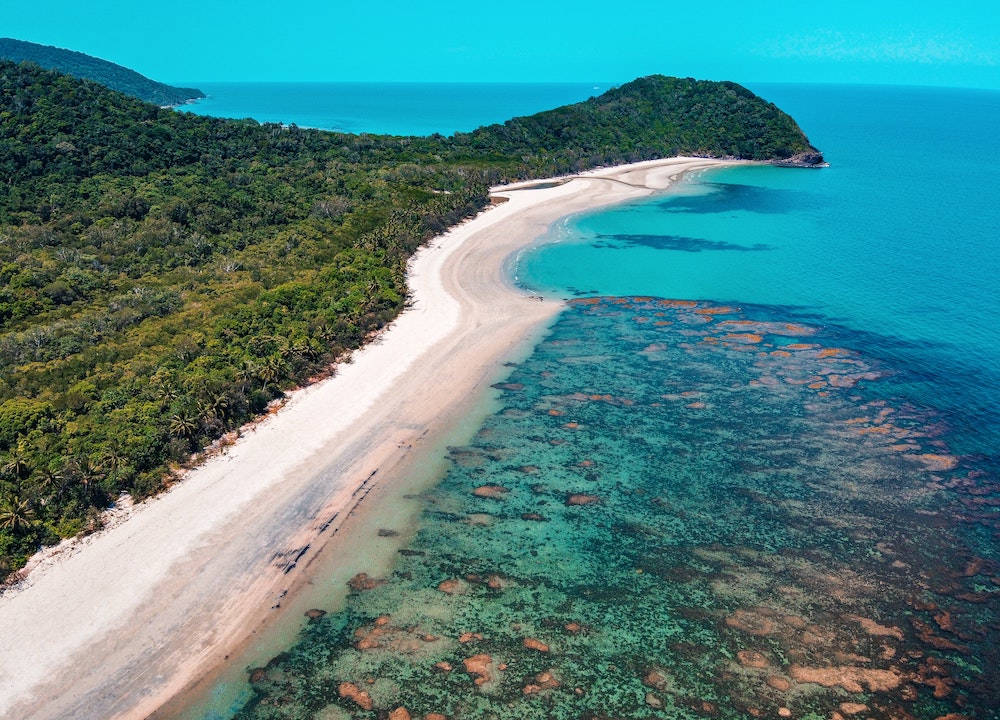 The groundbreaking study, conducted by researchers from the Australian Research Council Centre of Excellence’s Coral Reef Studies unit, draws on two decades’ worth of data collected between 1995 and 2017.

Findings published earlier this month in the Proceedings of the Royal Society confirm what many scientists have long feared: corals on the GBR are dying at an alarming rate.

Populations of small, medium and large corals were all found to have decreased along the length of the 340,000 square-kilometre reef, with an average depletion rate of 50%. The authors added that in some areas, all the corals had been wiped out.

We used to think the Great Barrier Reef is protected by its sheer size – but our results show that even the world’s largest and relatively well-protected reef system is increasingly compromised and in decline.

The study links declining populations with coral bleaching, which has in turn been tied to rising water temperatures and global warming. Perhaps most disturbing of all, the study purports that the GBR’s ability to regenerate after a shock event such as a mass coral bleaching has been compromised.

Up until now, many scientists subscribed to the ‘strength in numbers’ principle. Now we know this might not be the case. “We used to think the Great Barrier Reef is protected by its sheer size – but our results show that even the world’s largest and relatively well-protected reef system is increasingly compromised and in decline,” Professor Terry Hughes, former director of the centre and co-author of the report, said.

What it means for our reef…

Unfortunately, the news gets worse. As if an overall loss of coral coverage wasn’t bad enough, the study showed marked declines in large breeding adult corals as well. Fewer adults means fewer coral larvae, which will impact population trajectories for decades to come.

Of the many thousands of organisms that make up a reef’s ecosystem, corals play a critical role. They’re fundamental to biodiversity, and their loss has a cascading effect, the impacts of which we’re only just beginning to see.

The report’s authors compare corals to old-growth trees in a forest: they are the foundation on which countless other organisms, from the tiniest algae to the largest mammals, depend.

Their data shows that none of the 400-odd species of corals found on the GBR are immune from coral bleaching, but that branched and flat-topped corals are particularly vulnerable. These are the same corals that form the overall structure of the reef.

As they thin out, the ‘bones’ of the marine habitat that 1,500 species of fish depend on get smaller and smaller, as if trees in a rainforest were being logged. 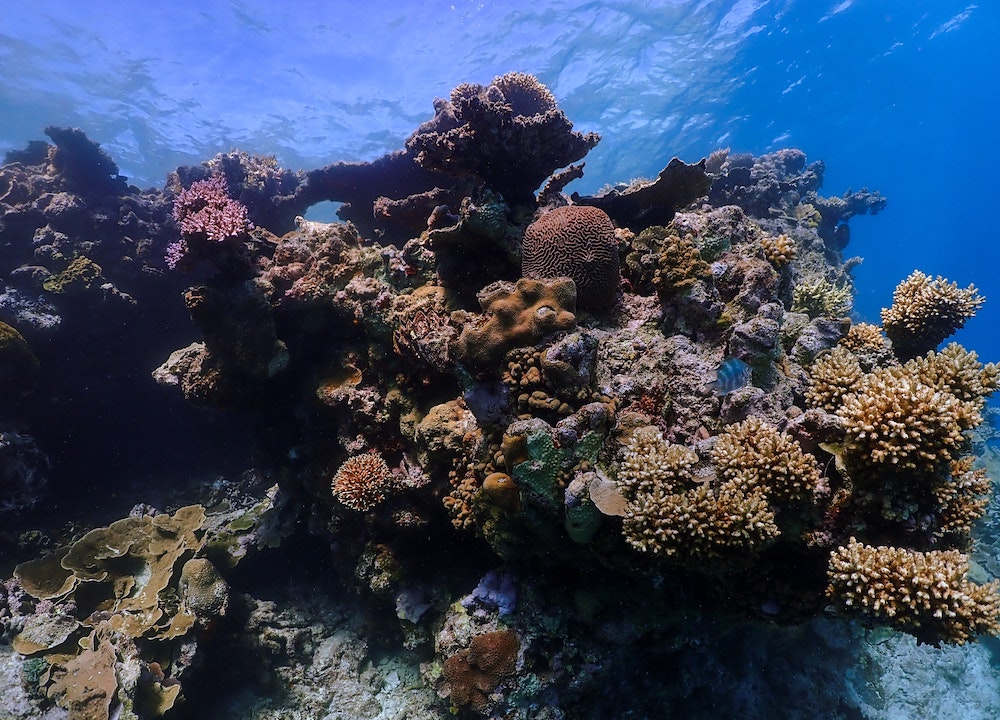 PHOTO BY KRISTIN HOEL VIA UNSPLASH.

The root of the problem

What’s causing so many corals to die? During the course of the longitudinal study, several documented “reef disturbances” occurred, including a few localised cyclones and two outbreaks of deadly crown-of-thorns starfish.

But researchers point to coral bleaching as a major driver of coral loss. Two mass-bleaching events occurred in 2016 and 2017, just as the study was getting underway.

What is coral bleaching?

We’ve all seen images of pale, anaemic corals that look as if they’ve been drained of colour and life. This is coral bleaching in action, a process that causes corals to lose their vibrant colours by forcing algae from their tissues.

Coral bleaching occurs when the coral is put under stress. There are many triggers for this phenomenon, including a sudden change in ocean temperature (either an increase or a drop), overexposure to sunlight, and low tides. Coral bleaching has also been connected to water pollution from chemical runoff.

Human-induced climate change has been linked to more frequent and more intense marine heatwaves like the worst bleaching event in recorded history, which hit the GBR in 2016.

When a coral is stripped of its algae – its main food source – it is more susceptible to disease. Infectious disease outbreaks are more likely to occur in warmer waters, too. Corals can recover after a bleaching, but it often takes decades. If the bleaching is prolonged, the coral is likely to die.

This new research shows that corals on the GBR probably aren’t as resilient as scientists previously thought. Of those impacted by the bleaching events of 2016 and 2017, a large number simply died from stress.

Ocean acidification, another phenomenon that’s been linked to human-induced climate change, plays a role in reef stunting. When CO2 from the atmosphere is absorbed into the ocean, it reduces coral calcification, impacting growth rates.

It’s difficult to compare the results of this study with coral death rates pre-1995 because researchers lack the data. But it is known that coral bleaching and ocean acidification have both amped up in recent years as our oceans have become progressively warmer.

In the first months of 2020, another bleaching event occurred, and is feared to be the most widespread yet, impacting all three major sections of the reef. 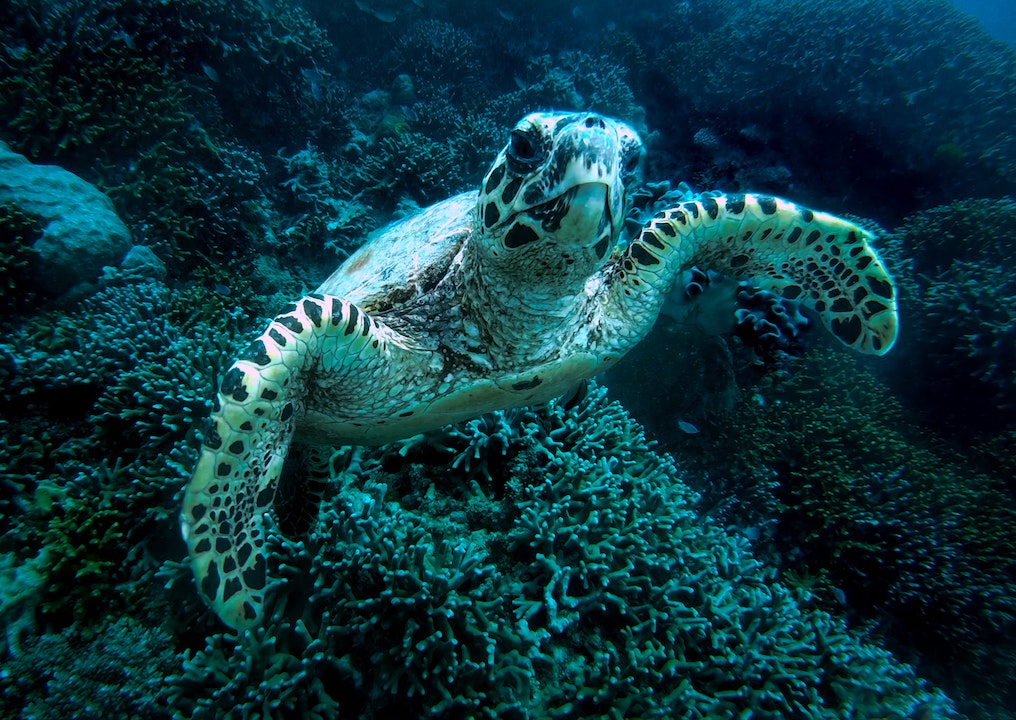 PHOTO BY SAM POWER VIA UNSPLASH.

Is this the point of no return?

Although the prognosis sounds grim, authors of this latest study have been quick to point out that the Great Barrier Reef isn’t a write off. Billions of corals are still thriving on the reef and are in need of protection. Scientists are using these latest findings to call for urgent action to stabilise ocean temperatures and give damaged corals a chance to recover.

Two years ago to the week, a monumental IPCC Report warned that we have a 12-year window to curb global warming and avoid a full-blown climate crisis. The call to action has never been more urgent: if we fail to put a dint in global emissions, scientists believe that deadly coral bleaching events could become an annual occurrence.

The fate of the GBR, and other reefs around the world, hinges on the pace of climate change over the coming years. Globally, 33% of reef-building corals are threatened according to the IUCN, and UNESCO has stated all 29 World Heritage-listed reefs, including the GBR, would cease to exist by the end of the century should the status quo prevail.

Hard data like that released by the ARC this month is exactly what’s needed to spark meaningful policy change and spur civic action to safeguard the reef.

As this latest study was being digested, Citizens of the Great Barrier Reef began the process of collecting more evidence of coral decay, dispatching a fleet of tourist boats and yachts for a 10-week census of populations. A team of snorkelers and divers, many of them citizen scientists, are currently photographing and documenting coral loss in the most critical parts of the reef.

Hard data like that released by the ARC this month is exactly what’s needed to spark meaningful policy change and spur civic action to safeguard the reef.

There are some promising signs of progress in the policy world, too. Twelve months ago, groundbreaking legislation was passed in Queensland to better regulate agricultural runoff into the rivers that feed the GBR. Now a new initiative is underway to enhance water quality, with the Sydney Morning Herald reporting on a Reef Credit Scheme in the days after the research was made public. Similar to carbon offsets, the plan would incentivise landholders to work towards improved water quality.

Pollution, of course, is just one part of the problem – we still have a long way to go before rising ocean temperatures and climate change more broadly is brought under control.