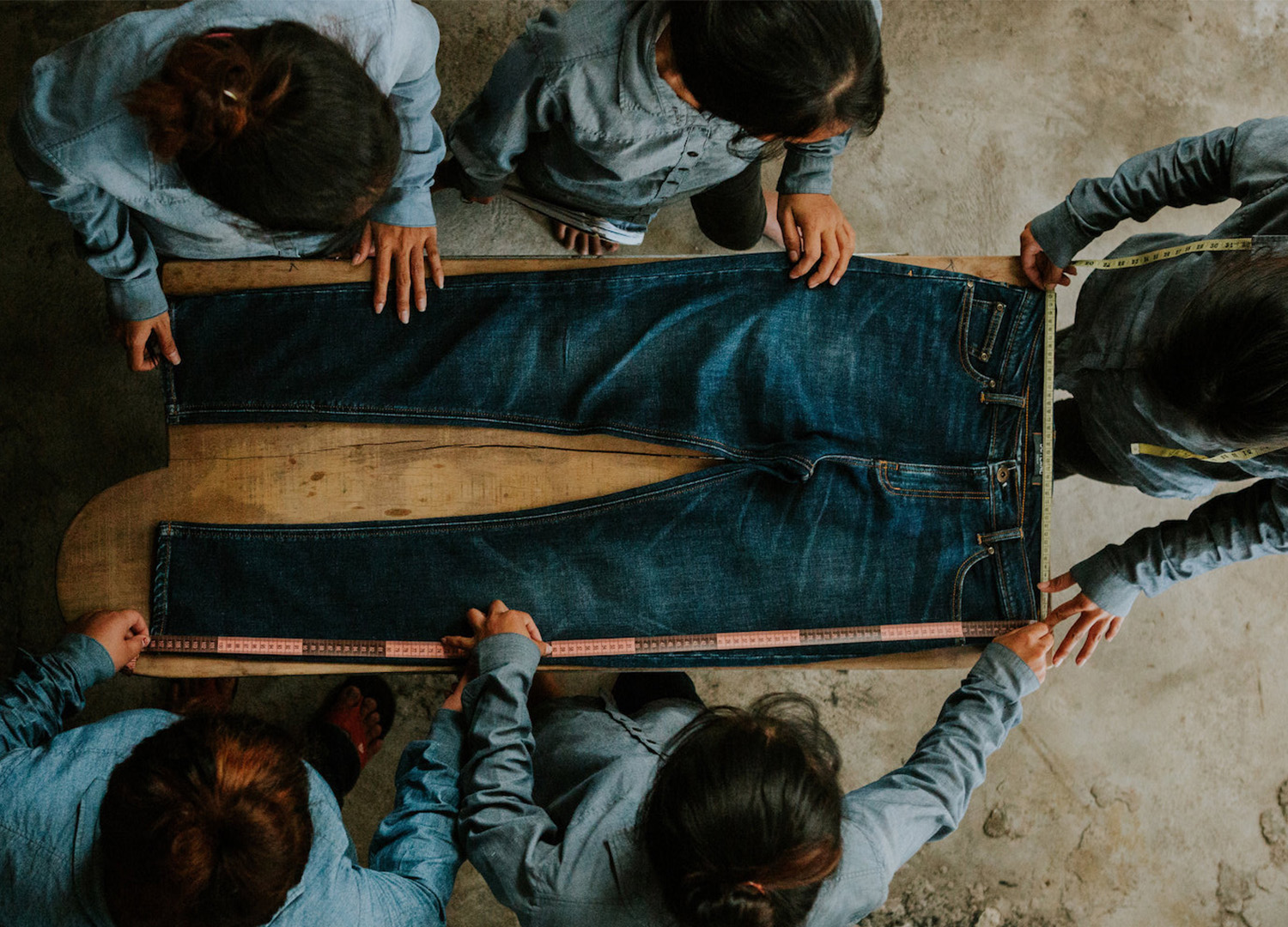 Returning this year, after last year’s special COVID edition, the Ethical Fashion Report is back. Compiled by Baptist World Aid Australia, in partnership with Tearfund New Zealand, the report aims to help consumers make informed, ethical shopping choices, and apply pressure to industry players to uphold policies that protect their workers and the environment.

This year the report (which was released last week), surveyed 420 brands across 98 companies on 18 different facets of their supply chains. These included policies and governance, tracing and risk, supplier relationships and human rights monitoring, worker empowerment and environmental sustainability. Each company was then allocated a grade from A+ to F based on evidence supplied, whether that was publicly available or directly provided to the research team.

The report has previously received some criticism for a focus on policy over practices, but this year it has been openly denounced by notable brands such as Outland Denim, whose founder, James Bartle, called it “potentially one of the greatest setbacks to the ethical and environmental sustainability movements I’ve witnessed in the past 10 years”. 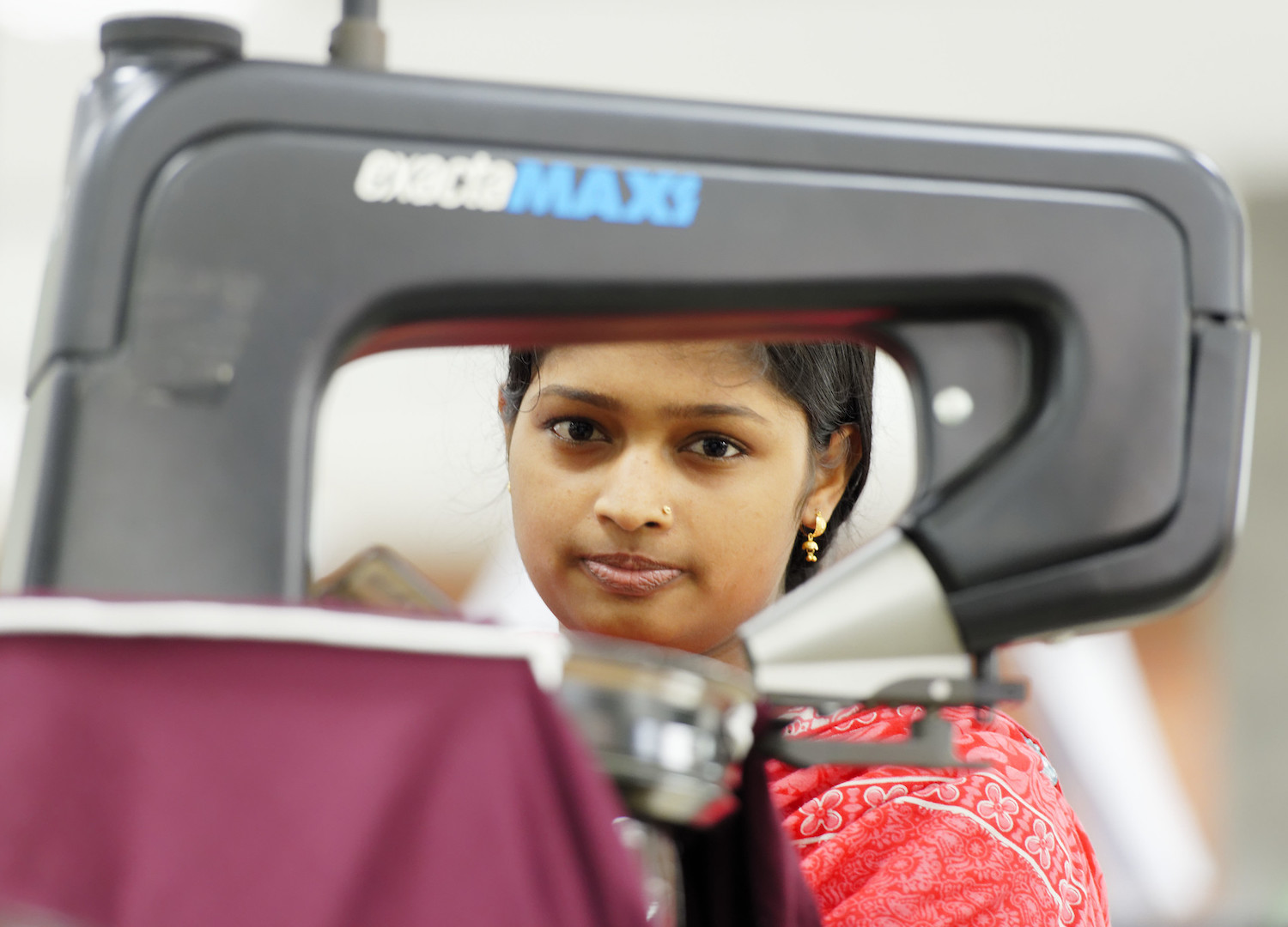 What Does the Report Say?

Only four brands received the highest possible grade of A+ (down from seven in 2019): Etiko, Joyya, Mighty Good Basics, and notably, Outland Denim. Brands like Kmart, Target, Cotton On Group and David Jones were awarded a B, and the likes of Sheike, Jeans West and Bardot ranked an F.

However, these are mostly indications of intent rather than outcome. 69% of companies may be trying to trace raw material suppliers but only 28% know where even half their raw materials come from. 43 companies have made a public commitment to pay workers a living wage, nearly doubling the number from 2019, but only four companies can actually demonstrate that they pay this in all final stage facilities. Just 19% of companies demonstrate successful corrective action plans for wage or overtime violations. 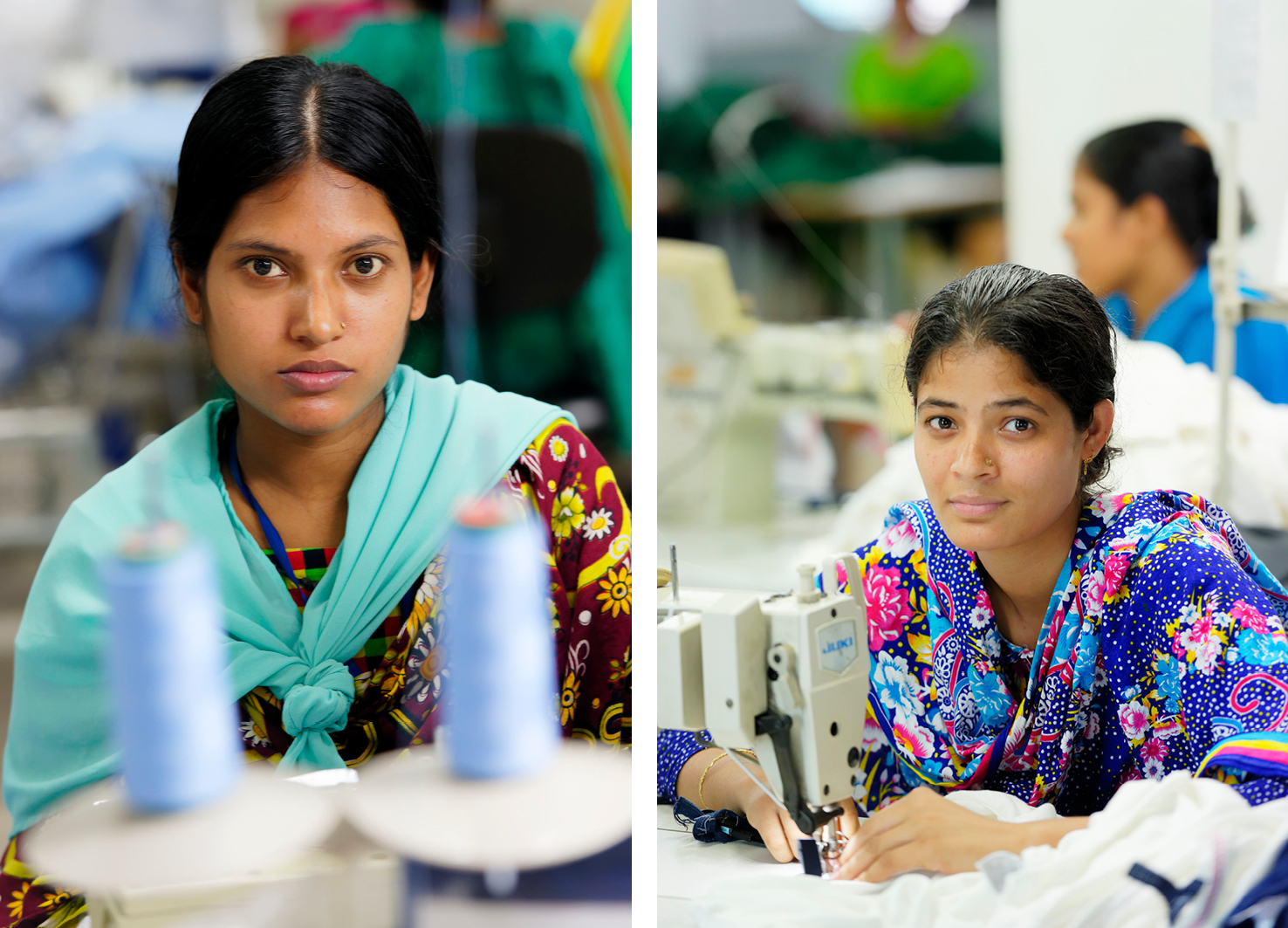 Overall, the report identifies three of the biggest challenges facing the industry in 2021 as modern slavery, climate change and COVID-19.

Over 40.3 million people worldwide are currently trapped in modern slavery. 152 million children undertake exploitative child labour. It is estimated that modern slavery generates a global profit of US$150 billion. According to BWA, the fashion industry is one of the top five global industries most likely to utilise modern slavery. Many companies state they have never detected modern slavery in their supply chain, however only 26% of companies have a remediation process in place at final stage and even fewer at inputs and raw materials. The report states that “companies fail to understand the extent to which garment workers are at risk of forced and child labour and are underprepared to deal with cases that are identified” and suggests the best step to combating labour exploitation and modern slavery is empowering workers with living wages and collective bargaining groups.

The fashion industry is estimated to contribute up to 10% of global greenhouse gas emissions, over 2 billion tonnes a year. This is twice the output of the global aviation industry. If the fashion industry fails to take significant emission reduction measures, its annual emissions are predicted to rise to 2.7 billion tonnes by 2030. The report indicates that 50% of companies are beginning to examine the issue of overproduction as a climate change prevention strategy. It suggests if the industry were to focus its efforts on minimising excess inventory by just 10 percent, emissions could be reduced by 158 million tonnes by 2030.

In 2020, Baptist World Aid Australia released the COVID Fashion Report which identified risks to garment workers during the pandemic including unreasonable order cancellations and penalties resulting in wage loss, inadequate health and safety measures, mass layoffs without compensation, union busting, movement restrictions and forced overtime when lockdowns were lifted. Returning one year later, as the virus has morphed into deadlier variants, it indicates working conditions have become even more precarious in many places. Between March 2020 and March 2021, it is estimated that garment workers lost more than US$11.85 billion due to widespread lockdowns, decreased or cancelled orders and withheld payments. 95% of workers fired during the pandemic were not paid their legally owed severance compensation, with severance theft likely exceeding half a billion dollars across supply chains globally.

The Ethics of Ethics Reports

Upon the publication of this year’s Ethical Fashion Report, Outland Denim’s founding CEO took to Instagram with a thorough denunciation of the report and a call for it to be taken down.

Outland Denim was one of only four companies to receive the highest possible grade of A+ in the report, the same four who demonstrably paid living wages at all final stage facilities. This, in part, formed the basis of James’s critique: that the undervaluing of workers’ empowerment and the low standard of grading in the report are misleading to customers and empower fashion companies to continue greenwashing.

This year’s report was the first time the grading scale for the Ethical Fashion Report was published, in the interest of transparency. It revealed that the mean company score across all categories – 33.6 in 2021 – is used as the threshold between a B and C.

James suggests the leniency of this grading scale obfuscates the casual consumer’s understanding of the severity of worker abuse. Worker empowerment is consistently the lowest scoring section in the report – 75 companies received D or F (a score of 0-19.99%) and several of these companies still received an overall A grade. 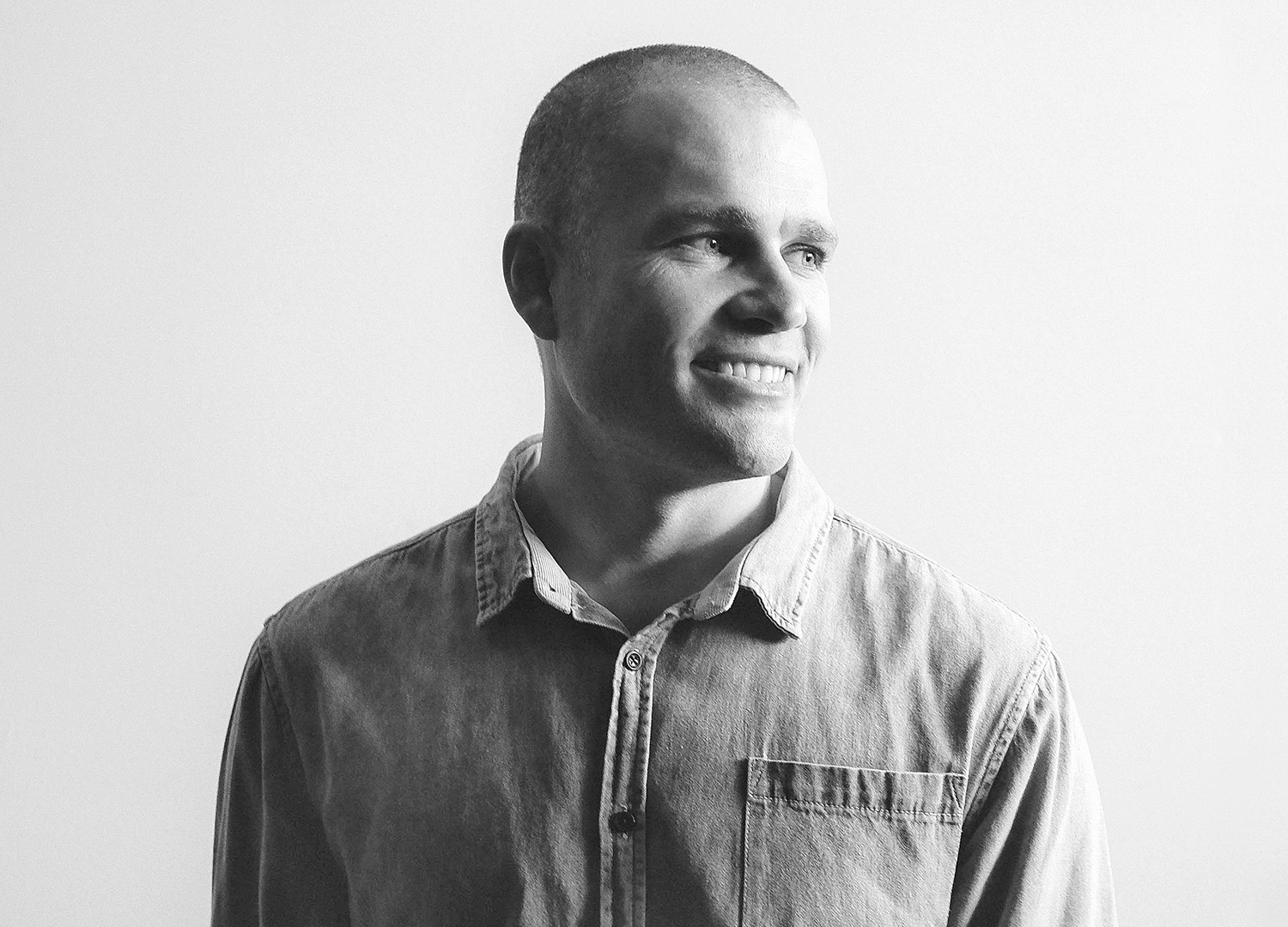 “How is it possible that certain brands score so highly and yet have a reputation of exploitation on both social and environmental levels?” James writes. “For example, under one of the five scoring categories, Worker Empowerment, any score above a C would lead me, and I assume most people who read it, to believe that these companies pass on one of the most important factors in ‘ethical fashion’, living wages.”

“With the current display of the brand rankings, I fear most shoppers looking to use the guide will unknowingly be supporting brands that are not in alignment with their own values and, once again, these fashion giants will leap ahead and use the report as a powerful greenwashing tool,” he continues. “We know that for consumers, navigating endless certifications, supply chain industry lingo and greenwashing is already a pain-point in trusting brands, and I fear that the way this report displays its ratings makes things even more confusing.”

James stresses he believes in the good intentions of the BWA, rather his concerns lay in the outcomes that their scoring system may create.

“I believe BWA and every single individual in their team has the best of intentions and, like us, want to see transformation in this industry. But in execution, the best of intentions do not always lead to positive impact,” he says. “With these concerns, I felt it was only fair to first call BWA’s Director of Advocacy, Peter Keegan. As I shared my concerns with Peter, I was nothing but impressed with his humility and obvious commitment to fight for the vulnerable. I had the impression that the goal of BWA’s report was to encourage and spur our industry to strive for better, and I must say I do appreciate the strategy, however, it leaves already exploitative brands with one of the highest endorsements in the ethical reporting ring.

“I believe that the report is damaging, and therefore I am calling for Baptist World Aid to remove the report and reconsider the presentation of ratings in order to demonstrate an accurate and easy-to-understand rating system so that consumers can quickly understand the scores of brands.”

You can download a copy of the report here. James Bartle’s statement can be read in full below.