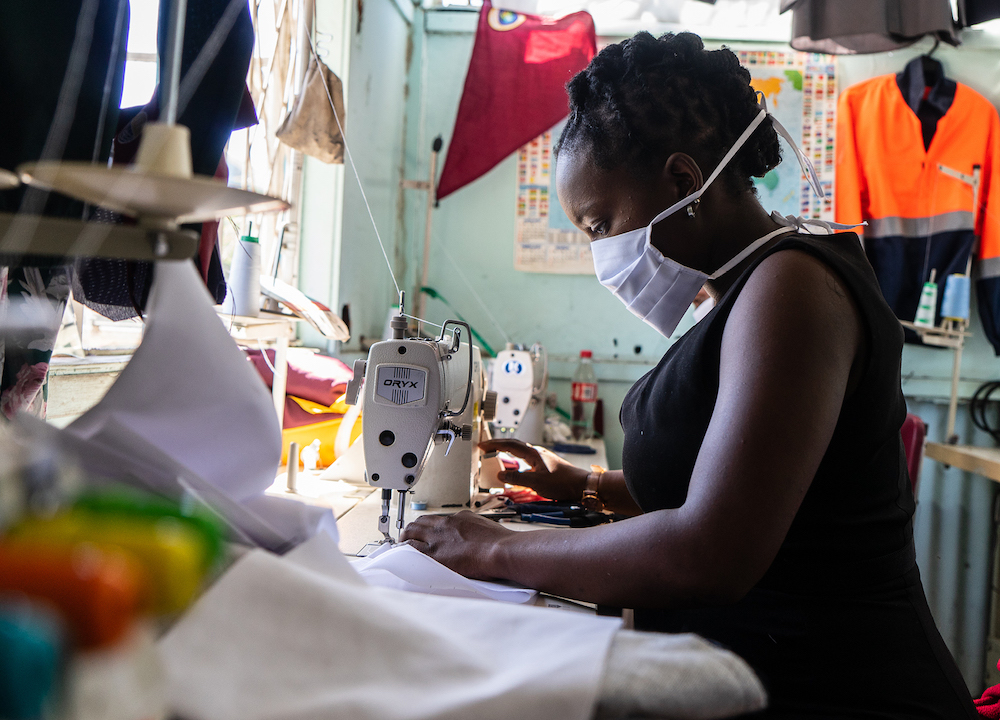 Do your favourite fashion brands step up to the challenge in times of adversity, or do they crumble? The COVID Fashion Report, a special edition of the Ethical Fashion Report, has the answers.

Published last week, the report was produced by Baptist World Aid Australia and Tearfund New Zealand – the same research team behind the Ethical Fashion Report, which famously grades brands from A+ to F based on their policies and actions around worker’s rights.

In the absence of a 2020 report (the release has been delayed until next year), the special edition 67-page COVID Fashion Report assesses industry response to the pandemic based on the actions (or inaction) of individual brands.

To gauge this, researchers established the COVID Fashion Commitments – a set of six criteria concerning the payment of wages, protection of workers’ rights and safety, and keeping communication channels open in the context of the pandemic. There’s also a new, simplified rating system, with companies given one of three grades: All, Some or NE (No Evidence).

The key takeaway of the report is that 72% of the 96 Australian and international fashion companies demonstrated ‘evidence of some action’ around one or more of the commitments, indicating “some deliberate positive action to support workers in their supply chains”.

But what does this actually mean for workers, and is it enough? 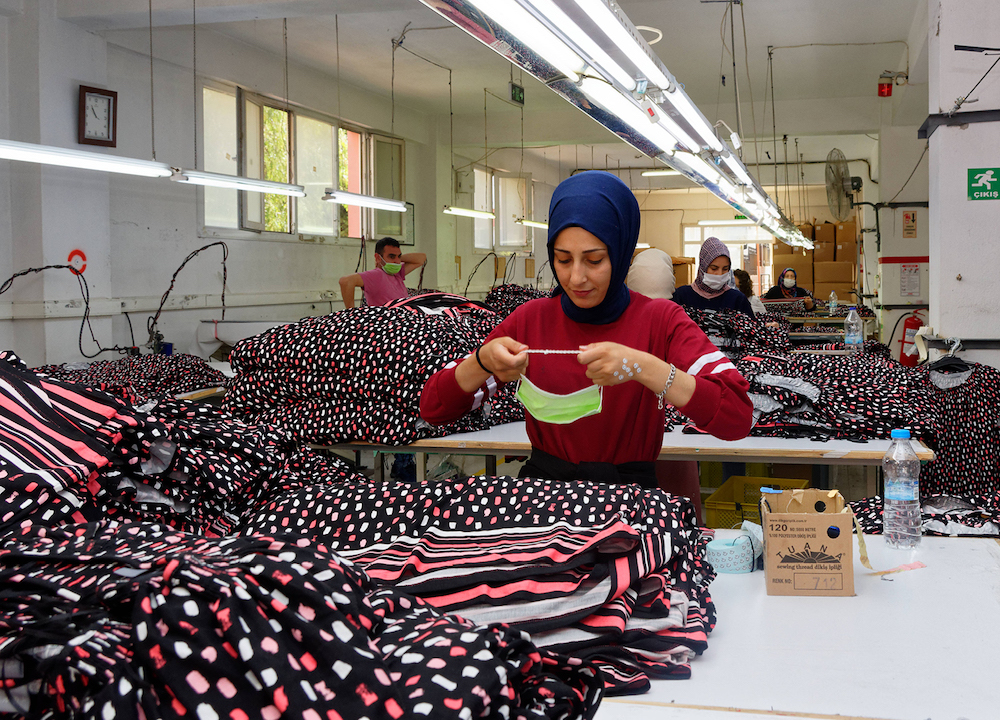 COVID’s impact on the fashion industry

Before attempting to digest the results of the COVID Fashion Report, it’s important to understand the context of the research. As we wrote back in June, the fashion world has been thrown into crisis, with sales down across the board and many well-known brands entering into administration as a result.

As researchers themselves point out, the events of 2020 added an extra few layers of difficulty to data collection and analysis. The study took place between March and July as the pandemic was unfolding. Disruptions linked to COVID-19 – short staffing, restricted communications, a complete halt to garment facility inspections and the different legal requirements put on brands as a result of going into administration, for a start – have understandably impacted the quantity and quality of data researchers were able to obtain.

If there were ever a time for brands to step up to the challenge and put their policies into action to mitigate the human cost of the pandemic, it’s now.

Still, research of this kind is absolutely vital at a time like this. As the report highlights, those on the bottom rungs of the supply chain have been impacted most acutely by COVID-19. Workers’ rights are often the first thing to be sacrificed in the struggle to cut costs and survive. An estimated 50 million garment workers found themselves out of a job between March and May alone, the report says.

If there were ever a time for brands to step up to the challenge and put their policies into action to mitigate the human cost of the pandemic, it’s now.

Measuring industry ethics in the time of COVID-19

Instead of the detailed criteria we’re used to seeing in previous editions of the Ethical Fashion Report, this study uses a set of six markers that reflect the key priorities for garment workers right now:

Though the criteria are much broader and less data-driven, researchers still requested hard evidence from brands to back-up their claims.

The final rating system is also a departure from previous reports. Companies received a single overarching grade related to how many of the six COVID Fashion Commitments they could demonstrate satisfying: All, Some or NE (no evidence). Interestingly, the report doesn’t break the results down by commitment. Of the companies that were deemed to meet some of the criteria, it’s not possible to see how many or which ones. 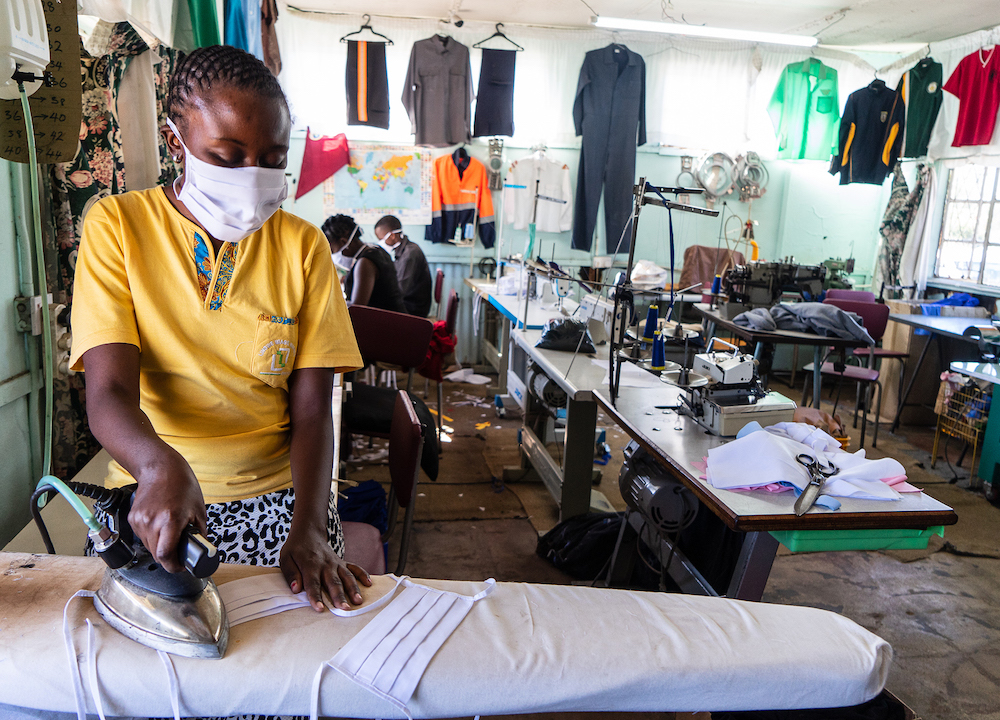 Which brands have stepped up to the challenge?

The report reveals that 43 brands are taking action around all six COVID Fashion Commitments. A further 26 are realising some of the commitments, bringing the total percentage of companies demonstrating proactive measures to 72%.

Adidas, Country Road, Cue, David Jones and outdoor giants Kathmandu and Patagonia are among the companies to be given a green ‘All’ rating. Contentious players ASOS, Big W, Cotton On Group, UNIQLO, H&M, Inditex (Zara and others) and Kmart & Target Australia also received a grade of ‘All’.

As the report points out, companies that already had a robust ethical framework in place coming into the crisis have been able to respond much more effectively. Of the companies that received a grade of B+ or better in last year’s report, 75% showed evidence of working towards all six commitments. All seven brands that received the top mark of A+ in 2019 – including Etiko, Outland Denim, Icebreaker and Mighty Good Group – fall in the green category.

Of the companies that received a grade of B+ or better in last year’s report, 75% showed evidence of working towards all six commitments.

Meanwhile Nike, Forever New, Myer, Tree of Life, Ralph Lauren, Best and Less, and Lorna Jane were among those that demonstrated evidence of working on ‘Some’ of the commitments.

Companies given a red ‘No Evidence’ result include Forever 21, Coles, Bardot and R.M. Williams. All three companies included in the report that went into administration in 2020 – Jeanswest, Seafolly and PAS Group (Review, Jets and other brands) – also received an NE grade.

Importantly, not one of the 96 companies could demonstrate that their actions extended to every worker at every tier of their supply chain – a reminder of the complexity and opaqueness of the system that’s come under criticism in every edition of the Ethical Fashion Report to date.

What exactly are brands doing?

Of the six commitments, the first (support workers’ wages by honouring supplier commitments) is perhaps the easiest to measure. Under normal circumstances, garment workers are usually paid by contractors once an order is fulfilled. When the pandemic hit, many companies cancelled orders that had already been commissioned or even completed, leaving workers in the lurch.

Instead of cutting garment workers off, 65% of companies featured in the report showed some evidence that they have continued to pay wages via their suppliers. However, this result is primarily based on ‘public commitments’ rather than hard data. Only 10% of companies could provide tangible evidence (a paper trail) to show that wages have actually been paid.

Commitment 2 asks companies whether they identify and support workers who are most at risk – namely migrant labourers, informal workers and women. On this criteria, just over half (53%) of companies demonstrated that they are taking measures.

The results of Commitment 3, which deals with feedback mechanisms and collaboration with labour unions to ensure garment workers’ voices are heard, is cause for concern. Communication is one of the first things to fall apart under crisis conditions, and the research bears that out: only 28% of companies are taking action towards this end.

Since workplace inspections have been halted in most countries, upholding “respect” for workers’ rights and safe conditions, which falls under Commitment 4, was assessed based on a company’s relationship with its suppliers on the ground. The majority of companies (56%) maintain communication with their suppliers regarding the health and safety of their workforce, and 37 companies provide hygiene resources (masks, hand sanitiser) for use in their facilities. More than half of companies haven’t conducted an in-person audit since the pandemic began.

On the much broader but no less important promise to take a collaborative approach to protect vulnerable workers, Commitment 5, companies fared better. 59% are working with the ILO or another body, and one in five companies is sharing audit data with its peers – a promising indicator of cooperation going forward. 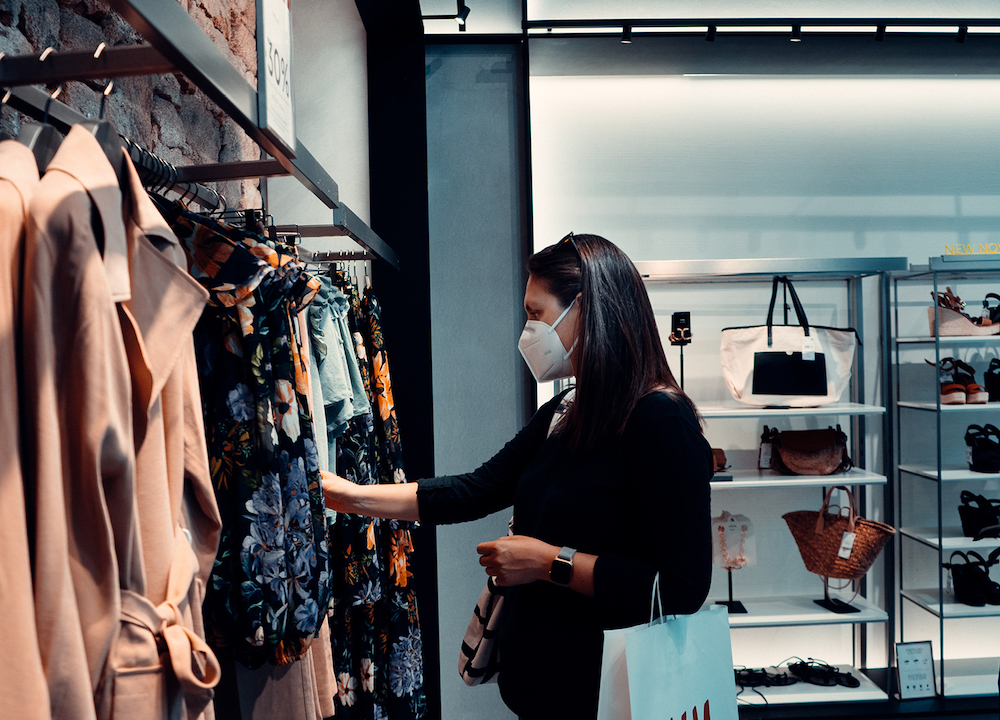 What this means for the future of fashion…

As the fashion industry starts to slowly rebuild, authors of the COVID Fashion Report point out that the six pressure points identified can be used as a framework for change.

On the final Commitment 6, build back better for workers and the world, more than half of companies still planned to meet their pre-pandemic goals around both workers’ rights and the environment – no short order in these trying times. Eight companies have doubled down to accelerate their strategies. A smaller number have identified new targets or strategies – but remember, it’s early days yet.

As things start to level out and we’re given the space to reflect, it’s hoped that more companies will use the lessons learned from the crisis to set their bar higher. Consumers also have a role to play – the report concludes with a set of recommendations and urges shoppers to back the brands that have stepped up during the pandemic. The COVID Fashion Guide, an accompanying document also released last week, offers some brief practical tips.

So what will fashion’s ‘new normal’ look like? We’ll have to wait for the upcoming 2021 Ethical Fashion Report for an indication.