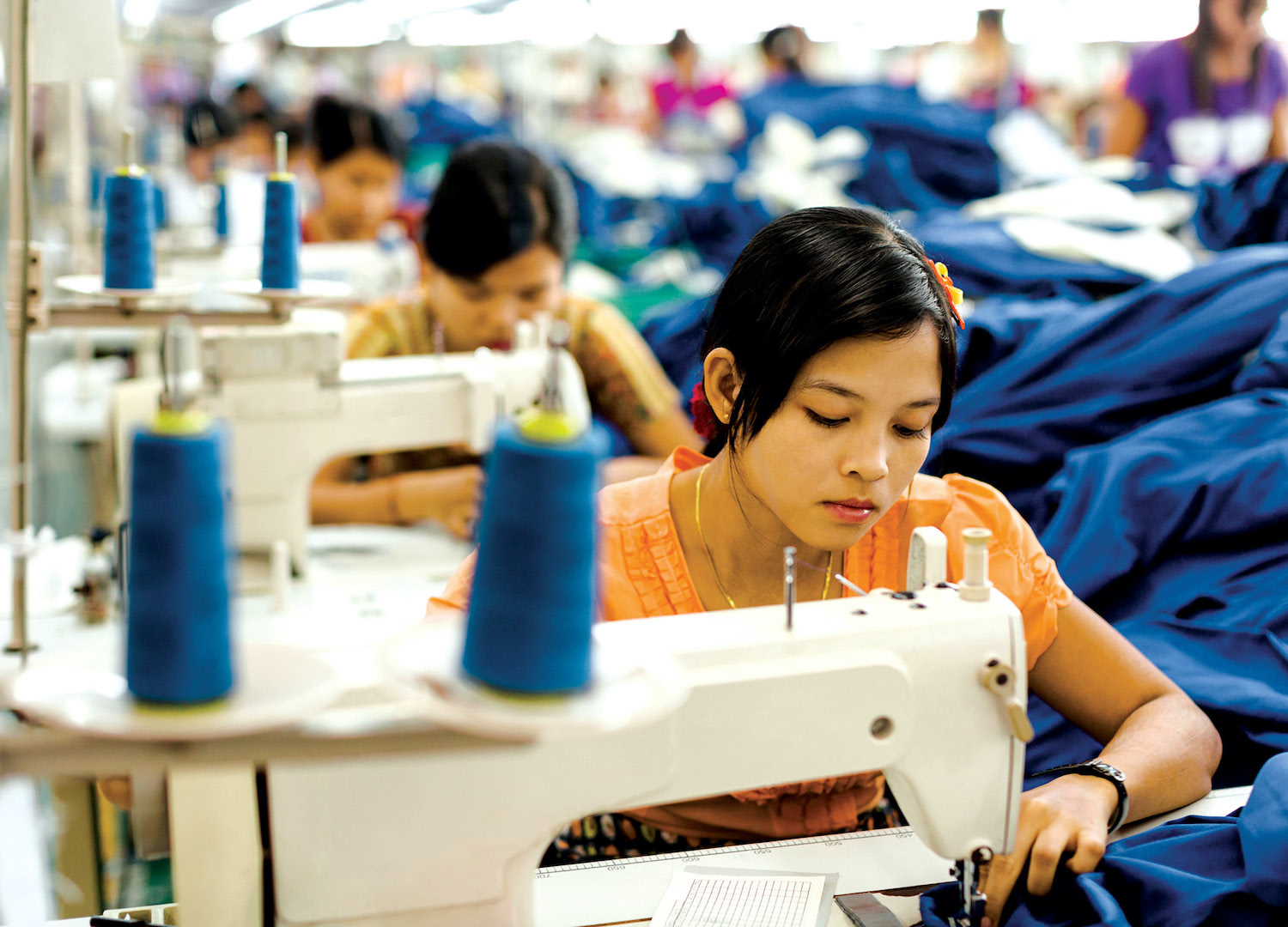 The ninth edition since the project’s inception in 2013, it’s the largest and most transparent yet, assessing 120 companies representing 581 brands (161 more than the previous year’s report) and shining a spotlight on six key issues: tracing materials beyond final-stage; remediation of labour exploitation; payment of living wages; support for worker voice and empowerment; use of sustainable fibres; and commitment to climate action. 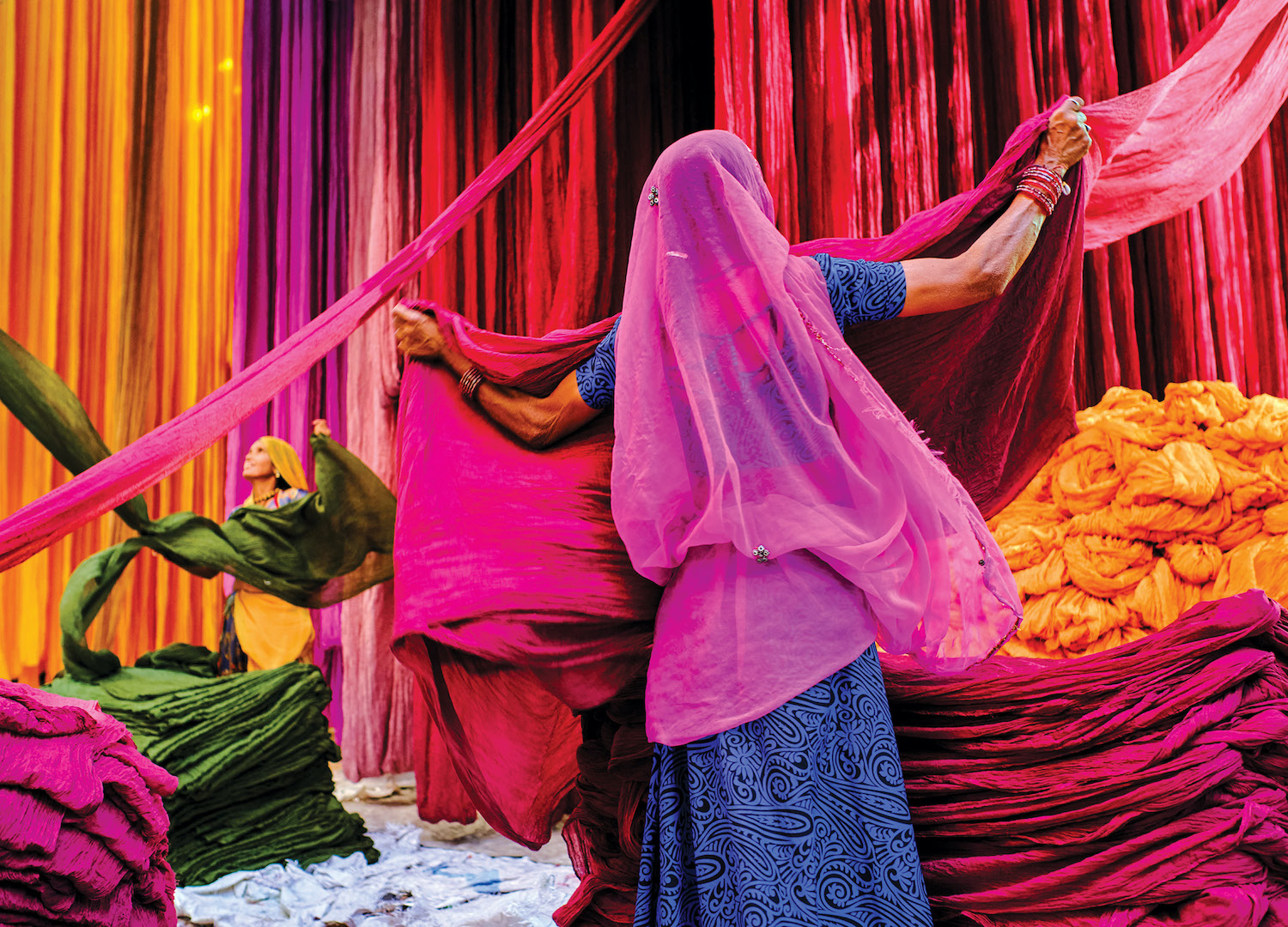 The biggest change comes from the BWA themselves who have changed from their previous A+ to F grading system to numerical scores out of 100 which they say results in “a more transparent assessment of each brand’s progress and performance”.

This change is possibly a response to criticisms levied at the report last year by Outland Denim CEO James Bartle, among others, who denounced the previous grading system as confusing and damaging to ethical and environmental sustainability movements.

The average score across all companies was just 29 out of 100, down from 33.6 in 2022. While BWA admits “the overall results paint a bleak picture”, they stress that part of this decline comes from the inclusion of new companies (those participating in the report for the first time this year had an average score of 9.7) and that brands that have participated in the report for multiple years show “continued incremental improvement” towards more ethical practices.

Cost of living is a concern for many Australians in 2022, but for most of the world’s garment workers, earning a living wage is a lifelong struggle. 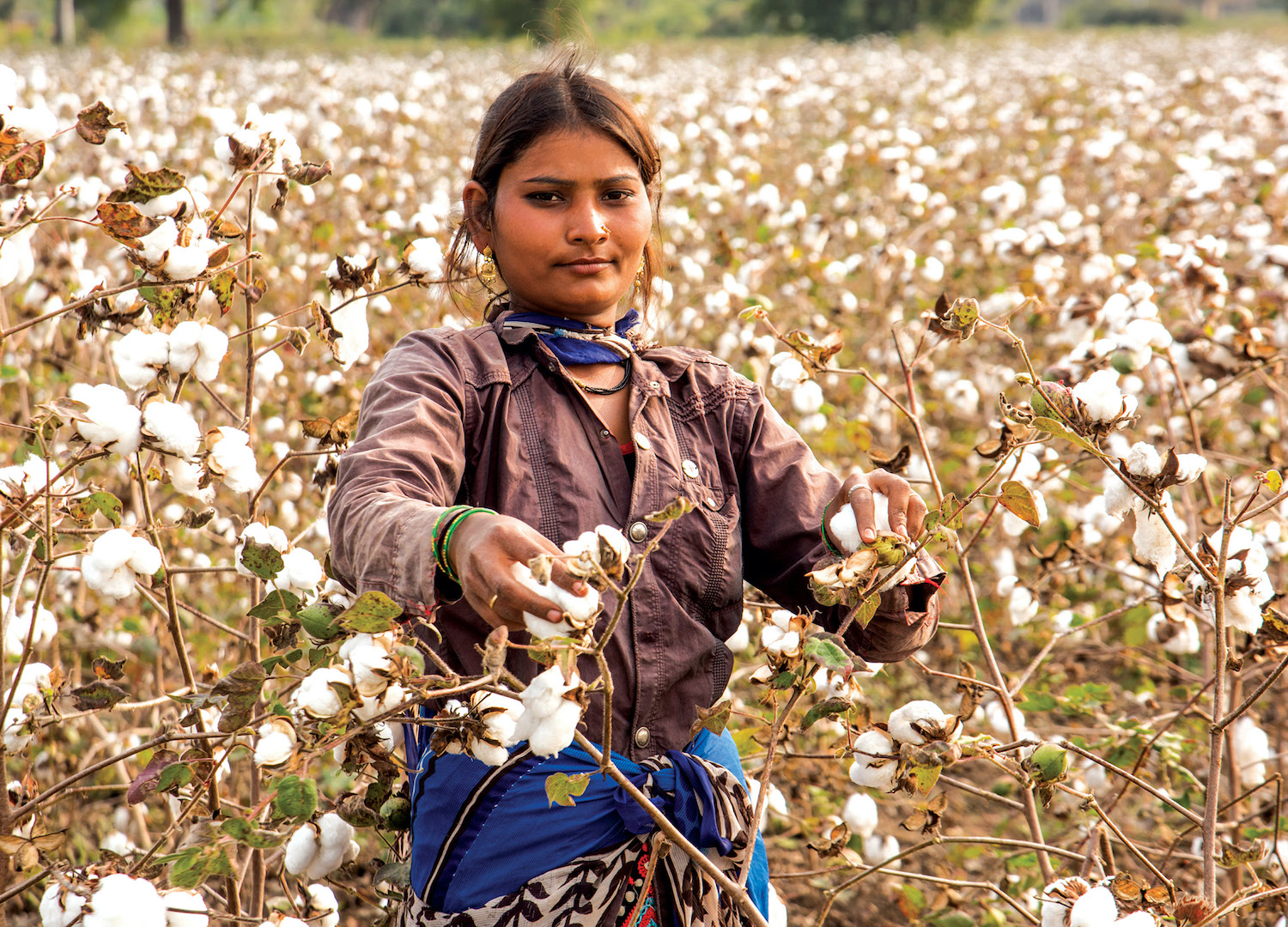 Fair payment and treatment of workers continue to be a black stain on the fashion industry at large. In 2022, only 10% of companies evidenced payment of living wages at some final-stage factories with 90% paying no living wage at any of their final-stage factories. Further down the supply chain, only 3.3% of fashion companies demonstrated living wage payments at some input facilities (such as fabric mills and tanneries) and only one company at raw materials.

“Cost of living is a concern for many Australians in 2022, but for most of the world’s garment workers, earning a living wage is a lifelong struggle,” says Sarah Knop, Corporate Advocacy Lead at Baptist World Aid. “Only one in 10 fashion companies assessed pay a living wage in the final stage of production – even less in the earlier stages of the supply chain.

“While it’s positive to see progress among some brands committed to improving their ethical supply chains in the last year, overall, this year’s Ethical Fashion Report is sobering reading for shoppers, investors and leaders in the fashion industry. It’s time for brands to prioritise action over rhetoric, to move from policies and commitments to tangible outcomes that support vulnerable workers and our vulnerable planet.”

Progress against labour exploitation apparently saw significant setbacks during the pandemic. The Ethical Fashion Report Survey assesses companies’ actions to address known cases of wage and overtime violations, and the robustness of their process for remediating child and forced labour. Just 26.7% of clothing companies had documented an effective process for responding to child and forced labour at final stage facilities, but only 8.6% at the inputs stage and 1.9% at raw materials.

“With over 60 million garment workers worldwide, it’s time to move beyond policies to take tangible action to empower workers at every stage of the supply chain. Stories of garment workers like Layla in our guide, who’ve worked 13-hour days from age 14, experienced workplace abuse, to earn just $85 a month, is far too common,” says Sarah.

Cost of living is a concern for many Australians in 2022, but for most of the world’s garment workers, earning a living wage is a lifelong struggle.

These findings are troubling given the prominence and profitability of footwear as an industry but the report acknowledges that footwear faces added complexity due to a large number of components and processes – requiring up to 65 separate parts and close to 360 assembly steps.

When it comes to the ongoing climate crises, the report suggests a gap in the uptake of sustainable practices and an uptick in widespread corporate greenwashing. To combat fashion’s dirty reputation, brands are claiming a marked increase in the use of sustainable fibres like organic cotton and promoting innovations ranging from recycled PET bottle-filled puffer jackets to sugarcane midsoles in sneakers. When it comes to using “some” sustainable fibres, 70.8% of footwear companies and 85.7% of clothing companies are doing so, but for more than half of these companies (54.2%), “some” sustainable fibre use represents 25% or less. This could be as low as one percent, little more than a token amount.

“Where these changes are real,” the report says, “they mark a positive step forward.” However, it notes that globally, the increased use of sustainable fibres is countered by an upward trend in the production of faster, cheaper, plastic-based fibres made from virgin materials. Conventional polyester remains the most widely used fibre in the world and is still one of the most polluting.

“Sustainability considerations cannot be limited to a niche range of ‘conscious’ products,” as the report says. “They must shape business strategy across all ranges when it comes to what, how, and how much is produced.”

The report notes that companies are ramping up their use of climate buzzwords, from “climate neutral” to “carbon negative” to “net zero”. But it says, “Without a consistent approach, most of these terms are little more than greenwashing.” Only 15% of companies assessed, for example, evidenced sufficient commitment and action for emissions reductions in line with the United Nations Fashion Industry Charter for Climate Action.

Australian companies, in particular, lag behind their international counterparts on this issue, with just one of these top 18 scorers based in Australia.

This year’s report is yet another reminder that we all have the responsibility to step up and be part of making change happen. 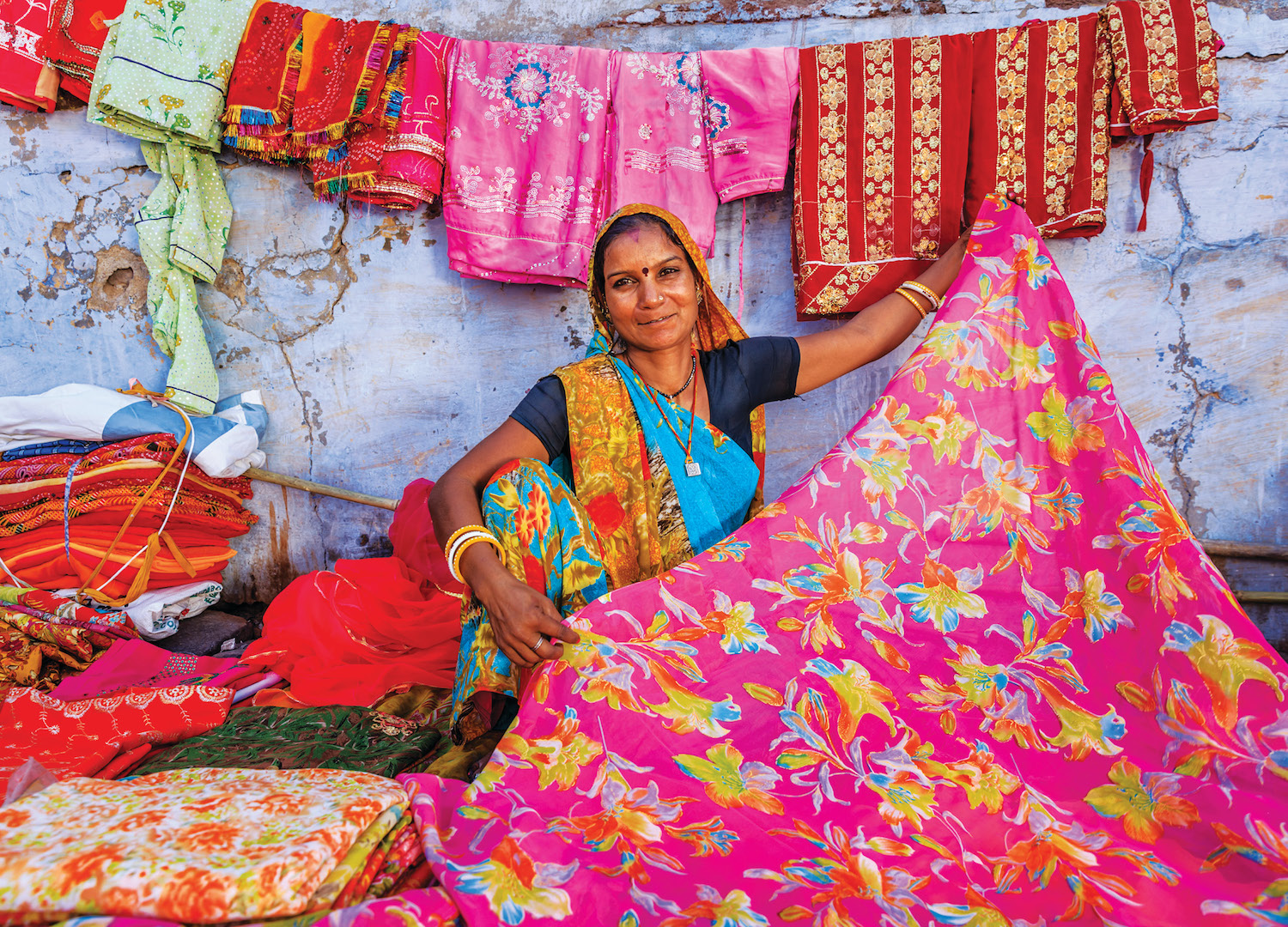 The report gives strong calls to action for both companies and consumers. “This year’s report is yet another reminder that we all have the responsibility to step up and be part of making that change happen,” it says. “Together – the industry, citizens, governments and organisations like Baptist World Aid – can make change for people and the planet.”

They are calling the fashion industry to:

ONE // Prioritise the wellbeing of people and the planet as core domains of accountability for the business.

But this year they are also encouraging consumers to use their power as global citizens to influence change. The BWA notes that over the last nine years, they have seen a significant shift in consumer trends, with Aussies buying twice as many items now as they were 15 years ago.

“While companies maintain primary responsibility for supply chain conditions, global citizens can also help shift industry practice by engaging with the ethical fashion movement and speaking out to companies,” the report suggests.

ONE // Speak out to brands.

TWO // Speak out to your social circles.

THREE // Speak out to the government.

You can learn more, and download a copy of the report here.