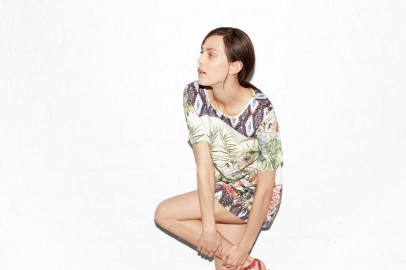 Though fashion giant Zara have been taking some commendable steps of late by adding their name to Greenpeace’s Detox Campaign and agreeing to green their practices, news has emerged overnight that the fast fashion leader is under investigation for “degrading” conditions in its Argentinian factories, forcing workers – allegedly including children – to toil for up to 16 hours a day with minimal to no breaks. Three factories producing Zara clothing were raided last week, led by head of Argentina’s Government Control Agency, Juan Gomez Centurion. “We found men and children who lived in the place where they worked. They were not registered and they were living in terrible conditions. They had no official documents and were held against their will, they were not allowed to leave their workplaces without permission,” he said.

In contrast, Zara’s profits have been growing steadily in recent years – partly attributed to The Duchess of Cambridge’s fondness for the label. Spokespeople for Zara said they were “surprised” by the allegations – the second South American slave labour controversy the mega-brand has been embroiled in in recent years. Investigations continue. {via news.com.au}