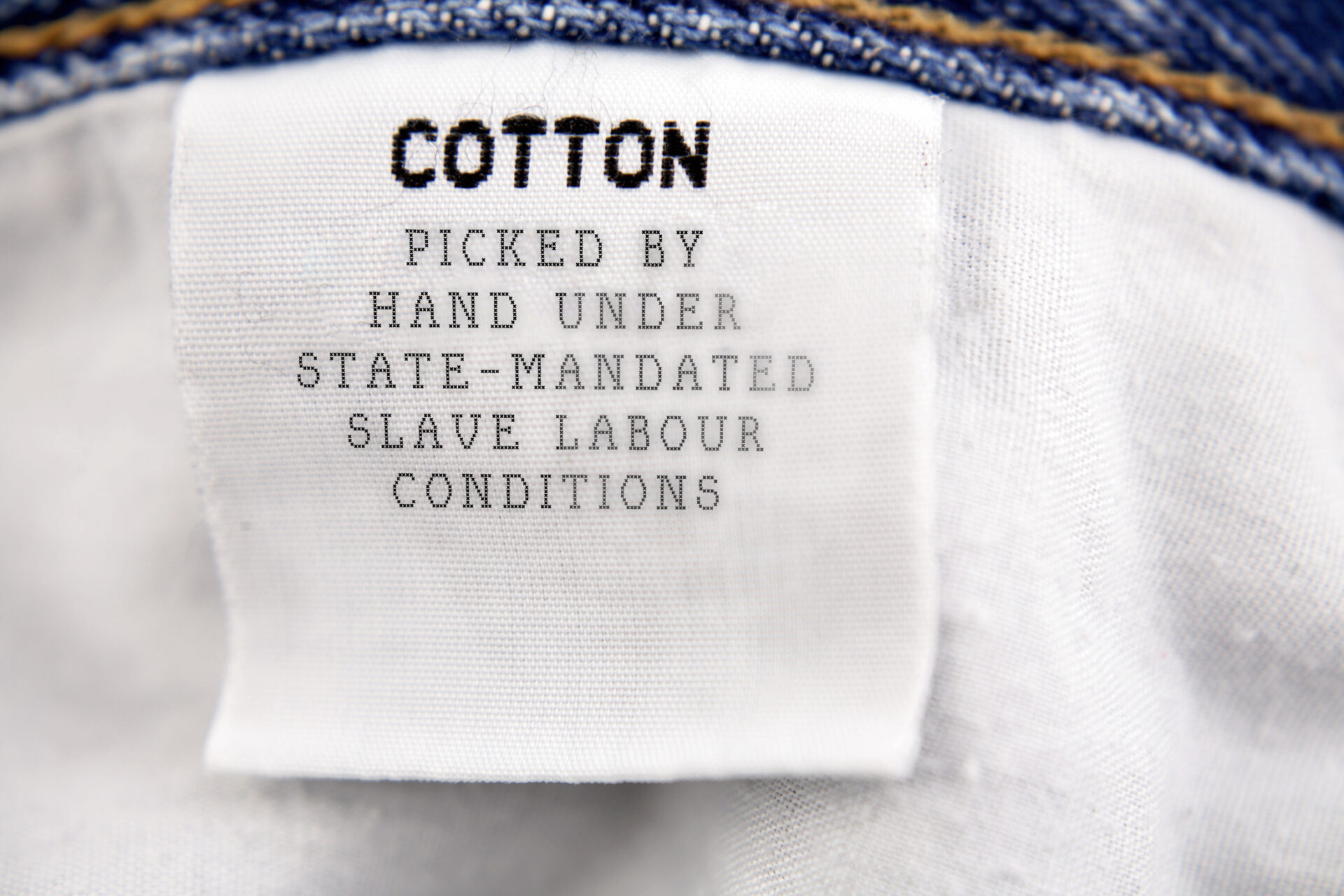 This financial year, an estimated 24.3 million tonnes of cotton will be harvested worldwide. Around 20% of that crop comes from one place: the Xinjiang Uyghur Autonomous Region in northwest China.

Cotton farming has been a source of contention since time immemorial – from the British Calico Acts to slavery in the American South and the drying of the Aral Sea. In recent years, strides have been made to regulate and monitor the environmental and human impact of the cotton industry. But it wasn’t enough to prevent yet another cotton controversy from erupting, this time around human rights abuses and forced labour in the world’s second-largest cotton producing nation.

It all started in December 2020, when the Newlines Institute for Strategy and Policy released a report linking forced labour in far western China with cotton picking. The revelations sent shockwaves through the supply chain, prompting several companies, including H&M Group and Nike, to cut their ties with cotton suppliers in Xinjiang.

In March of this year, another report released by Newlines came to an even more condemning conclusion: state-sanctioned policies in Xinjiang – including unlawful detainment in internment camps, forced labour, forced sterilisation and other atrocities – are in breach of the UN Genocide Convention. China denies the accusations, but the evidence was compelling enough for multiple countries to introduce new sanctions.

Though not directly linked, these two separate reports and the issues they address became intertwined in the days that followed. Statements from several western fashion brands condemning the use of forced labour in Xinjiang’s cotton fields resurfaced on social media, prompting massive consumer backlash.

So what are the Xinjiang cotton statements, what prompted China to retaliate by boycotting the brands, and what does it all mean for the fashion industry more broadly? We take a closer look. 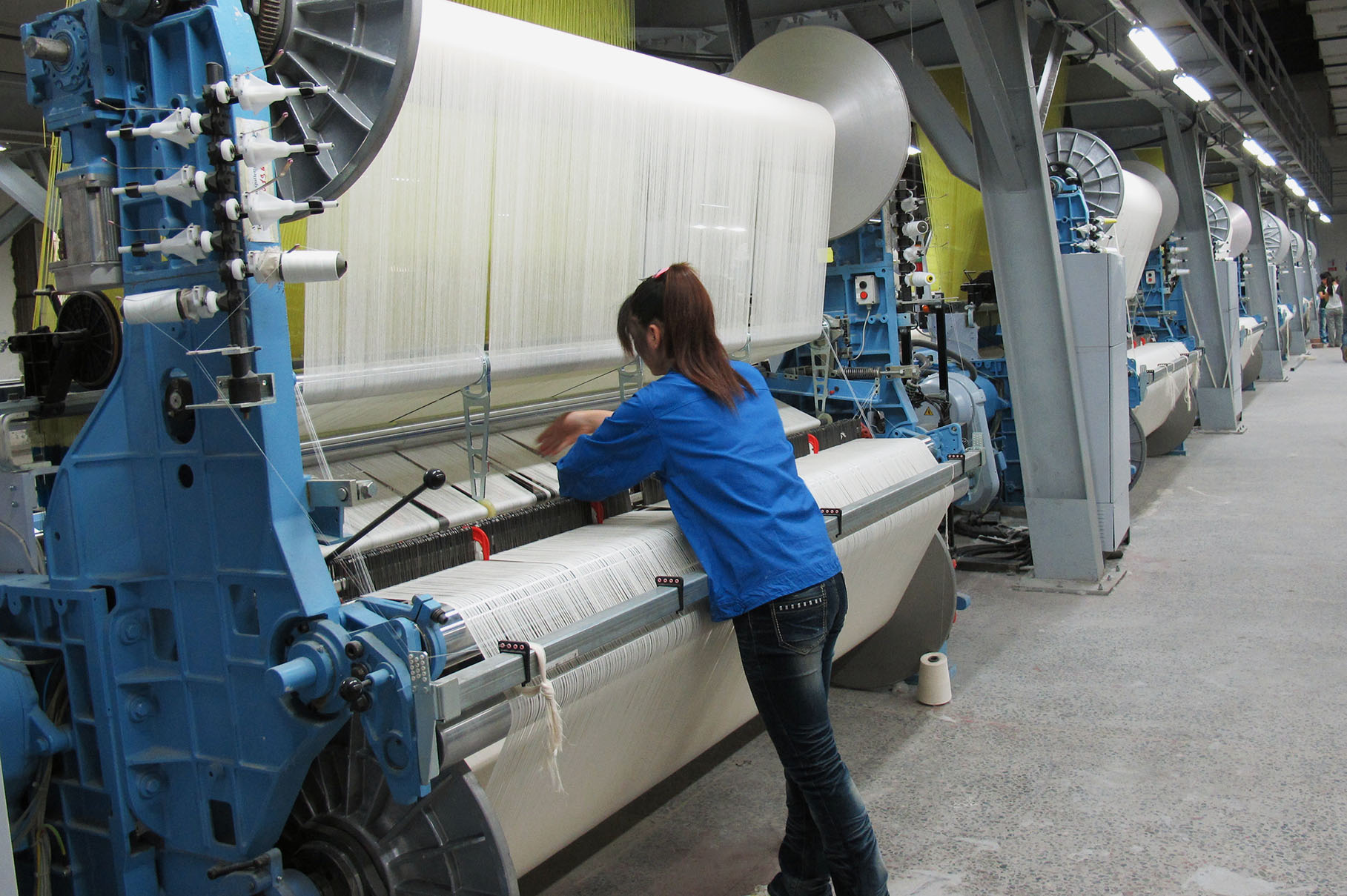 image A FEMALE WORKER WORKS IN A TEXTILE FACTORY IN XINJIANG PROVINCE, CHINA. BY EPEL.

What’s going on in Xinjiang?

Xinjiang is one of the most diverse parts of the country and home to the largest number of ethnic minority communities of any Chinese region. Allegations of human rights abuses, primarily directed at the Muslim Uyghurs (Uighurs) have been circulating since at least 2014. According to the US State Department, up to two million Uyghurs and people from other minority groups have been held in detention centres since 2016.

In January 2019, nearly two dozen UN Member States signed a letter urging China to end the suppression of minority communities in Xinjiang. The International Criminal Court was called on to investigate allegations, but declined on the basis that China is not an ICC member.

Fast-forward to January 2021 and a major turning point came when the Trump administration became the first government to officially recognise crimes against humanity amounting to genocide against the Uyghur Muslims. At the same time, the US announced a ban on imports of tomatoes as well as cotton products from some sources in Xinjiang, citing concerns over forced labour.

China’s extensive program of repression includes severe restrictions on religious freedoms, the use of forced labor, mass detention in internment camps, forced sterilisations, and the concerted destruction of Uyghur heritage.

Just a month earlier, the Newlines investigation had found that “hundreds of thousands of ethnic minority labourers in Xinjiang [were] being forced to pick cotton by hand through a coercive state-mandated labor transfer and ‘poverty alleviation’ scheme”. Evidence presented in the report linked forced labour to all cotton produced throughout Xinjiang and pointed to a coordinated program involving at least half-a-million people in the 2018 harvest season alone.

In the March 2021 Newlines report, 50 independent global experts found that China’s actions in Xinjiang have violated every provision in the United Nations’ Genocide Convention. Although the existence of forced labour in the cotton industry has not been directly linked to the Uyghur genocide, both are unfolding simultaneously and are undoubtedly part of the same problem.

‘The Uyghur Genocide’ report precipitated renewed pushback against the Chinese Communist Party. The EU launched sanctions, and the US, UK and Canada did the same, also issuing a joint statement acknowledging for the first time that “China’s extensive program of repression includes severe restrictions on religious freedoms, the use of forced labor, mass detention in internment camps, forced sterilisations, and the concerted destruction of Uyghur heritage”. Closer to home, the Australian and New Zealand governments released a statement welcoming the sanctions while expressing their “deep concerns”.

In the days that followed, fashion brands H&M and Nike suddenly became the focus of controversy. But the so-called ‘Xinjiang cotton statements’ – declarations made by the brands seeking to distance themselves from Xinjiang and its cotton – were in fact released almost 12 months earlier.

In its 2020 statement, H&M Group declared that it had ceased sourcing cotton from Xinjiang after the Better Cotton Initiative stopped certifying raw materials from the region. The statement specifically cites “accusations of forced labour and discrimination of ethnoreligious minorities” as a source of ‘deep concern’ for the company.

H&M and Nike products were pulled from China’s major ecommerce platforms, locations of physical H&M stores were erased from Baidu Maps (China’s equivalent of Google Maps), and at least 50 H&M stores were forced to shutter for fear of being targeted.

Similarly, Nike’s statement on Xinjiang – also released in 2020 – states that the brand “confirmed with our contract suppliers that they are not using textiles or spun yarn from the region” in light of human rights abuse allegations.

Translated versions of the twin statements suddenly appeared on Chinese social media service Weibo eliciting a response both online and offline. Comment threads calling for a boycott of the retailers garnered millions of shares. H&M and Nike products were pulled from China’s major ecommerce platforms, locations of physical H&M stores were erased from Baidu Maps (China’s equivalent of Google Maps), and at least 50 H&M stores were forced to shutter for fear of being targeted. GAP, Fila, New Balance, Zara and Under Armour, which all released statements on Xinjiang cotton in 2020, also faced backlash.

What does it mean for the fashion industry?

With more than 500 stores in China, the ongoing consumer boycott has triggered major losses for H&M. The brand issued a response this week saying it’s willing to work with “all relevant stakeholders” to “jointly build a more sustainable fashion industry”. Although the statement doesn’t explicitly say whether or not H&M will revise its policy on Xinjiang cotton, some fear the brand will waiver and back down to pressure.

China’s branch of the Better Cotton Initiative has since released a statement denying any evidence of forced labour associated with the cotton industry in Xinjiang.

This latest incident has thrown the spotlight on a facet of the fashion industry that’s long been understood: those on the lowest rungs of the supply chain – including cotton pickers – are often the workers with the least rights, representation and recourse. The realisation that cotton picking can become embroiled with modern slavery and genocide should be enough to give everyone in the industry pause.

This latest incident has thrown the spotlight on a facet of the fashion industry that’s long been understood: those on the lowest rungs of the supply chain – including cotton pickers – are often the workers with the least rights, representation and recourse.

This case also demonstrates how deeply the fashion industry is involved with global affairs, how companies can leverage their buying power to stand up for what’s right, and how consumers can exercise their purchasing power to make their point. It took a social media firestorm for us to start paying attention to an issue that’s been hidden in the shadows for almost a decade – and it took brand names hitting the headlines for us to consider the hundreds of thousands of anonymous faces at the frontlines of this crisis.

With global cotton consumption projected to increase by an average of 2% per year from 2021 to 2026, will brands and governments take a stand – or will our insatiable hunger for the fibre prevail?