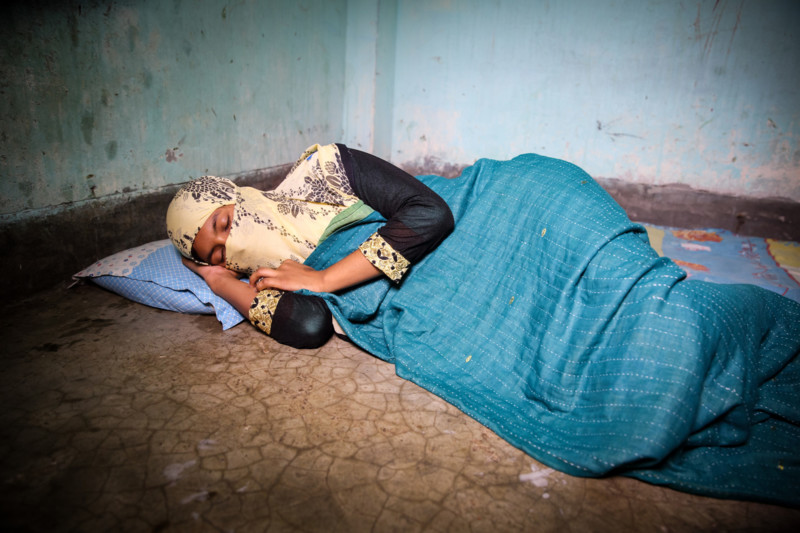 As little as two percent of the price of clothing sold in Australia goes back into the pockets of garment workers, according to new research released this month by Oxfam Australia. The first report of its kind in this country, ‘What She Makes’ uses data collected by Deloitte Access Economics to make a compelling case for a living wage –and to call for a serious shake up of the garment industry.

Forida’s job sewing clothes for Target Australia, H&M and other international brands earns her the equivalent of 35 cents AUD per hour. Like millions of other garment workers in Bangladesh and around the world, Forida works for a poverty wage. Poverty wages are often enough to scrape by on, but not always enough to cover the basic costs of living – and certainly not enough to break the cycle of poverty many garment workers find themselves trapped in. If Forida’s employer raised her salary to meet the recommended living wage, the changes to her life could be immense.

Forida (below) is one of three women who shares her story in Oxfam Australia’s newly released report, ‘What She Makes: Power and poverty in the fashion industry’. This latest contribution to the growing body of research around the garment industry focuses on minimum versus living wages, profit margins, and pathways towards a better, fairer industry. 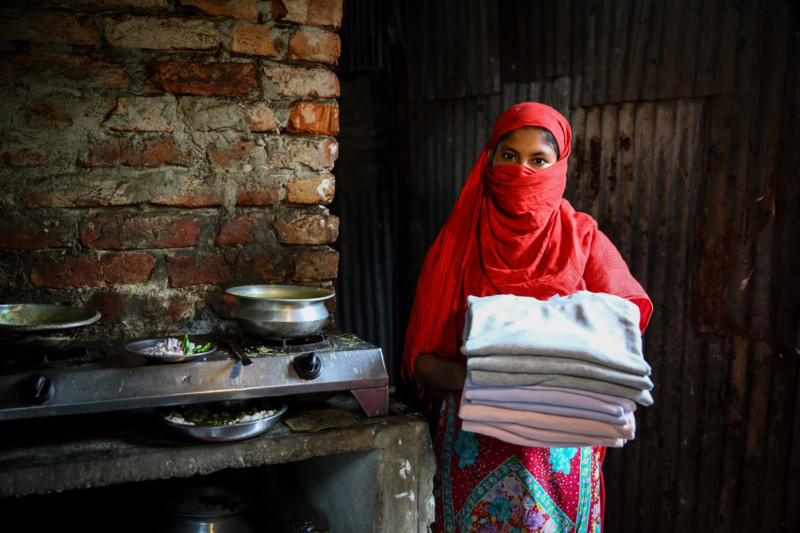 The report recaps minimum wages earned by garment workers in the top five sourcing countries for Australian brands: Bangladesh, India, China, Vietnam and Indonesia. The highest, China, currently sits at the equivalent of 0.93 cents AUD per hour; while the lowest, Bangladesh is less than half that, at 0.39 cents AUD per hour. As Forida’s case illustrates, real earnings sometimes fall short of the minimum wage.

No matter how hard these women work, they are unable to lift themselves out of a cycle of poverty

Combining wage data with data collected in Australia, the report reveals the true cost breakdown of clothing purchased by consumers in the country. “On average, just 40 cents out of the average price of a $10 T-shirt is making it back to the wages of the women who made it,” explains Oxfam Australia Chief Executive Dr Helen Szoke. An average gross retail margin of 45 percent means that most of the money stays with the retailer.

‘What She Makes’ is the first report in Australia to make this connection between data sets. It looks specifically at the Australian context, locating Australian brands and consumers at the heart of the problem – and the solution. The report’s findings, Dr Szoke says, are indicative of a system that is broken on a global level. “No matter whether you are buying your clothes in Australia or in another wealthy country such as in Europe, America or New Zealand – it was likely made by women earning poverty wages. No matter how hard these women work, they are unable to lift themselves out of a cycle of poverty.”

It would take a Bangladeshi garment worker on the minimum wage more than 4,000 years to earn the same amount that an Australian fashion CEO gets paid.

The crux of ‘What She Makes’ is the wage/profit paradox – the widening gap between minimum wages as they are currently set, and the huge profits Australian fashion retailers and brands are making off the backs of garment workers in South and Southeast Asia. The report finds that while minimum wages for garment workers have remained stagnant in many countries, profits have continued to grow for Australian brands. In 2016, the garment industry in Australia was worth an estimated $27 billion AUD. One of the country’s highest grossing fashion companies, Cotton On, more than doubled its revenue between 2014 and 2016. At the same time, the industry as a whole has remained largely resistant to recommendations that the minimum wage be lifted to a living wage. It would take a Bangladeshi garment worker on the minimum wage more than 4,000 years to earn the same amount that an Australian fashion CEO gets paid. 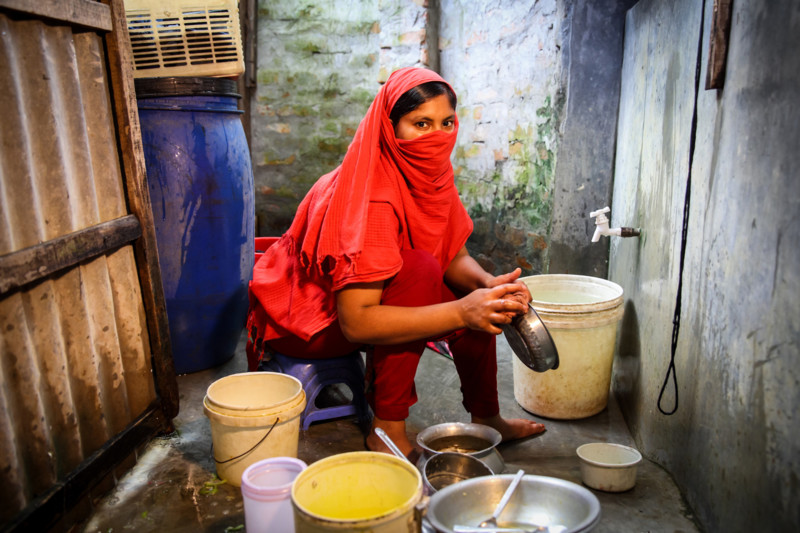 Unlike minimum wage, which is often set arbitrarily, living wages are calculated based on real costs – taking variables such as calories consumed, household expenses and discretionary spending into account. Oxfam lays out the case for a switch from minimum or poverty wages to living wages clearly and concisely, using hard data and analysis – as well as first-person stories like Forida’s – as support. And the numbers don’t lie: a living wage for garment workers is not only possible, it’s totally achievable, the report finds. The fashion industry is often criticised for its complex supply chains, but this is one instance where that might be an advantage: there are so many points along the supply chain where the additional costs required to pay garment workers a living wage could be absorbed. The cost itself would be miniscule – by Deloitte’s calculations, paying a living wage would increase the final price of a garment by just one percent. That means a $10 T-shirt would go up in price by just 10 cents – surely a burden many Australian consumers would be happy to bear.

The case for a living wage has never been stronger. So why haven’t more Australian brands and manufacturers taken concrete steps? “We need companies – and governments – to make a choice for decent and fair wages for all workers,” Dr Szoke affirms. “Right now, we see a number of companies with well-written statements about living wages on their websites, but no clear timeframe or plan to change their purchasing practices and implement living wage roadmaps.”

The garment industry is one of the largest employers of women globally. It has the potential to positively impact the lives of millions of women, their families and communities. “Changing wage practices in supply chains is a complex business – and Oxfam understands this will take time,” Dr Szoke adds. “But without a credible, time-bound commitment from brands to begin with, we are likely to see a lot more stalling from companies in the future. Oxfam is calling on companies in particular – who right now depend on poverty wages as part of their business model – to turn things around and make a new choice.”