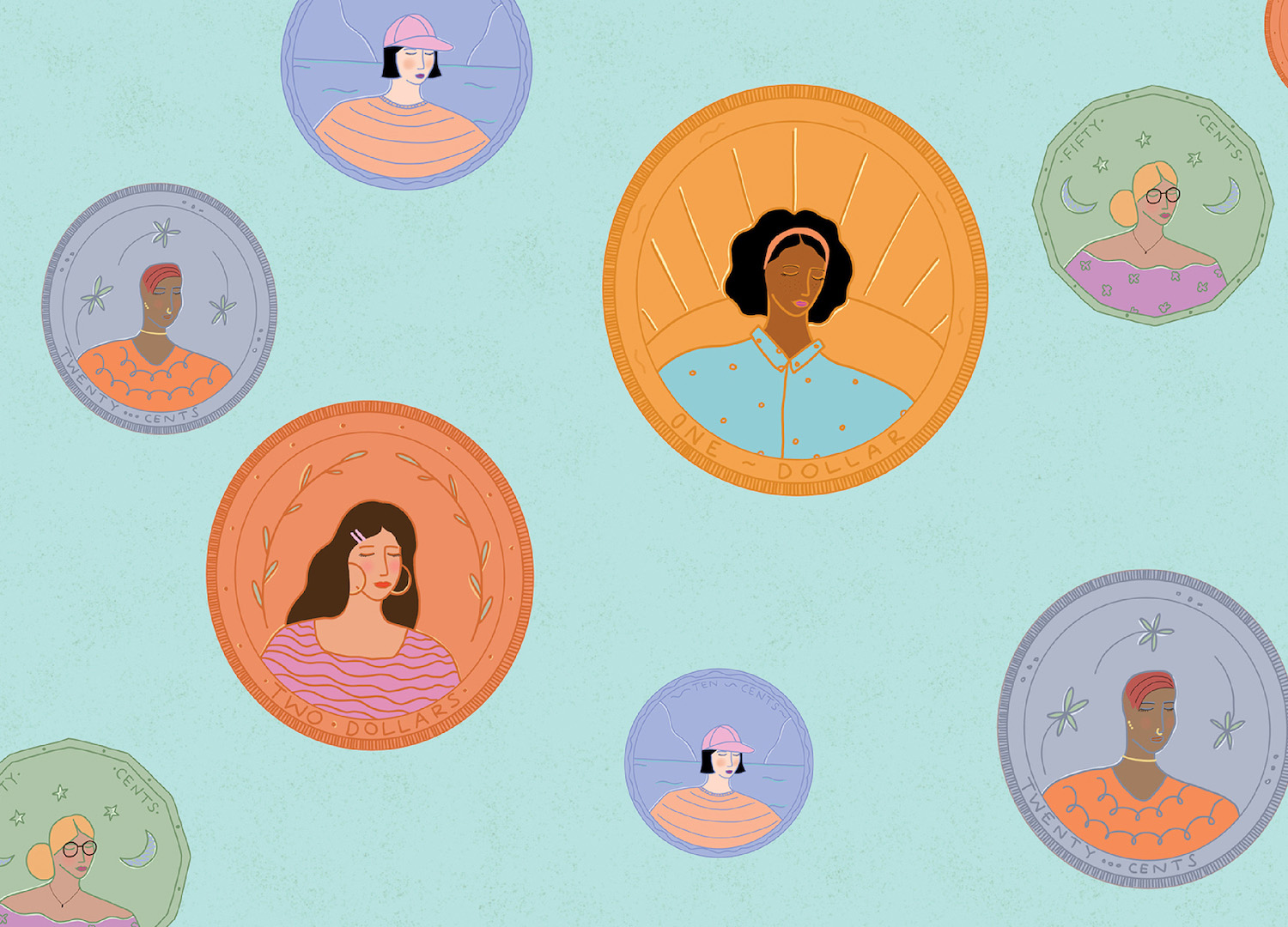 Beset by inequality, unethical investing practices and scandals, it’s easy to lose faith in the mainstream financial system. Especially when Australian women leave the workforce with an average 35% less in retirement savings than men, according to the latest ABS data. Behind the scenes, however, a group of everyday superheroes from Verve Super – each from a different walk of life but united in their desire to unlock women’s collective financial power – are fighting tirelessly to change the status quo.

A 2016 parliamentary inquiry found that one in three Australian women retire with no superannuation at all. It’s supposed to be our safety net, yet for many it’s the final blow after a lifetime of gender inequality. Many in the industry give little credence to the super gap. But for the passionate few, it’s their driving force.

Before Verve, Zoe established 10thousandgirl, a social impact project dedicated to supporting women to build their financial skills and confidence. “Through the decade running 10thousandgirl, I sat down with thousands of women and listened to their stories of having struggled, mostly alone, with how to make good financial decisions,” Zoe reflects. “I met women with 12 super funds at age 50 and hardly a penny in any account; women in their twenties, thirties and forties who’d never had the opportunity to have a conversation about money (or learn how to invest and build their wealth); and women who had bravely left damaging relationships only to walk into the bank and find only debt in their name. I have shared tears with too many women affected by financial gender inequality – whether they were aware of it or not.”

I have shared tears with too many women affected by financial gender inequality – whether they were aware of it or not.

“I tried to direct women to relevant support services or good advisers, but came to a point where I realised that as ‘responsible’ or proactive or lucky or unlucky someone can be, the system is broken,” she continues. “There just wasn’t a whole lot of trustworthy, affordable support that is tailored for women available”. Dismantling these structural problems would require nothing short of a paradigm shift – a task she and her colleagues were willing to take on.

Co-founder and Verve CEO Christina Hobbs shares a background in humanitarianism, having worked as an economist and financial inclusion expert for the United Nations for over a decade. “I spent a lot of my time setting up systems to help the most vulnerable access financial support, including during conflict and after natural disasters,” she says. “I also became really passionate about the work I was seeing in more stable contexts, particularly efforts to provide women with small microloans to build businesses and connect them to financial institutions.” 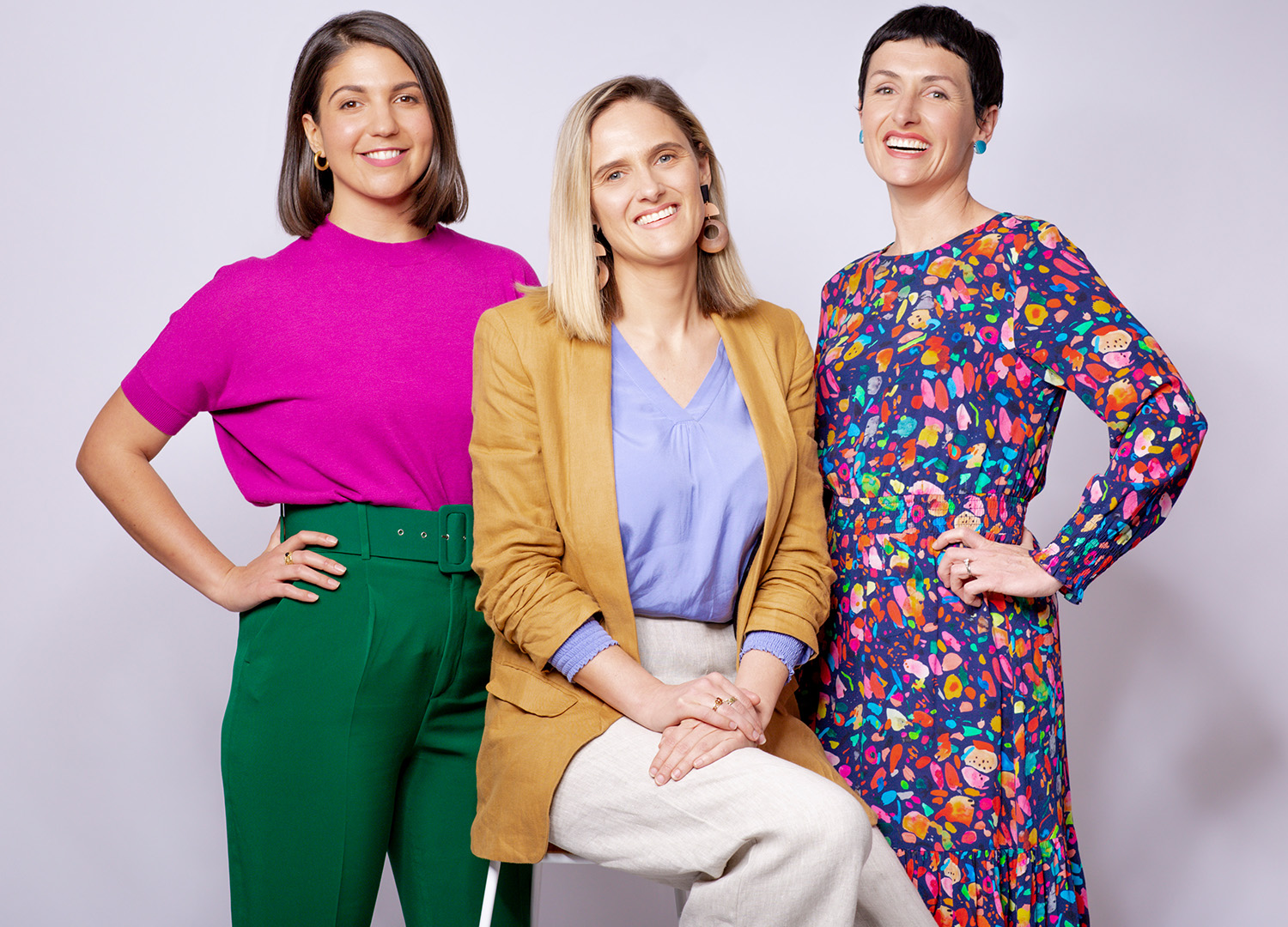 When she returned to Australia, Christina was surprised to see many of the same patterns of gender bias and financial injustice playing out at home. “I come from a long line of matriarchs and grew up blissfully unaware that gender-based financial inequality was even a thing. My mum helped me purchase my first bonds, with money I’d saved from a paper round, when I was 15,” she says. “But I soon realised that most women weren’t as fortunate as me. Many of my own friends had handed financial planning in their households over to their partners, some of my friends weren’t even aware of how their money was being invested and there just seemed to be a huge gap in skills and confidence. Then I started reading about how women over the age of 55 were the fastest growing cohort of homeless Australians. I looked around and couldn’t see any financial institutions that were really tailored to supporting women. I also felt there weren’t enough strong voices talking about the underlying policies that needed to change if we were to improve the situation for future generations of women.”

I come from a long line of matriarchs and grew up blissfully unaware that gender-based financial inequality was even a thing. My mum helped me purchase my first bonds, with money I’d saved from a paper round, when I was 15. But I soon realised that most women weren’t as fortunate as me.

However, it was a light bulb moment with one of her own superannuation funds that made Christina passionate about shaking up the industry. “Mum had been collecting all my superannuation statements for years,” she says, “urging me to consolidate my accounts. So when I finally did, and one of the super funds mentioned a ‘socially responsible option’, I thought, ‘Wait a moment… What is my money invested in now, if it’s not invested responsibly?’” Christina was dismayed to find that her superannuation, like the funds of many Australians, was being invested in weapons, fossil fuels and companies known to be committing human rights abuses in their supply chains. “It took me a while to find a couple of super funds that were investing more broadly in line with my values,” she says and, during this time, even took on a role advising an ethical superannuation company. “But still, no super fund was taking gender equality seriously in how they invested.”

Thus, the idea for Verve was born. As well as supporting women to build their personal wealth, Christina was determined for the fund to play a key role in demonstrating how superannuation money can be better invested in projects that build women’s economic equality and security.

Industry data projects that by 2025, Australian women will hold 1.5 trillion in superannuation. So, while the challenges may seem insurmountable, the payoff for mobilising womens’ money towards the issues that matter – climate action, women’s economic security – is huge.

Verve bucks the trend in many respects. Viewing the investment world through a gender lens, the fund actively avoids companies that abuse the rights of women workers in their supply chains or that don’t have women on their boards, as well as avoiding investment in fossil fuels, gambling, tobacco, animal cruelty and other industries the fund deems unethical.“We seek out investments for our members that ensure they don’t need to compromise on their values for returns, or vice versa,” Christina explains. “This means that every company we invest in meets our stringent ethical screens.” And, in an act of bold transparency, Verve makes their full list of investments available to download from their website.

Through a “positive screening process”, Verve also invests its members’ funds in socially and environmentally sustainable opportunities, including those that support women. This includes renewable energy initiatives that help drive down emissions; housing projects that support Australians on the National Disability Insurance Scheme to live independently; and microfinance loans in developing countries that help women grow businesses. “It’s just incredible the kind of impact that comes by actually being thoughtful about how we choose to invest our members’ money. It’s really what gets me out of bed each morning,” Christina reflects.

It’s just incredible the kind of impact that comes by actually being thoughtful about how we choose to invest our members’ money. It’s really what gets me out of bed each morning.

Needing allies to bring her vision for a radically different super fund to life, Christina reached out to other women in the financial space who shared her values, including Zoe. “I was in the process of wrapping up 10thousandgirl. This coincided with me having a sick toddler, so I’d decided to take a sabbatical and focus on my family,” Zoe remembers. “The idea of setting up a women’s bank niggled at me, but I wasn’t sure what the best next step was. Then Christina called. I was literally playing with the kids in the garden! She asked me if I would like to start a women’s super fund with her and I said yes on the spot.” As head financial coach, Zoe now heads up the Verve Academy, sharing her knowledge on topics such as goal setting and financial literacy, and guides women on how to manage their money through major life events.

The third woman in the Verve trinity, Alex Andrews, brings her background in superannuation and impact investment to the founding team. She was head of engagement at one of Australia’s leading ethical super funds before Verve and has always been involved in activism and grassroots campaigning. In 2016, Alex founded Get Hairy February, a campaign that highlights double standards around body hair to raise awareness about gender inequality and domestic violence. In its inaugural year, more than 400 women took the pledge to counter beauty norms and grow their body hair, helping to raise $42,000 for Rape and Domestic Violence Services Australia in the process.

Alex is a proud feminist whose passion for women’s rights comes from a deeply personal place. “My journey wasn’t linear,” she explains. “I witnessed gendered violence play out in my family, and I experienced the pressure of gendered social norms in all aspects of life.” Through her work, she also came to perceive inequality in the financial world. “Early on in my career I answered inbound enquiries for a superannuation fund,” she remembers. “I quickly saw a pattern emerge: women of all ages were concerned about their retirement savings or dealing with issues in their relationship or workplace that impacted their financial wellbeing. These were not issues faced by the men in the fund. I witnessed the super gap before I even knew it existed. I could only see one way forward and that was to dedicate my time to supporting women and eliminating gender inequality.”

Every day I encounter stories from women within our community that move me. Our members are people, not numbers.

In her role as Verve COO, Alex serves on the frontlines. “Every day I encounter stories from women within our community that move me,” she says. “Our members are people, not numbers. They live in cities, regional towns and remote areas. They are business owners, homemakers, farmers, activists, sex workers – and sometimes all of the above. Verve members are women of colour, women with disabilities, survivors of domestic violence, queer, transgender, non-binary and male. Every interaction with them is an opportunity for connection.”

Verve’s ongoing mission is one that half the Australian population can relate to. But perhaps the reason the fund’s message resonates so deeply with so many is because it’s grounded in Christina, Zoe and Alex’s personal experiences – empowering women to take control of their future. “The great thing we’re seeing is that there’s now support out there and more and more women are engaging with their finances, motivated by the opportunity to use their money, not only to strengthen their own financial position, but to create positive change in the world,” Zoe says.

“When you have your finances in order, you can make life choices from your heart,” she concludes. “When you get rid of niggling personal debt, a chunk of stress is lifted. When you have some savings as a buffer and your insurances sorted, a bit more underlying fear disappears. When you understand and start to actively manage your super, hope starts to overtake fear. It frees up your attention for life and living.”

THIS ARTICLE HAS BEEN CREATED IN PARTNERSHIP WITH OUR FRIENDS AT VERVE SUPER.