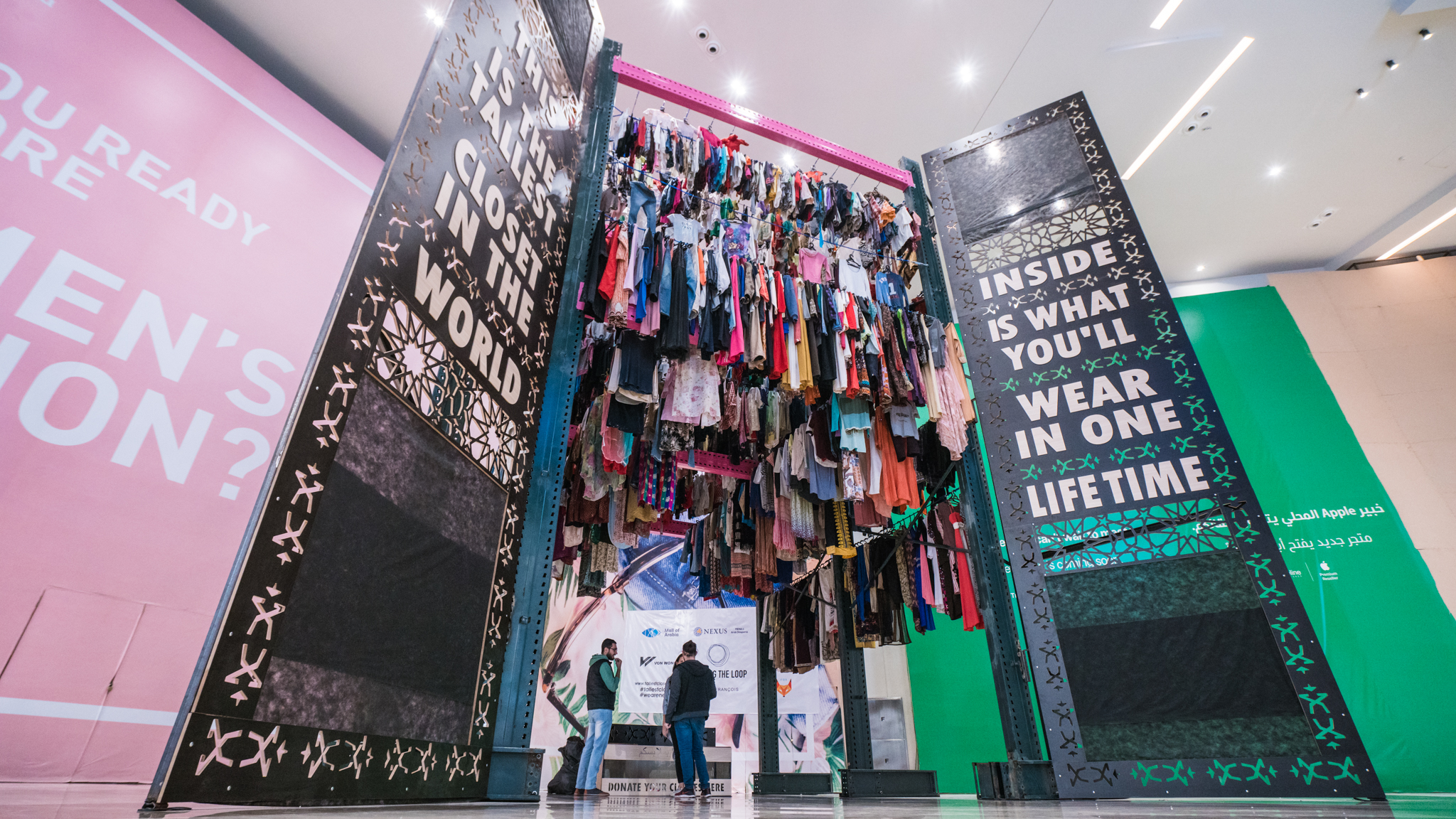 We Australians consume textiles at twice the regular global rate, buying up roughly 27kgs of new clothes every year. For the average Australian woman, that amounts to well over 2,000kgs of garments worn and discarded. Numbers are one thing – but what do you suppose a lifetime’s worth of clothing might look like?

The World’s Tallest Closet, staged at the Mall of Arabia in Cairo, Egypt during late 2018/early 2019, aimed to answer just that. The immersive art installation found a new way to highlight excess consumption and textile waste: by turning the issue into a full-body experience. Assembled using 3,000 individual items of clothing, The World’s Tallest Closet was designed to both shock and inspire.

Visual impact designer and strategist Laura Francois is one-half of the creative duo behind the installation. Along with artist Benjamin Von Wong (pictured with Laura below) and with assistance from their local partner, Mutassem Daaboul, she created The World’s Tallest Closet to make a fashion statement. “The clothing industry is truly taking a toll on the planet,” Laura told Peppermint. “It’s hard to imagine what our individual footprint is on the planet. Rarely are numbers personal. They are incredibly important in painting a clearer picture of the reality of our consumption and waste habits – but I’ve always found it challenging to draw the relation to those number and my daily life. This installation is an immersive and tangible way to truly absorb the sheer quantity we’re consuming.” 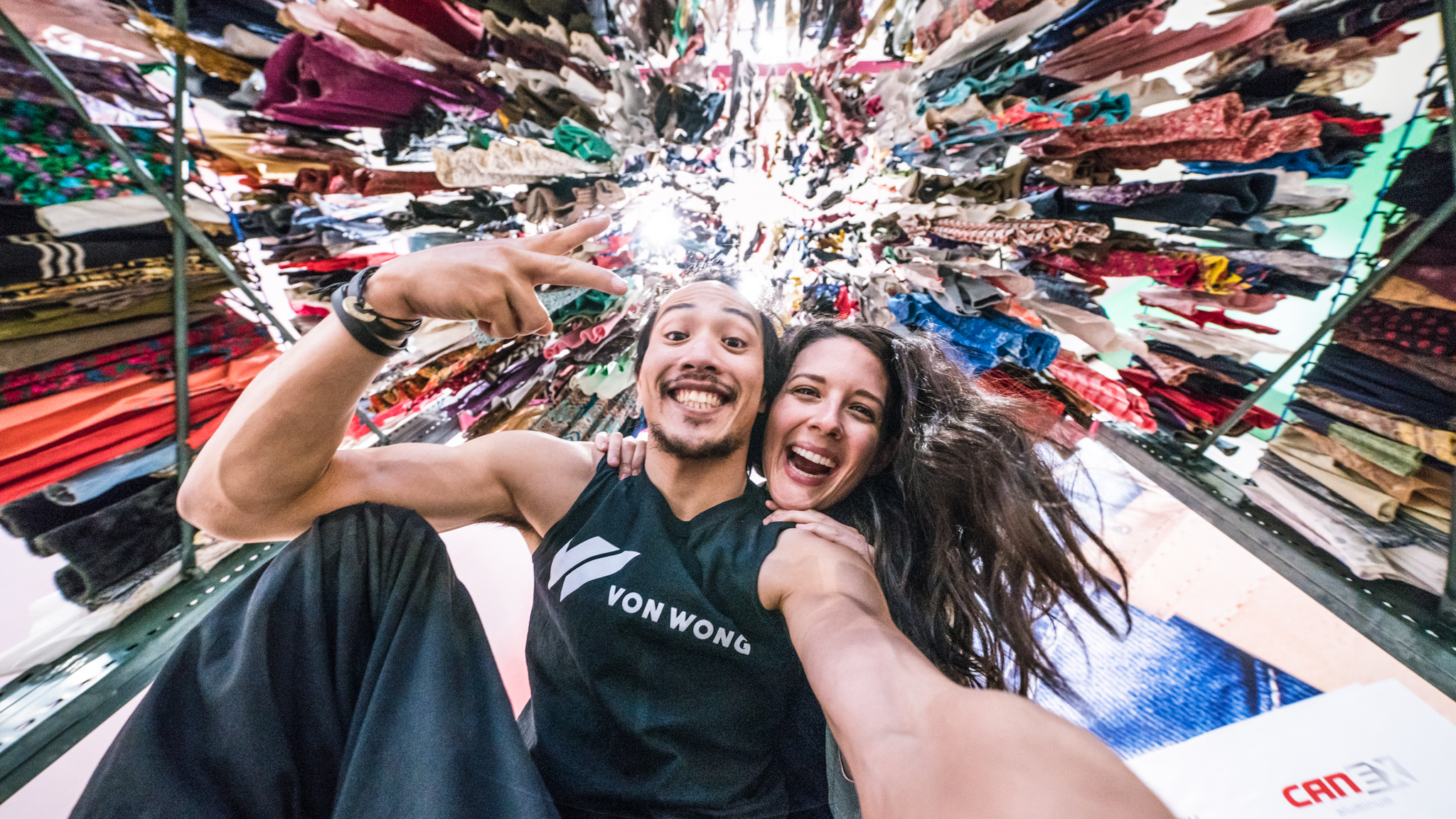 Standing nine metres tall, the closet built from steel beams and finished with oversized doors took a full five days and nights to assemble. Students from Cairo’s Fayoum University donated the clothes that hung from many thousands of hangers. When the installation came down in January, everything was passed on to Refuge Egypt – a local non-profit that supports refugees. “The installation also featured a donation box for passers by to drop off their pre-loved items,” Laura explains. “Over 3,000 items have already reached the non-profit and their beneficiaries.” Juxtaposed against the busy mall, the Narnia-like exhibit stirred conversation and contemplation among shoppers. “What I loved about it was the neutrality of the structure,” Laura reflects. “The message was never to ‘stop buying clothing’. It was always entirely up for interpretation; to leave people wondering whether or not this amount felt like too much to them.”

“The sheer size of the installation felt larger than life,” Laura says. “Most people were in awe, taking selfies, and walking through it, peering up at the pyramid of hangers. I think some people were surprised at how much clothing there was, while others thought there would actually be more! Many people approached us asking what they could do to start minimising, which felt like a step in the right direction.” This opened the doors to another discussion, one which has been making headlines of late: The ‘Marie Kondo Effect’, and how to dispose of unwanted garments responsibly. “Clothing donations are not always the best approach when wanting to purge your closet,” Laura explains. “Clothing bundles coming from the West and being sold to developing regions for higher prices can ultimately cause a rift in the local economy. Fortunately, this isn’t the case in Egypt. The World’s Tallest Closet was a great opportunity to call the public to action in rethinking their consumption – and also to donate directly to local communities that need it.” 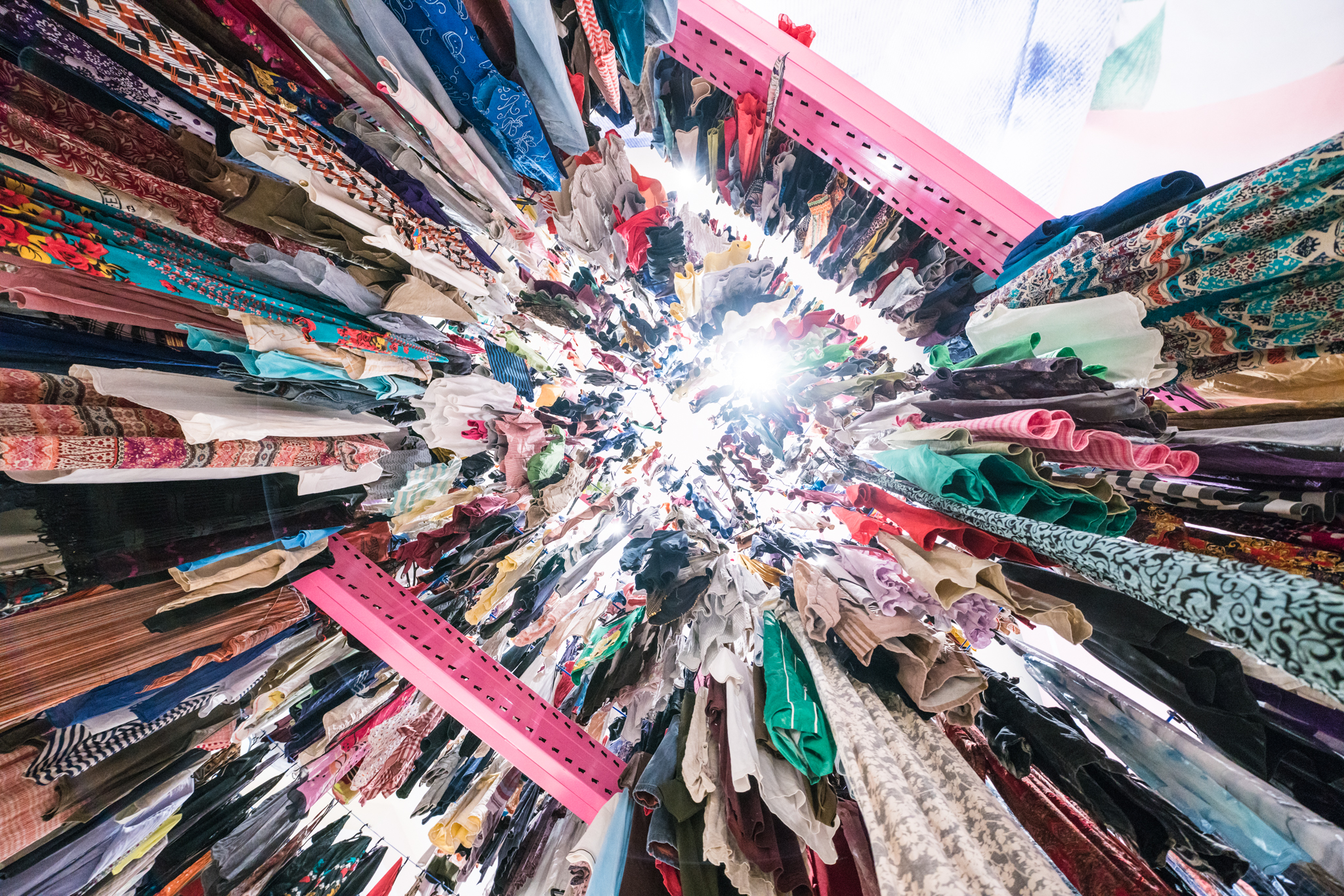 The impact of the installation wasn’t limited to its immediate audience – there was a ripple effect, sparking media attention throughout the region. It was even an eye-opening experience for the organisers themselves. Known for his artistic statements on e-waste and plastic pollution, Benjamin Von Wong is no stranger to the perils of textile waste. Even Laura, an industry veteran and the Country Coordinator of Fashion Revolution Singapore, found something valuable in the experience. “In sorting through the 3,000 donated items, I reflected a lot on all the clothing I’ve worn, bought and gotten rid of throughout my entire lifetime – and just how quickly they become forgotten.” On the eve of Fashion Revolution Week 2019 – the sixth chapter of the campaign – The World’s Tallest Closet is another example of the power of consumer-driven change. It’s also a reminder that visually engaging, playful projects that don’t polarise are often the most effective. “I think it’s important to remember that sustainability isn’t a war. There is no ‘us’ or ‘them’,” Laura says. “I like the idea of art being a propeller for conversations to occur. Art is an amazing vehicle for that.”