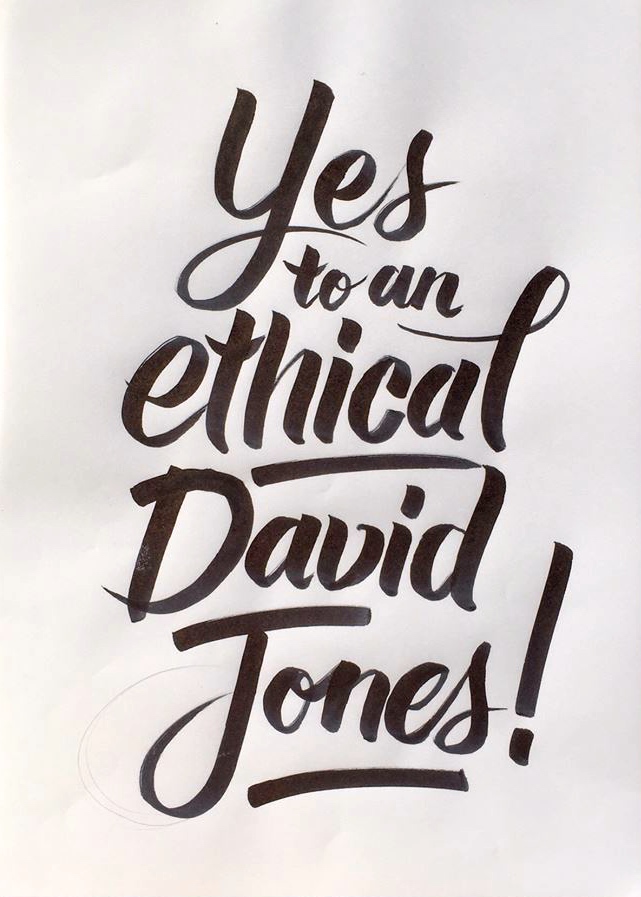 Walking into a busy department store and finding yourself surrounded with nothing but ethical products sounds like a distant dream. But what if your local mall became the next ‘it’ destination for conscious shopping? If David Jones gets its way, all 39 of its retail branches will soon be one-stop shops for brands who demonstrate a commitment to workers’ rights and responsible environmental practices. Last week, CEO Ian Nairn told the Sydney Morning Herald about DJs’ ambitious new plan to fill its racks and shelves with nothing but “sustainable, environmentally friendly, and child and slave-labour free” items. It’s certainly an admirable vision, but is it an achievable target?

One of the country’s biggest retailers, David Jones is also the oldest continually operating department store in the world. Over time, it has had to keep up with major changes to the retail landscape, especially here in Australia. DJs is already home to a handful of Ethical Clothing Australia (ECA) accredited labels, including Ginger & Smart, Jets swimwear, Nobody denim and Roopa Pemmaraju (look out for our interview with Roopa in the next issue of Peppermint). But this month’s announcement takes the retailer’s fair fashion commitment to a whole new level.

As well as increasing the number of ECA brands in stock, DJs wants to support young and upcoming Australian designers to build their businesses along ethical lines. Leveraging an already huge share of the market, it’s also a chance to expose many thousands more consumers to ethical brands, hopefully creating more demand and injecting more money into the industry in the process.

It seems that DJs have a clear vision for change while other retailers choose to stay silent, but that’s not to say the retailer hasn’t shouldered its fair share of criticism in the past. In 2013, DJs were thrown into a heated fast-fashion debate regarding their partnership with Mango, a Spanish label with direct links to the Rana Plaza tragedy. But rather than cutting ties with such brands, David Jones now wants to champion accountability among its suppliers, which means enforcing the standards laid out in their Ethical Sourcing Program and Supplier Code of Conduct. Change is evident in this arena too: the company recently received a nod when management signed onto the Cotton Pledge, demanding traceability from suppliers who must avoid using un-sustainably grown cotton from Uzbekistan whenever possible.

Not surprisingly, fashion accounts for 65% of David Jones’ business, but this new ethical promise doesn’t stop at garments and accessories. The retailer wants to see standards shift right across the board, including in the cosmetics and electronics departments – which could be an even tougher battle ground to fight on. Will DJs meet its target or will some brands fail to get on board? What consequences will there be for non-compliant suppliers, and will DJs set a date to achieve these goals by? Only one thing’s for sure: there are now more than 1,600 DJs-stocked brands that have a new impetus to change for the better, and that can’t be a bad thing.