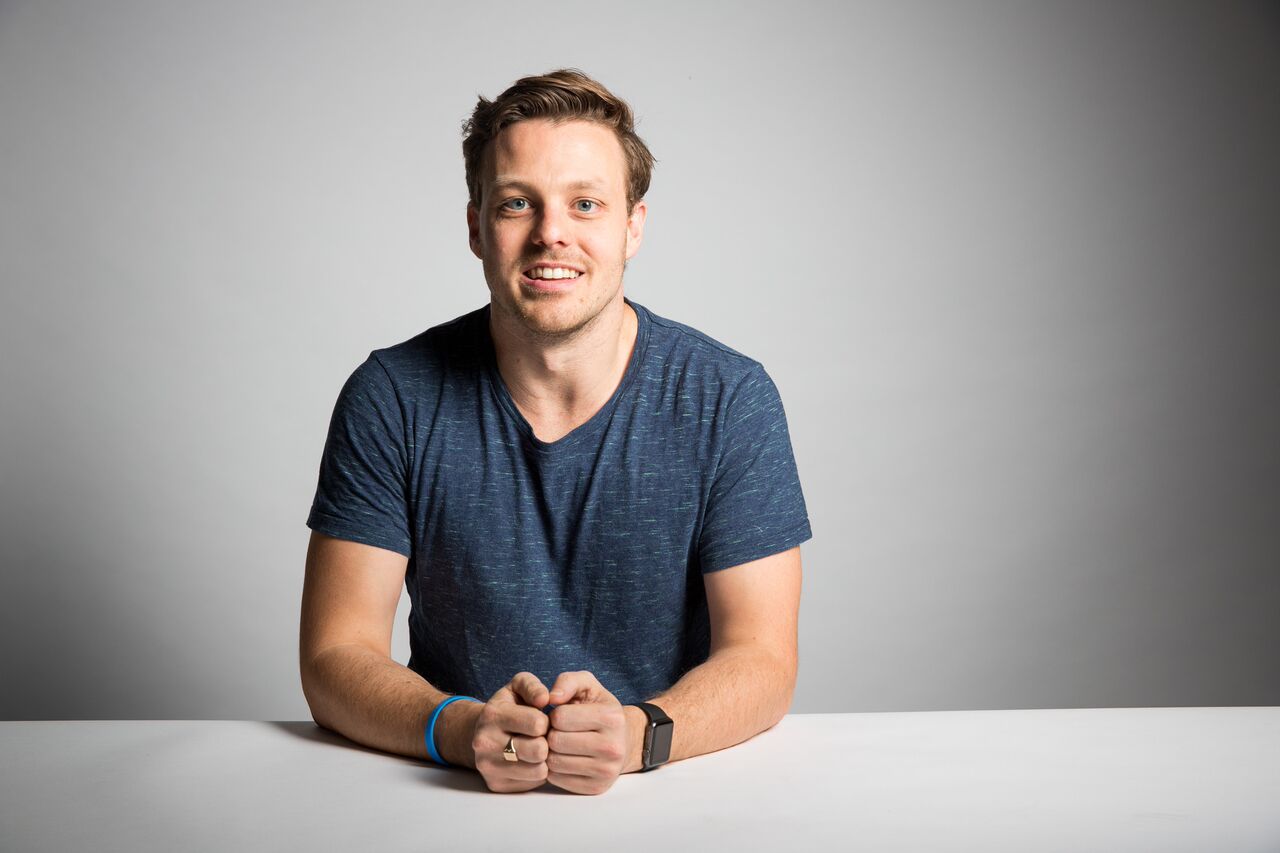 Today is R U OK Day – the national suicide prevention day that urges us all to ask the people around us that one little question: how are you feeling? By reaching out to others you can help make a difference and even save a life. That’s a message Lee Crockford – a non-profit founder and men’s mental health activist who created Spur Projects and How is Australia Feeling – is passionate about spreading. He wrote about the importance of educating people about mental health and having honest conversations in Peppermint Issue 31…

I’d like to take this opportunity to congratulate you on successfully waking up this morning. Yes, I know that isn’t something that typically warrants congratulations – it doesn’t seem like a big achievement. But it is. There are seven Australians who didn’t wake up today. Yesterday, they reached a point in their life where they believed it was a better option for them to suicide than to see another day. Another seven Aussies will make the same decision today. And tomorrow. And every other day this year. Over 2500 people will have taken their own lives by the time this year comes to a close. Eighty percent of these people will be male.

If you’re an Aussie male between the ages of 14 to 44, the largest threat to your life is yourself

Let’s face it – Australia can be a pretty dangerous place: it’s home to most of the world’s deadliest animals, some of the highest levels of alcohol consumption and the largest number of melanomas in the world. Yet, if you’re an Aussie male between the ages of 14 to 44, the largest threat to your life is yourself. In 2011 I helped co-found Spur Projects, a not-for-profit organisation with the mission to make it an easier option for men to take positive action than to suicide. We’re not a front-line or counselling service, rather, we’re interested in how we can give men the resources, tools and language about mental health at a time in their life when things are ‘OK’ or ‘not too bad’, so that when those tough times come along (and they will come), they can take action sooner.

In order to reduce suicide as a community, there are a few key things we all need to understand. Mental health exists across a spectrum. When we think about physical health, we instantly appreciate how broad that is: on one end are menial issues like paper cuts, right through to serious terminal conditions. Yet, when we talk about mental health, that spectrum is often reduced to an almost a ‘yes/no’ option of being either mentally healthy or not; there’s not the same level of appreciation of how wide that spectrum is. At one end we have serious mental illnesses like severe depression, psychopathy, and other conditions, and at the other end is something as simple as a bad day or a bit of a rough patch. If someone has a minor physical injury, we put some Betadine and a bandaid on it to ensure it doesn’t become infected. As a country we need to be better at doing the same thing with poor mental health – if a rough patch goes without being addressed it can become something far more severe. With one in five Australians experiencing poor mental health each year, it’s this early stage where support and action is critical.

The majority of the time, a suicide attempt is when someone’s in-built coping mechanisms are outweighed by their current circumstances

Suicide is an action. It’s important to note that suicide itself is not a mental illness – rather, it can be the result of poor mental health. The majority of the time, a suicide attempt is when someone’s in-built coping mechanisms are outweighed by their current circumstances. And although it’s true that for a slim minority, poor mental health or mental illness can be an ongoing or life-long challenge, for the vast majority of people it’s temporary. The simple act of each of us being there for someone who’s going through a tough time can literally save a life.

Men are emotionally complex. Men often get a bad rap for being ‘emotionally stunted’, and although some evidence exists to show we might not express ourselves as emotionally as women, these studies don’t explore how men are actually feeling inside. In 2014 we launched Australia’s largest real-time mental health survey which collected over 35,000 submissions. Over the course of seven days, we simply asked all participants to check in and log how they were feeling. The results between men and women were almost identical in every way. So although we might not be great at expressing how we’re feeling, we internally experience emotions as complexly as women.

Seven more Australians will take their own lives today. But by being there and supporting the people in our lives, we can all change that.

If anything in this article has been a trigger, please contact Lifeline on 13 11 14 or the Suicide Call Back Service 1300 659 467. For more information on R U OK Day and tips for helping out anyone you think might be struggling, visit the R U OK website.

To find out about Lee’s latest project #OLDMATE, which aims to have 100,000 people pledge to spend one hour per month with an elderly man in their community (as men aged 80+ suicide at a rate almost double any other age group in Australia), visit oldmate.spurprojects.org.