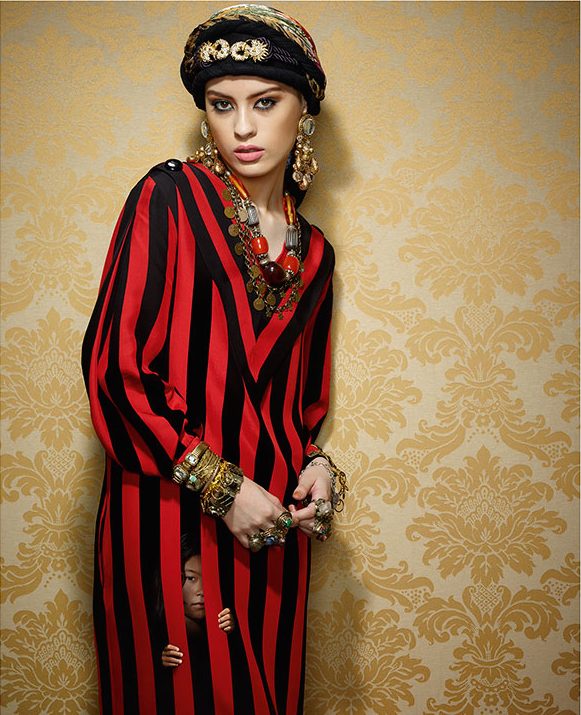 We love fashion statements that make us do a double take – and these new ads from Save the Children and Brazilian ad agency Lew’Lara/TBWA are no exception. With all the hallmarks of a glamour shoot, on closer inspection, you’ll see that models aren’t just dressed this way because stripes are on-trend. Bold stripes, in fact, are being used as a motif for a much bigger issue: child labour. And peeking out from between the prison bars are tiny hands and faces, representing the estimated 215 million children worldwide who are engaged in underage work.

Simply captioned ‘A Tunic Shouldn’t Cost a Childhood’, this image speaks directly to the issue of child labour in the fashion industry. Up to 11% of the world’s under-18 population are illegally employed in sectors such as agriculture and mining, but according to UNICEF, “Child labour is a particular issue for fashion because much of the supply chain requires low-skilled labour and some tasks are even better suited to children than adults.” All over the world, from cotton picking to dyeing and sewing fabrics, children who work in the garment industry are at a higher risk of being underpaid and suffering work-related injuries and illnesses. There are various bodies that certify against child labour, including Fair to Wear, an agreement that is currently signed by more than 120 fashion labels. Let’s hope this eye-catching campaign inspires zero tolerance among more brands and consumers.