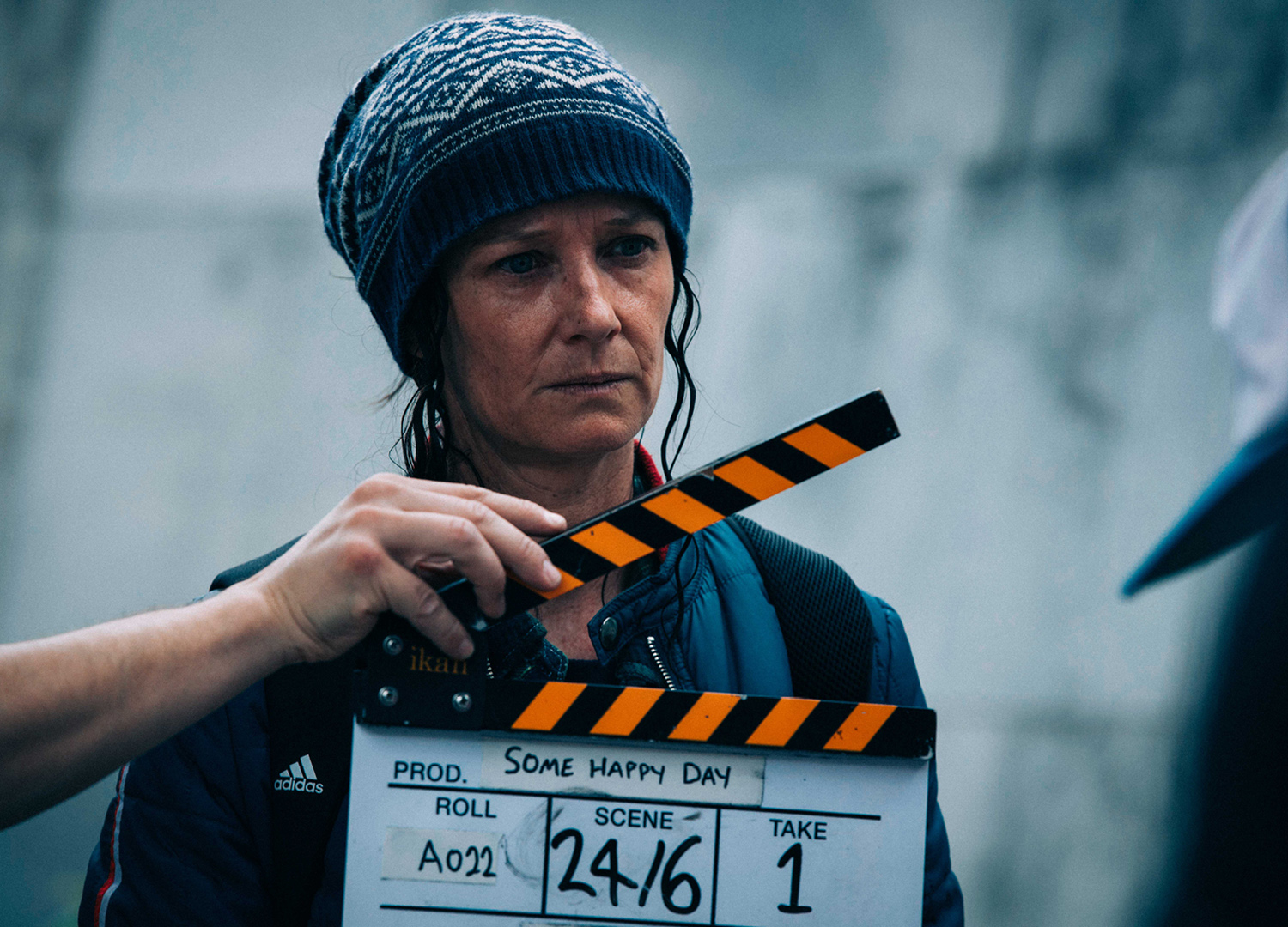 Every night in Australia, 116,000 people experience homelessness. That number feels overwhelming – it’s hard to even begin to think about how we can help, either as individuals or societally. But for Catherine Hill, a case manager and crisis worker with over 20 years of experience, the first step was seeing people experiencing homelessness not as a number, but as a story to be told.

“Every day I witnessed the strength, resilience, struggles and stories of people who have found themselves homeless, sleeping at the beach, in the park, under a stairwell or in a squat,” she says.

Motivated by her own work and passionate about giving a face to the often invisible world of homelessness, Catherine wrote, directed and produced Some Happy Day. Funded by Catherine herself and made with the help of an equally committed cast and crew – all of whom worked for free – Some Happy Day was released in early 2021 to critical acclaim both internationally and at home, with Catherine nominated for Best Direction of a Feature Film (Under $1M) by the Australian Directors Guild.

On 10 October, World Homelessness Day, we talked to Catherine about the importance of telling stories and making change.

Tell us a bit about Some Happy Day… Talk us through the story and why were you inspired to tell it.

I have been privileged to work with men and women who have experienced incredible trauma and are homeless because of that. I’m continually inspired by their resilience. And I wanted to write a story that would honour their strengths and their hopes for a better future.

In Some Happy Day, we journey with Tina, a woman experiencing street homelessness who is in desperate search of a better life. She has a simple goal to get out of Melbourne, away from drugs and start again. Her story is the amalgamation of the stories of many women who shared their goals and aspirations with me.

Some Happy Day is the story of the neighbours that we very rarely engage with.

I wanted to write a story that would honour their strengths and their hopes for a better future.

You worked as a case manager and crisis worker with underserved communities for many years. How did that experience inform your work on this film?

I’ve been working for over 25 years with underserved communities (I love your expression) and I continue to work as a case manager and crisis worker today.

The production was a true community collaboration – we had support from our neighbours, local businesses, the council, our community centre, work colleagues, local arts organisations, service providers and, most importantly, many people who had lived experience of surviving without a home.

The cast was a mix of professional actors and community members. Every day on set felt special, everyone was working for nothing to tell an important local and global story. 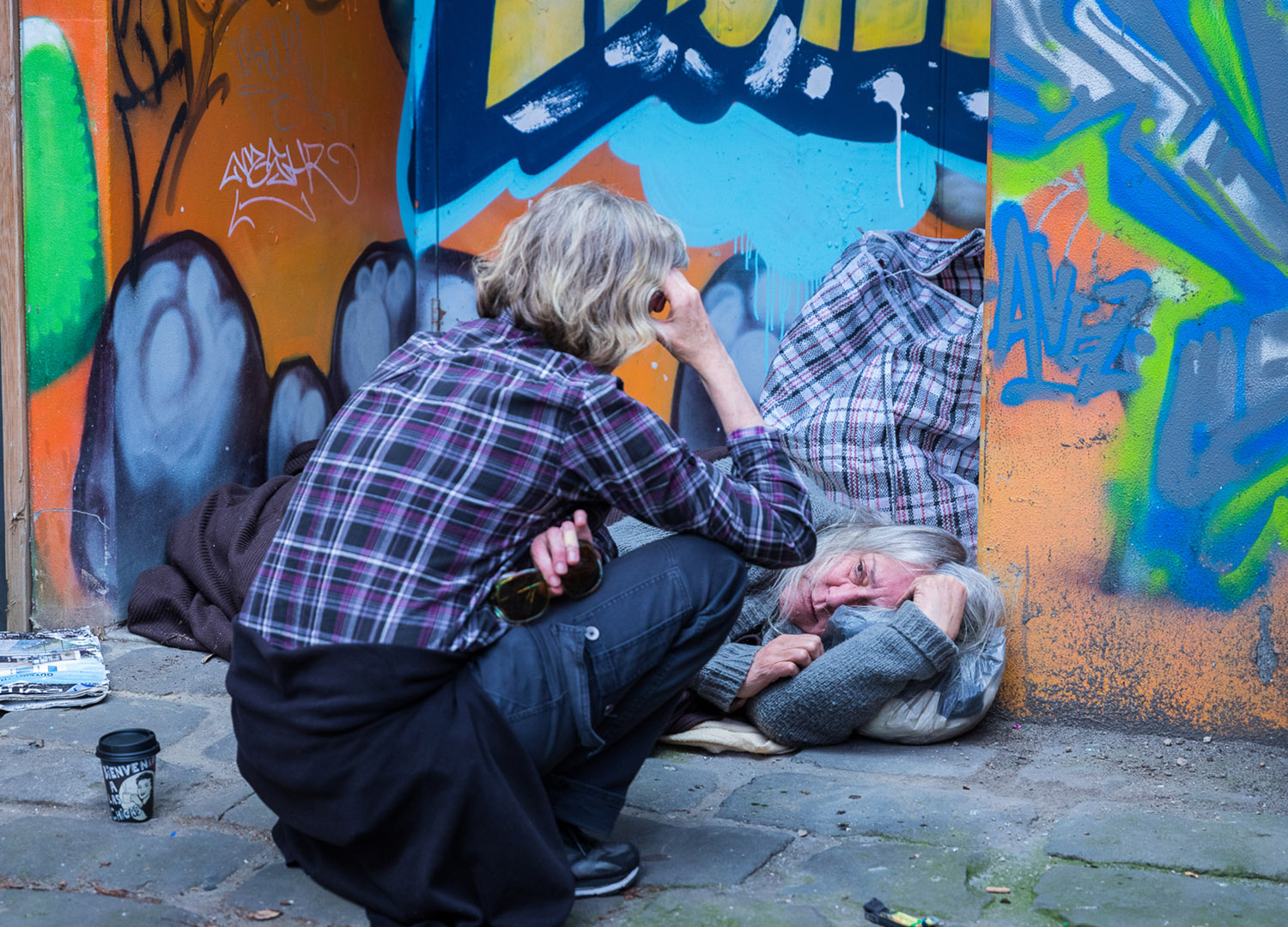 What processes did you go through with your actors to capture and reflect the perspectives of both people experiencing homelessness and the social workers or case workers supporting them?

I wrote the role of Tina for Peta Brady who is known for her amazing work in film, TV and theatre, but she is also my work colleague, an experienced drug and alcohol worker who has also been working with marginalised people experiencing homelessness for decades. Peta provided feedback on all drafts of the script. She then worked with me on casting the film.

Peta and I had both worked with Mary Helen Sassman on theatre projects. We knew because of her natural warmth and intelligence she would make a wonderful Frances, our social worker.

We were thrilled when Mary Helen came on board. Mary Helen did a lot of one-on-one work with me to understand the role of a social worker, trauma-informed engagement and the practicalities of crisis assessment.

We had a rehearsal period prior to filming where we honed the script, developed characters and worked with all other cast members. 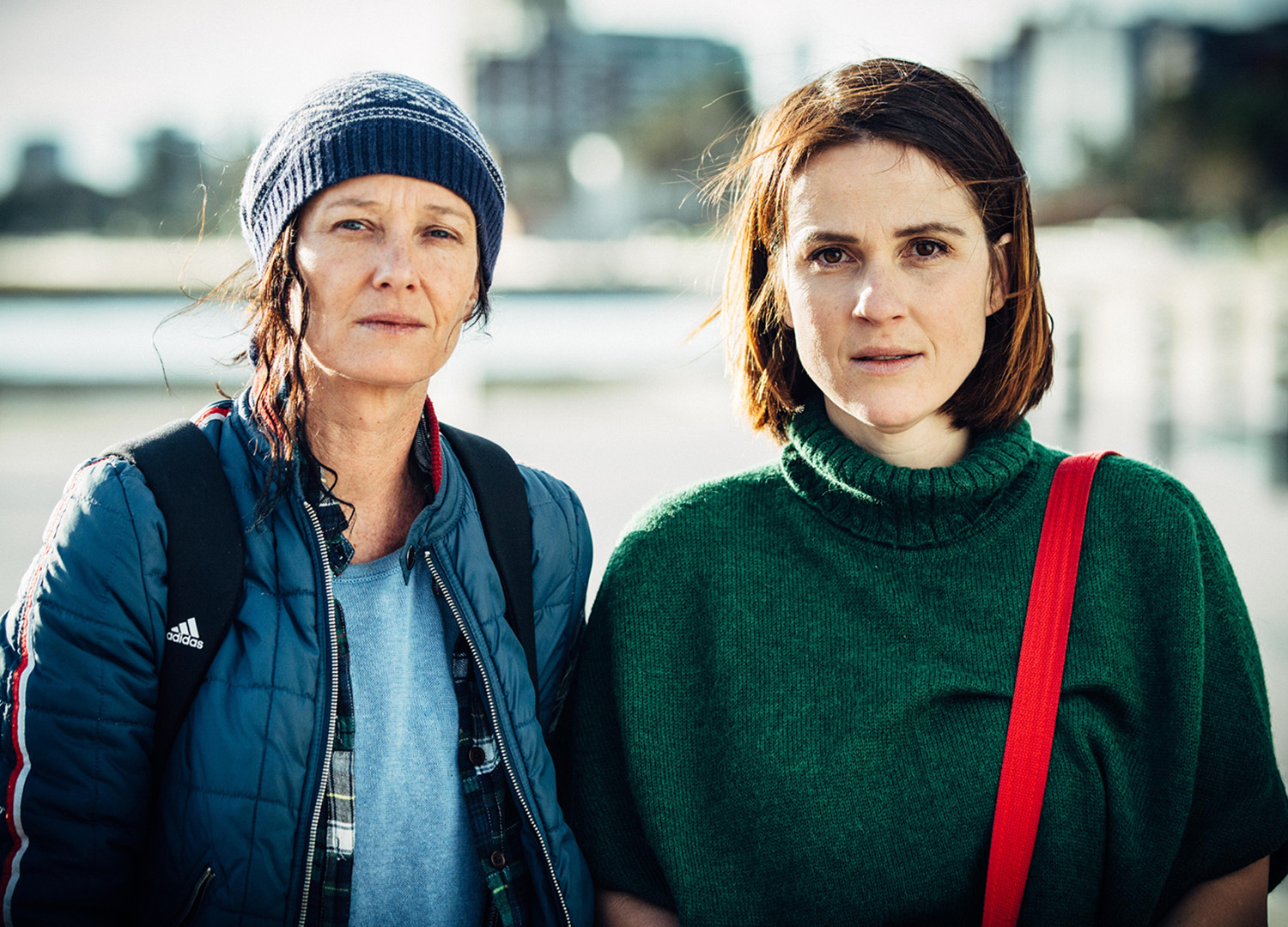 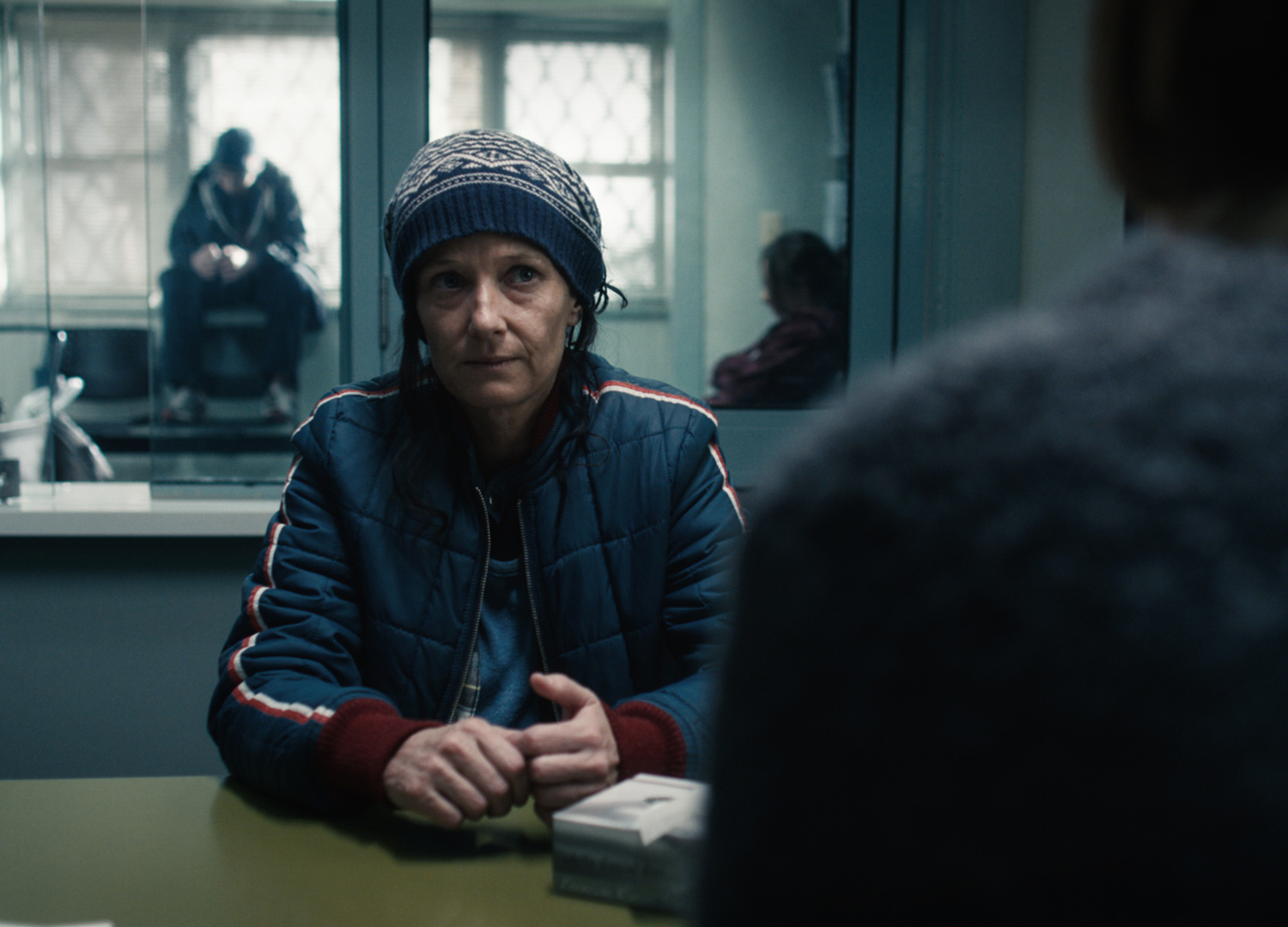 above TINA (PLAYED BY PETA BRADY) AND FRANCES (PLAYED BY MARY HELEN SASSMAN); PETA BRADY IN A SCENE FROM SOME HAPPY DAY.

Tina’s story is a reflection of the housing and homelessness crisis in Australia, with women disproportionately affected. Given your experience in this space, what are some of the immediate, on the ground actions you think need to be taken to combat the crisis, particularly to help women?

In 2021, Housing for the Aged Action Group noted that older women are the fastest growing cohort experiencing or at risk of homelessness in Australia. An estimated 405,000 women aged 45 and over are currently at risk. One in 77 women in Australia received support from a Specialised Homeless Service in 2020–21.

Homelessness is such an entrenched issue that it often feels like a single small action will make no difference, but if everyone acts then we have a million small actions and that’s incredibly powerful.

My mantra is, “You do what you can.” Sometimes it might be as simple as engaging (if you feel it’s safe) with someone who is experiencing street homelessness. That engagement might be as small as a smile or a hello or signing up for everybodyshome.com.au. Everybody’s Home is a national campaign to fix the housing crisis.

If everyone acts then we have a million small actions and that’s incredibly powerful.

Inform yourself more about the reality of the world we share where some people don’t have the luxury of secure housing and the impact that has not only on them but on the entire community.

We know it is far more economically beneficial to address homelessness and provide safe affordable housing than to ignore it. Housing All Australians this year quantified the cost of failing to act on shelter needs at $25 billion per year by 2051, and the benefits of providing adequate housing at almost $110 billion.

Educate and inform others, start a dialogue and keep the dialogue going. Brainstorm how you can turn dialogue into action. 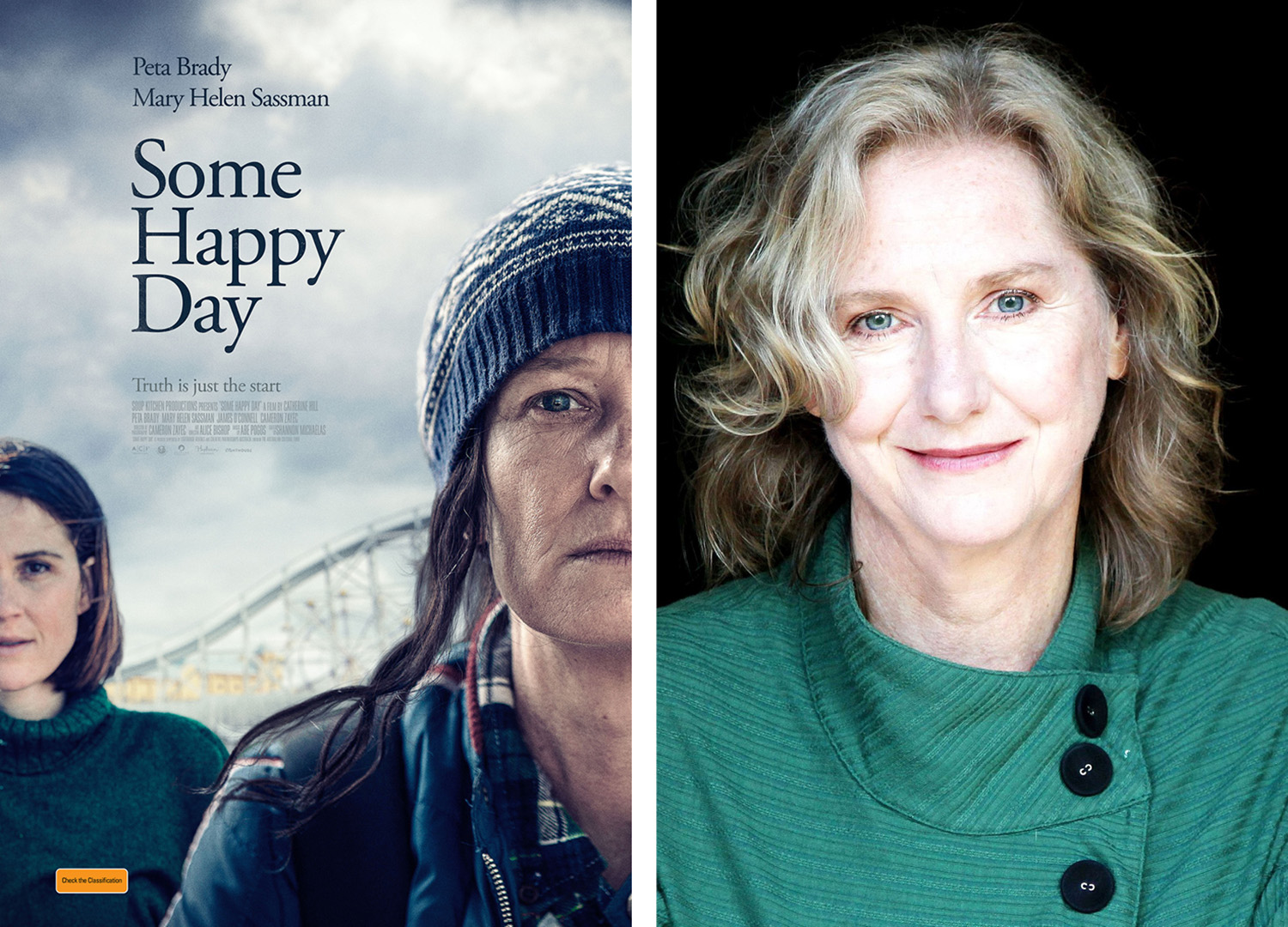 What’s next for Some Happy Day?

It is available now on SBS On Demand until August 2023.

We are also providing licences so that community groups, NGOs and corporates can host screenings and run fundraisers. You can find all this information on our website.

We are working to try and get it into high schools and tertiary organisations to be used as a tool to educate and inspire action.

10 October is World Homelessness Day. What do you, as a director and activist, want to help people understand about people experiencing homelessness?

Homelessness is not just about shelter. It’s about having a safe, affordable place to live where you can invite your friends back to have a cup of tea. The rooming houses, caravan parks or cheap hotel options we provide don’t solve homelessness. They often re-traumatise people.

And housing alone doesn’t always solve homelessness. You need access to appropriate support; that’s why the Housing First model is so good. It prescribes safe permanent housing, first, as quickly as possible and without preconditions, and it offers access to support that allows you to improve health, reduce harmful behaviour, increase income and become actively part of the community again.

How can our readers take action now?

Watch our film! Stories open your heart and that’s where change begins.

Check out our website which has some great educational resources and ideas about how you can make change.