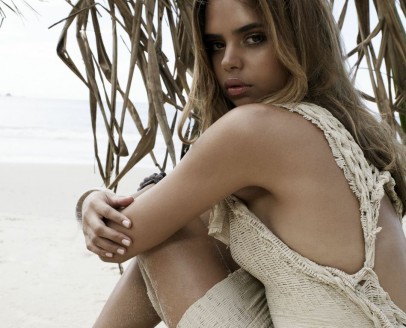 Australian model Samantha Harris is set to shake up the modelling scene, with the announcement of a National Indigenous Model Search Competition. Officially launched in late December, the aim of the competition is to diversify the modelling industry and provide pathways for young Indigenous people to enter creative industries. An initiative of Australian Indigenous Fashion Week (AIFW), the search hopes to uncover eight male and eight female models to undertake workshops and possibly participate in catwalk shows during the week itself. Nominations must be in by January 10, so help spread the word! In addition, the AIFW have also issued a second call out for designers who wish to be part of this inaugural fashion event. With an already impressive line up of sustainable designers including Mia Brennan and Lucy Simpson, it’s a great opportunity!