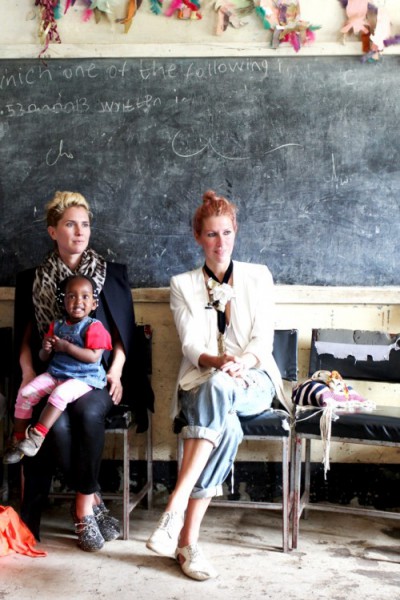 Since launching a modest range of jeans back in the 90s, Australian label Sass & Bide have been going from strength to strength (they’re even about to open their first international flagship store in New York). On the side, the design duo have recently partnered with The Ethical Fashion Initiative to create a limited edition run of purse, clutch and shopper bags produced under fair trade guidelines by women from Kikuyu, Masai, Samburu and other East African tribes.

It’s not the first time Sass & Bide have been chosen to participate in the EFI initiative alongside other high profile designers like Stella McCartney, Vivienne Westwood and Fendi. Outside of this project, Sass & Bide currently manufacture some of their garments on-shore in Sydney, but not everything – many of their jeans are made in China, with other items assembled in India, Serbia and other locations. Let’s hope this latest project inspires the growing label to take a lead in the right direction.