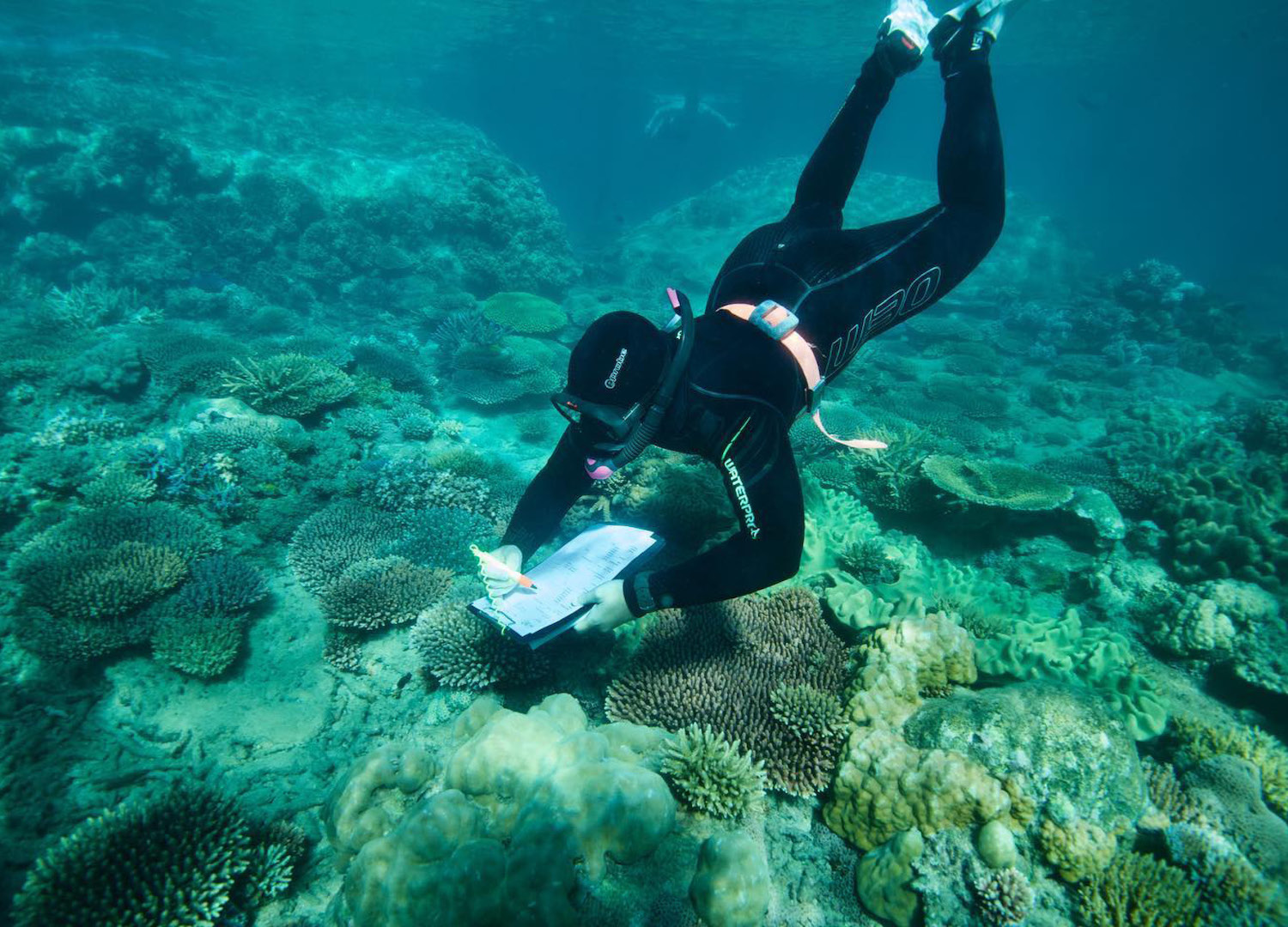 The decline of the Great Barrier Reef has become a household topic as news of mass bleaching events flood the media and climate strikes take to our streets. But with the expansion of innovative coral nurseries in Australia, there’s a solution in sight.

This month, the Reef Restoration Foundation – a not-for-profit social enterprise based in Far North Queensland – will install 10 coral tree frames at a new nursery, pending permit approval. The nursery, once installed, will be the foundation’s third; one containing 20 trees, is submerged 200 metres from Fitzroy Island and another, containing 10, is located at Hastings Reef. Each new tree brings a tidal wave of hope for the restoration of this natural wonder.

The foundation launched after the back-to-back coral bleaching events of 2016 and 2017, when soaring sea temperatures devastated two-thirds of our national treasure. A report published in the journal Nature in 2019 revealed that as the gap between bleaching episodes continues to shrink, so too does the window for corals to recover naturally.

The number of new corals settling on the Great Barrier Reef declined by 89 percent following the unprecedented loss of adult corals from global warming in 2016 and 2017.

“Dead corals don’t make babies,” lead author Professor Terry Hughes said at the time. “The number of new corals settling on the Great Barrier Reef declined by 89 percent following the unprecedented loss of adult corals from global warming in 2016 and 2017.”

Recognising the need for urgent action and intervention, the team of scientists and volunteers behind the Reef Restoration Foundation collaborated with coral conservation projects that were successful in Florida and the Caribbean to create the first coral farms Down Under.

Since late 2017, they have grown and out-planted 2000 coral colonies on the Great Barrier Reef, with 3000 resilient corals currently growing on their steel trees. This is a small but significant paddle in the right direction. 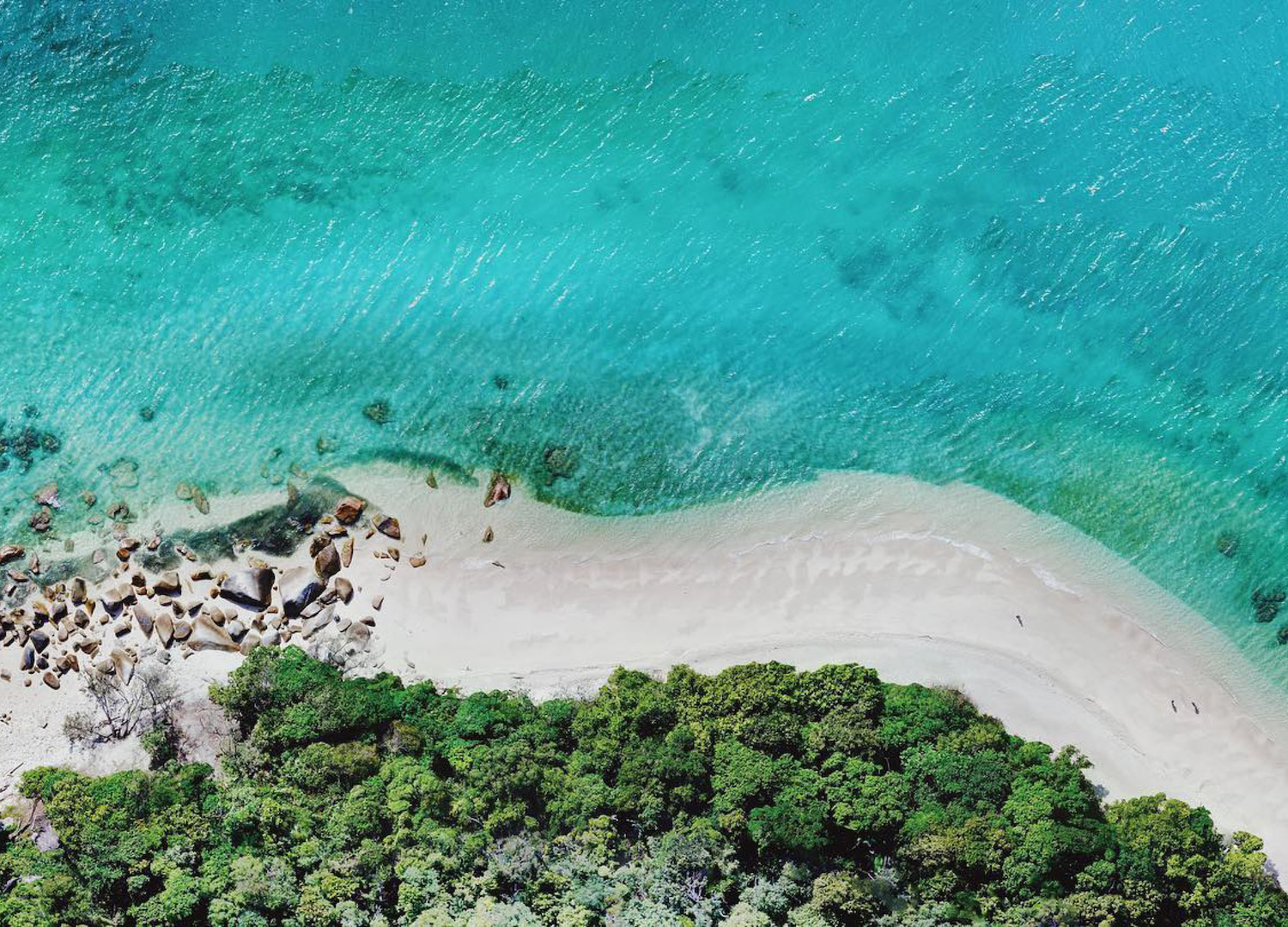 So, how does it work?

Anyone with a green thumb will be familiar with the process of taking cuttings from a healthy plant to grow a new one elsewhere. Propagating coral follows a similar method, albeit underwater.

Marine biologist and senior member of the foundation, Azri Saparwan, says the first step involved “surveying Fitzroy Island for coral colonies that survived the mass bleaching event of 2017. If they survived, it meant they were resistant to warming temperatures”.

Once identified, fragments (no larger than 10% of the total coral size of each individual donor colony) from a specified section of reef were collected by volunteers and cut into mother colonies and fragments the size of a finger. These were then attached to horizontal bars on underwater steel frames to grow in size and strength, hung like ornaments on a Christmas tree.

“Corals are able to reproduce asexually through propagation,” Azri explains. After six to 12 months of growth, half of the coral fragments are removed from the nursery and out-planted to the reef using underwater glue, increasing coral coverage and introducing more heat-tolerant colonies to the marine ecosystem.

“The other half are propagated again into smaller pieces, so there are no more collections from the wild,” Azri says. This means that these corals will regrow on the frames, ensuring a continuous cycle and creating thousands of new corals from a single cutting. 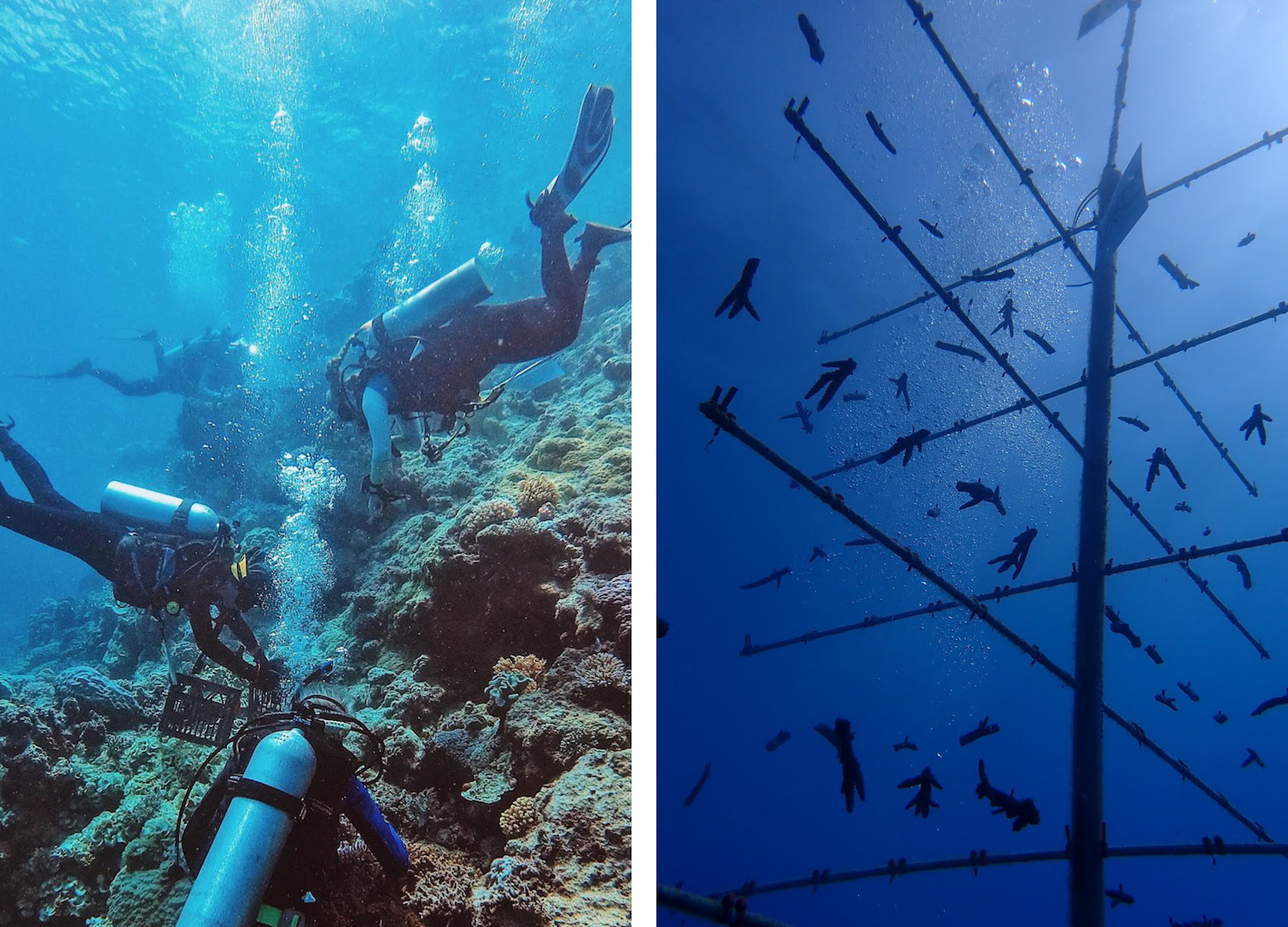 Is it enough to save the Great Barrier Reef?

Due to the effects of climate change, coral reefs have changed so dramatically that conservation efforts can no longer aim to restore the marine environment to its historical splendour. The new goal? To preserve the reef in its current state and ensure its survival for many generations to come.

There’s only one way to fix this problem and that’s to tackle the root cause of global heating by reducing net greenhouse gas emissions to zero as quickly as possible.

Another report co-authored by Terry last year, Rebuilding Marine Life, stated that the aim of conservation interventions is to “rebuild depleted populations rather than sustaining the status quo”, but more needs to be done on a global scale.

“There’s only one way to fix this problem,” he warns, “and that’s to tackle the root cause of global heating by reducing net greenhouse gas emissions to zero as quickly as possible.” Should climate change prevail, the Great Barrier Reef will cease to exist by the end of the century. Every action – and coral fragment – counts. 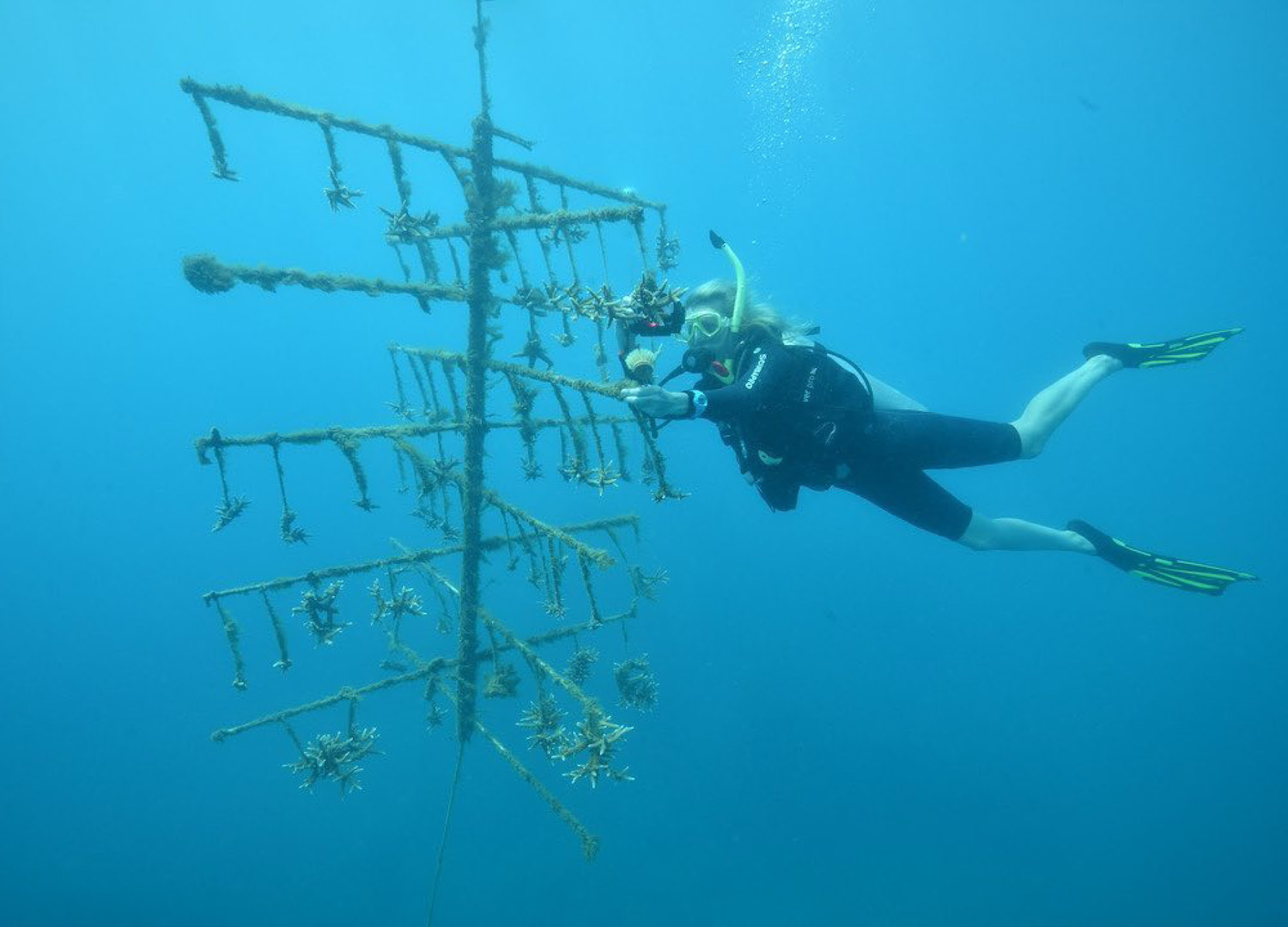 What can you do?

“No matter where you are in the world, every effort to control global warming will help, from choosing a sustainable energy provider, to walking or cycling to work, saying no to single-use plastics and supporting non-profit organisations like us,” Azri says.

To support the Reef Restoration Foundation, it’s as easy as adopting a coral via their website. With each adoption – starting at $50 for a single coral – the team can plant another colony and keep fighting for the future of the Great Barrier Reef, one coral fragment at a time.