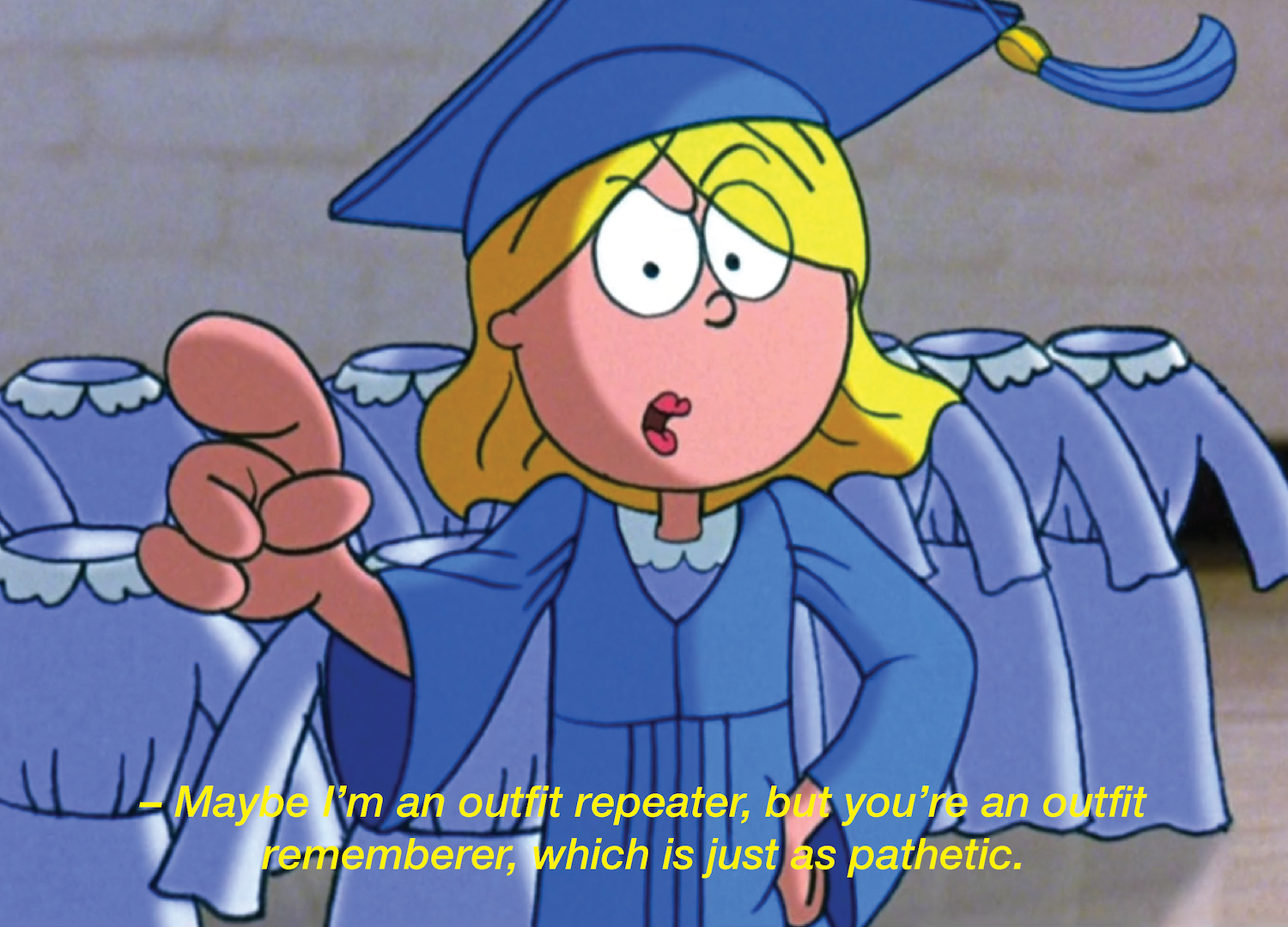 It’s that time of year again. Red carpet season is upon us and our feeds are a flurry of multiple must-have outfits per night, the latest makeup lewks and serious sartorial triumphs (and a few losses).

But while we’re all fawning over Jessica Chastain’s (admittedly) dreamy, Hollywood mermaid moment, the reality of the rather unsustainable nature of red-carpet dressing goes largely ignored. Not to detract from the much needed F-U-N and frivolity of the farshun but we need to talk about the implications of celebrating all this wear-once behaviour.

It begs the question: “Why is outfit repeating still such a cultural taboo?” Imagine if the Zendayas and the Timothees of the world actively chose to wear the same thing, on every red carpet? Same outfit, different day and still so stylish? That would be cool.

And even if you’re not a fan of all the buzz, you have to admit that celebrity hype does play a role in upholding somewhat unwritten social etiquette.

“We look up to celebrities and they’re often the people who create these unspoken social rules, so the change should start with them,” says Alexis Todorvski, key executive of SCRgroup, an Australian recycling and textile innovation group working to save clothes from landfill and helping to change consumer mindset around outfit repeating and rewearing.

“We look up to celebrities and they’re often the people who create these unspoken social rules, so the change should start with them.”

She says there are plenty of examples of women with profiles eschewing this environmentally detrimental social norm, and the sooner we become comfortable with rewearing items – both for special occasions and our everyday attire – the better for our attempts at circularity.

“Re-wearing the clothes you already have in your wardrobe is the first step to being more sustainable with your clothes and helps keep them in the circular economy and out of landfill,” says Alexis. “Most clothes are designed to be worn 50 to 100 times, and if we wore what we already had in our wardrobes this many times, then we’d find we would be buying and throwing away far less clothes.”

Shifting the rewear mindset to overcome the stigma of “outfit repeating” can often be as simple as switching up the styling. “[Think] fun accessories, and if you’re handy with a sewing machine, you could even make some alterations and change up the outfit,” Alexis suggests. “Swapping your outfits with friends and family is another way to overcome the stigma – even though it’s not repeating your outfit you’re still keeping the clothes in the circular economy.”

Thankfully the tide is shifting and there’s no shortage of A-list examples either. From up and comers to matrons of the game, there are plenty of celebs casting off the ick around rewearing and stepping out in repeated style. Here are a few of Alexis’ faves!

Ahead of the 2020 Venice Film Festival, Australian actor and elven queen Cate Blanchett directly addressed the fashion elephant in the red-carpet room, and challenged the industry to rethink its preference for everything new in an interview with fashion rag WWD. Leading by example, she wore outfits she already owned for the festival – something she’s done many times before.

American actor and comedian Tiffany Haddish has been quite vocal about rewearing her $4000 Alexander McQueen dress – a reported eight times as of 2021. Tiffany first wore the dress to the premiere of her 2017 movie Girls Trip, then to present at the Oscars and a third time on Saturday Night Live. 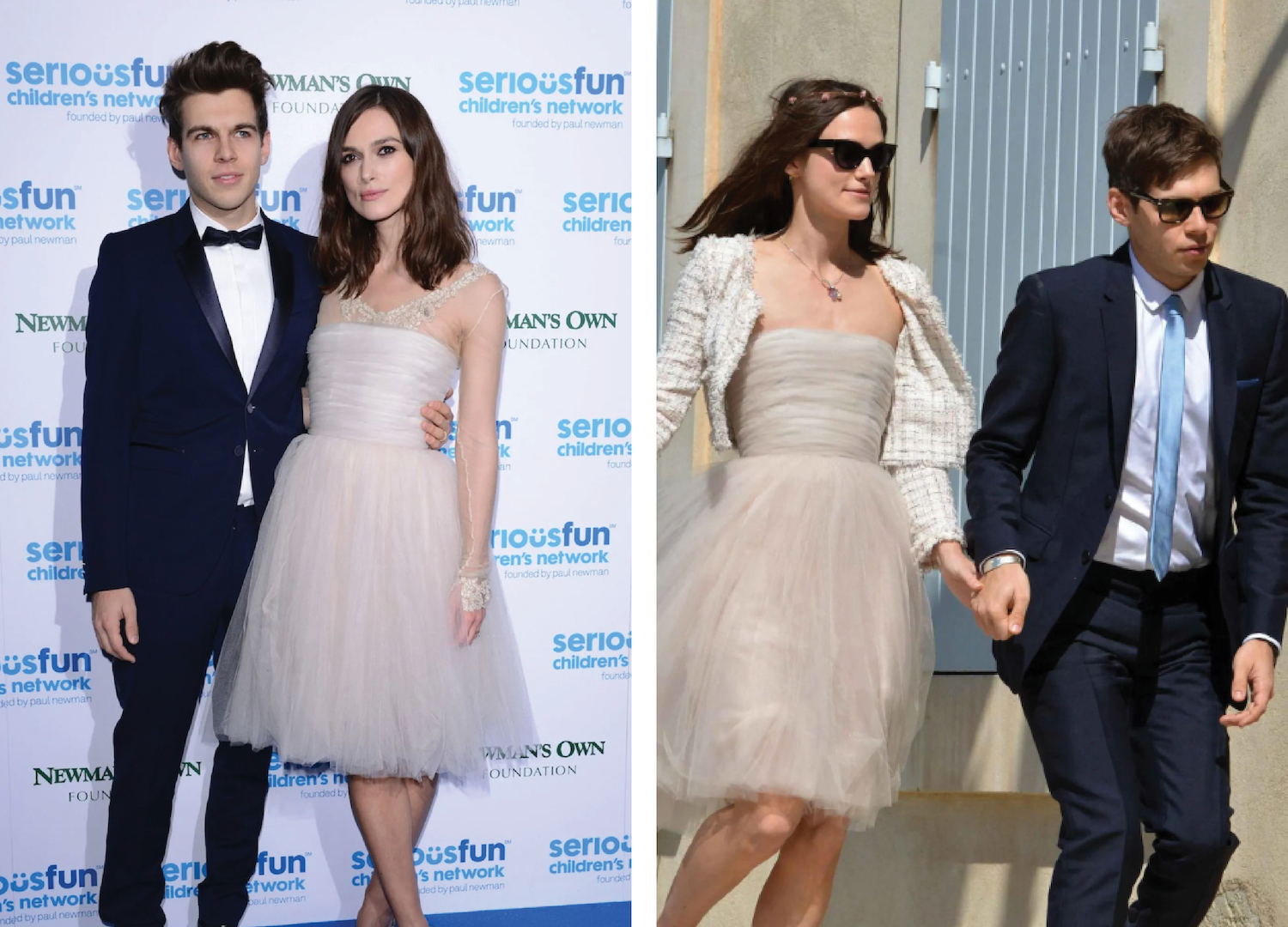 Leaning into both the cost and sentimentality of a wedding dress, Kiera Knightley has proven that even the ultimate wear-once dress can be repeated. In fact, her lovely pink-tulle Chanel number was already a recycled outfit by the time it got to her wedding day (she was first snapped in it in 2008). It’s since been reworn a number of times to spesh events, before suffering a reported career ending injury…

If it’s good enough for British royalty, then it’s good enough for us. Kate Middleton, the Duchess of Cambridge, is a noted (and very stylish outfit repeater) known for her classically restrained but elegant style, despite gracing many a gala event and red carpet. If constantly being in the public eye hasn’t stopped her from re-wearing a growing number of her most stylish outfits on multiple occasions, then us mere mortals have zero excuse.