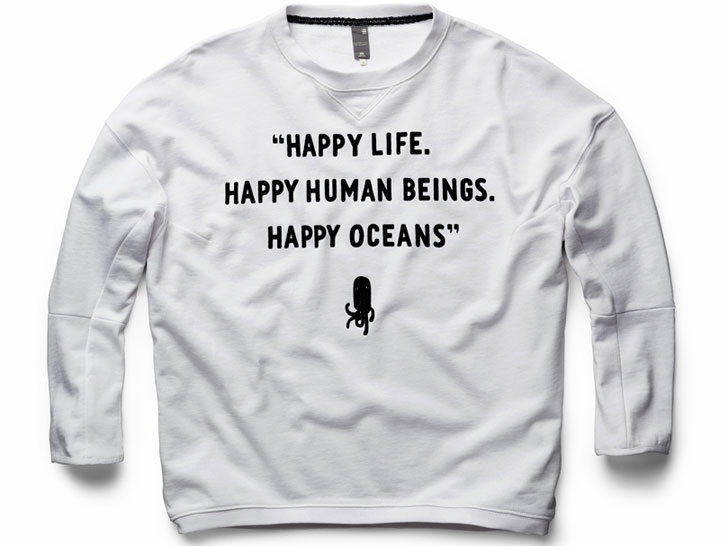 Since we featured this high-profile fashion collaboration between denim giants G-Star, Bionic Yarn and the company’s celebrity owner Pharrell Williams in our Winter Issue 22, Raw for the Oceans has continued to make headlines. The collection recently took out the Grand Prix award for design at this year’s Cannes Lions International Festival of Creativity, and as of this month, the full range has officially been unveiled ahead of its September store release. Made from an innovative fibre that is spun with a recycled plastic sheath made from waste harvested from waterways, you’ll be happy to learn that Raw For the Oceans includes more than just jeans. Hoodies, sweatshirts, t-shirts, bomber jackets and caps for men and women are also on offer, each emblazoned with a trademark octopus logo. Poignantly, our first look at the new range has come at the same time as new research highlighting concerns about ocean waste, and another study that confirms the presence of plastic debris on distant and deep ocean seabeds, negatively impacting marine ecosystems previously thought to be untouched by humans. Raw for the Oceans, which aims to recycle about 10 tonnes of that waste, follows on from a successful 2010 range of Bionic denim jackets designed for Topshop, and precedes future projects with retailers Uniqlo and Adidas. You can learn more about Bionic Yarn here, or sign-up for updates on when the G-Star collection will finally be sailing into a store near you.