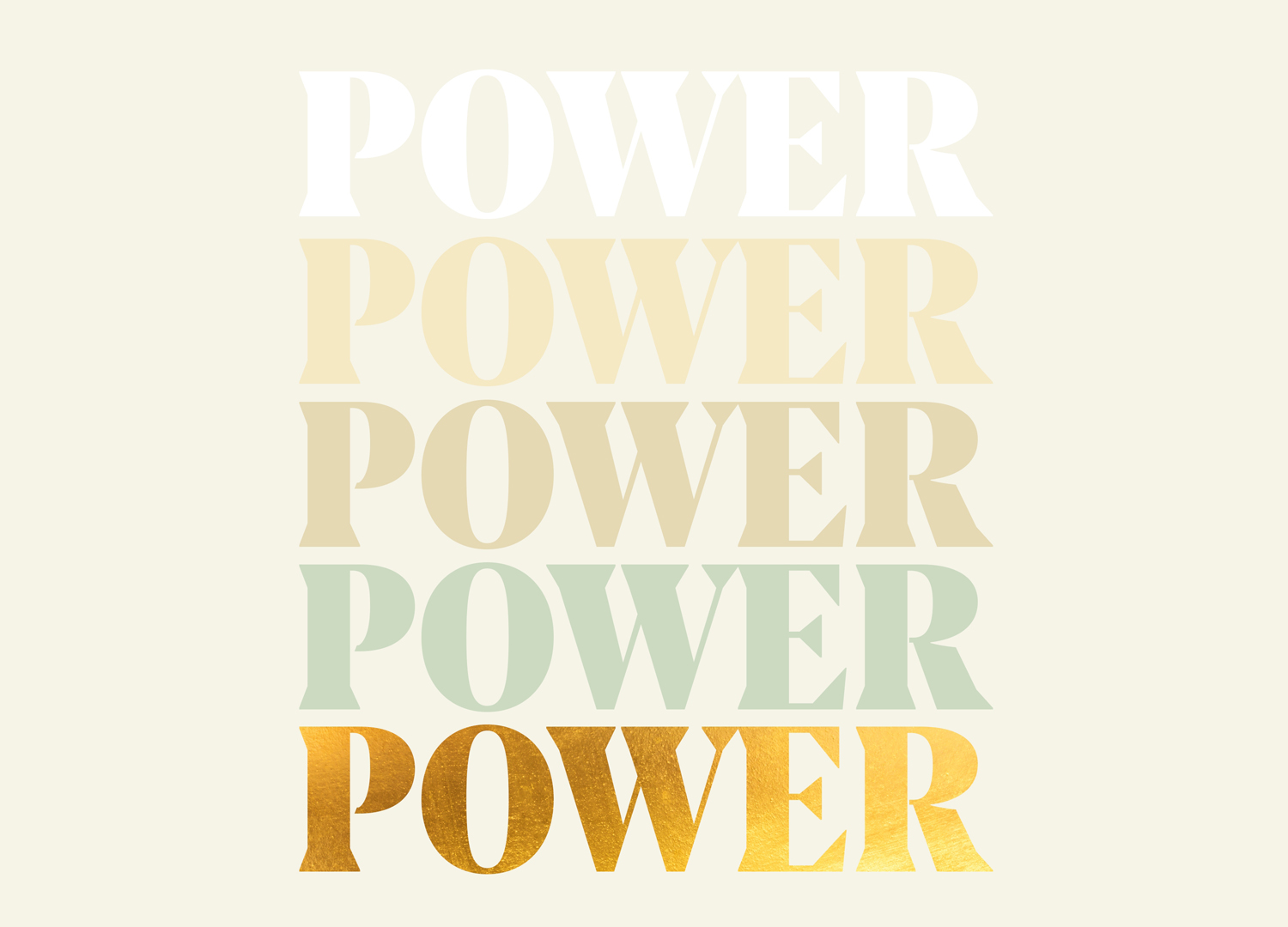 Power (noun): the ability or capacity to do something or act in a particular way.

Women today have more opportunities than our mothers and grandmothers ever had, and yet the societal structures we must navigate to claim and own some of these opportunities can still lead us to question our abilities and our power. For many women, ‘power’ is abstract. Many of us have been and continue to be intimidated by it. Countless women were raised like me to believe that power belongs to others, that it is destructive and therefore they had no interest in exploring or owning power for themselves. My relationship to power has mainly been one of powerlessness.

My relationship to power has mainly been one of powerlessness.

In my experience, power was white – either a white man in a suit, or a white woman who was blonde and thin. A university education also meant power – if you had a degree, you had more power than someone who didn’t. Being able to get a university education was linked to privilege, which was linked to whiteness, which in turn was linked to power. At school I was black, female and overweight, and a university degree was not an option for me. Power, as it appeared to me then, was not a concept I recognised for myself. Over time I have needed to explore and define power on my own terms.

I have coached hundreds of women in my one-to-one practice and thousands of women in group settings. These are women in CEO roles, women running their own companies, entrepreneurs, managers, women on the land, professional athletes, yoga teachers, activists, social workers and coaches – women in various positions in diverse industries. Rarely do these women start working with me to explore their power, but in the coaching process most uncover their relationship with power in the same way they uncover their relationship to asking. They explore the times they owned their power, when they had their power taken away, when they gave it away, how they have stepped into their power and how life changes when they own and harness that power. 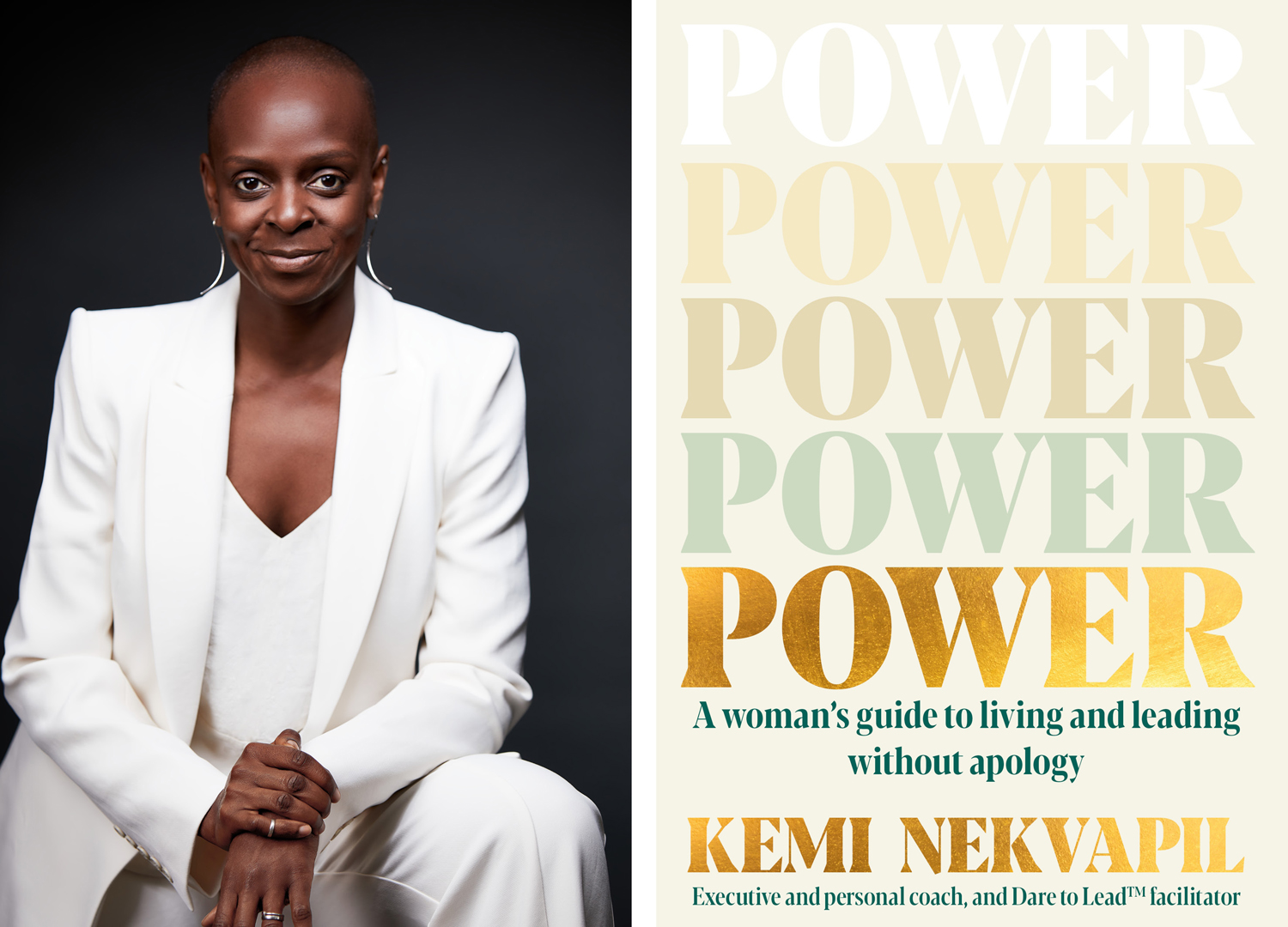 Power that is created by a system based on a person’s gender, privilege and ‘granted’ status makes us believe it only belongs to a chosen few. And the continuity of this system depends on the chosen few inviting others who look like them and have the same upbringing as them to the power table. The rest of us are excluded. For many years I heard ‘The system is broken’, but this is a rose-coloured way of looking at things. It gives the impression that there was once, in the ‘days of old’, a system that served everyone equally, and somehow one day, or even over a period of time, that system collapsed. But let’s take off the rose-coloured glasses, and confront the truth. The system was meant to be this way; nothing got broken. The system was set up for men, it was set up for whiteness. And the tragedy is that within that system, many of us have felt broken.

I have learned, as many women have, how to live and lead ‘as an apology’. Let me clarify what I mean here:

Now is the time to elevate our individual power and the power of other women, because the world needs women to own their power like never before. It is time we own our ability to ‘do something or act in a particular way’, to build a better system from the inside out.

This is an edited extract from POWER: A Woman’s Guide to Living and Leading Without Apology by Kemi Nekvapil. Published by Penguin Random House Australia, RRP $34.99