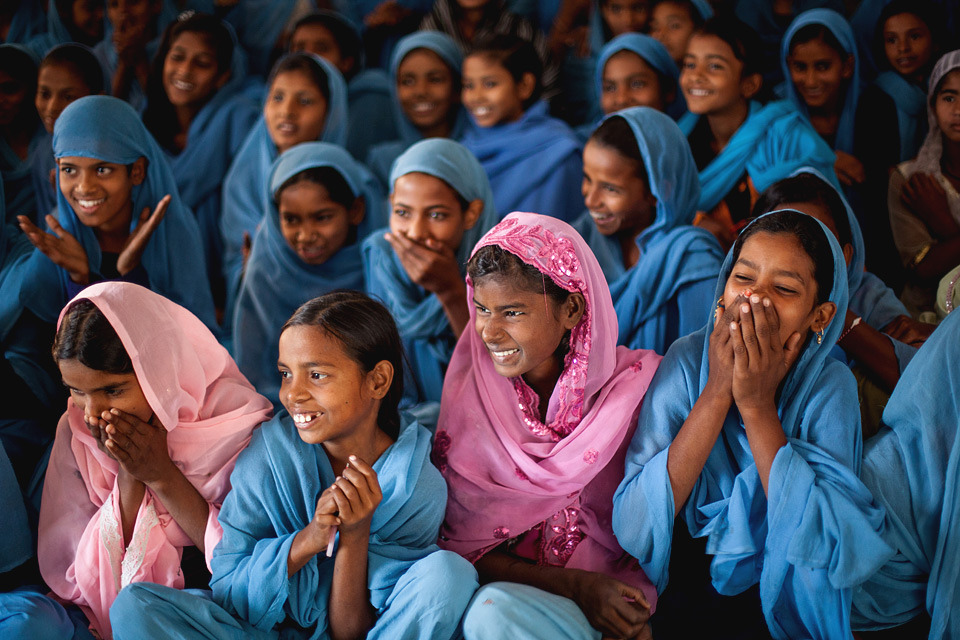 Half the world menstruates, yet it’s a subject that’s rarely discussed in the media (with many publications refusing to cover any stories remotely related to that ‘time of the month’). In some cultures around the world, menstruation is so taboo that it isn’t talked about within individual families, communities or schools – making it difficult for women to manage their periods, not to mention terrifying for girls experiencing theirs for the first time. We spoke to Dr Dani Barrington, Research Fellow at Monash University and the International WaterCentre, about the world’s first Menstrual Hygiene Day this Wednesday 28 May 2014 – created to raise awareness and promote sanitation and hygiene for women and girls around the globe.

How did Menstrual Hygiene Day come about, and why is it needed?

Menstrual hygiene management has been largely overlooked in the context of water, sanitation and hygiene (WASH) development initiatives, even though it directly impacts 50% of the world’s population (100% if you consider that it’s a part of where we all come from!). A scary amount of girls around the globe have never heard of menstruation when they get their first period – imagine the fear and shock they must experience. Some girls know of its existence, but consider it a disease. And in some places it is a common belief that women don’t begin menstruating until they have lost their virginity, which can lead to cruel and harsh punishments (often by male family members) in conservative societies.

WASH United is a Berlin-based organisation that uses fun, games and positive communication to promote sanitation and hygiene for all. In May 2013, WASH pioneered May #MENSTRAVAGANZA, a 28-day social media campaign cycle dedicated to generating awareness about menstruation, the taboos surrounding it and the general significance of menstrual hygiene to ensuring the health and education of women and girls worldwide. The idea of creating a Menstrual Hygiene Day emerged when they saw how positively the campaign was being received and the momentum it was generating. Thus, the idea to create a day that concretises these sentiments was born, and we celebrate its inauguration this year. May is the 5th month of the year, representing 5 days, or the average number of days a woman or girl spends menstruating each month; 28 represents the average number of days in a menstrual cycle.

What kind of challenges do girls and women in the developing world have to deal with during their period?

In many countries women are banned from certain activities whilst they are menstruating. This can include things from cooking to praying. In some areas of Nepal women are even banished from their households whilst they bleed. This practice, Chaupadi, results in physical and emotional isolation, and exposes women to unhygienic conditions and wild animal attacks.

Where women do not have access to affordable, hygienic and safe products and facilities, or where they are too embarrassed to ask for materials, it is common for them to use whatever they can find to manage their flow. This includes things such as old rags, husks, dried leaves, grass, ash, sand or newspapers, which can lead to serious infections (not to mention the impacts on women’s dignity). Where female genital mutilation is practiced, women often have such a small opening left to urinate and menstruate through that their periods can last for three quarters of the month, which is not only uncomfortable, but again can lead to various infections.

What impact does menstruation have on the education of girls?

In many countries an alarming amount of girls either drop out of school altogether or decrease their attendance substantially once they reach puberty. A major reason for this is often the lack of private, appropriate toilet facilities. Girls want somewhere clean and separate from the boys to manage their periods, and sadly, at many schools the toilets are unhygienic, not separated according to gender, aren’t private or don’t exist at all! So we see a major ‘brain drain’ once girls hit puberty, which we know has a negative impact on human development.

Why do you think menstruation is such a taboo subject?

I have often wondered about this myself. I understand that menstruation is linked to reproduction and hence sex, which probably cements its ‘tabooness’ in more conservative cultures – but in Australia it is still taboo, despite the fact that every second television scene mentions sex in some way. So I can’t really answer the question, but I am trying to break the taboo in Australia by discussing my work with anyone and everyone. Also, I love this quote that I keep going back to as food for thought, and which inspires me to keep prattling on:

“If men could menstruate… menstruation would be an enviable, boast-worthy, masculine event: Men would brag about how long and how much. Boys would mark the onset of menses, that longed-for proof of manhood, with religious ritual and stag parties. Congress would fund a National Institute of Dysmenorrhea to help stamp out monthly discomforts. Sanitary supplies would be federally funded and free.”

(You can read the full version this is extracted from here)

How can educating boys and men about the issues surrounding menstrual hygiene help?

Many of us Australian girls will remember that awkward school day where the boys were suddenly separated from the girls for a ‘special health class’ – this isn’t common everywhere. Many boys lack accurate information about menstrual hygiene if they aren’t taught about it at school or at home, and what they do ‘know’ is often laced with negative stereotypes, reinforcing the stigmas attached to something that is completely natural. Educating boys and men about the facts of menstruation can dispel these myths, helping empower girls and women. This can be especially important in families where males are the breadwinners, and hence control how much money is available for menstrual hygiene products. And hey, it’s not even that great in Australia – did you know that menstrual hygiene products are taxed here because they are considered ‘luxury items’?!

What events are happening around the world on 28 May? How can people get involved?

There are heaps of events going on, including some ‘global’ activities which can be found here. In Australia we are focussing our efforts on bombarding social media with the hashtags #MenstruationMatters and #MHDay – they are already trending leading up to the day. Our main goal is to ‘Start the Conversation about Menstruation’ to dispel the myths and break the taboo in Australia, and let the Aussie public know what menstruation is like for girls in other parts of the world. WASH United have put together an awesome toolkit including a guide on how to start conversations around menstruation, menstrual hygiene fact sheets and an AMAZING infographic which we are encouraging people to use to do this.

Something super easy people can do is download the ‘#MenstruationMatters because…’ sign, fill it in, take a photo and share it on social media – we want everyone’s voices to be heard – male and female! My sign is stuck to my office door, and it has sparked some great, very open conversations about what it’s like to be a woman both here and overseas. Next year we would LOVE to run an event (celebration!) for Menstrual Hygiene Day in Australia. If all of this has inspired you, I’d love for you to get in touch so that we can make the day even more phenomenal in 2015!