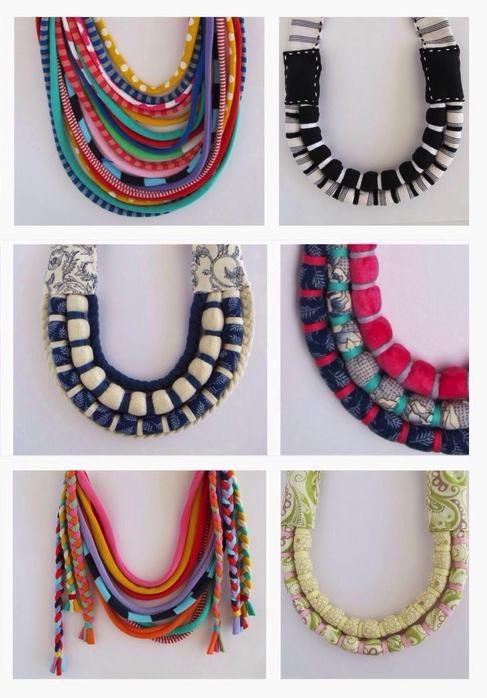 Since we first spotlighted designer Tess Freund and her home-grown label in Issue 22, things have certainly been busy over at Monkey & Mum HQ. Until now, Tess has been designing and making her baby-friendly jewellery in a small Brisbane studio, but with demand steadily growing, she has decided to expand her business and partner with non-profit the Mehera Shaw Foundation, who have connected her with a team of female artisans in Taabar, India. Already trained to craft three designs, the new Monkey & Mum makers are all set to produce the label’s debut range of Fair Trade necklaces from organic cotton and silk fabric off-cuts from Mehera Shaw’s other manufacturing lines. To help get the project rolling, Tess has just launched a 30-day Kickstarter campaign – the proceeds of which will be used to pay the women’s wages (which they set for themselves), buy supplies, set up a training fund and cover other overheads. Make a pledge and you’ll be among the first to own a piece from the new range – and if that’s not incentive enough, there are some other great rewards up for grabs including the opportunity to meet with Mehera Shaw’s artisans in Jaipur and stay two nights in the Megh Niwas boutique hotel. Head to Tess’ Kickstarter page to find out more!