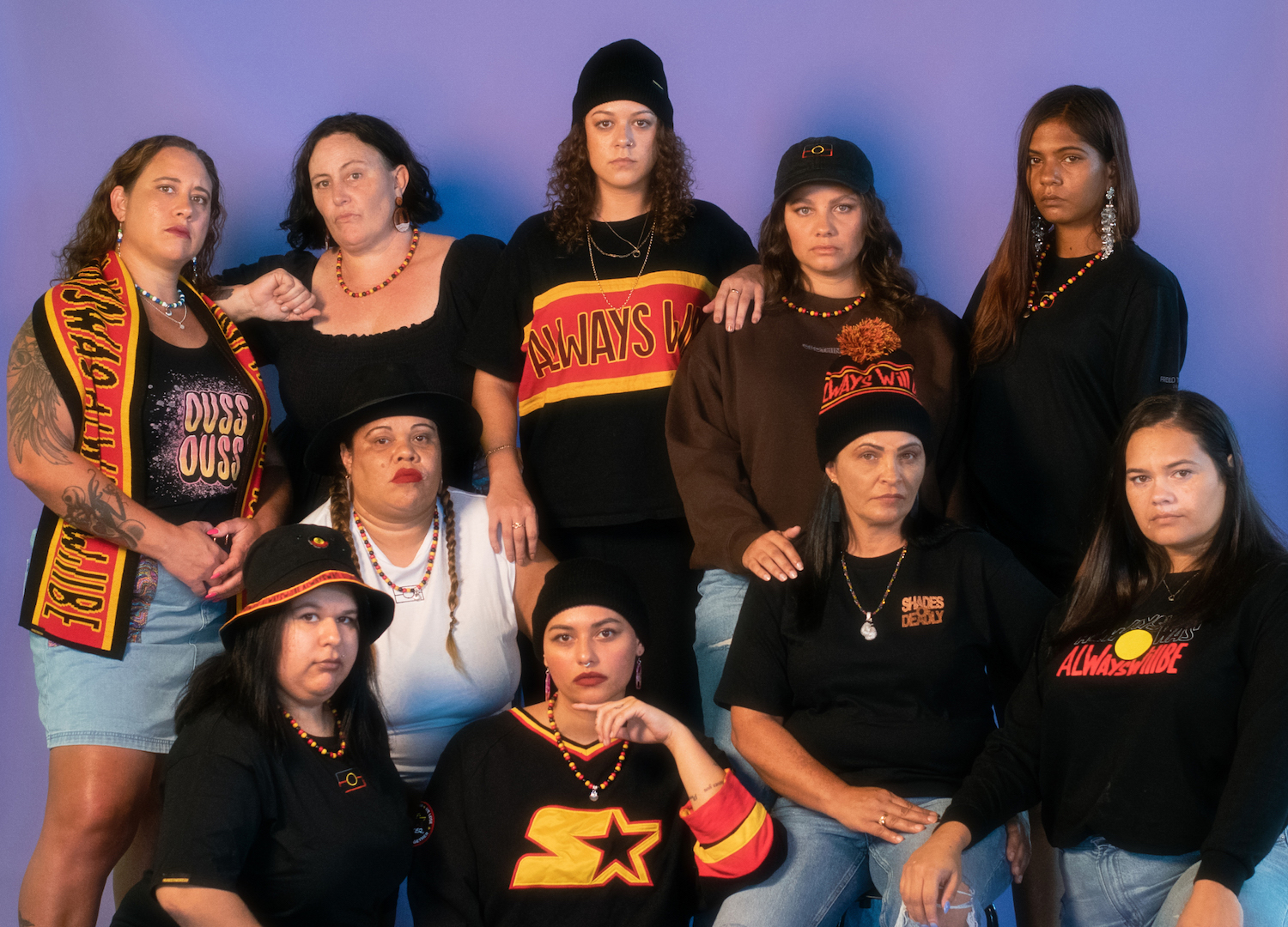 Wiradjuri, Ngemba and Paakantji writer Gemma Pol reflects on the power and passion of the Blak Matriarchy for Common Ground ahead of Mother’s Day alongside an inspired photoshoot by Noongar photographer Cole Baxter.

Matriarchy has been at the centre of First Nations cultures, communities and movements since time immemorial. But the word means many different things to many different people.

Cambridge Dictionary defines matriarchy as “a type of society in which women have most of the authority and power, or a society in which property belongs to women and is given to children by women rather than men”.

This is a colonial definition that doesn’t align with First Nations ways of thinking, being and knowing. The Blak matriarchy isn’t confined to the gender binary. And it is less about control and ownership, and more about strength, custodianship and spirituality.

The Blak matriarchy is as staunch and unwavering as it is gentle and nurturing. So it makes sense that when First Nations women and gender diverse people come together, magic happens. Enter Rebecca (Beck) Rickard, Lulkbudia McLean, Keisha Calyun, Lorraine Pryor and Brenda Mau who (alongside others) took part in a photo shoot in Boorloo (Perth) for Mother’s Day, captured by Noongar photographer Cole Baxter. 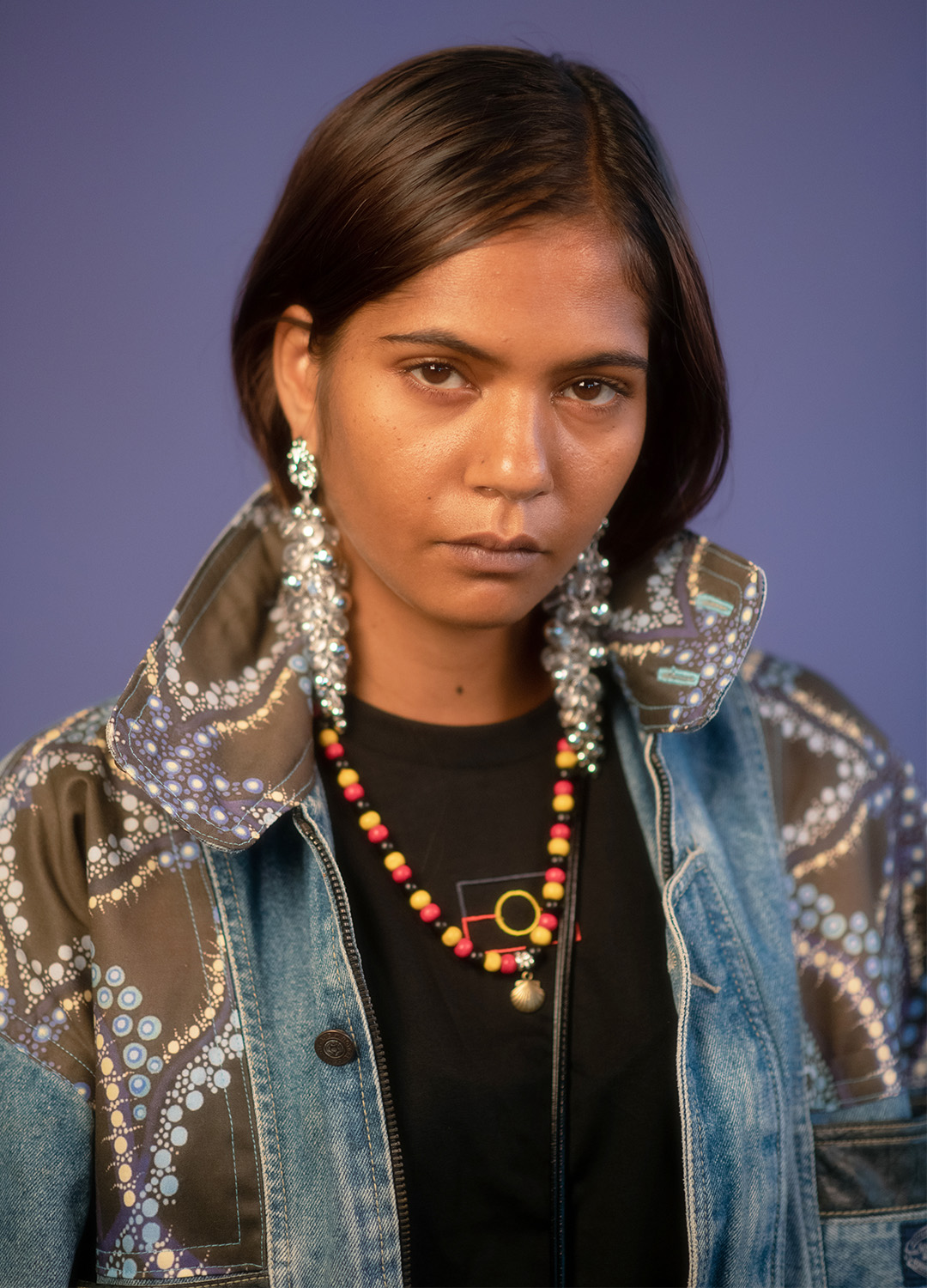 Beck is a Whadjuk Ballardong mother and the founder of Deadly Denim. Deadly Denim collaborates with First Nations artists and art centres to put artwork on upcycled denim. Beck is also studying to be a midwife, and is deeply committed to strengthening cultural birthing practices.

“I had my first bub as a teenager at one of our big hospitals and the lack of care I experienced  led to postnatal depression,” says Beck.

Beck had her second baby 15 years later at home and on Country through a midwifery group practice: “I had all of my care at home with the same midwife. This continuity had such a powerful and healing impact on me.”

“I would love to see more Aboriginal midwifery groups and Birthing on Country programs. These services help bring cultural knowledge, connection and practice back to midwifery,” she shares. 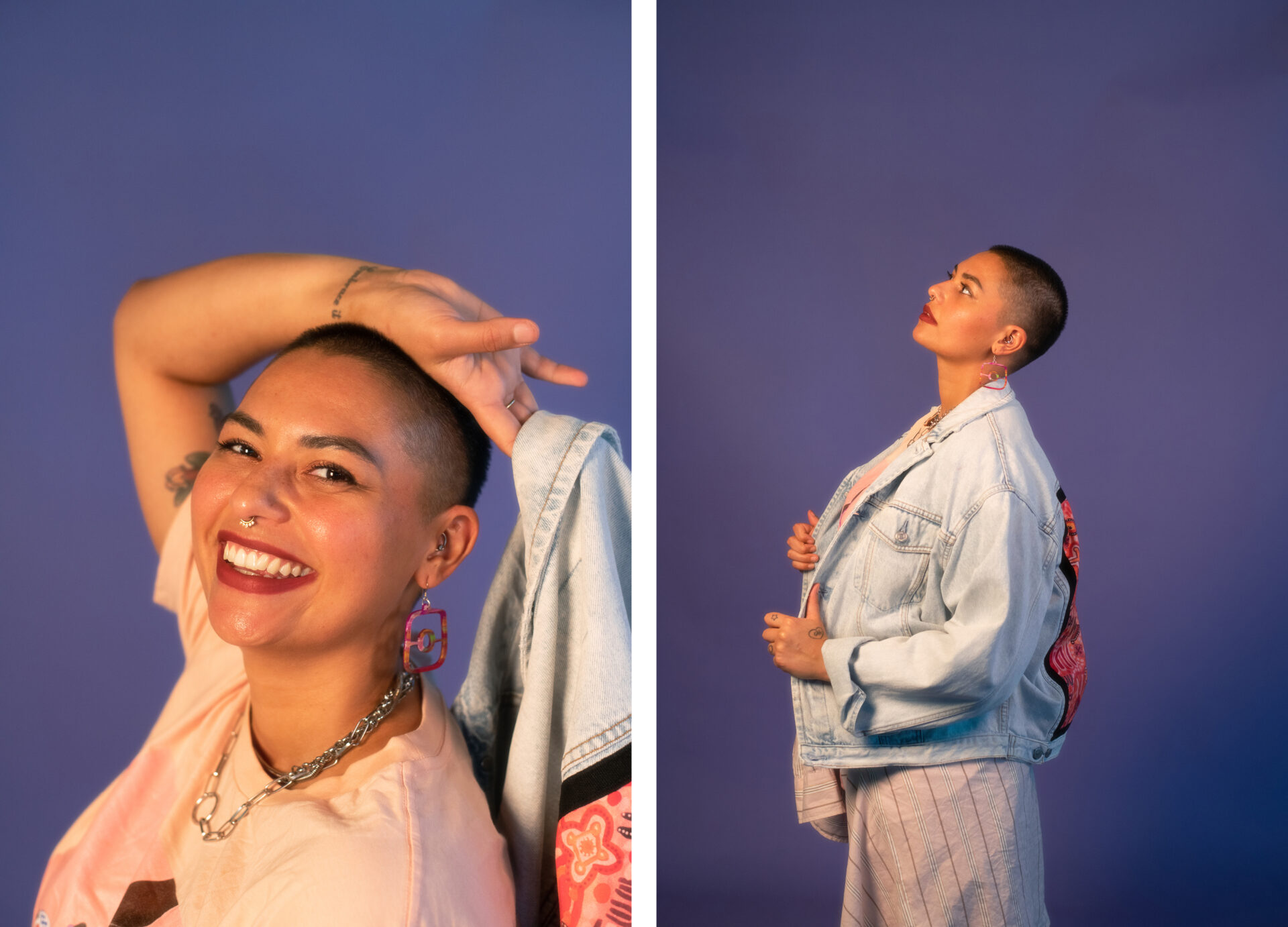 Lulkbudia is a Miriwoong Gadjeroong woman from Kununurra who has lived in Boorloo for the last three years. She’s a sister, daughter, mother and grandmother, DJ, artist and campaigner for Social Reinvestment WA.

Lulkbudia is passionate about Blak, queer representation and is committed to creating safe spaces for LGBTQIA+ mob. She yarns about her mum and sisters, and how the Blak matriarchy has shaped her identity.

“I was raised by my mum and my sisters. The Blak matriarchy has been part of my life since forever,” says Lulkbudia. “My older sister Jutjut was the first openly queer person in our family, and really paved the way for me to be able to do that as well.” 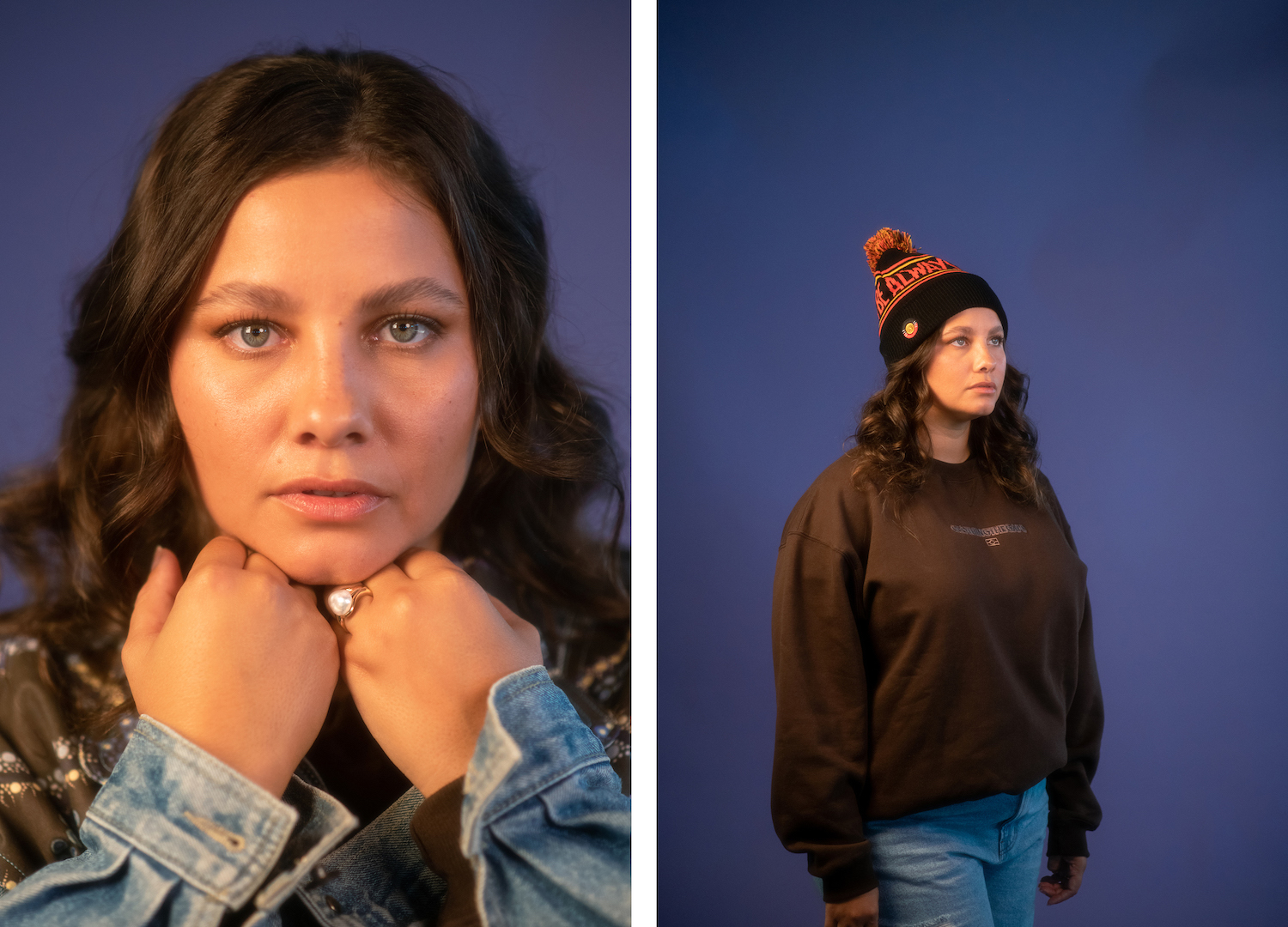 Keisha is a Ballardong Noongar woman who grew up on both Ballardong Country in Toodyay and Whadjuk Country in Boorloo. She’s a medical student and cares for her younger siblings with the support of her sister and husband.

Keisha’s mother was non-Indigenous, and passed away in 2017. Keisha yarns about the importance of acknowledging all First Nations women and people who step into the roles of mothers: “Our women are so amazing that there are many sisters, cousins, aunties and grandmothers who care for and raise our children and support us as adults when our own mothers cannot.” 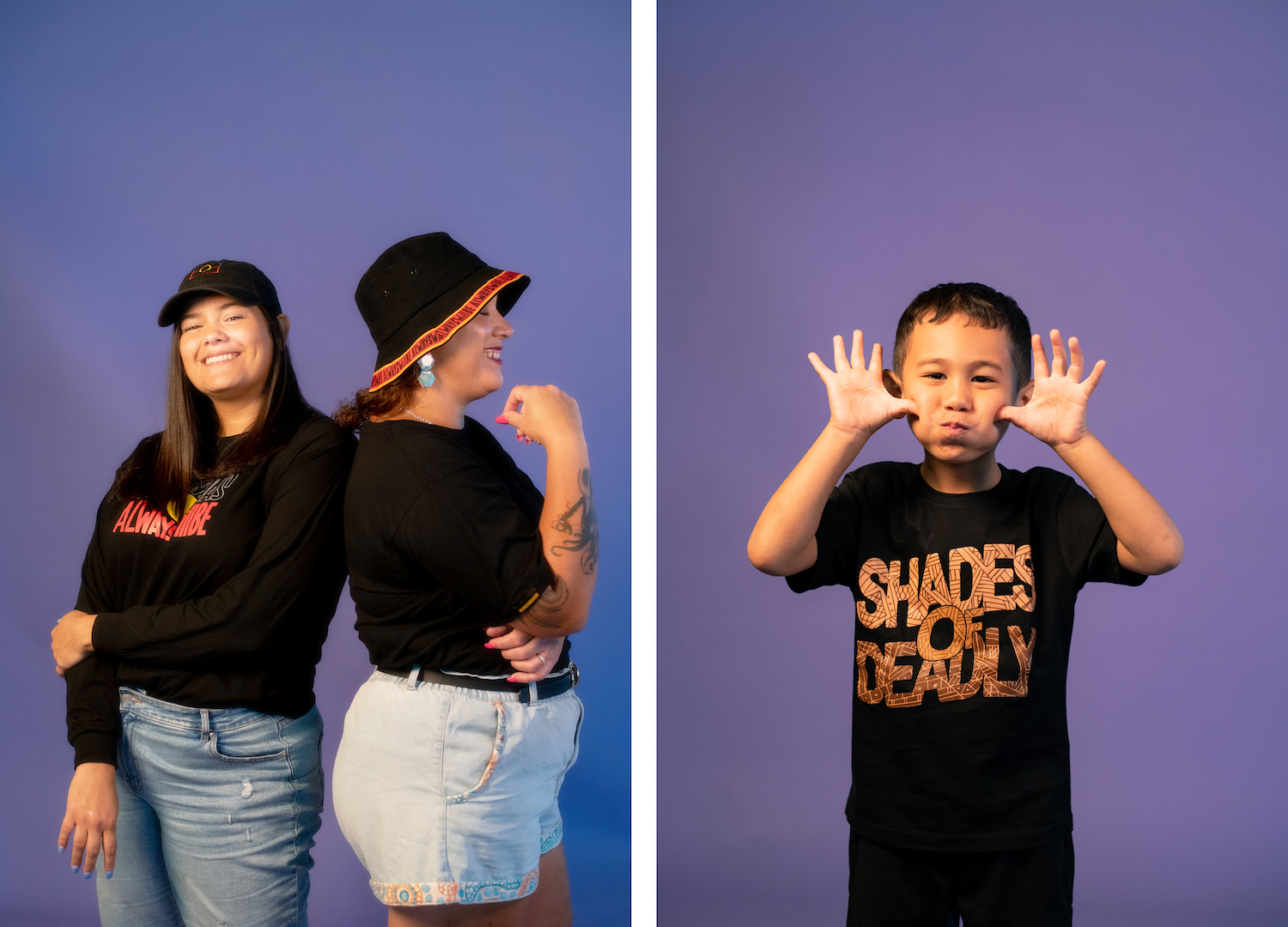 Lorraine is a Whadjuk Ballardong mother, grandmother and founder of Voice of Hope – an initiative for First Nations women who are or have been incarcerated, impacted by domestic violence and substance abuse and addiction. She supports women both inside the prison system and after their release.

“The western world has failed us in a lot of ways,” Lorraine says. “We aren’t recovering and rehabilitating in prisons. I know this from lived experience. I’ve walked that path before – addiction, domestic violence and being in and out of prison. But I’m 11 years in recovery now so it’s time to give back to the community.”

One of Lorraine’s matriarchs is her aunty, who is now resting in the Dreaming. “She never judged me when I was going through the bad times,” Lorraine reflects. “And she would always welcome me into her home and into her heart. She would guide me on my darkest days. And once I found my feet again and started going in the right direction, she was still there with me.” 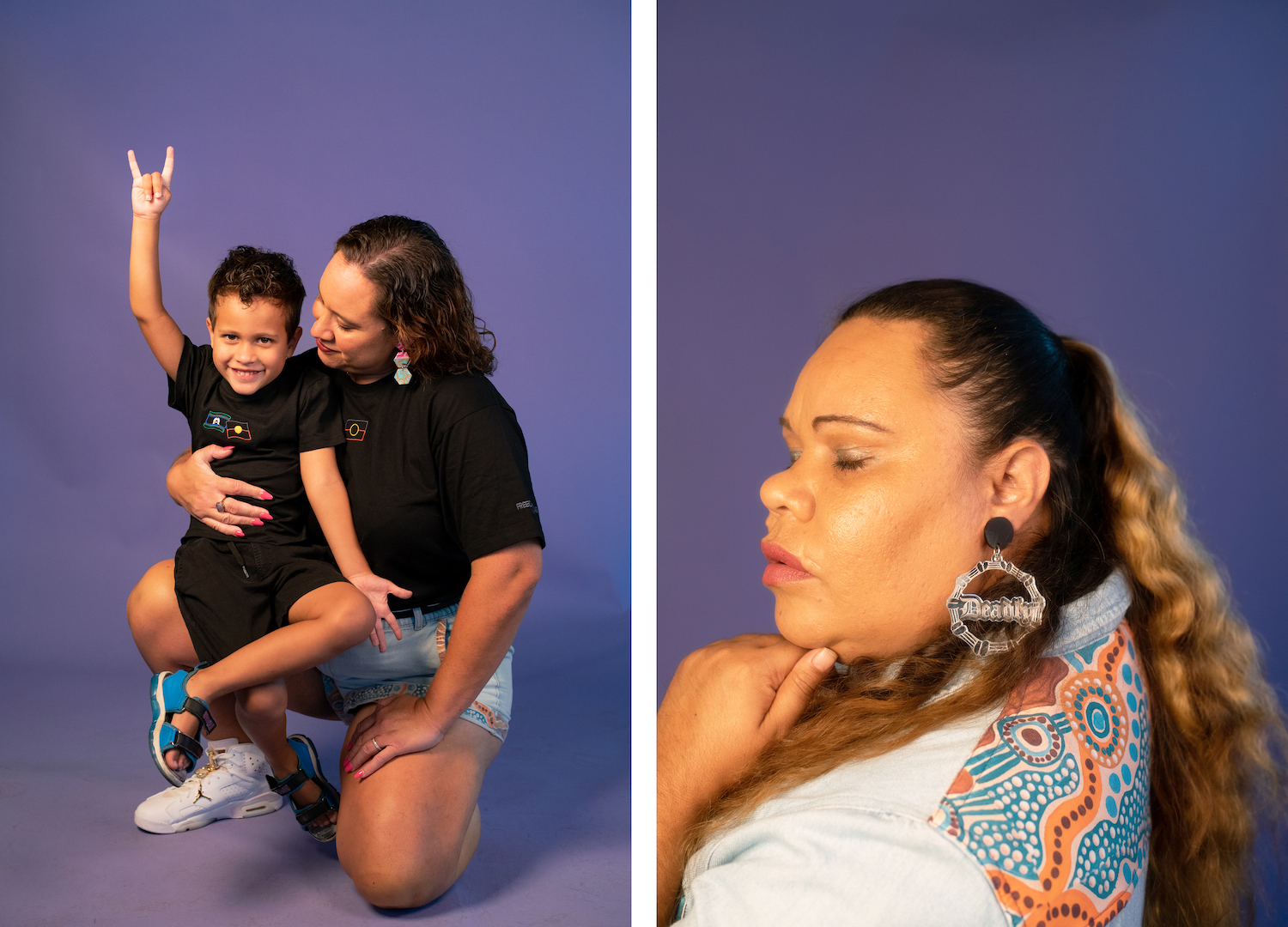 “My grandmother – my dad’s mum – is a Mandubarra Elder. Her name is Mary Appo, but everyone calls her Nanna Appo or Aunty Mary. She’s 93 this year and she’s the matriarch of our mob. She had one daughter and nine sons. Can you imagine? Ten kids!” she exclaims.

Brenda says if she looked up the word “matriarchy” in her own personalised dictionary, she would see her nanna’s photo with the following words: “Staunch, unwavering, loving, caring, opens her home to everyone, feeds everyone – and not just food, but knowledge, culture and stories.” 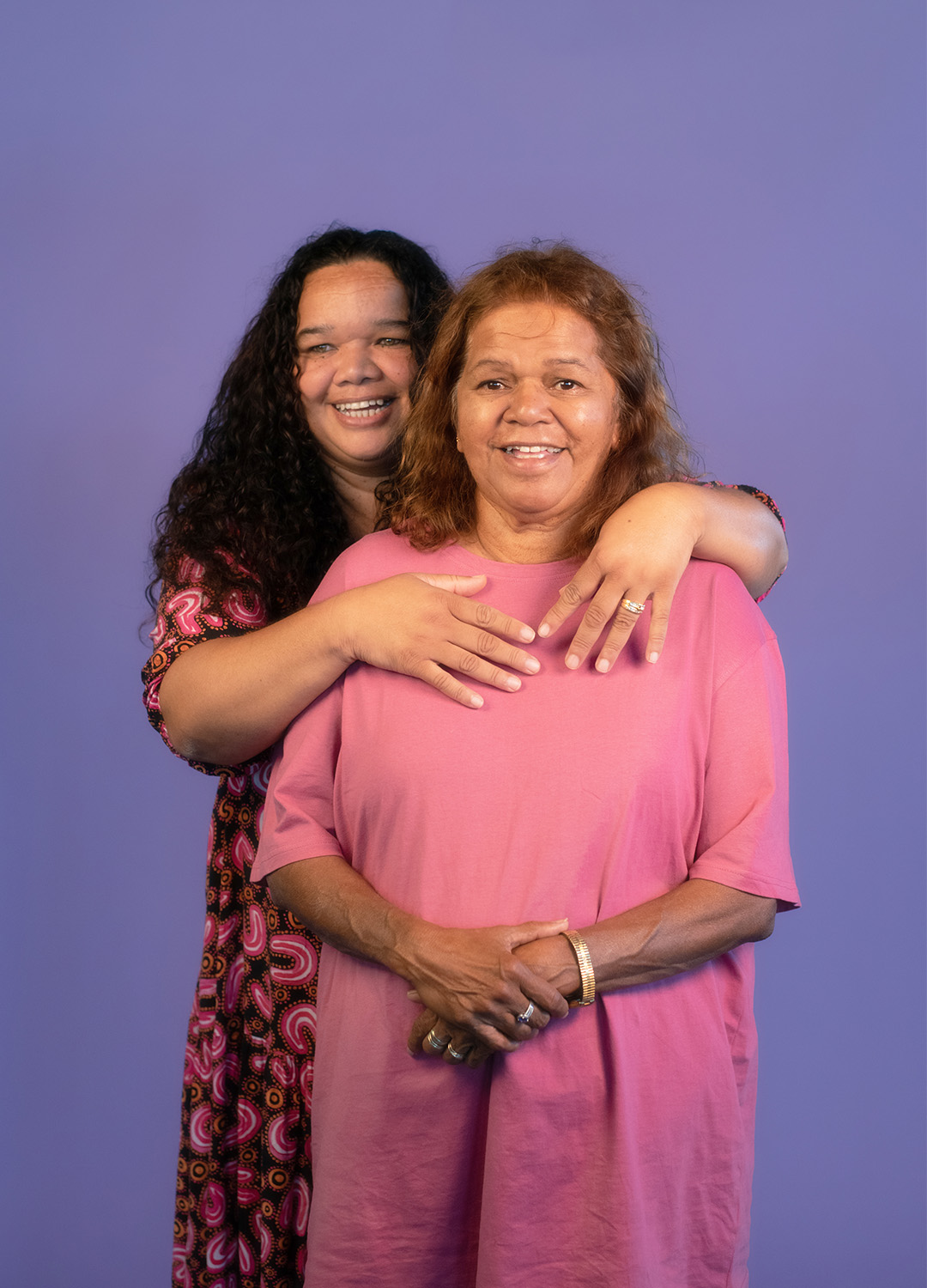 This photo shoot and gathering on Whadjuk Noongar Country is what honouring the Blak matriarchy can look like – intersectional, intergenerational and healing. Matriarchs uphold cultural protocol, share knowledge, safeguard stories, protect Country, strengthen cultures and care for community. And as Lulkbudia says, “They make it look easy.”