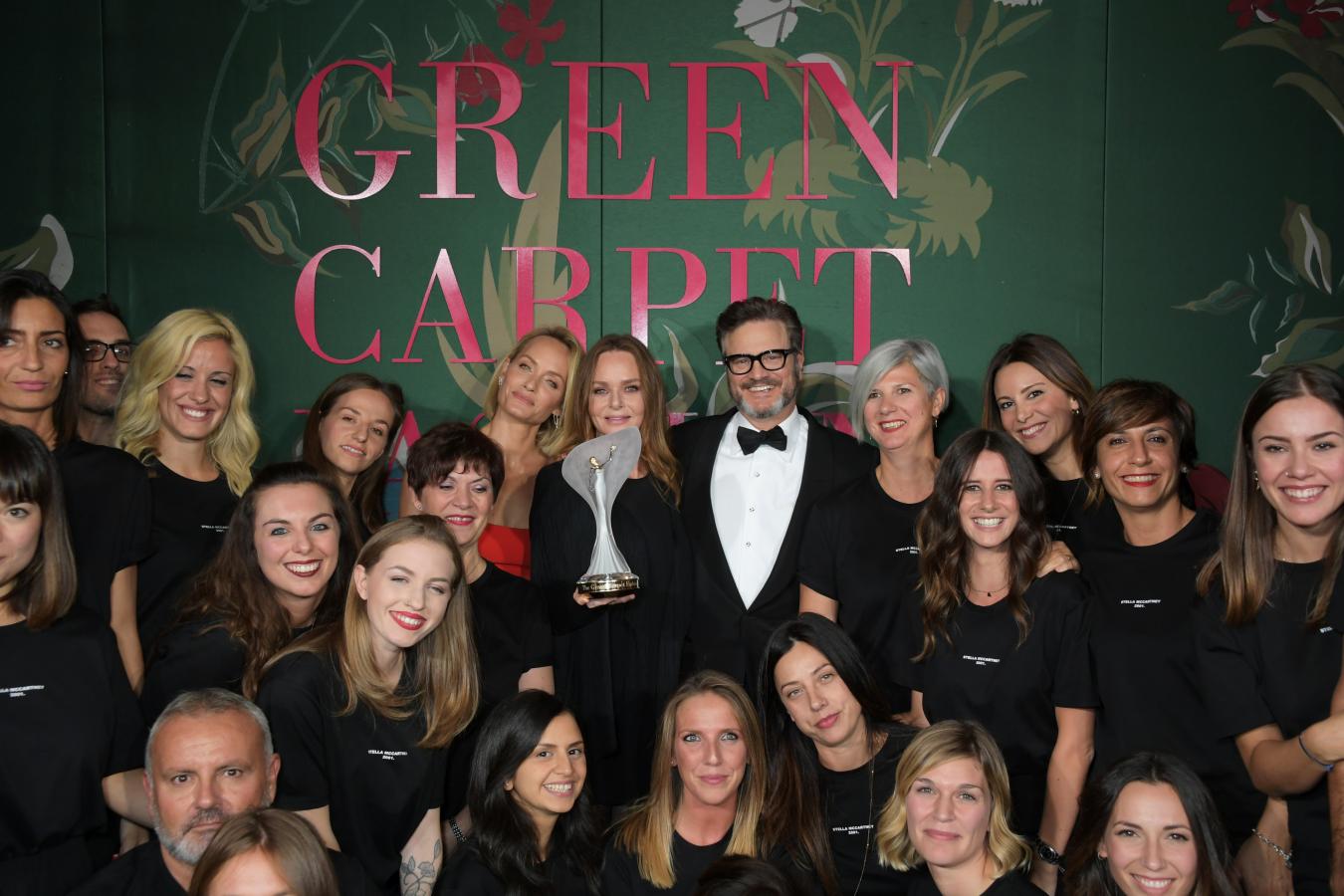 On September 22, Milan Fashion Week drew to a close with the Green Carpet Fashion Awards – a special event to laud environmental and social sustainability in the sector.

Now in its third year, the Awards is a joint effort between non-profit The National Chamber of Italian Fashion and Eco-Age, a sustainable fashion consultancy led by activist Livia Firth. Conceived as a way to celebrate the ‘unsung heroes’ of fashion – the millers, the makers, and the many thousands of individuals who work in the supply chain – Green Carpet celebrates fashion companies that demonstrate a commitment to sustainability, while simultaneously showcasing those who preserve time-honoured Italian traditions. It’s here, at the nexus of heritage and innovation, that organisers believe the most exciting changes are taking place.

Given the momentum that’s been building around ethical fashion in the past 12 months, this year’s instalment carried special significance. “We’ve turned a corner finally,” organiser Livia Firth told The Guardian on the eve of the Awards. “It’s a beautiful moment.” Falling on the final evening of Milan Fashion Week, this year’s Awards were attended by more than 1,000 guests, including designers and Hollywood A-listers. Australian model Adut Akech, dressed in a Valentino gown made from GOTS Certified silk, co-hosted the ceremony, itself a work of sustainable art.

The concept for the evening was inspired by Leonardo da Vinci; the 500th anniversary of his death is being marked this year. Guests entered onto a green carpet fashioned from 2,000 square metres of Econyl, nylon fabric regenerated from recycled fishing nets and other ocean debris. After the event, plants and flowers used to decorate the venue were donated to the City of Milan for re-planting.

While Livia Firth donned a 2004 gown (below), choosing to shop her own wardrobe rather than buy new, other guests sported fresh looks as part of the Green Carpet Challenge. Founded by Firth in 2010, the friendly competition defies some of the world’s leading luxury fashion houses to reimagine their designs using sustainable materials and manufacturing processes. 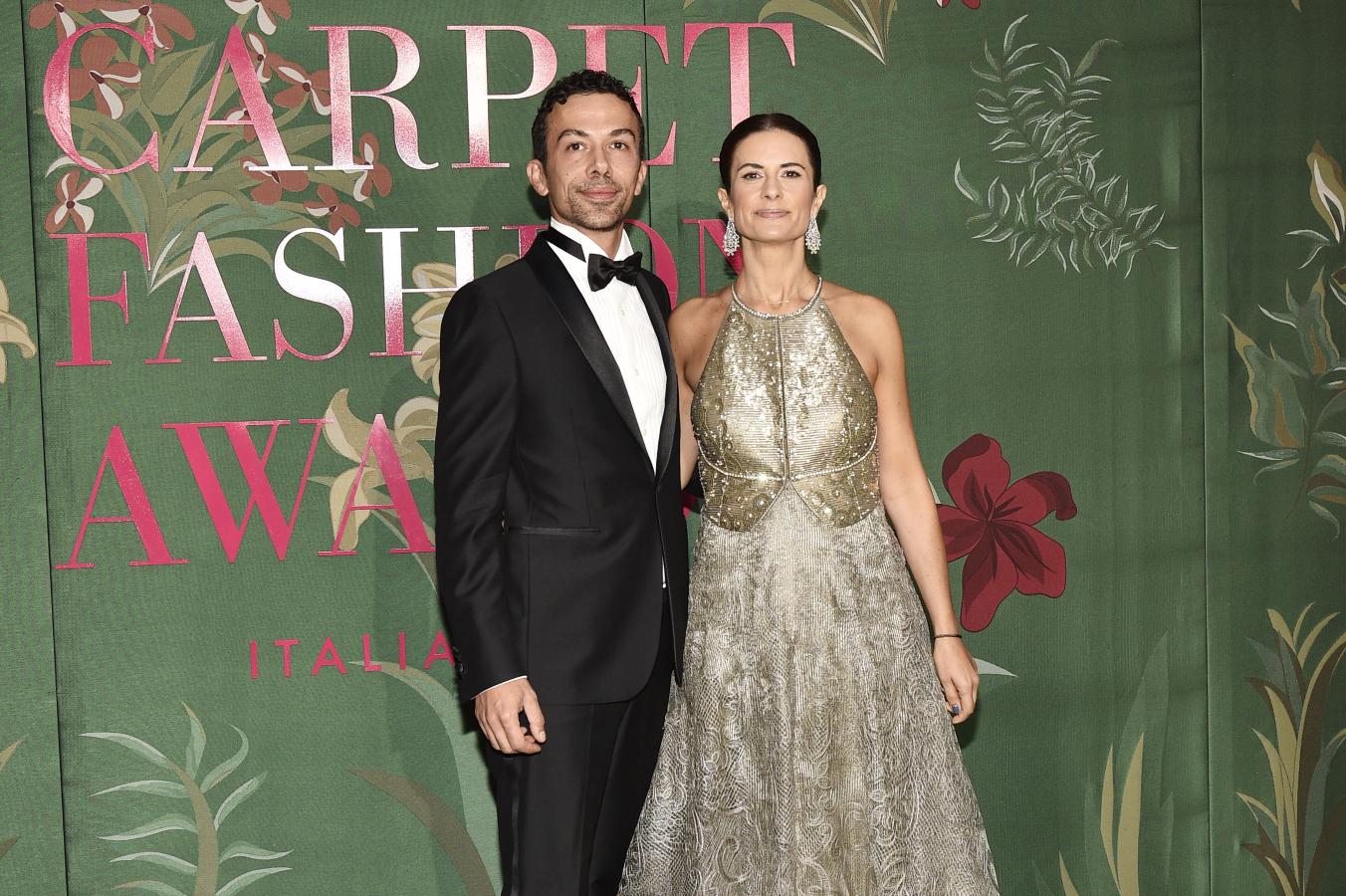 While the Green Carpet Challenge highlighted the latest in eco fashion, it was the 12 award winners who stole the show. Traditionally bestowed on entrepreneurs, activists, small businesses, craftspeople and designers, the awards recognise those who are changemakers in their industries.

The Legacy Award, the most prestigious of the evening, went to Valentino Garavani. The founder of Italian couture giant Valentino has long been a champion of handcraftsmanship. Also of note, this year’s Visionary Award went to Francois-Henri Pinault, Chief Executive of the Kering Group and chief architect of the recently announced G7 Fashion Pact.

Sustainability is today a global open workshop, an ongoing process propelled forward by trials and errors

After receiving the Groundbreaker Award for her vocal support of ethical fashion, Stella McCartney delivered an impassioned speech. “Sustainability is today a global open workshop, an ongoing process propelled forward by trials and errors. The definitive solutions have yet to come – that’s why the conversation has to be circular, with as many players as possible taking part in the debate,” she told the audience.

Model Doutzen Kroes was presented with the Social Media Changemaker Award for her #NotOnMyPlanet campaign, a social media movement that aims to end the slaughter of elephants for their ivory. The Art of Craftsmanship award went to Pino Grasso, an embroidery workshop in Milan with a 50-year legacy, while at the opposite end of the spectrum, Flavia La Rocca, a made-in-Italy brand that promises to create the ultimate capsule wardrobe with their zero-waste modular apparel, was named Best Emerging Designer.

It wasn’t just individuals who were recognised on the night – a number of collectives and grassroots movements also received Green Carpet Fashion Awards in recognition of their work. I Was A Sari, a social enterprise backed by Gucci, repurposes pre-loved Indian saris while training young female embroiderers in Mumbai. Seven women from the group flew to Milan to accept their Responsible Disruption Award.

The Circular Economy Award, meanwhile, was given to Healthy Seas, an NGO staffed by volunteer divers who are dedicated to cleansing the oceans of plastic waste and transforming it into a useable resource, Econyl fabric. The accolade was presented by Prada, who recently entered into a partnership with Healthy Seas to create a range of upcycled Prada Re-Nylon bags. The Association of Venetian Gondoliers were spotlighted for their decision to switch to natural merino wool for their iconic black-and-white-striped uniforms. They received the Ecostewardship Award for their efforts.