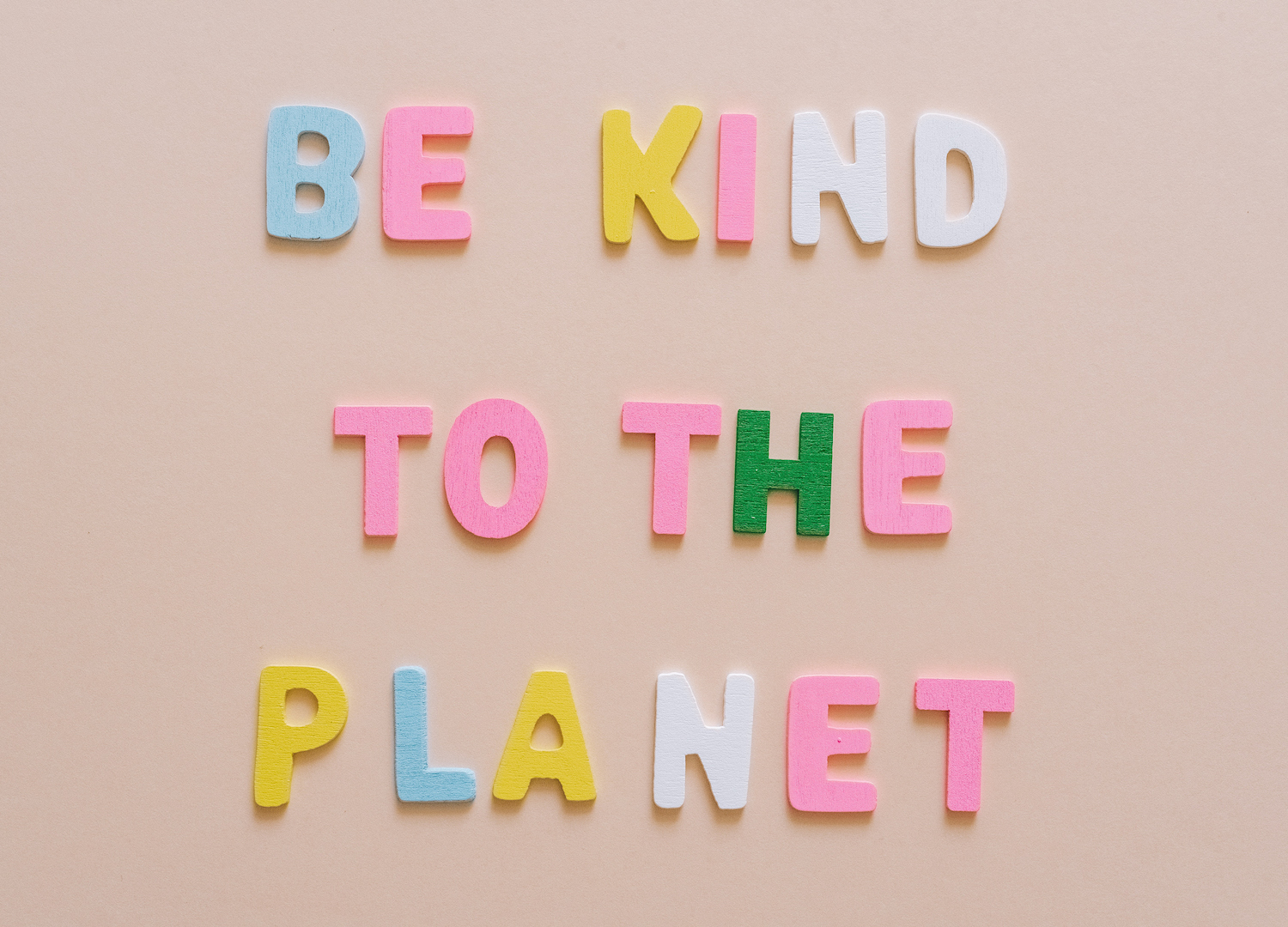 After spending a good portion of the year doom-scrolling, it’s pretty tempting to call 2022 a bin fire and leave it in the dirt. But, as always, humans find a way through the darkness and there was a whole lot of good news that happened. We think that’s worth celebrating. So, to end the year on a high and feel all the warm and fuzzies, we’ve put together a long list of headlines that made us smile throughout 2022.

WHAT A WONDERFUL WORM

Spanish scientists have isolated enzymes in wax worms’ salvia that can rapidly break down polyethylene, a widely used plastic that takes years to degrade under normal circumstances, a discovery that could “revolutionise recycling!”

CSIRO reports that plastic waste on Australian beaches has declined by nearly 30% in the last six years! 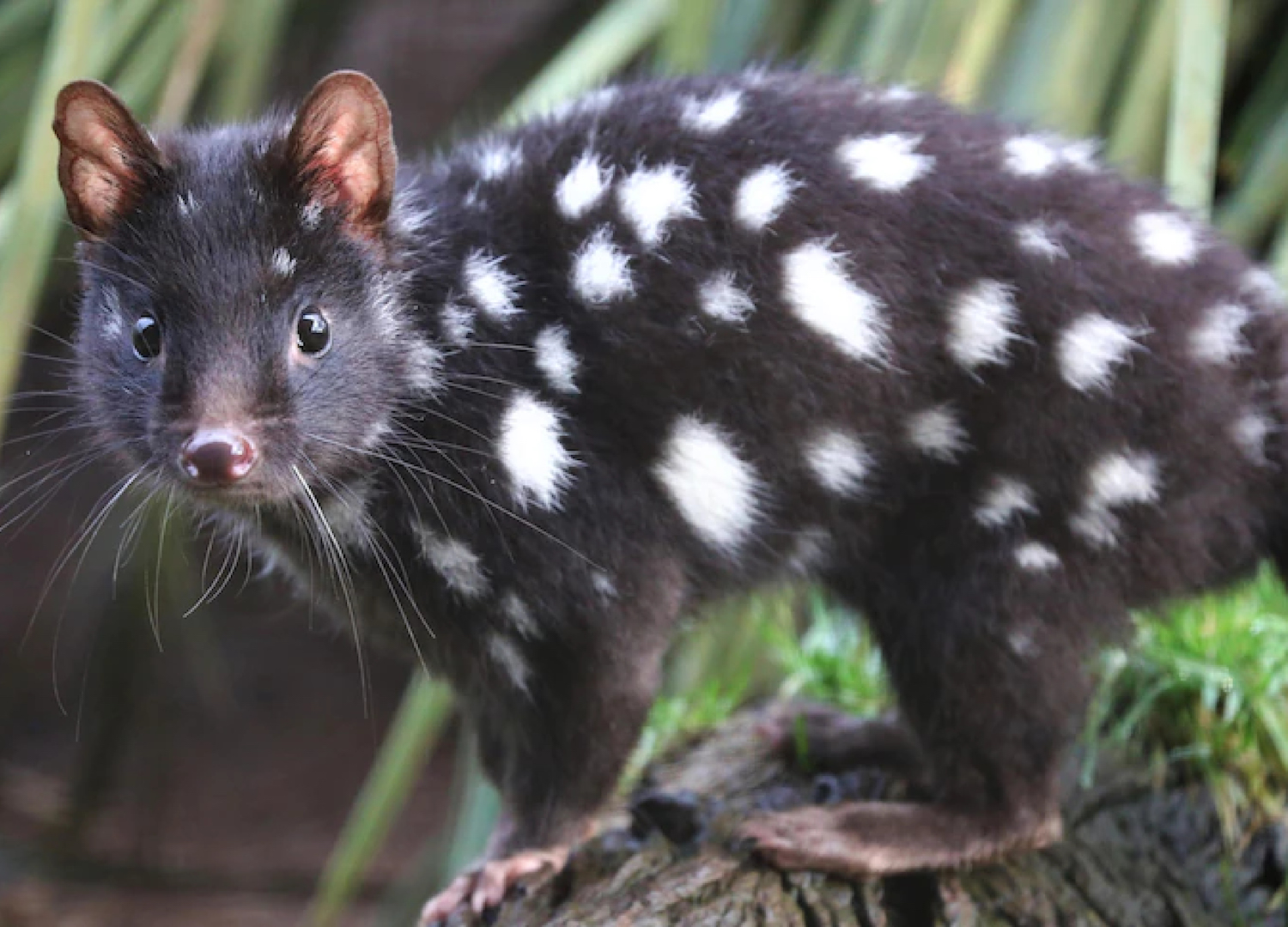 The Barrington Wildlife Sanctuary in New South Wales recorded record numbers of eastern quoll joeys born this season as part of a program to safeguard the population of endangered quoll species.

Here’s a picture of Jonathan, the oldest tortoise in the world, enjoying a feast for his 190th birthday party over the weekend 🥰 pic.twitter.com/MEhI54FXpf

Jonathon the Seychelles giant tortoise celebrated his 190th birthday this year with a three-day festival at his home on the island of Saint Helena. Jonathan is the world’s oldest living land animal and a Gay Elder and Icon.

The new president of Brazil, Luiz Inácio Lula da Silva, pledged to end deforestation in the Amazon, saying in his victory speech, “Brazil is ready to resume its leading role in the fight against the climate crisis, protecting all our biomes, especially the Amazon rainforest.”

Researchers at Stanford University have developed groundbreaking solar panels that generate electricity at night time (when the sun is asleep!) creating electricity from the temperature difference between the cells and the air around them.

NASA and NOAA report threats to the ozone layer receding below a significant milestone in 2022, with the Antarctic Ozone Hole continuing to shrink. Scientists predict it may totally heal within 50 years, largely thanks to the efforts of humanity (that’s us!) like the 1987 Montreal Protocol. 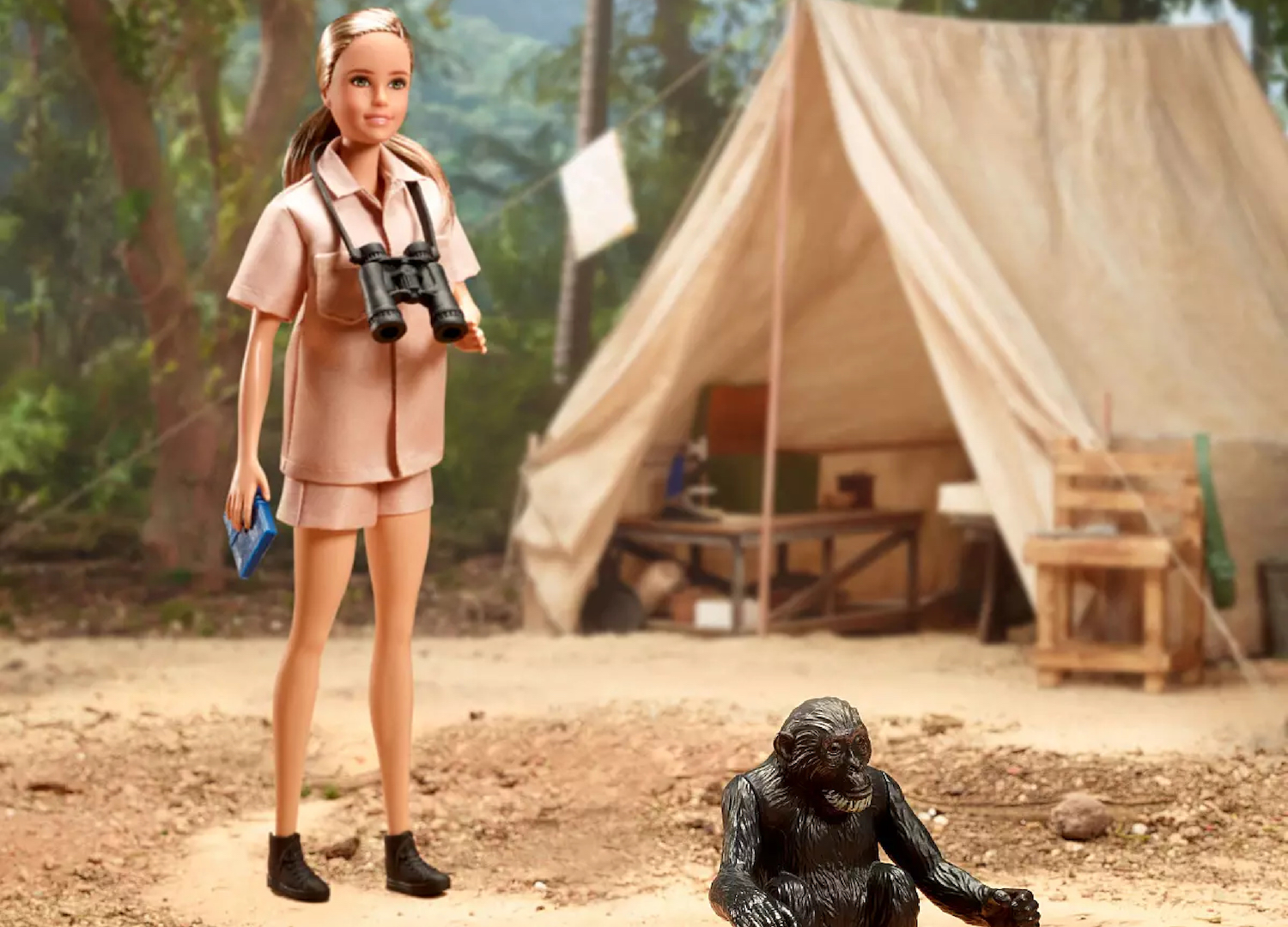 ME JANE, YOU BARBIE

Gorilla-loving girl boss Jane Goodall was honoured with her own Barbie, as part of Mattel’s Inspiring Women Series. The Dr Jane Goodall doll is made from 75% recycled ocean-bound plastic and comes with a companion – a replica of David Greybeard, the first chimpanzee to trust the primatologist during her research in the forest of Gombe National Park.

PEEKABOO, I SEE YOU!

The elusive black-naped pheasant pigeon, last spotted 140 years ago, has been found in Papua New Guinea, delighting researchers who feared it was extinct. The discovery was described as like “finding a unicorn”.

France will give its citizens up to 4000 euros to give up their cars and convert to electric bikes. Across Paris, 900 miles of bike lanes have been created – perfect for those who take advantage of the offer to switch to the electric lifestyle.

Renewable energy is on track to produce more energy than coal in the US this year for the very first time! According to the US Energy Information Administration, more than a fifth of all electricity by the end of 2022 will come from hydropower, wind and solar power.

Tasmania has made a “remarkable achievement” becoming not just carbon neutral but carbon negative – one of the first places in the world to do so. Scientists credit the drop in carbon footprint to the reduction in native forest logging since 2011. Everyone say thank you, Mr Brown!

The US Soccer Federation reached milestone agreements by agreeing to pay its men’s and women’s teams equally – making the US the first country in the sport to do so. This comes after years of litigation over equal pay and consistent outperformance of the women’s team over the men’s across all conceivable metrics. Best start kicking off Matildas!

Bobbi Lockyer took a bite out of the Big Apple in 2022, when she was selected, along with Nat Dann’s Ihraa Swim, to showcase her label Gantharri at New York Fashion Week in September. The Kariyarra, Ngarluma, Nyul Nyul and Yawuru designer, photographer and artist collaborated with Nyul Nyul sand artist Lowell Hunter and her sister Skye Lockyer to create a coral-inspired collection and took her bows for the show bearing the Aboriginal flag.

The year started strongly for penguin couple Elmer and Lima, who became the first successful same-sex foster parents at The Rosamond Gifford Zoo in New York. The two male Humboldt penguins were given an egg that had already been fertilised by another mating pair and took turns incubating it until it hatched on 1 January. They continued to feed and care for the chick and seem to have nailed this whole parenting thing, with zookeepers saying “they really knocked it out of the park”. 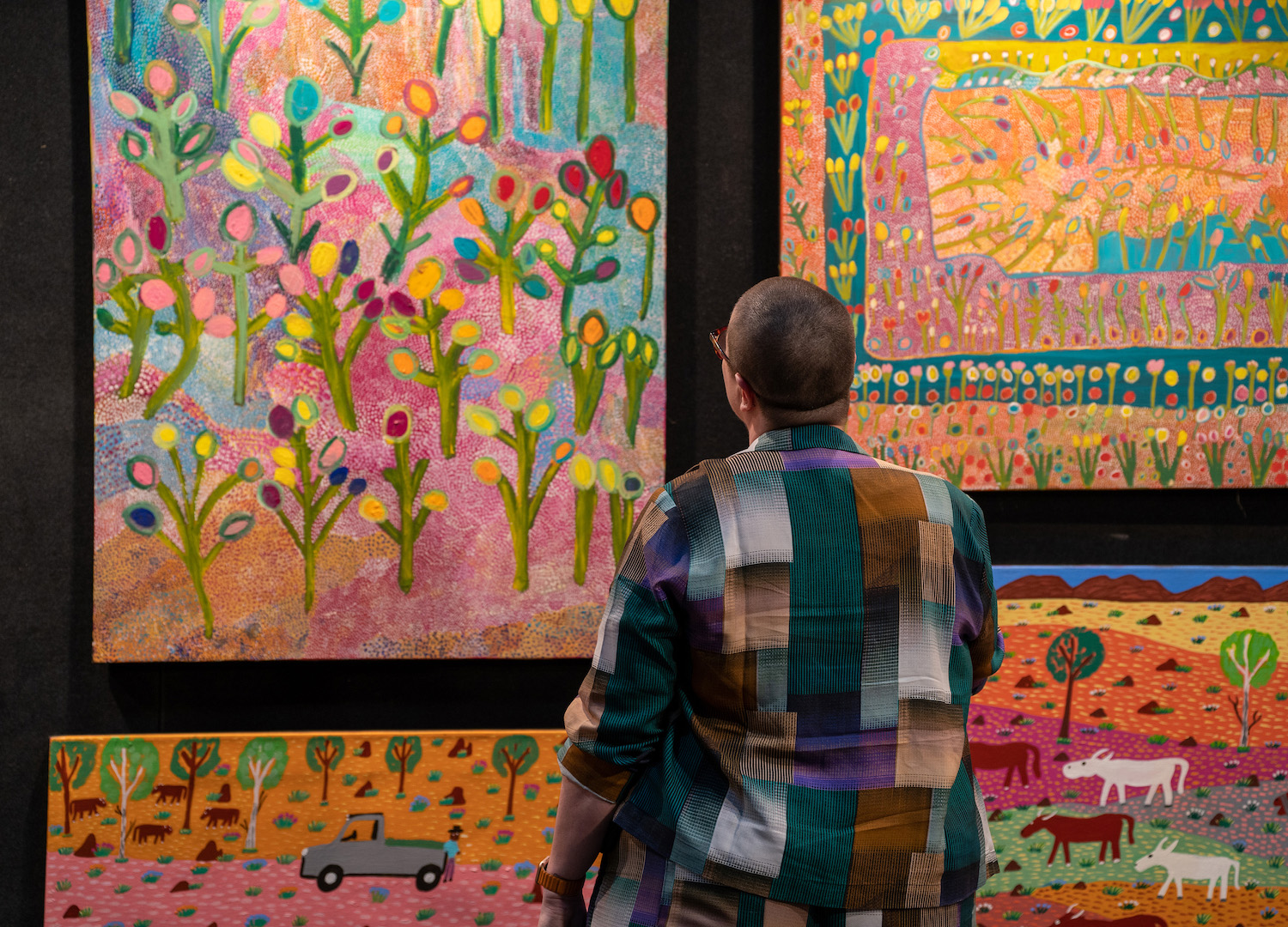 The Darwin Aboriginal Art Fair returned as an in-person event in August – after two years of digital fairs – and set records with sales and attendance. Over 70 art centres joined together on Larrakia Country, showcasing more than 1800 First Nations artists to 33,000 visitors and generating over $4.33 million in sales! Best of all, 100% of these funds go back to the art centres and their communities.

A SECOND CHANCE AT LOVE

Giving some heart eyes to sustainability, this year’s contestants on Love Island UK were all kitted out in only secondhand fashion during their time on the show. With the help of sponsorship by eBay, the popular reality series showed that secondhand is pretty sexy.

In a first for a fashion festival, Copenhagen Fashion Week has deemed that all brands participating in their Autumn/Winter 2023 season must meet minimum sustainability standards. The standards focus on zero-waste show production, fair pay and working conditions across the supply chain, and collections need to be made from at least 50% certified, recycled, upcycled or deadstock materials.

American scientists from the US Department of Energy announced a major breakthrough in their long-elusive goal of nuclear fusion. It all sounds very complex, but apparently, they’ve been trying to do this for a very long time and it has the potential to create a nearly limitless source of clean, cheap energy. In the immortal words of Jesse Pinkman, “Yeah, science!”

FIGHT FOR YOUR RIGHT

The United Nations General Assembly has declared that every human being on the planet has the right to access a “clean, healthy and sustainable environment” calling upon all 193 UN Member States to step up efforts.