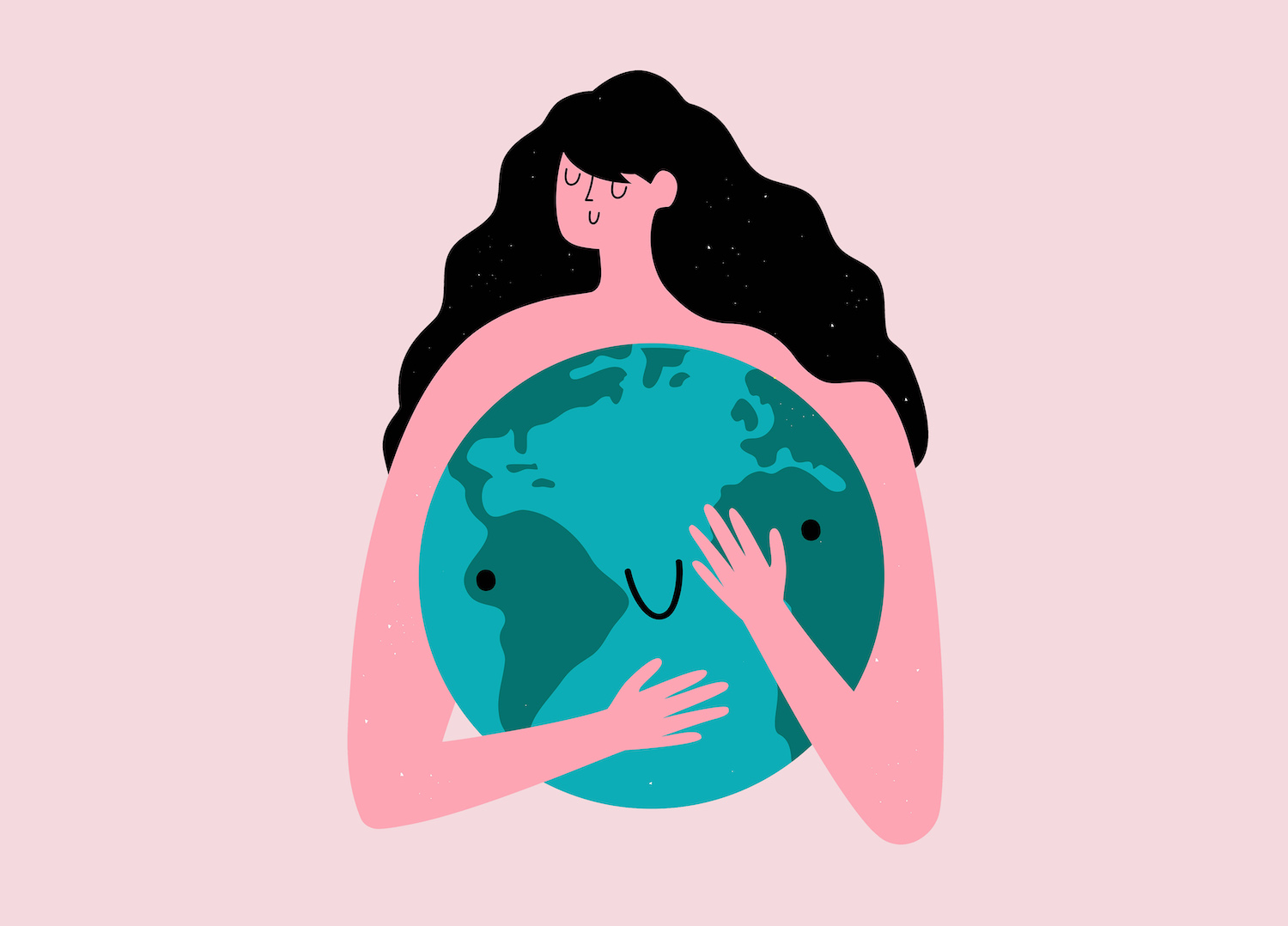 As the 24-hour news cycle ticks along bringing seemingly never ending doom and gloom, it can be tempting to stick your head in the sand and block out all the case numbers, lives lost, lockdowns, tragedies and climate inaction. But let’s forget about that, for just a moment, to celebrate some of the good things that happened in 2021 with this long list of good news!

WWF-Australia launched the largest wildlife and nature regeneration program in the country’s history, aiming to restore nature, boost agriculture and future-proof the climate. 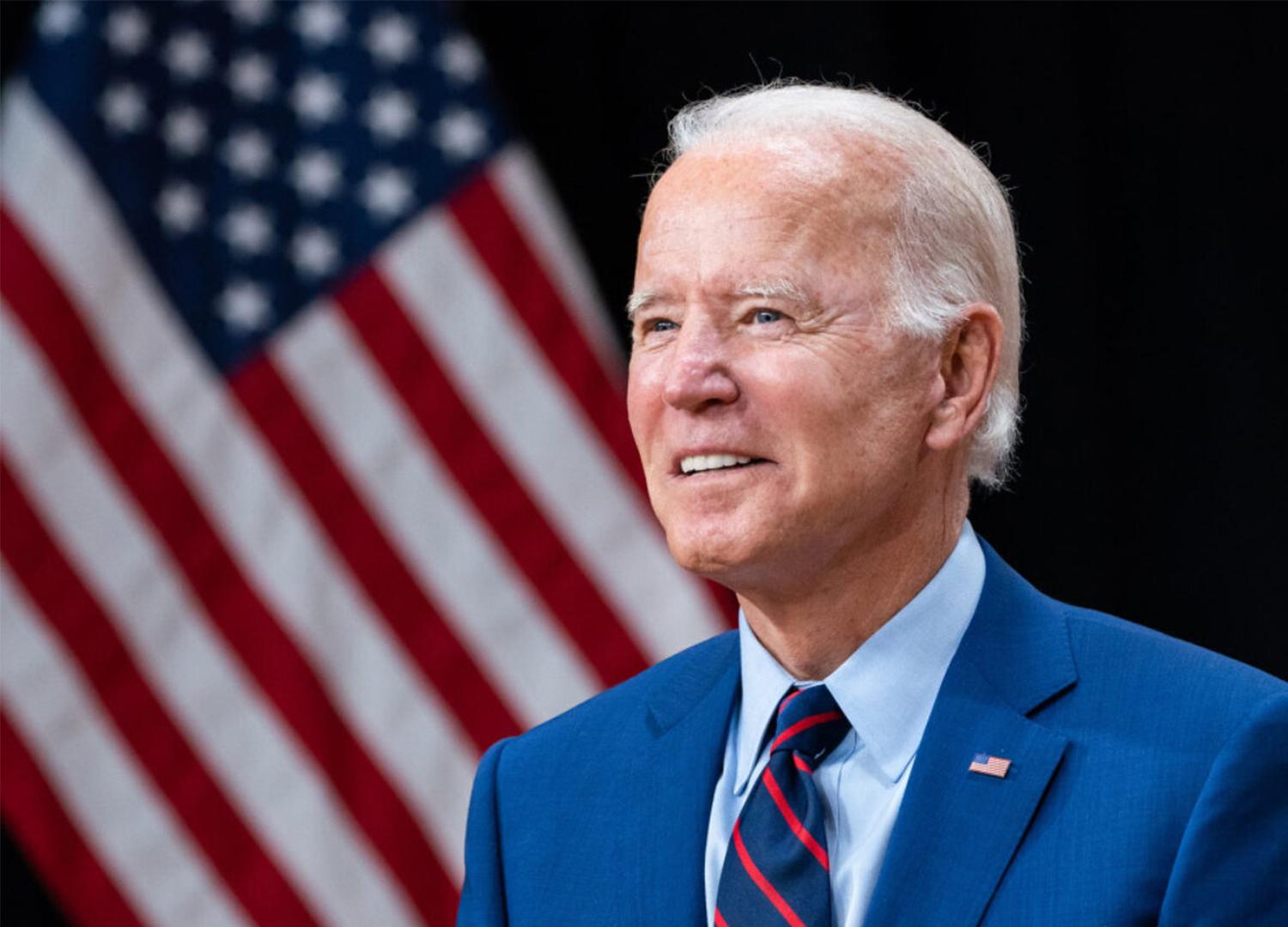 Having kicked off his term by rejoining the Paris Agreement within hours of being sworn in, US President Joe Biden received an open letter – signed by prominent names including Dr Katharine Hayhoe, David Miliband and Kevin Rudd – urging him to use his term to become the “climate president”. In his first weeks in office, Biden appointed a team of climate change experts and unveiled a number of measures designed to tackle the issue, including cancelling the Keystone XL Pipeline and requiring federal agencies to buy zero-emission vehicles and clean electricity.

Mexico City’s nine million residents have officially said adios to single-use plastic, following a law passed in 2019. The city joins China in its commitment to eliminating disposables, with the country on track to see a 30% drop in single-use plastic by 2025.

“No More Coal. No More Oil. Keep Our Carbon in the Soil!”

In what is being described as a historic win for climate activists, the NSW Environment Court upheld a decision made by the state’s Independent Planning Commission to reject the proposed Bylong Valley coal mine. 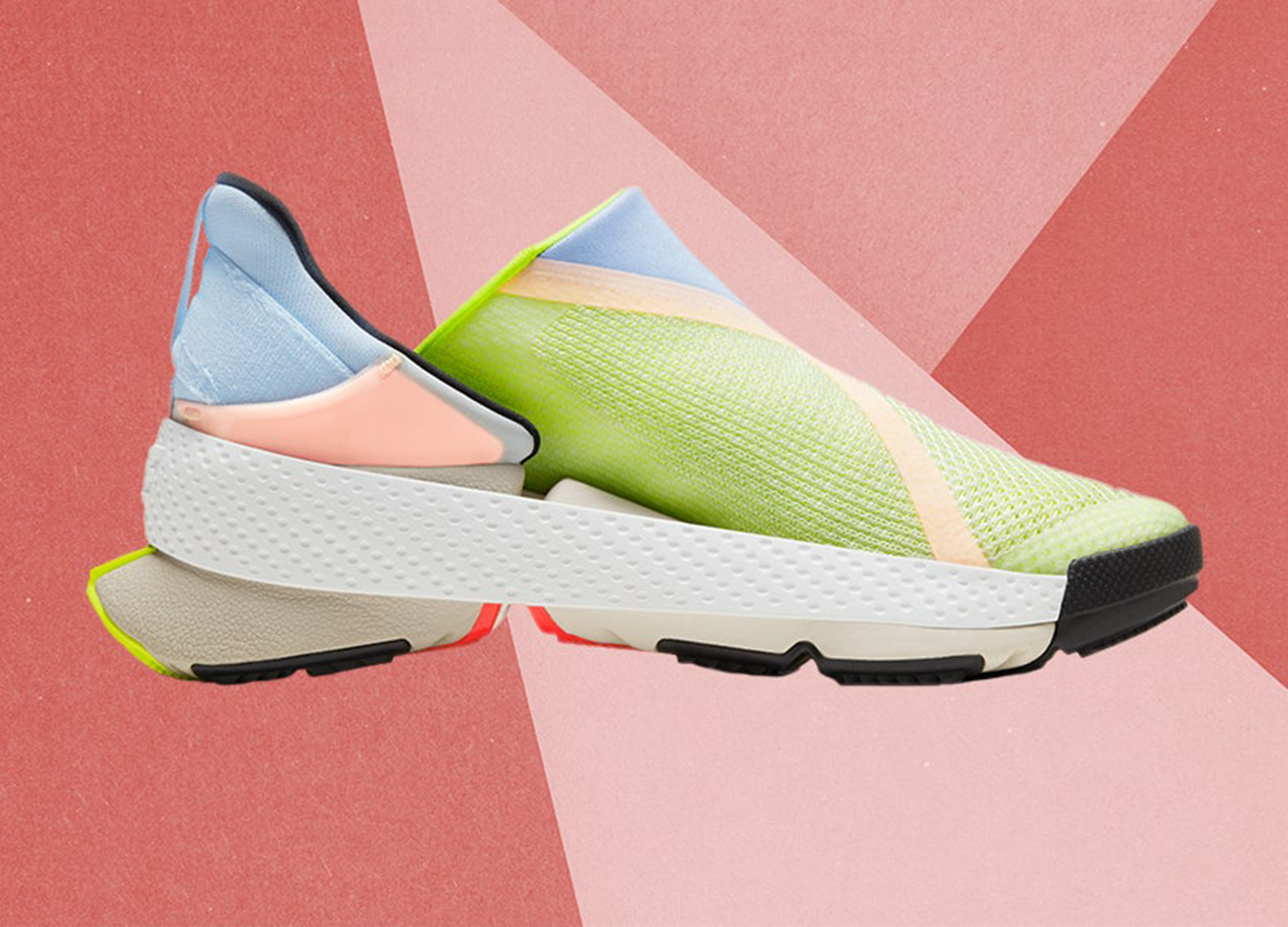 The latest sneaker from Nike was a step forward for accessibility. In 2012, Matthew Walzer, a teen with cerebral palsy, wrote to the brand requesting athletic shoes for those who struggle with tying laces. The result? A new hands-free shoe, dubbed the Go Fly-Ease! 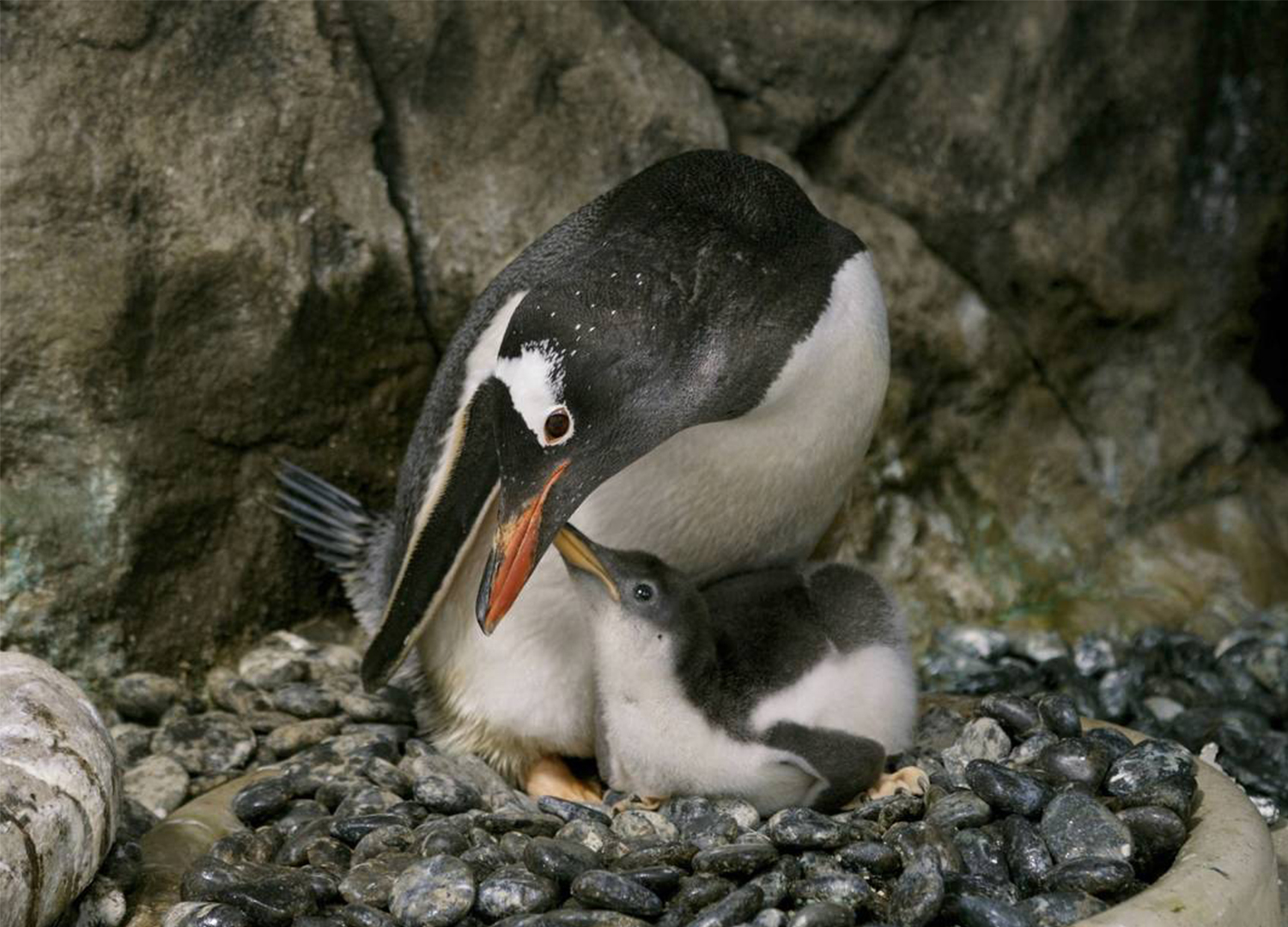 Children across Australia will be taught that First Nations peoples experienced an invasion when colonisation took place, as part of plans announced by the Australian Curriculum, Assessment and Reporting Authority, after a review found the current curriculum does not include enough “truth-telling”. It was also announced the terms ‘Aboriginal’ and ‘Indigenous’ will be replaced with First Nations Australians or Australian First Nations Peoples, with more emphasis placed on their “sophisticated political, economic and social organisations systems”.

No Toaster Left Behind… 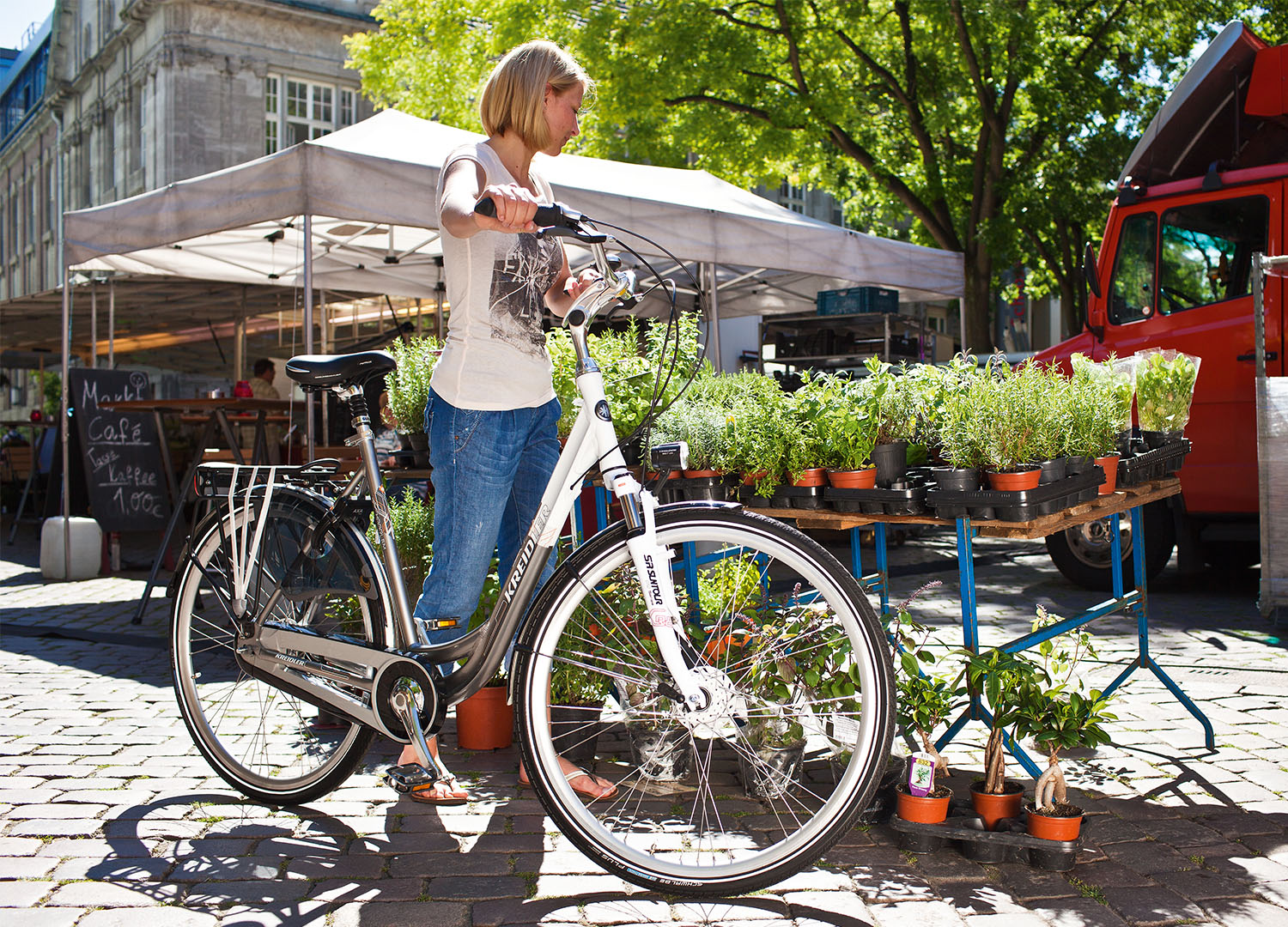 Recognising the sometimes prohibitive cost of electric bikes, France became the first country in the world to offer a car-for-bike trade-in, with citizens given the chance to trade in their old vehicle for a 2500 euro voucher to be used towards the purchase of an electric bicycle. Trés bien!

If spectacular landscapes, delicious food and Jacinda Ardern aren’t enough to make New Zealand an enviable place to live, new legislation proposed by the government might do the trick. The land of the long white cloud put forward world-first regulations to compel the country’s banks, insurers and fund managers to consider – and report on – the climate impact of all of their business and investment decisions from 2023. With over 200 of the country’s biggest companies coming under the legislation, it ensures that the sector does its fair share in fighting climate change, and is part of Aotearoa’s goal to be carbon neutral by 2050.

From 2022, Belgium will ban biofuels and biogases made from soy and palm oil to curb deforestation. And, according to the Belgian government, this is only the first step in reducing the demand for biofuels in general – next up: a focus on electric and rail transport. 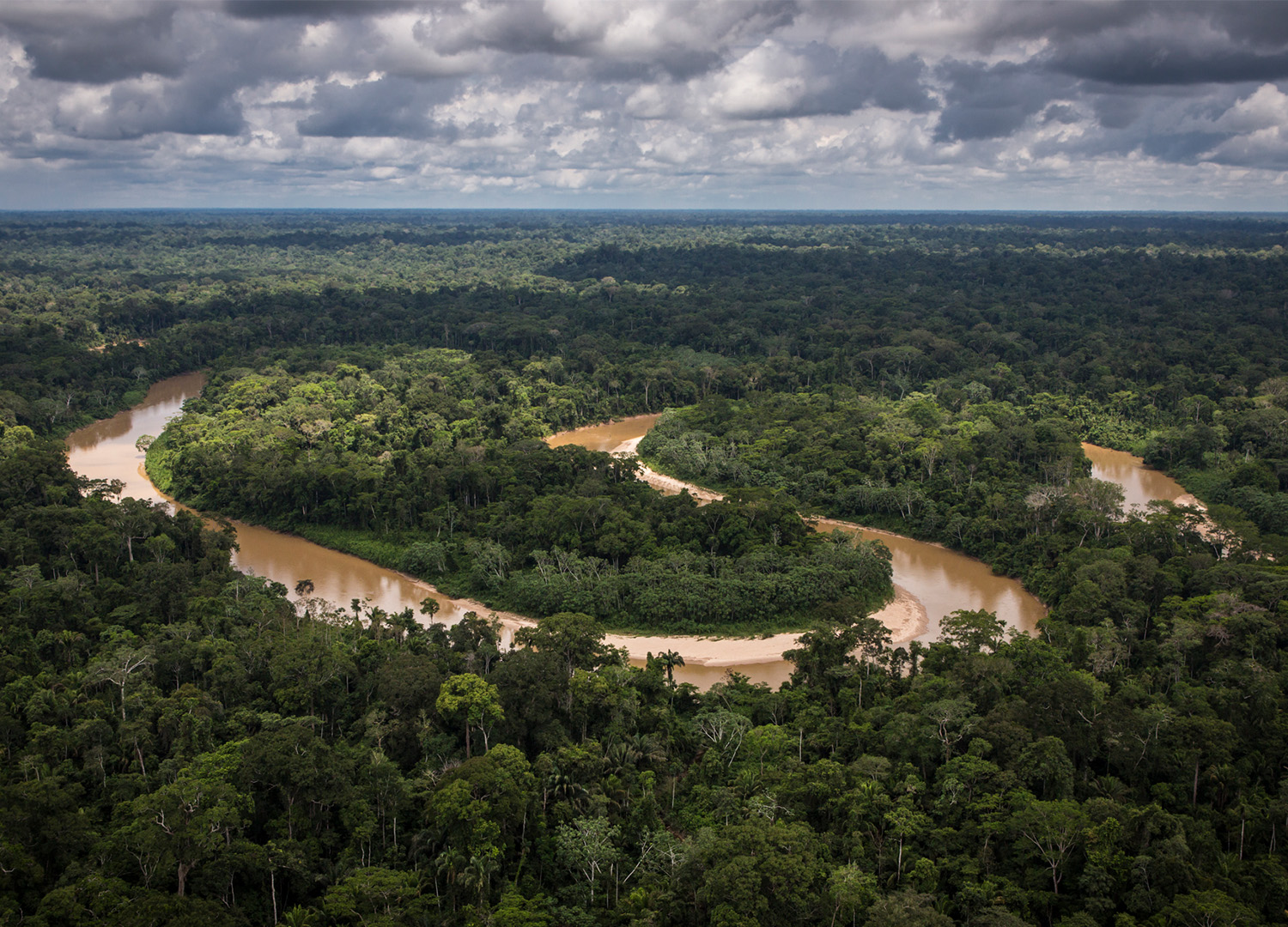 In a huge win for the uncontacted peoples of the Amazon rainforest, after struggling with almost 20 years of bureaucratic red tape, the Ministry of Culture in Peru moved to create the Yavarí Tapiche Indigenous Reserve, which covers 2.7 million acres of space in the region of Loreto.

Rock Down to Electric Avenue

It’s no longer a gas in Washington, at least, where the state passed a bill that bans the sale, purchase or registration of non-electric vehicles from model year 2030. Power on! 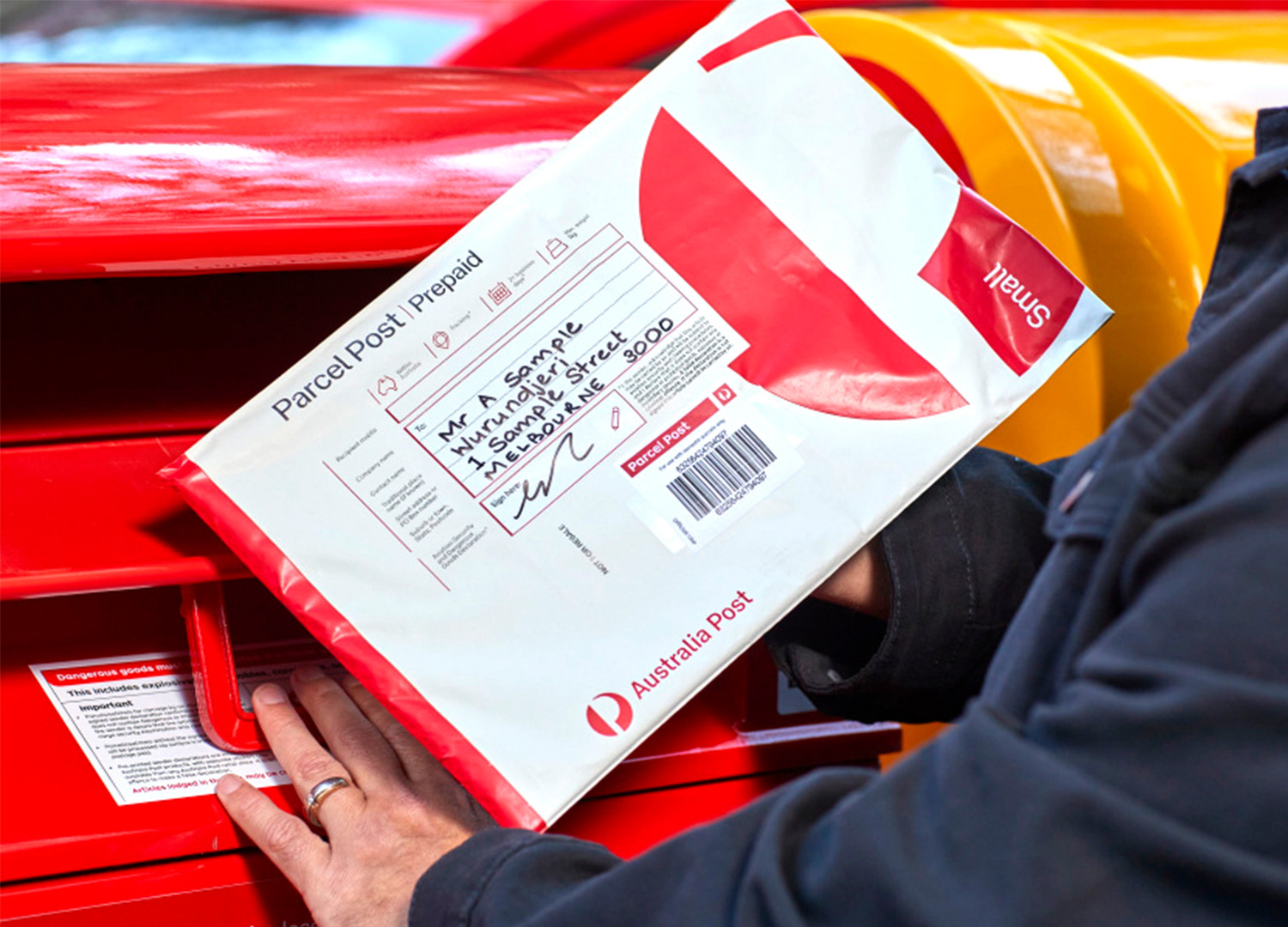 Community action for the win! After a public-led petition and campaign, created by Gomeroi woman Rachael McPhail, Australia Post has started to roll out packaging that prompts senders to include traditional place names when addressing letters and parcels. Celebrating and recognising the history and connection of First Nations peoples to Country, the simple but powerful move has evolved into a larger campaign – calling for the creation of a database of traditional place names, with respectful and comprehensive consultation with Elders and community leaders.

Beloved muppet Gonzo served princess looks in an episode of Muppet Babies and challenged outdated gender stereotypes while they were at it. Go, you good blue alien!

Driving emissions down, Google Maps started directing drivers along routes it estimates generate the lowest possible carbon emissions. While no Aussie launch date has been announced, the app will reportedly factor in traffic and road gradient so users can make an informed carbon call.

Here’s to a Clean Energy Future!

In a (hydro) power move, the Queensland Government committed a $2 billion investment into renewable energy and hydrogen jobs as part of its COVID-19 recovery plan. 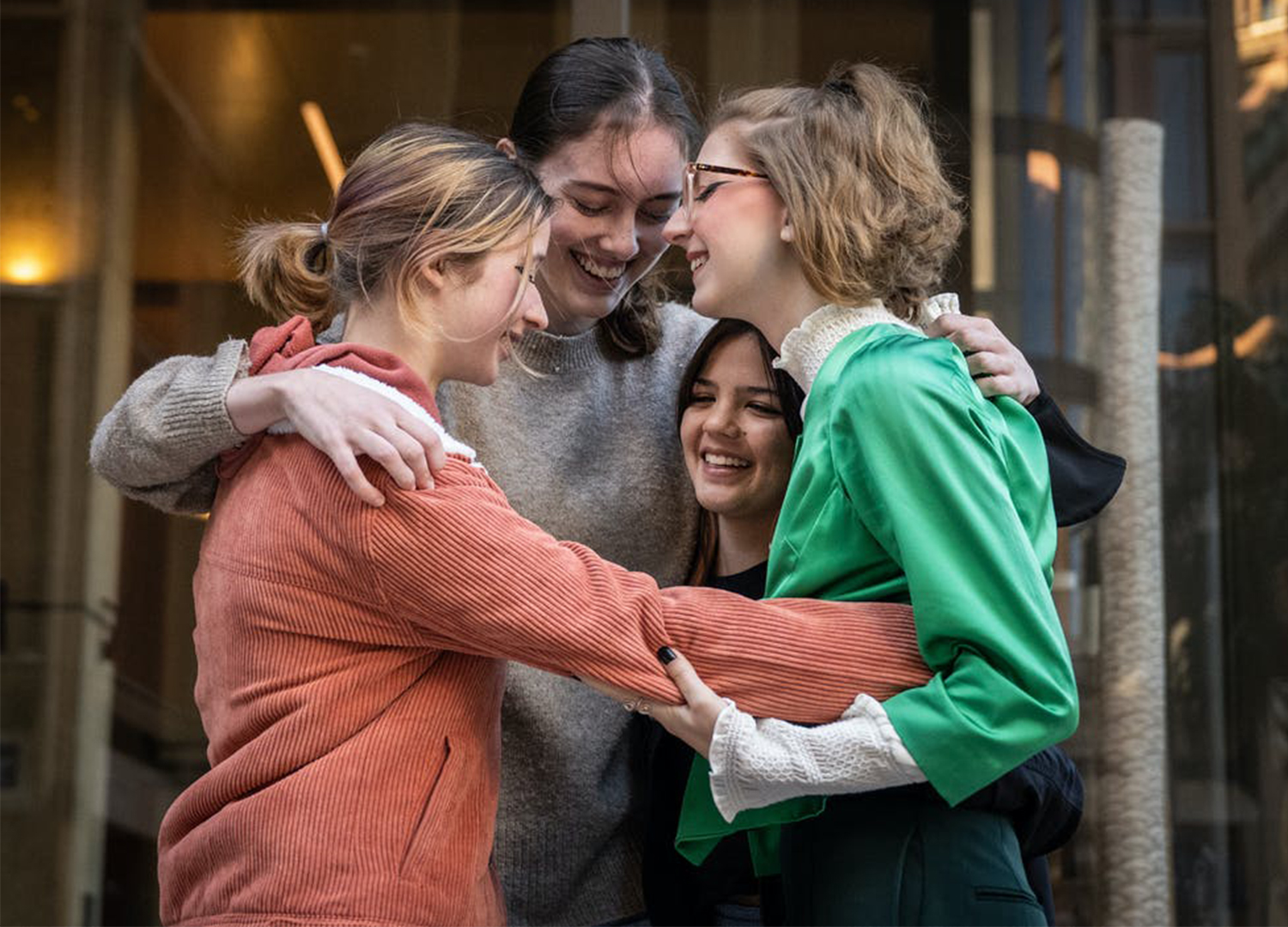 The Kids Are All Right

In a landmark judgment on climate change, the Australian Federal Court ruled the environment minister has a duty of care to young people. While the class action – filed by eight young Australian legends – failed to stop the minister from approving the Whitehaven coal mine extension, the court found the harm it would cause young people was real, catastrophic and “reasonably foreseeable”. It’s a huge step forward and an important win for the climate, considering climate change has historically been labeled a “future problem” by the court.

After the success of Moana Reo Māori, iconic films The Lion King and Frozen will be translated into te reo Māori and re-released in Aotearoa. Profit-fuelled Disney cynicism aside, the move has been applauded and will help ensure the Māori language continues to thrive. 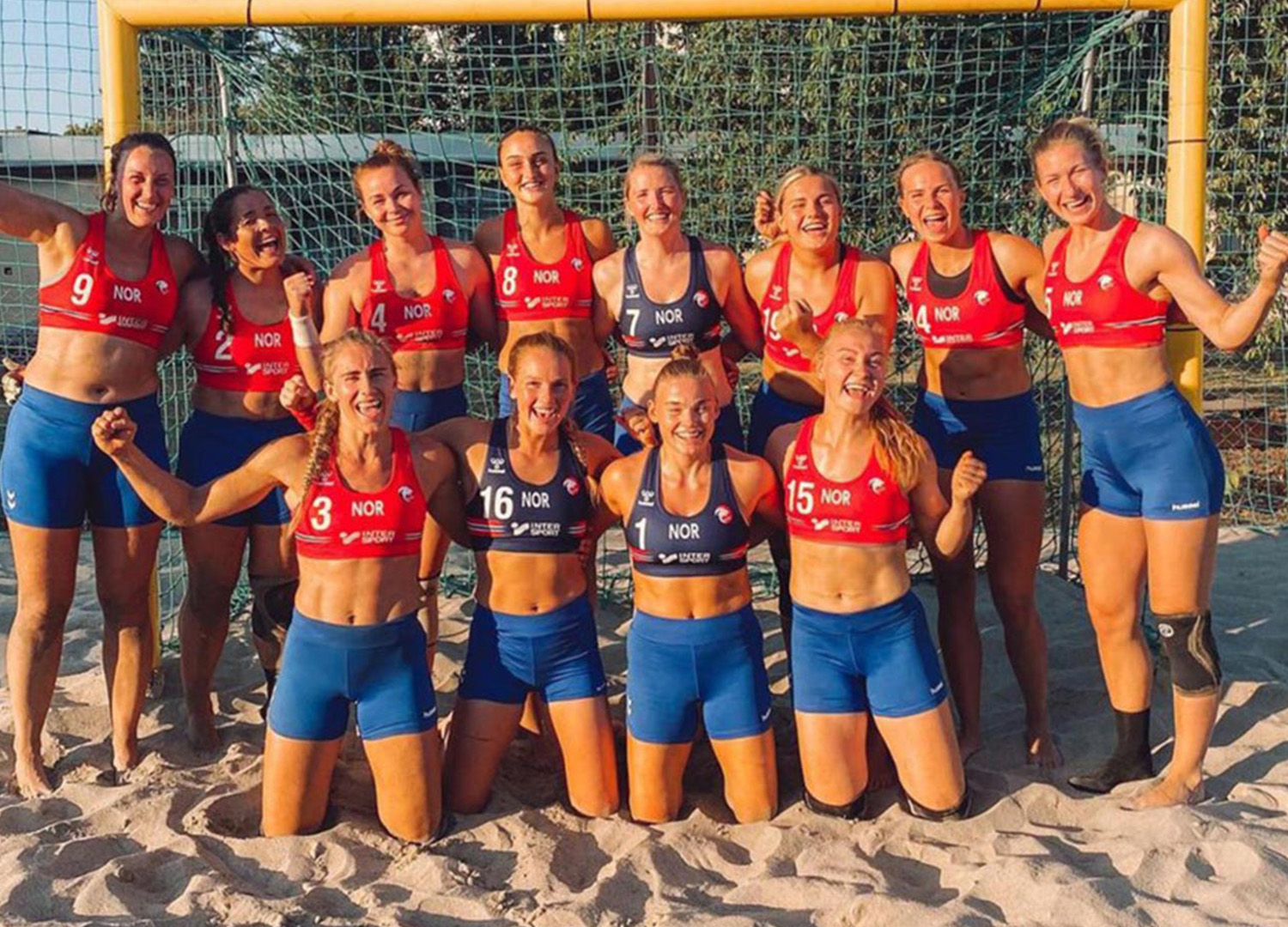 Between Pink offering to pay the fine of the Norwegian women’s beach handball team (after they defied sexist uniform standards and wore bike shorts instead of bikini bottoms) and Germany’s Olympic gymnasts wearing full-body leotards, it seems the conversation around athleticism over objectification is finally shifting.

The world’s biggest wind and solar energy hub is proposed for Western Australia’s south coast, with experts claiming it will have the capacity to produce enough power for the entire country. 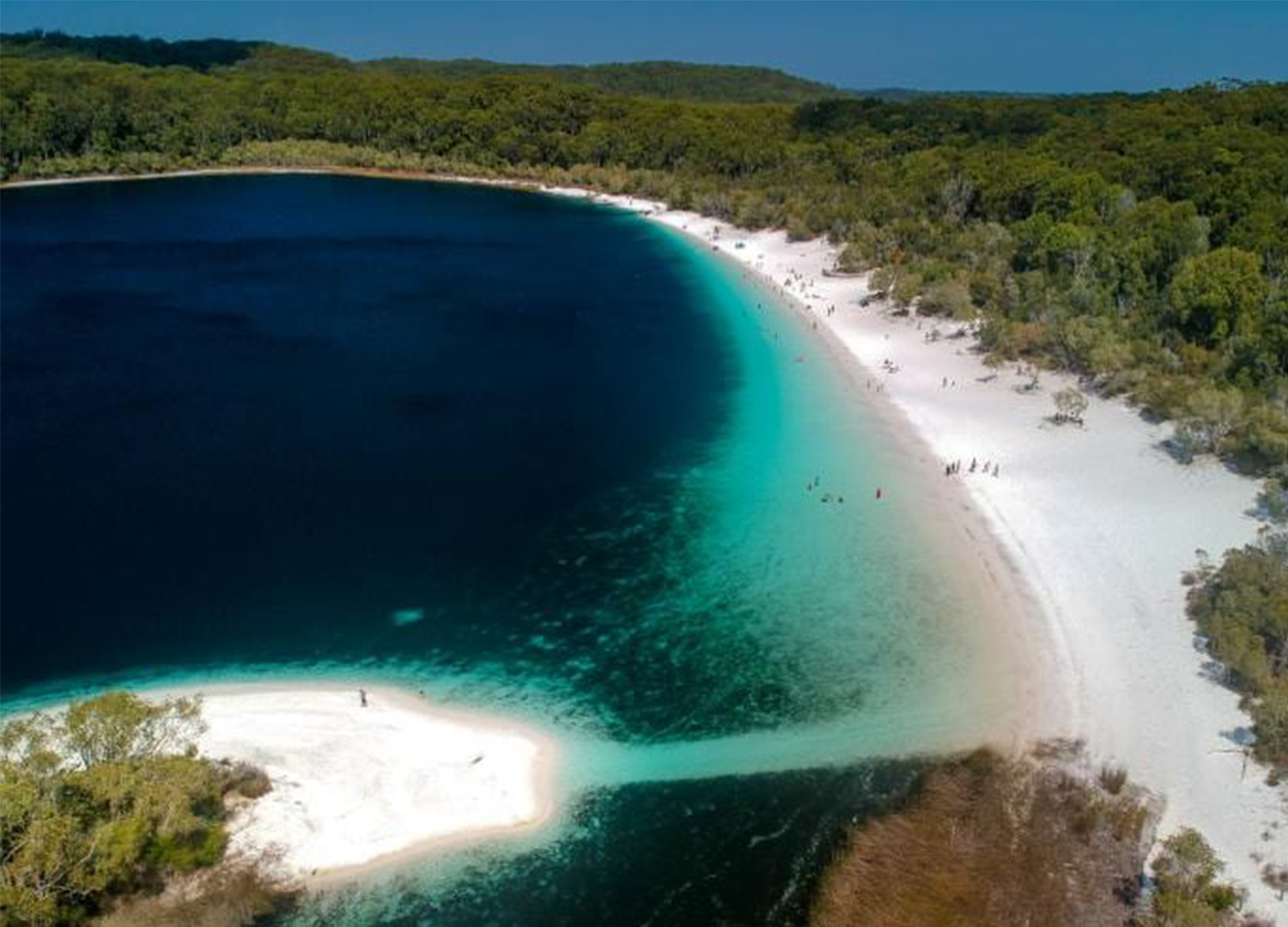 After decades of campaigning by Butchulla Elders and community members, the island formerly known as Fraser has officially reverted to its traditional First Nations name: K’gari, a Butchulla word for paradise. Alongside the hand back of the Daintree National Park to its traditional owners, the Eastern Kuku Yalanji people, the move represents another important step in the government’s truth-telling reparation process: recognising First Nations sovereignty. Always was, always will be.

Another win for the gay agenda! Switzerland voted in favour of allowing same-sex couples to marry, with the “Marriage for All” proposal backed by 64.1% of voters in a nationwide referendum. 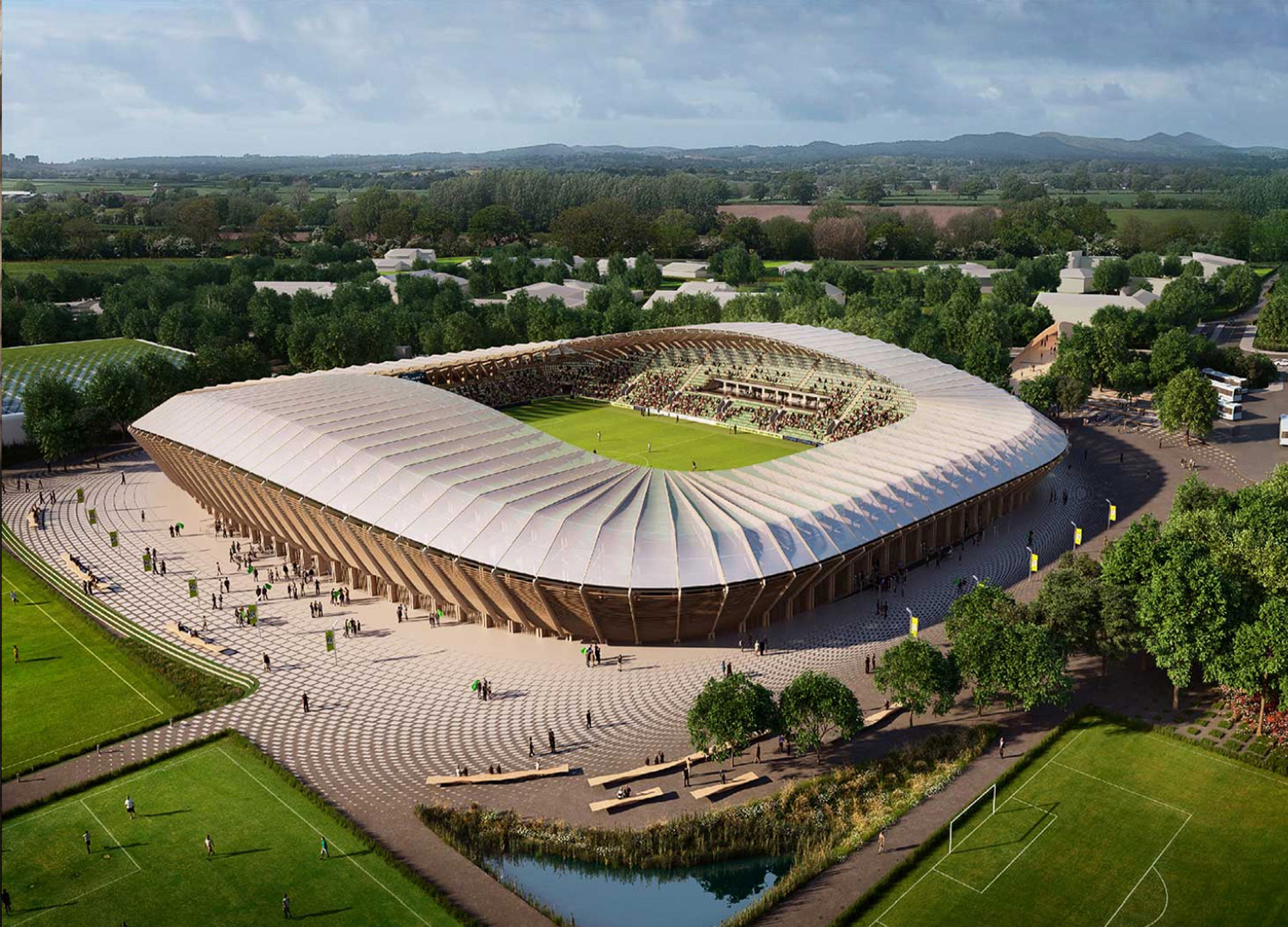 The Forest Green Rovers are officially the greenest soccer team in the world – from uniforms made of discarded coffee grounds and recycled plastic to their EV charge points and pesticide-free pitch, which is sprinkled with Scottish sea algae, weeded by hand and mowed by a solar-powered robot. The United Nations even certified FGR as the world’s first carbon-neutral foot- ball club (it’s also the first, and only, certified vegan club). It’s all part of club chairman Dale Vince’s desire to channel soccer (sorry, football) fans’ notorious passions into sustainability. Up next: the world’s first stadium built entirely from recycled wood. Onya boys!

UK regulators are cracking down on misleading advertising with the new Green Claims Code. Brands have until the start of 2022 to ensure their environmental claims are demonstrably true or else they’ll face action from the Competition and Markets Authority.

A group of Australian high-school kids created an Anti-Racism Kit (ARK), made by students, for students. Compiling information and resources to offer tangible strategies to dismantle racism in themselves, their schools and society, their ultimate goal is to make the guide obsolete. The kids are alright!

Mexico has become the first country in North America (and the forty-first country in the world) to ban animal testing for cosmetics. Hopefully Canada and the USA will ándale to get on Mexico’s level.