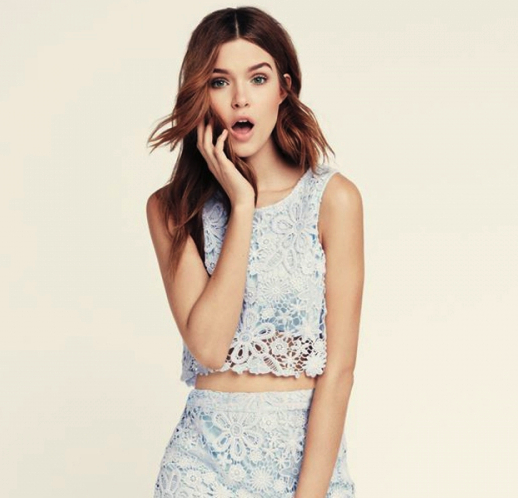 Another fast-fashion juggernaut has just landed on Australia’s doorstep with Forever 21 opening its first bricks-and-mortar store in Brisbane and a Sydney shop hot on its heels. Best known for its youthful style and for luring shoppers with single-digit price tags, the California-based retailer is one of the world’s most profitable and most prolific, reeling-in more than $3 billion worth of sales from 600 locations worldwide. With competitors like H&M increasing their efforts to prove that big brands with buying power and smart initiatives can help turn the tables on the industry, how does Forever 21 stack-up in the eco stakes?

Since its first store was founded in Los Angeles in 1984, Forever 21 has been known to grab news headlines for all the wrong reasons. Back in 2011, the retailer was accused of stealing bespoke print designs from eco-label Feral Childe – just one of a reported 50 lawsuits that have been leveraged against the company for copyright infringement. Unfortunately, copying their designs seems to be where Forever 21’s efforts to emulate other eco-friendly labels has stopped. At a time when consumer demand is forcing big retailers to launch organic ranges, make tangible steps towards ethical manufacturing and be creative with other initiatives, Forever 21 has dug in its heels, staying true to many of the flaws inherent in a fast, thoughtless fashion industry.

Like any other company, Forever 21 has its own Corporate Social and Environmental Responsibility charter, which lists commitments to charities including the Starlight Foundation among the company’s more favourable attributes. But their giving nature has been overshadowed by serious allegations of unethical manufacturing practices. In 2012, a Free2Work report linked Forever 21 – along with 300 other brands – to modern-day slavery and human rights abuses. Before 2001, Forever 21 manufactured many of their garments locally in Southern California, before they were forced to outsource to Asia after serious allegations were made against the company by American staff members, who claimed that they were forced to work in sweatshop-like conditions. Business Insider estimates that around 30% of Forever 21 products are still made in the US, some by workers receiving far below the minimum wage. As if things couldn’t get any worse, this year the company launched F21 Red, a low-cost alternative to their regular stores, selling basic garments for as little as US$1.80 and once again raising questions about their manufacturing process.

But it’s not all bad news for this family-owned business. Forever 21 were recently praised for installing a huge solar system at their headquarters in California, and for being a signatory to a Vendor Audit Program that aims to ensure better conditions for their workers overseas. In the past, they have produced a re-usable line of tote bags to mark annual Earth Day celebrations, and continue to promote the reuse of their signature yellow plastic bags in some stores. Notably, two years ago they were nominated for a PETA award as recognition for their use of faux-leather and a range of wool-free sweaters.

However you see it, there’s no question that Australia’s fashion landscape continues to change with the arrival of mega brands like Forever 21 in our malls and streets. Searching for your next fast fashion fix, do your research – consumer power that will decide which brands thrive and dictate what we expect from newcomers.