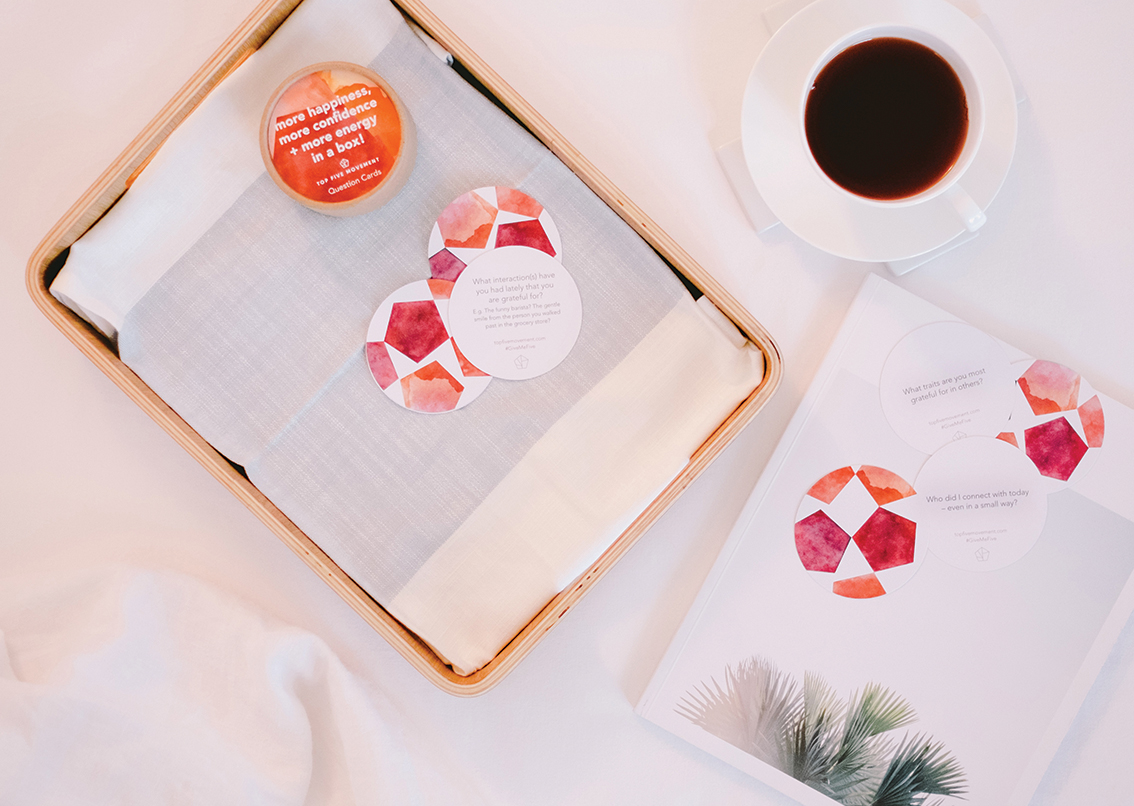 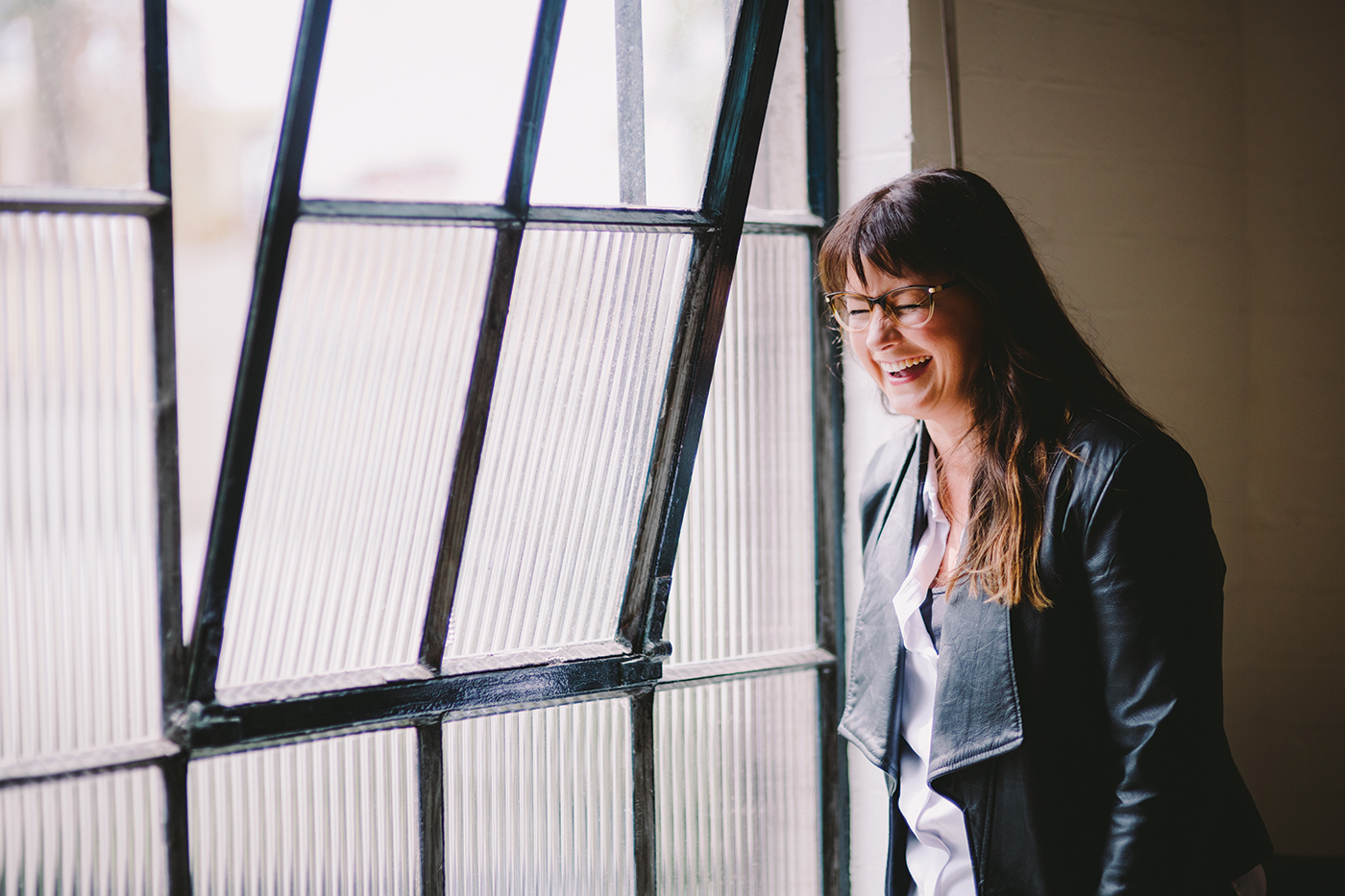 What did you learn from someone younger than you today? What’s your favourite smell from today? Who did you really, honestly listen to today?

Most of us probably can’t recall these details. But these are just a few of the questions Top Five Movement founder Clare Desira wants us to be asking ourselves daily so we can learn to engage with gratitude and live happier, healthier lives. What started as a simple habit of listing her top five moments of each day has since turned into an inspiring practice she’s sharing with the world through coaching, speaking, online tools and, most recently, a deck of 50 question cards to help prompt users to notice and appreciate the little things in life.

It all began in 2006 when Clare returned home from work to find a few magazines on her bed as a surprise from her housemate. “One of them was a health magazine and there was an article in there about happiness and the different ways you could be happy,” says Clare. “There were the usual things in there that you would read in any list like this. It had things like eating well, exercising and drinking water, and the one that stood out for me was writing down the positive moments from the day.” Inspired by this simple idea, Clare began her habit of listing her top five favourite moments of the day immediately. Over the past 10 years, those lists (now over 2000 in number) have been scribbled in notebooks, Clare’s phone, on post-its and scrap pieces of paper. The focus, she says, is not on documenting neatly or in order, but in capturing the moments so they are not forgotten.

The more positive thoughts that you can add in, positive perspectives and positive questions you can be asking yourself, the less room there is for the unhelpful ones

Taking part in a writing retreat at the Centre for Sustainability Leadership program in 2011, Clare developed a speech on her top five practices that she later went on to share at the TEDx Women stage in Melbourne. This speech became the foundation for her coaching and workshops, and earlier this year Clare decided to take things further by launching the Top Five Movement Question Cards with input from thought leaders, life coaches and wellness experts. The cards come in a small, circular cardboard box, and each one poses a question designed to help spark conversations, build a constructive mindset and increase gratitude. In researching the effects of positive thinking, Clare found that the increase in these thoughts has been scientifically shown to promote physical and mental wellbeing, boost confidence, reduce stress and anxiety and build stronger relationships with others. “We only have a small opportunity to introduce new thoughts every day,” says Clare. “In research that I’ve seen, about 10% of our thoughts are new each day and the rest of them are on repeat. So if you’ve had a lot of negative thoughts or positive thoughts, they’re still there, they carry on after that one day that you’ve had them. For me, rather than trying to say to people ‘stop thinking negatively’, it’s about saying that the more positive thoughts that you can add in, positive perspectives and positive questions you can be asking yourself, the less room there is for the unhelpful ones.”

Read the full story in Issue 32 of Peppermint – on shelves until the end of February. 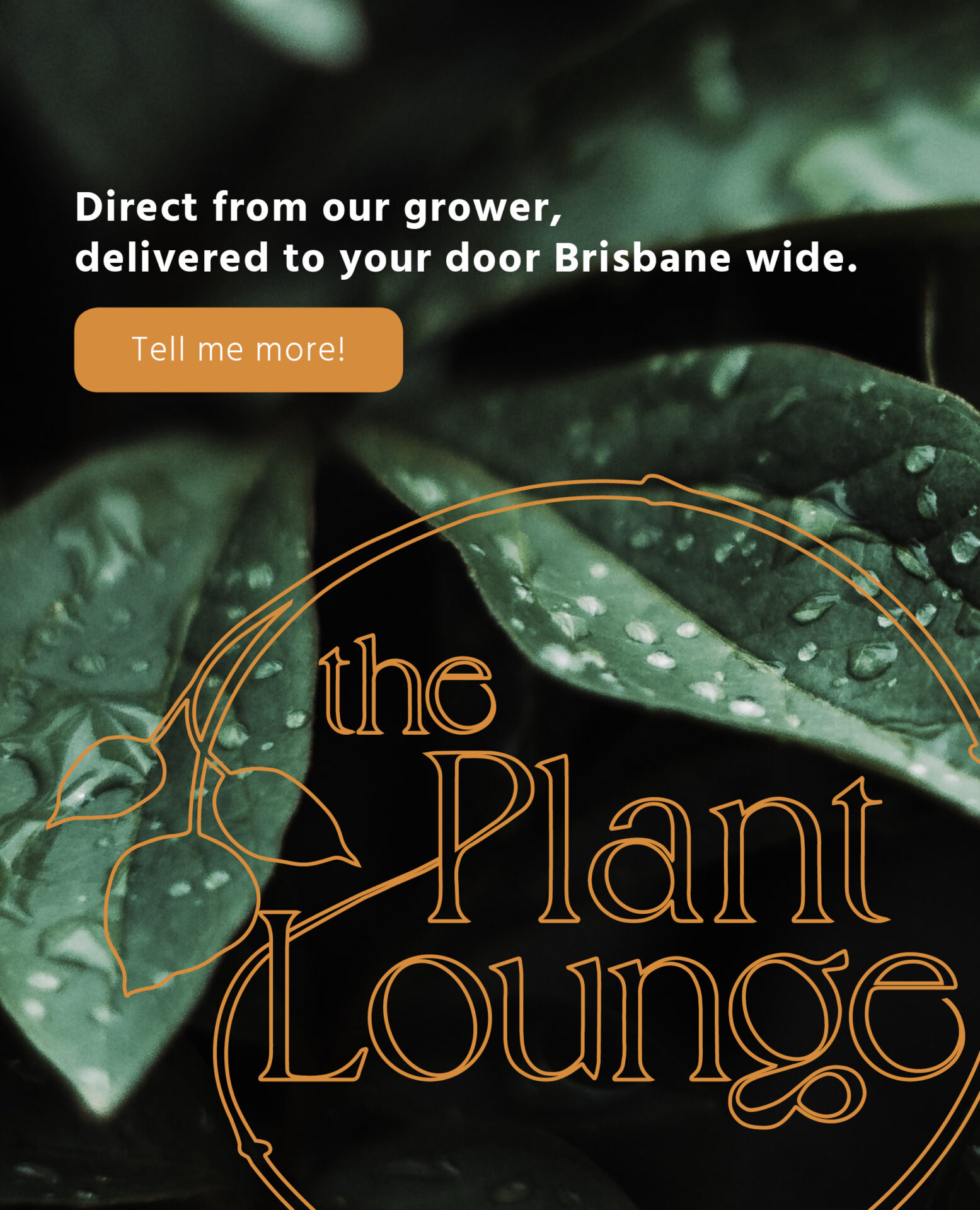