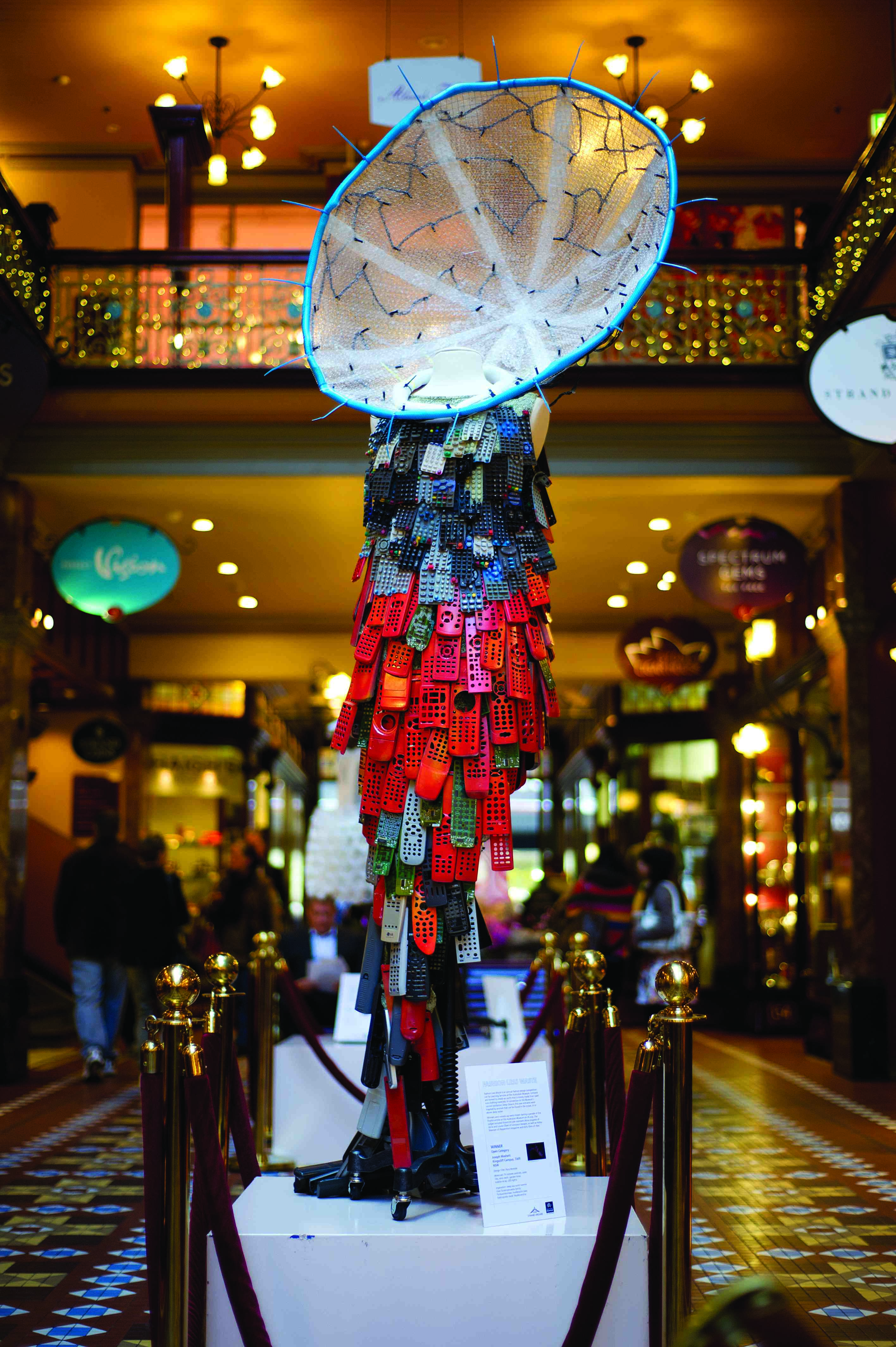 Remote controls and shopping trolleys may not seem the most obvious materials of choice when designing a dress, but for this year’s Fashion Less Waste competition, out-of-the-box ideas were exactly the right train of thought for contestants. For the third year running, the Australian Museum invited fashion innovators to create wearable art out of materials destined for waste. This years theme, Deep Oceans, inspired designers to recreate some of the mysterious animals lurking in the depths of our oceans, in an effort to highlight the beauty of nature and the impact of trash and pollution on sea habitats. Fluorescent fish and elegant squids were amongst the weird and wonderful creations that designers conjured up in ingenious ways; cds became luminous scales, bath matts became tentacles and fan covers became hats… Of course!

Fashion Less Waste’s 20 finalists had the opportunity to showcase their creations at the Museum for an evening parade where judges Akira Isogawa, Louise Olsen (Dinosaur Designs founder), Peppermint‘s very own editor Kelley Sheenen and yours truly had the very tough job of deciding the winning entries. With such a high calibre of garments on display, the competition came down to each contestant’s originality, design, materials and style. From the open category Joseph Mashett took first place after successfully turning recycled TV remotes into a sweeping asymmetrical dress. The secondary section was taken out by Tess Tavener Hanks who wowed us with her bright jellyfish ensemble. Annelyse Lumley and Stephanie Powell were runners up in the open, and Bonita Poppy Alexander and Rebecca Lee for the secondary school category.

All six designers will have their outfits displayed at the Australian Museum between September and October, as well as at the Strand in August and the North Sydney Council Coal Loader exhibition centre during October and November. There are plenty of opportunities to see these creations in the flesh – and  I guarantee you will second guess those mundane objects lying around your house after this!