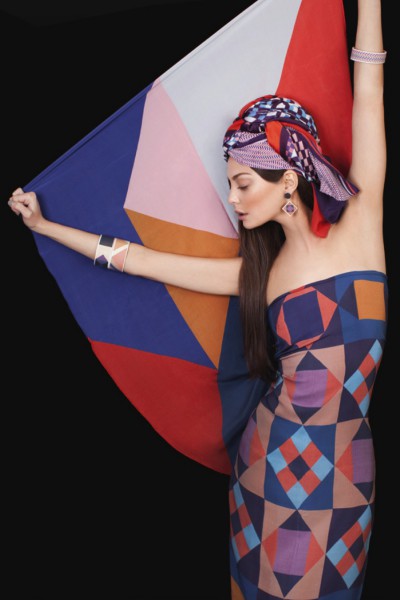 Brisbane-based ceramicist Erin Lightfoot is back to unveil her second collection of bold geometric jewellery and accessories, Succession. Inspired by Edwardian patterning, Succession “looks to start of the 20th century when ideas of modernism were emerging,” Erin explains. “I’ve tried to depict something between ‘old world’ sophistication and contemporary flare.” Alongside her trademark ceramic bangles, the new collection also features earrings, vases and a beautiful range of silk scarves. You can join Erin for the official launch of Succession at The Box, West End on Friday, August 23rd, after which she heads to China for a month-long residency in Jingdezhen – renowned as the world’s capital of porcelain production. Expect necklaces and lights in the near future!