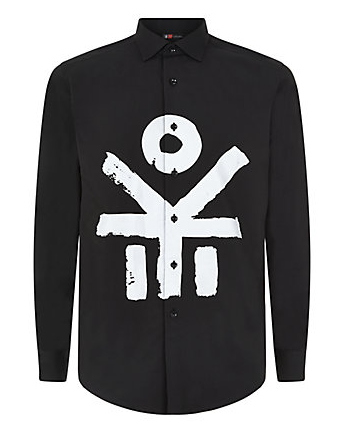 Many people know them as an opponent of the Australian Container Deposit Scheme, so it may surprise you to learn that Coca-Cola are now spearheading one of 2015’s biggest eco-fashion collaborations. And as various media outlets are reporting, it isn’t a PR stunt dreamed up by the soft-drink giant, but rather began when Coca-Cola were approached with a rather unique partnership opportunity. Following the footsteps of fellow musician Pharrell Williams, tech entrepreneur and philanthropist will.i.am (of Black Eyed Peas fame) is the brains behind Ekocycle, a new consumer initiative devised in response to global waste issues. Two years after he first pitched Ekocycle (notice the first part of the name is ‘Coke’ spelled backwards) to the business partner he had in mind, Coca-Cola has come to the table to lend the Ekocycle juggernaut an extra shot of star power.

Partnering with brands such as Levis, MCM, Globe-Trotter and New Zealand’s H Brothers, Ekocycle’s mission is to encourage established labels to reimagine their best-selling products using recycled materials. With the funds to back up their bold vision for revolutionising the manufacturing industry, part of Ekocycle’s journey has seen them work closely with 3D Systems for the past 18 months. Together they have developed the Ekocycle Cube, a specially designed 3D printer that manufactures ‘base-cloth’ fabric from a special filament cartridge that is fed with old plastic bottles. The first few collections to carry the Ekocycle logo include garments for men and women, luggage and tech-accessories, all made using this technology and a percentage of recycled PET plastic.

Launching exclusively through British retailer Harrods this month, Ekocycle is already making headlines across the world. For Coca-Cola, it’s a unique opportunity to reach the new “re-generation” of consumers, poignantly by demonstrating how their own plastic bottles and aluminum cans can now be turned into luxury lifestyle products. With new Ekocycle ranges planned for Adidas, Terracotta and Angela Scott and a tech legacy that promises to live beyond the brand, there’s little doubt Coca-Cola have thrown their weight behind one of this year’s most clever eco initiatives.