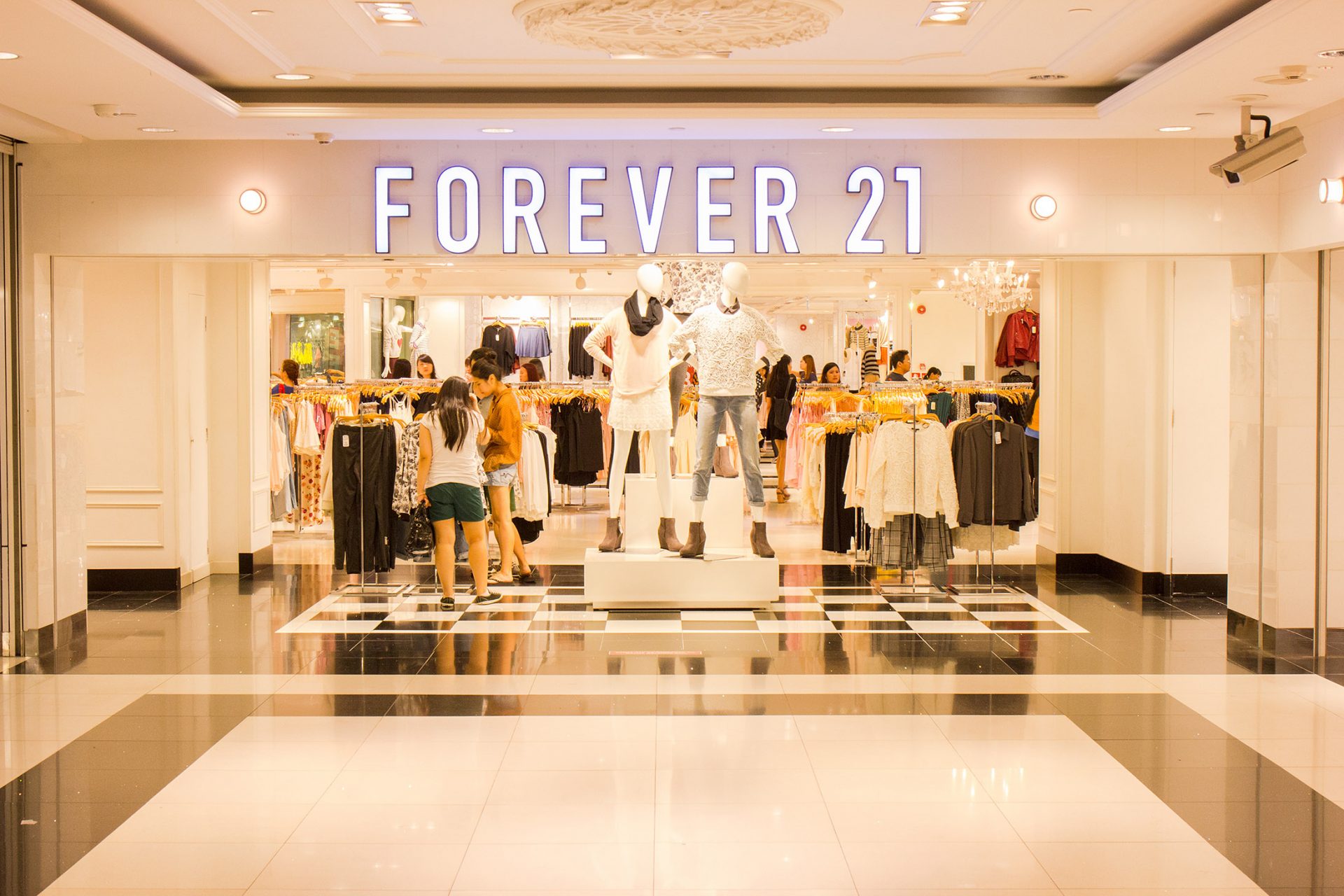 It was news that came as a surprise to no one: Forever 21, one of the world’s longest-running and most notorious fast-fashion empires, had fallen.

After struggling for years, the company finally filed for bankruptcy in the US last month, signifying a massive re-structuring of the business. As part of this, Forever 21 announced that it would shutter more than 170 of its stores in the US and exit from 40 countries in Asia and Europe all together, closing more than 350 of its international branches in an effort to stay afloat.

Is this latest development a win for the war against fast-fashion and a harbinger of what’s to come – or could it be something else entirely?

The rise and fall of Forever 21

Forever 21 opened in the early 2000s, before the fast-fashion movement really took off. They were one of the first retailers to pioneer the now notorious concept of designer-inspired garments churned out onto racks with lightening speed. Driven by an ultra low-cost model based on poor quality materials and cheap labour, Forever 21 epitomised the kind of fast-fashion that’s made to last a few wears before being sent to landfill.

But that wasn’t necessarily what the company’s founders had in mind when they launched the business. The family behind Forever 21 had an aspirational idea: to make runway-style fashion accessible to minority communities and young people on low wages. Forever 21 was founded by Jin Sook and Do Wan Chang, a working class couple who emigrated to California from Korea in the 1980s. They invested their life savings into the retail business with the intention of ‘democratising fashion’. It took off, and at the peak of their success in 2015, Forever 21’s global sales generated $4.4 billion US.

It might have been founded on good intentions, but along the way, Forever 21 morphed into something ugly. For years, the brand was plagued by lawsuits for knocking-off designs from other brands such as Gucci. Not to mention accusations of sweatshop labour, paying their garment workers sub-living wages, and wielding a massive environmental footprint.

In Fashion Revolution’s 2019 Transparency Index, Forever 21 scored in the lowest range, 0-10%, for governance and traceability. The study measured 200 brands based on how much information they disclose to the public, and found Forever 21 to be one of the least transparent brands out there. In Baptist World Aid’s Ethical Fashion Report for 2019, the brand received an overall grade of ‘D-’, far below average. Notably, they were given a grade of ‘F’ for worker empowerment at all stages of production. 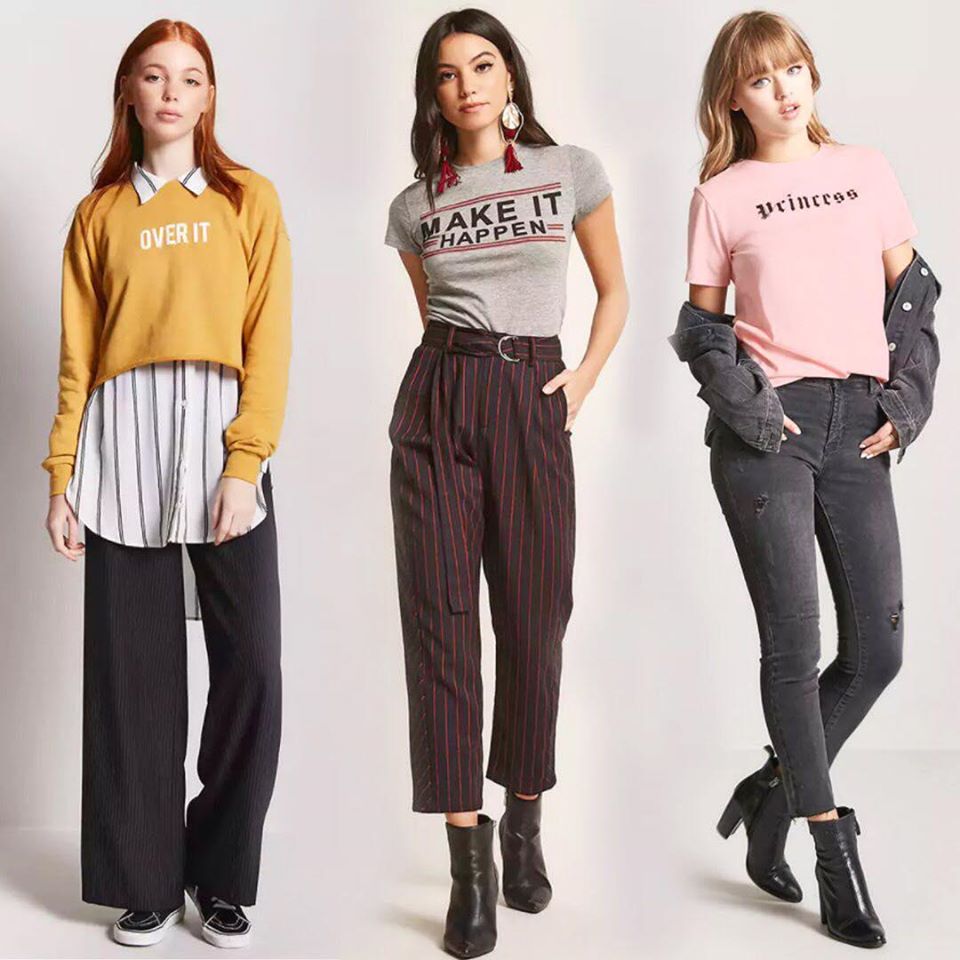 What does it signify for fast fashion?

Does this latest chapter in Forever 21’s story signify the realisation that a business model based on $1 t-shirts can never be sustainable?

It’s important to note that even though the company is officially bankrupt, Forever 21 isn’t closing down, it’s only restructuring. Public statements from management indicate a ‘business as usual’ attitude towards the stores that remain open and the online portion of the business. In short, it doesn’t necessarily spell a shift towards a more sustainable business model for Forever 21 – it could be just the opposite. Management have pledged to keep prices low. As they struggle to regain their market footing and make up for lost revenue, they may even start cutting more corners.

What it does show is that a fast-fashion model previously considered bullet-proof is, in fact, fallible. Forever 21 is just one of a slew of fast-fashion retailers to shutter in 2019. Bricks-and-mortar stores, it seems, are going out of style across the board. An anticipated 12,000 retailers are set to close this year in the US alone – a huge increase on the 5,800 that padlocked their doors last year.

As analysts and pundits speculate on what factors precipitated the brand’s decline, one major theme has emerged: Forever 21’s unwillingness to respond to consumers’ growing desire for transparency and sustainability in fashion. “I think fast fashion as we know it is not going to exist for much longer, meaning they’re going to have to completely rethink their business model because the younger consumer is so attentive to sustainability issues,” observed Ludovica Cesareo, marketing professor at Lehigh University, following the announcement.

Other industry experts have a different opinion. Some see the collapse of Forever 21 not as the end of fast-fashion, but as a pivot towards an even ‘faster’ model of consumption.

As more and more bricks-and-mortar stores close, online retailers have rushed to fill the vacuum. Fashion Nova, for example, offers an even speedier turnaround on celebrity inspired designs and leverages social media for online sales. It’s just as cheap, and its manufacturing practices are just as questionable.

Only time will tell whether Forever 21’s decline is the start of a movement towards responsible consumption, or a slippery slope into an even uglier kind of fast-fashion.