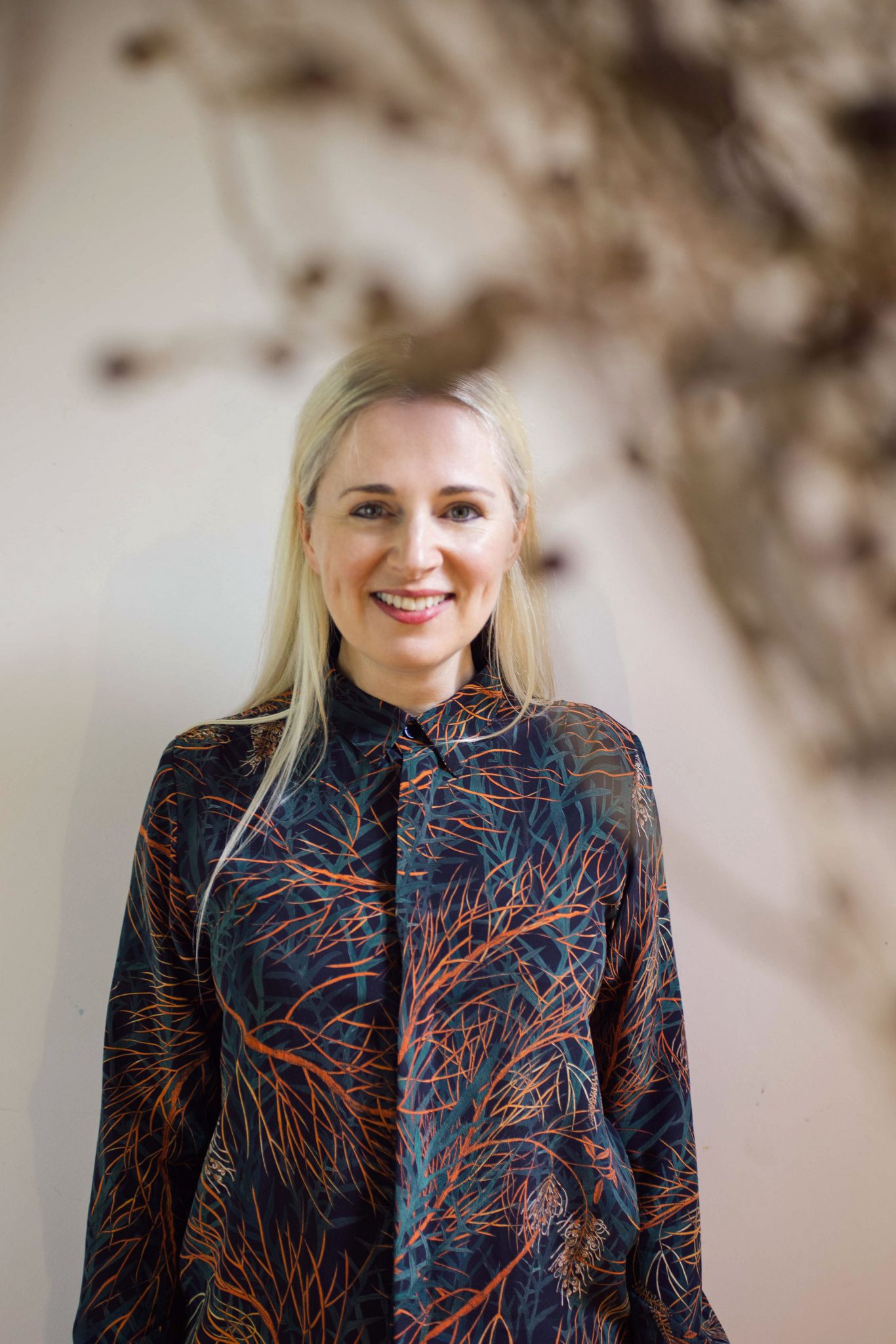 Journalist, author and voice behind the hugely successful Wardrobe Crisis podcast, Clare Press has a lot of strings to her sustainable fashion bow. Her new book, Rise and Resist: How to Change the World, adds one more – taking a broad look at the rebirth of grassroots activism currently sweeping the globe. Be it fashion, feminism or fighting the climate change fight, people are finding their voices and demanding a better future in a whole host of creative ways. In the midst of her hectic book tour, we caught up with Clare to find out more.

Was there a particular moment or event that inspired you to write the book?

Activism had been front of mind after the Women’s Marches of January 2017, but I started writing Rise & Resist during a trip to Heron Island on the Great Barrier Reef with the Climate Council that September. There, we learned about the effects of global warming on the reef, and it left me with a burning passion to try do something about it. My answer was to write this book.

What was the most surprising thing you discovered in the process of researching it?

That if everyone consumed like we do, we’d need several planets. Currently humanity is gobbling up the resources of 1.7 Earths. Sobering.

You met some incredible characters during your travels for Rise & Resist. Can you tell us a little about some of the people who made especially strong impressions on you?

I went to stay with a family living off grid in a yurt in a remote New Zealand location. I thought it sounded a bit crazy before I met them. I mean, who wants to live in a tent? What’s it like in bad weather? Don’t they get lonely? And why weren’t her kids in school? Of course, I was totally taken in. It was wonderful.

Did the research leave you feeling hopeful about the future?

Unequivocally hopeful. I do write about overwhelm, particularly around the depressing aspects of climate change and species loss, but I also explore the idea of finding the antidote in action. It really helps to surround yourself with positive people working to make change. There is nothing like becoming an active, engaged citizen and organising in community to make you feel empowered.

Is there a particular form of activism explored in the book that most strongly resonated with you?

There are lots of different methods in this book, from craftivism and artivism to online organising, from living off grid to rejecting money to building a tiny house, to beach clean-ups to going zero waste. I still love a good march though. There’s something about being out on the streets, when the energy is positive, that’s good for the soul. That’s partly because we live so much of our lives online these days. It’s good to get together IRL.

What forms of activism against fast fashion strike you as particularly important?

Well, I don’t actually believe in that. I work inside the fashion industry so I don’t find it useful or motivating to pitch myself ‘against’ fast fashion. I believe in collaborating at all levels to make positive change. In working together with the industry, with consumers and action groups at all levels to reshape the industry into a more sustainable version of itself.

I do believe that means slowing down – we are currently churning out close to 100 billion garments a year globally, and throwing nearly 70% of them away. That’s madness and we need to rethink it. But ‘us and them’ doesn’t work in this context. I don’t believe the people working in fast fashion are evil cretins who need to be stopped; I believe they are fashion fans, just like me, who happen to work in a broken system. We all have an investment in reforming it.

Happy to be actively against Donald Trump though, and against climate change deniers!

Do you think that the concept of activism is becoming more mainstream as more of us find new ways to speak up about what we believe in?

Yes. It’s a buzzword. People are calling themselves activists on Instagram. The word has stopped being scary. Excellent. I love it. Whatever it takes to encourage more people to speak out for the causes that matter to them.

Can anyone be an activist?

Absolutely, start today! Start where you are, as Anna Rose (one of the co-founders of the Australian Youth Climate Coalition) taught me. Start local, engage your friends, communities or neighbours in your chosen cause – whether it’s zero waste, fighting plastic pollution, living lighter on the planet, the share economy, sustainable fashion, or any of the hundreds of ways in which active citizens are reshaping our world every day. Get in touch and tell me about your plans. I’d love to hear from you. You can find me on Instagram and Twitter @mrspress.