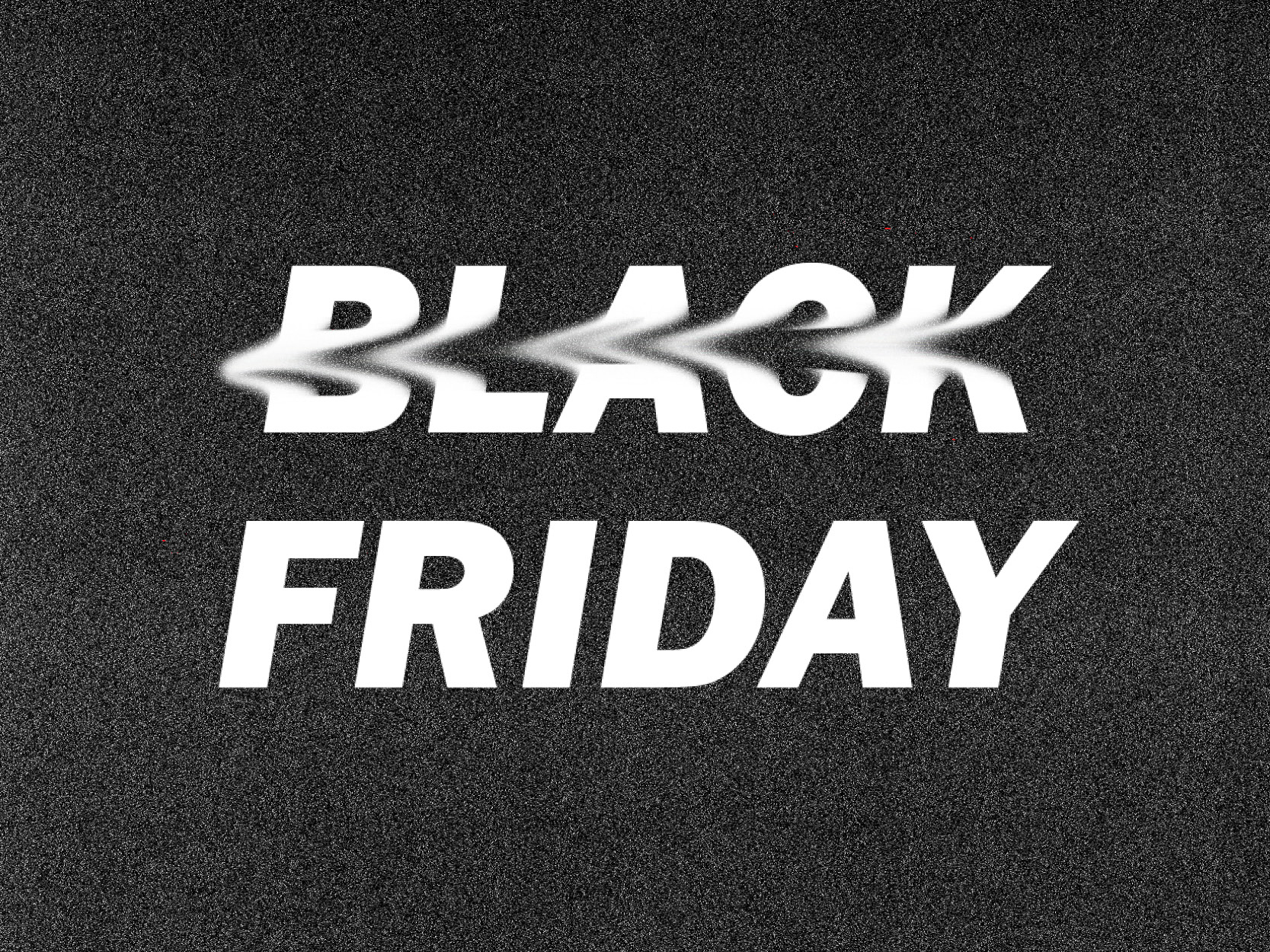 Been bombarded by Black Friday promotions in your Insta feed? Welcome to the silly (sales) season!

Held on the last Friday in November, the day after Thanksgiving in the US, Black Friday traditionally marks the beginning of the holiday shopping season. It sees thousands of online and in-store retailers offer huge discounts in an attempt to lure us into buying up big ahead of Christmas. Now, with the advent of Cyber Monday the following week, it’s spun out into a week- or even fortnight-long shopping frenzy. With Black Friday fast gaining traction in Australia, it’s worth pausing to contemplate its darker side.

Black Friday around the world

Black Friday started in the US in the 1960s, when bricks-and-mortar retailers still did their accounting by hand. In the period between Thanksgiving and Christmas, many stores would shift from the red (losses) into the black (profits) thanks to increased consumer spending. Retailers took advantage of the trend, and ‘Black Friday’ quickly evolved into an annual calendar event. In today’s world of hyper-consumption, Black Friday has taken on new significance. Retailers and online stores are pressured to offer heavy discounts, special offers and freebies in order to shift as much stock as possible. Consumers almost inevitably end up buying more than they need, feeding into a cycle of mindless consumption and waste.

The biggest market for Black Friday is still in the US, where sales last year attracted 66 million consumers to spend $5 billion online in the space of 24 hours.

As companies fight it out to boost their profits, sales tactics have become increasingly aggressive and manipulative. Black Friday brings out the worst in shoppers, too – the day is synonymous with images of people sleeping in tents waiting for doors to open, shopping centre stampedes, and people frantically rummaging through clothes racks. There’s even a website that tallies the number of injuries and deaths associated with the frenzy that is Black Friday.

Unsurprisingly, the biggest market for Black Friday is still in the US, where sales last year attracted 66 million consumers to spend $5 billion online in the space of 24 hours, and more than $50 billion in stores. In 2018 in the UK, shoppers coughed up £1.5 billion over the Black Friday weekend.

The event is gaining traction in Australia, too, and is predicted to overtake the Boxing Day sales as our biggest retail spending day of the year. In 2017, a McCrindle survey revealed that one in four Australians had never heard of Black Friday. Just two years later, a follow up study by the same researchers found that 94% of Aussies are now familiar with the event. This year, 44% of us are planning to take advantage of Black Friday discounts, with the day most popular among younger consumers (70% of Gen Y’s are set to participate, according to the survey). 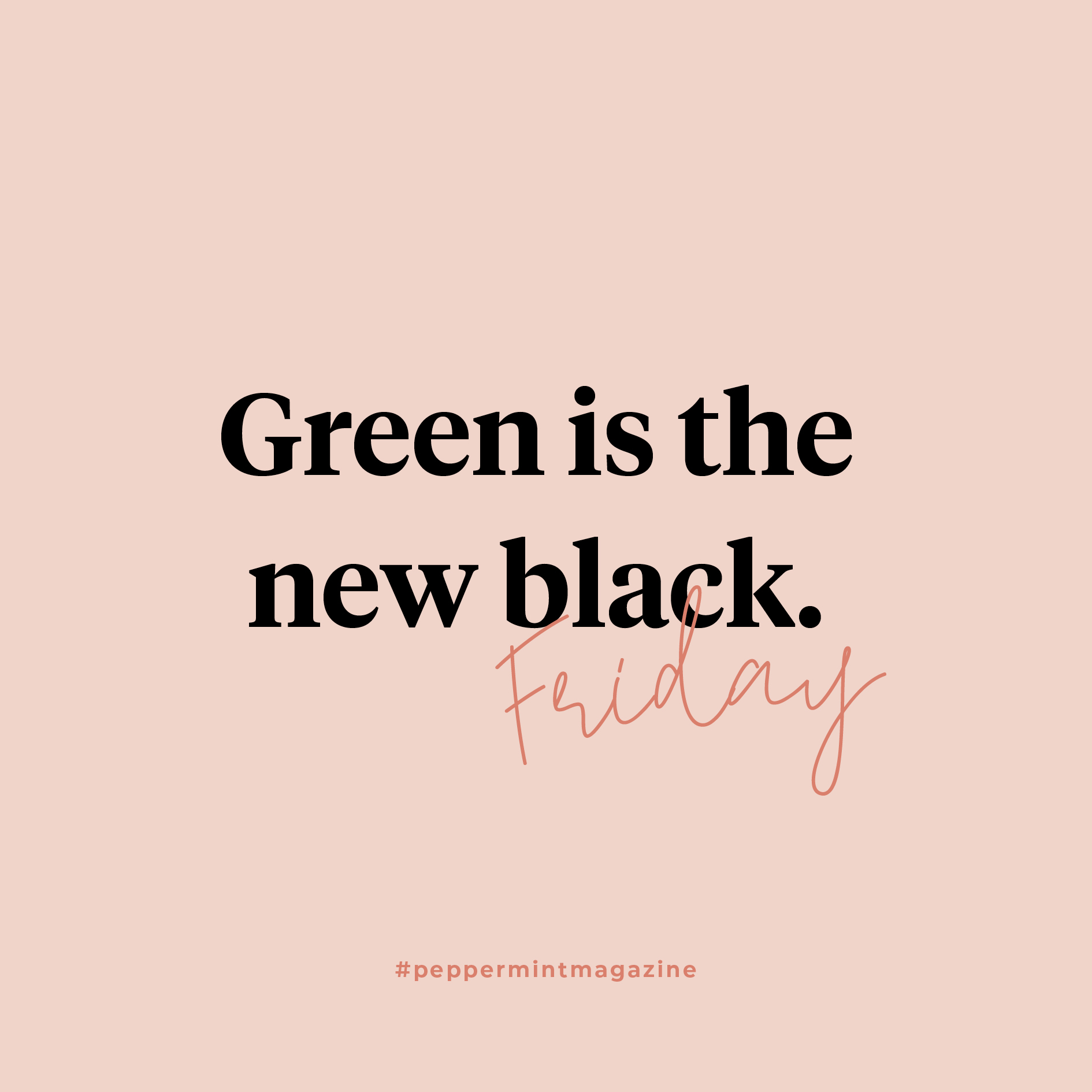 The dark side of Black Friday

We can’t blame anyone for wanting to take advantage of a bargain – provided it’s something you really need. But Black Friday has a darker side. Impulsive purchases, unplanned up-sells and mindless spending – it all adds up to one thing: massive over-consumption. A day (or week) dedicated to upping unused and unwanted purchases can never be a good thing. In the fashion industry, Black Friday fuels surplus production, which means overtime for workers (often unpaid) and increased pressure on the environment.

Then there’s the huge carbon footprint associated with having more delivery vehicles on the road, an offshoot of our love of online shopping, and an increased amount of packaging waste going to landfill. When you think about it, the last thing our already burdened planet needs is the pressure of an intense sales event.

It’s up for debate whether Black Friday is a cause or a symptom of the low-quality, fast-everything, single-use approach to consumption that now seems to be the norm. Either way, a number of counter-movements have emerged with the intention of neutralising the effects.

The grassroots White Monday campaign encourages people to reuse, rent and repair clothing instead of buying new. Buy Nothing New, which started in the UK, is stunning in its simplicity. To temper the dystopian ‘Shopocalypse’, they ask people to stay home with a good book instead of hitting the high street. Fashion Revolution, meanwhile, presses retailers to avoid offering Black Friday discounts.

But perhaps the most powerful voices speaking out against Black Friday are those of brands themselves. Last year in France, for example, a hundred retailers collectivised to denounce the sales event. In 2019, more than 500 companies will take a stand, banding together under a campaign called ‘Make Friday Green Again’.

Etiko is one of many Australian brands saying no to Black Friday by refusing to participate in any promotions. “Of course, shopping unconsciously can have a negative effect whether or not it’s during a sale. But sales encourage us to push our values even further to the back of our mind to get that discount,” Etiko Founder, Nick Savaidis, wrote on the company’s website this week.

Canadian beauty brand Deciem has been making headlines over the decision to close its retail stores and shut down its website for the duration of Black Friday. For the fifth year in a row, outdoor brand REI is also closing its doors and sending staff to participate in community clean ups instead.

Patagonia is a long-time Black Friday dissenter. In 2011, the outdoor brand infamously took out a full-page ad in The New York Times depicting a puffer and the slogan ‘Don’t Buy This Jacket’. In 2016, Patagonia donated 100% of its Black Friday profits to grassroots organisations. This year, they will offer a Black Friday discount but encourage customers to donate to environmental non-profits at the same time, matching donations made throughout the holiday season.

Many brands are using the occasion to double down on initiatives and highlight their messages. Everlane is partnering with Oceana to launch a campaign against single-use plastics, donating $10 from every Black Friday purchase to the non-profit with the goal of raising $300,000. This will add to the brand’s Black Friday Fund, which has raised more than three-quarters of a million dollars since 2014. UK sustainable label RÆBURN is also closing its doors, instead welcoming shoppers to the Raeburn Lab, where garments from any brand can be altered or repaired free of charge by a team of seamstresses.

As an alternative to Black Friday and Cyber Monday, consider holding off for Giving Tuesday. Another US-export, the unofficial holiday (marked on the Tuesday following Thanksgiving, the day after Cyber Monday) encourages citizens to donate their time, money or voice to a cause they’re passionate about. It can be a good time to do your shopping, too – thousands of brands have jumped on board, donating a percentage of sales made on the day to environmental and social projects.

Wherever you fall on the Black Friday debate, it’s worth remembering that ethical brands are often providing crucial jobs to workers throughout the supply chain. So if you do decide to shop, shop only from ethical and sustainable brands – that way your purchases can be truly feel-good.