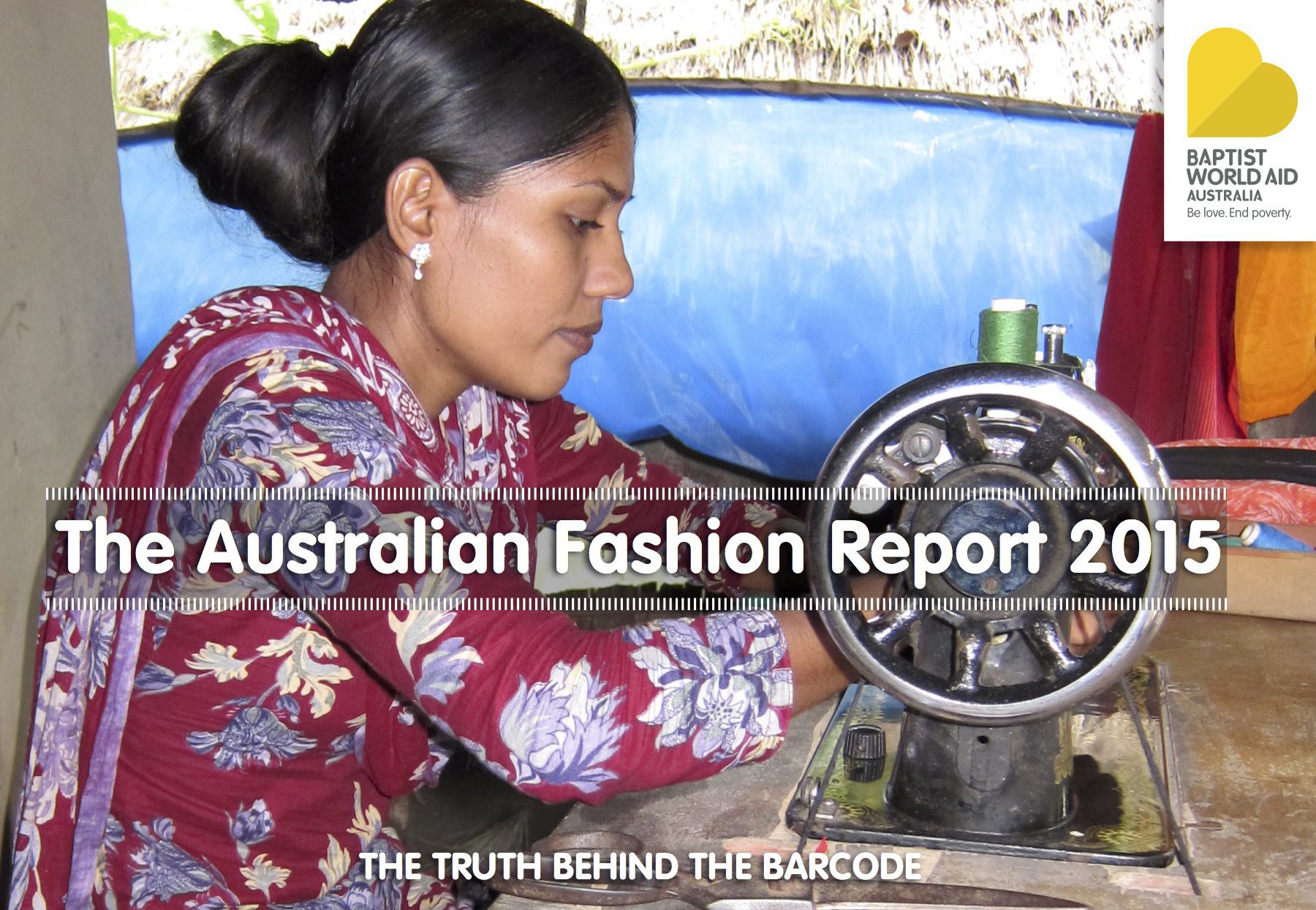 While Sydney Fashion Week has been grabbing headlines of late, today the Australian fashion industry is making news for much less glamorous reasons.

Released overnight, the Australian Fashion Report 2015 reveals that only 9% of Australian apparel companies can guarantee that their workers receive a living wage, and only 9% fully trace their cotton. Published by Christian charity organisation Baptist World Aid Australia, the report draws on 18 months of research to give companies an overall grade based on their policies, traceability and transparency, monitoring and training, and workers rights. For the second time, Fairtrade Certified Etiko has topped the list, joined also by Audrey Blue – but some of the other results may surprise you.

The shocking statistics drawn from the latest Australian Fashion Report refer to the 59 companies chosen for inclusion by researchers, representing 219 individual brands in total – and some of our biggest retail players. According to the report’s simplified ‘traffic light’ ranking system, companies including Cotton On, Country Road and Forever New, along with Coles, Woolworths, David Jones, Myer and Target, all receive an overall pass mark of C- or higher when it comes to environmental and social responsibility. Rounding out the list, most companies who received D to F grades did not actively participate in the study, and were instead assessed on the “little or no publicly available information” out there.

What’s even more concerning are findings from those companies who did take part in the research. Only eight companies are regarded as taking steps to guarantee a living wage for workers down the supply chain (and of those eight, only Etiko and Audrey Blue received a ‘green light’), a comparable result to findings from the 2012 Free2Work Report, on which this Australian study is based. It revealed that only five of 50 surveyed US companies provided the same wage safeguards for their employees.

In other areas, the new report offers a more promising outlook for Australia’s fashion future. Fifty-one of the 59 companies included have a code in place that addresses labour standards, and the majority of companies also monitor at least 75% of their direct cut/make/trim (CMT) suppliers annually – indicating that systems are being put in place, even if measurable change is a slow, cumulative process.

Encouragingly, two-thirds of the apparel companies who participated in the research process over two years (2013 and 2015) were shown to have improved their labour rights management systems, suggesting that public transparency and even ‘naming and shaming’ offenders may assist in the quest for social responsibility. But that approach hinges on a company’s chance to speak for itself by appearing in the report. What this document unfortunately lacks is a thorough explanation of the company or label selection process, which is all but missing from its methodology. Although researchers have canvassed a huge cross-section of brands, capturing not only the biggest names but also the biggest retailers by value and quantity, the report still only takes a comparatively small slice of the current fashion industry as a whole. Only a handful of ECA-accredited brands and Fairtrade Certified labels get a mention. With more of these smaller companies represented, the report’s overall findings could have been very different.

A valuable resource that sheds light on an often closeted industry, the report was released overnight and is now available to download in full via Behind the Barcode. Overall, it gives the impression that despite 20 years of Australian fashion on the global stage, little progress is being made where it really counts.