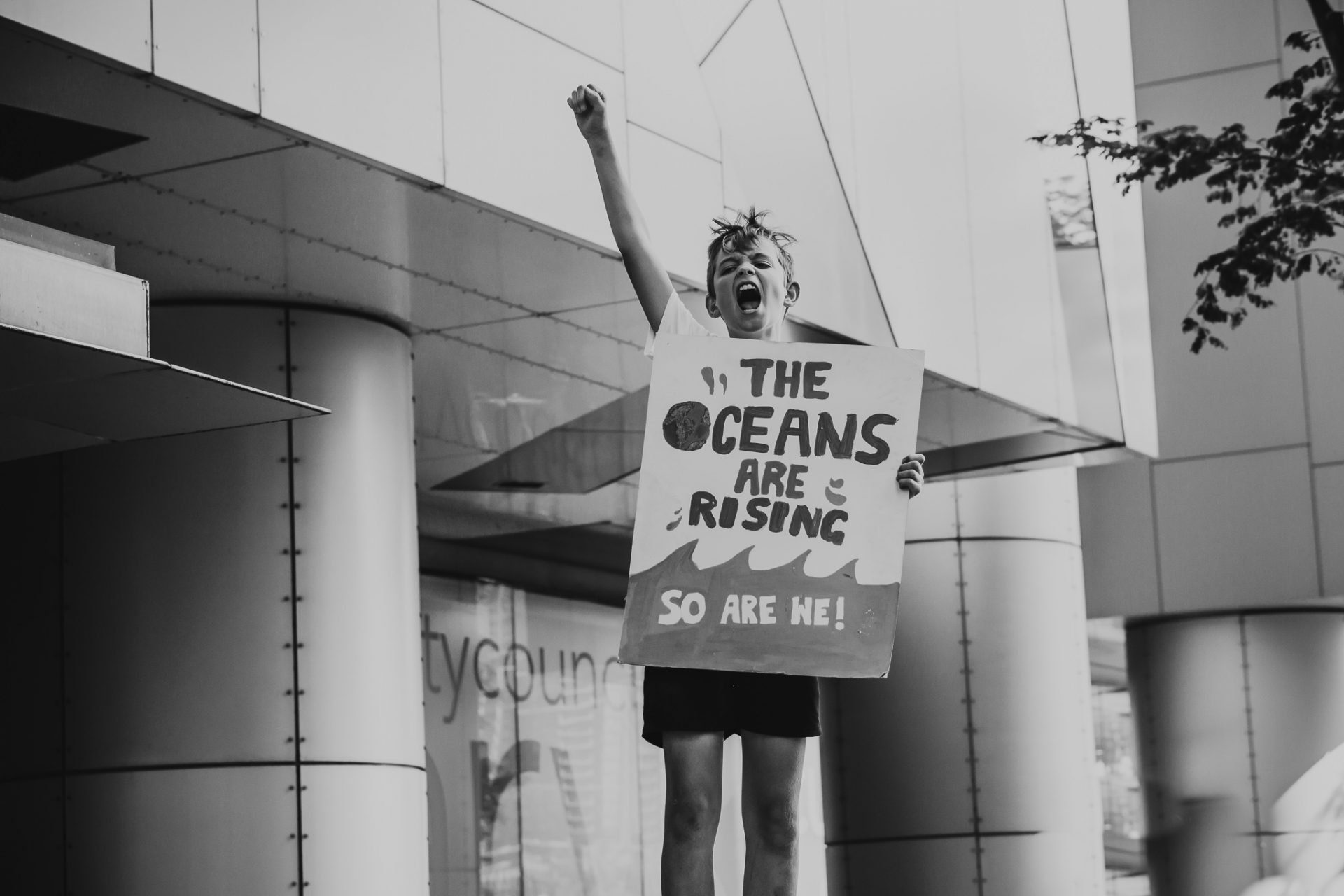 Australia is not on course to meet its Paris Accord climate action commitments within the next nine years, one of our leading climate experts has warned.

Professor Mark Howden, Director of the Climate Change Institute at the Australian National University, spoke out this month about the impending deadline, urging leadership to reconsider its stance on renewable energy and start doing more to cut CO2 emissions now.

Just days after Professor Howden’s public statement, the Bureau of Meteorology and CSIRO released a joint report confirming that 2019 was our hottest year on record. And in the weeks prior, a survey revealed that more Australians are feeling the impacts of climate change – and climate anxiety – than ever before.

Meanwhile, the world’s two biggest carbon emitters, China and the US, are both poised to renew their climate commitments, while the UK and New Zealand are pressing ahead with ambitious goals to achieve carbon neutrality by 2050. Australia’s position is looking more and more precarious by contrast.

Here, we unpack the latest climate news and what it means as we edge closer towards the Paris Accord deadline. 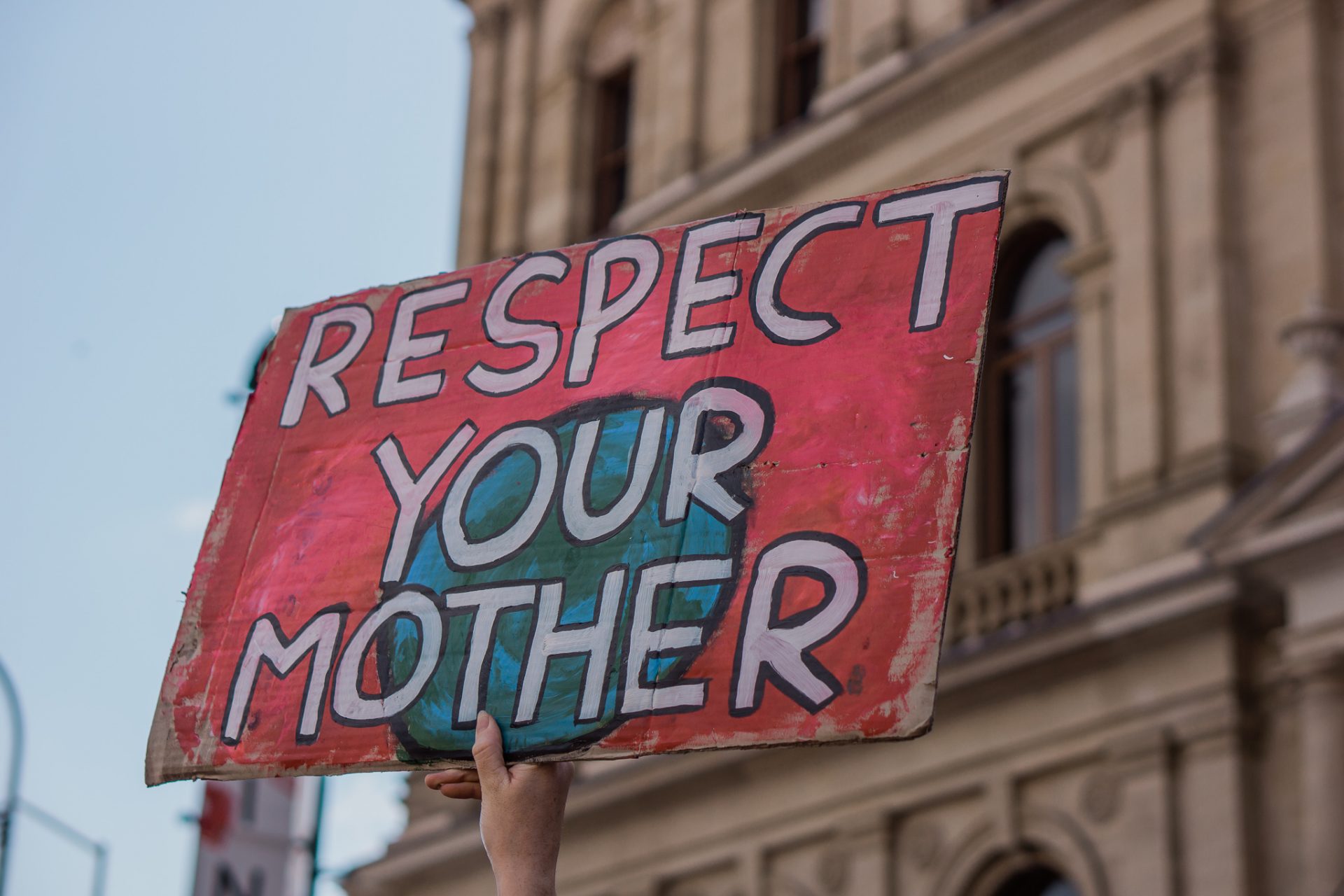 What is the Paris Accord? A quick refresher…

The Paris Accord (or Paris Agreement) is a non-binding agreement made between 194 countries in an effort to contain global warming. When it came into effect in November 2016, it was the most decisive action yet to prevent the global temperature from rising any further than 2°C above pre-industrial levels.

The ultimate goal under the Paris Accord is to cap the temperature rise to 1.5°C by the year 2030.

As part of the voluntary commitment, each country that ratifies the accord makes a pledge describing their own targets around fossil fuel pollution. The US, for example, pledged to cut pollution by around 28% (that was before they famously exited the agreement in early November 2020), while the EU has a more ambitious plan to cut emissions by 40%.

In the past four years since the Accord was signed, many countries have reviewed and strengthened their emissions targets. Some, including the UK and New Zealand, are now pursuing a net-zero goal by 2050.

Australia was among the first wave of countries to ratify the agreement in November 2016. Our pledge to “reduce greenhouse gas emissions by 26-28% below 2005 levels by 2030” is in-line with the commitments made by other countries, but it’s the way in which we plan to do it that has been cause for concern. In a departure from conventional wisdom, Australia plans to use carryover credits from the Kyoto Protocol to meet its target, which according to Climate Action Tracker “significantly lowers actual emissions reductions”. 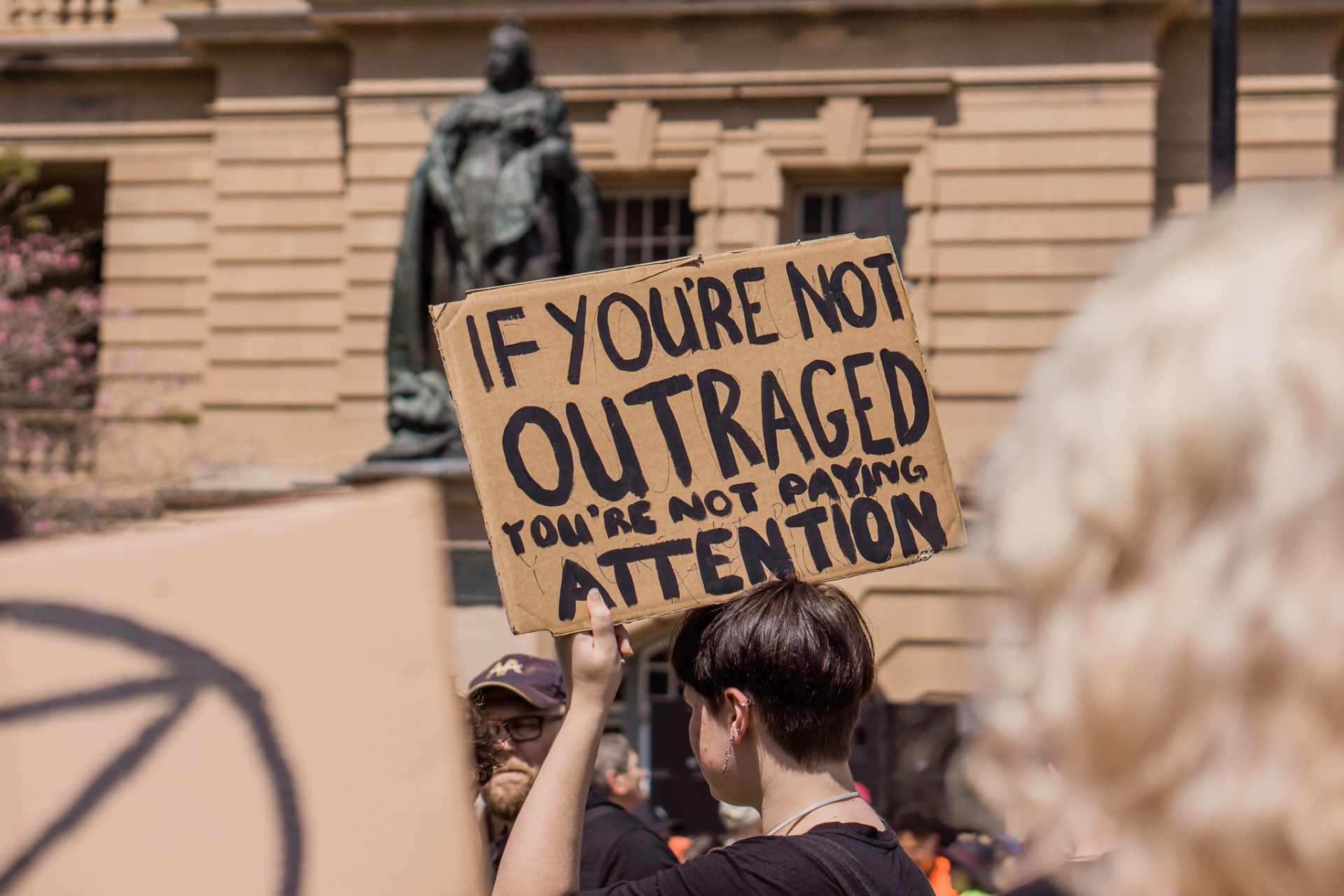 Falling short of the mark

Even with these carryover credits, scientists are now warning that Australia is destined to fall short of its 2030 target. In plain terms, we’re not pulling our weight.

Climate Action Tracker puts it this way: Australia’s existing target under the Paris Agreement is rated as insufficient “as it is not stringent enough to limit warming to 2°C, let alone 1.5˚C”.

Thinking about it a different way, Australia has a set emissions ‘budget’ left to spend before we hit the Paris deadline. And as Professor Howden points out, we’re spending that budget far too quickly. If we maintain the current status quo, Australia will tip the scales within nine years. After that point, achieving the target will become exponentially more difficult.

Instead of using up our carbon budget now and taking drastic action later, Professor Howden recommends we “take a longer, slower glide path and land relatively safely at net zero by around 2050”.

What exactly would that involve? For starters, it requires more meaningful action to transition to clean energy sooner rather than later. Climate Action Tracker reports that investments in renewable energy are now declining in Australia, reaching their lowest levels since 2017 in the second quarter of this year (that amounts to a drop of 46% quarter on quarter).

Secondly, it would involve reviewing the Paris Accord pledge and adopting more ambitious targets. Last year Australia made a huge achievement when we reached our 2020 renewable energy milestone a year early – but the targets haven’t been updated since. When our current Prime Minister was urged to consider a net-zero target in line with other nations, he all but ruled it out, citing diplomatic pressures.

Meanwhile China, the world’s biggest carbon emitter, recently revised its Paris commitment to peak emissions before 2030 and move to total carbon neutrality by 2060. As the BBC reported this month, China is outperforming its predicted targets and is on-track to reach that milestone.

Without a clear direction or ambitious plan, Australia is lagging behind. 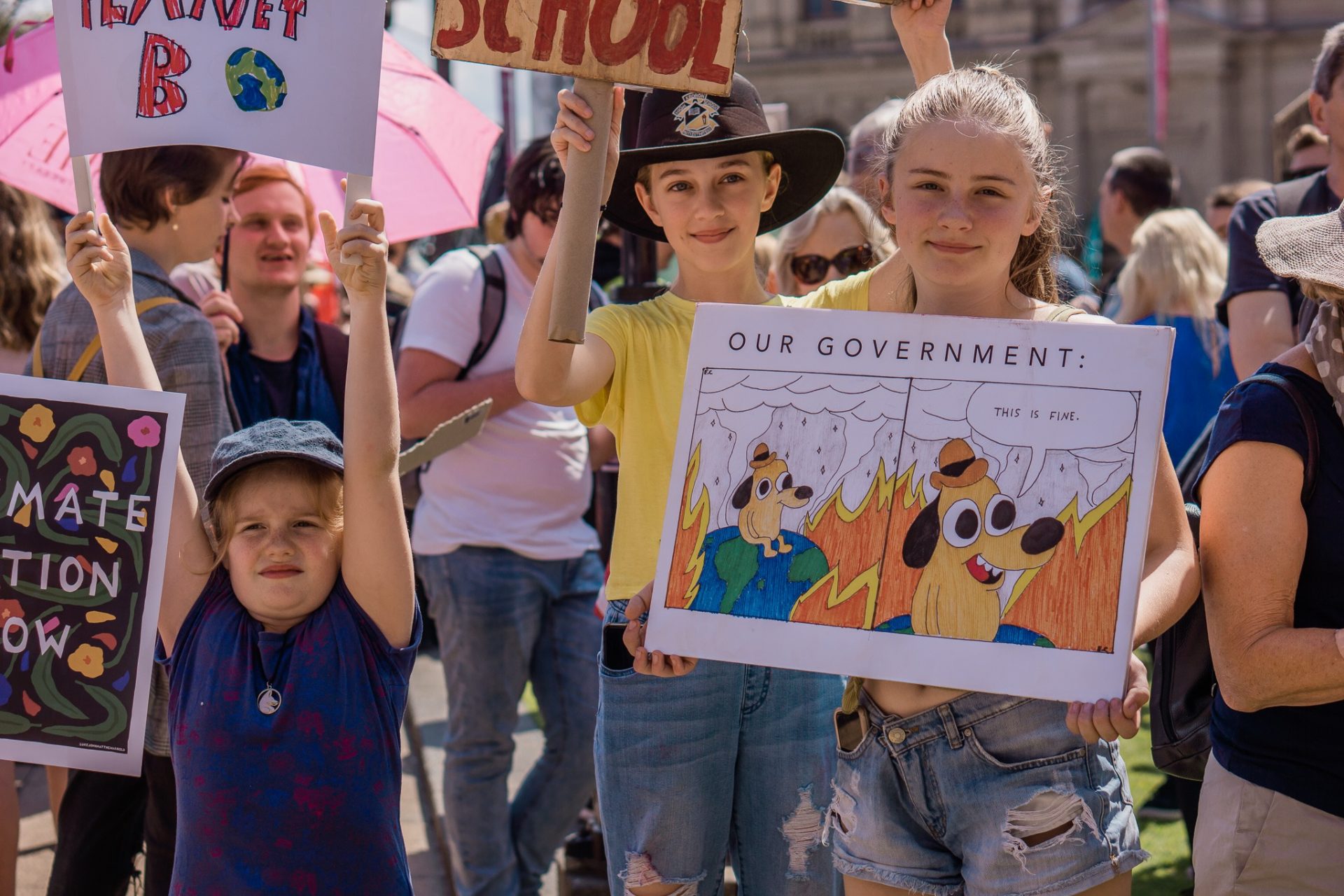 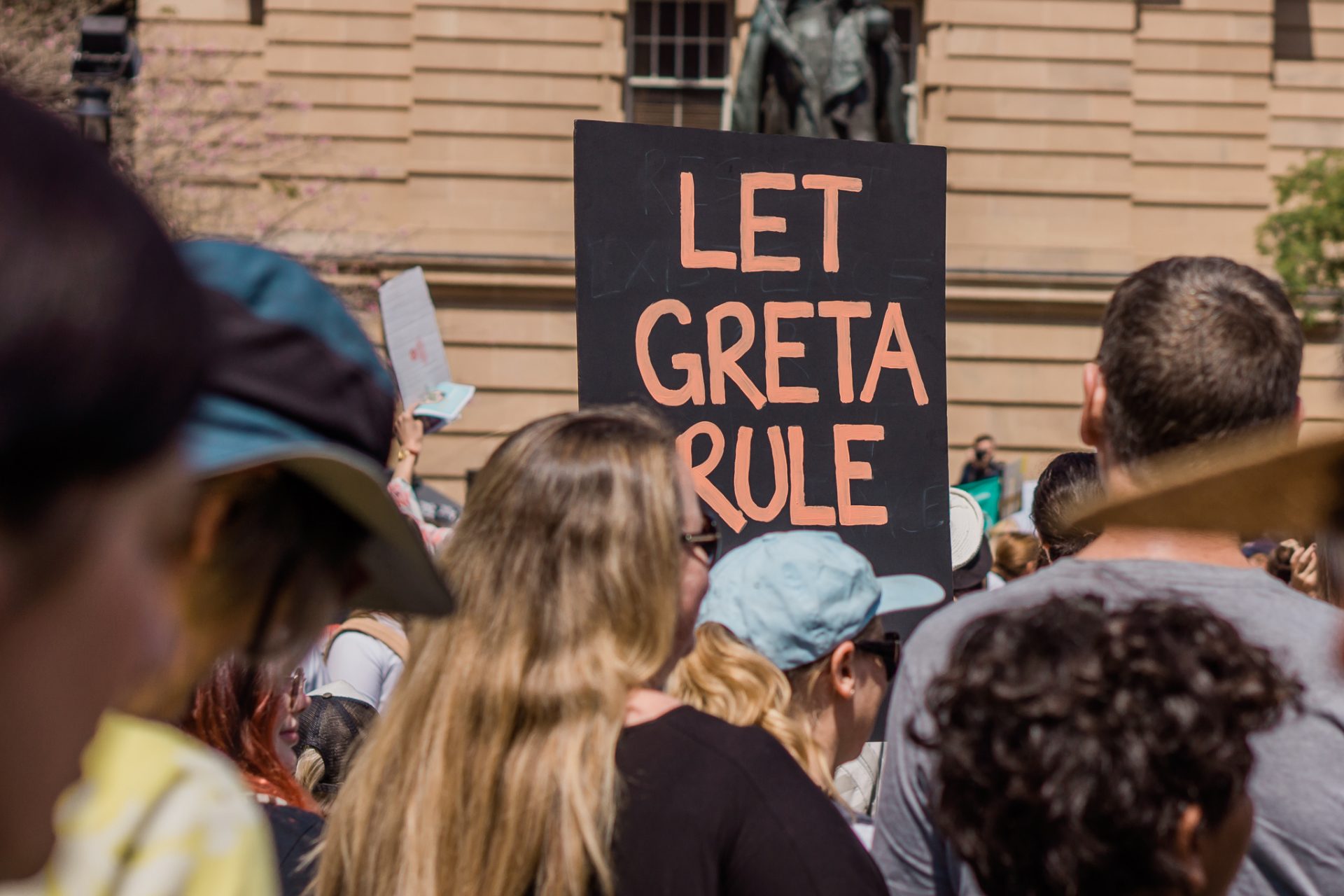 The current state of our climate

As if we needed another reminder of the consequences of inaction, the Bureau of Meteorology and CSIRO this month released new joint research on a warming Australia. State of the Climate 2020 is part of a bi-annual series that reports on long-term changes to temperature, rainfall and sea level both locally and globally since the 1970s.

It confirms that 2019 was Australia’s hottest year on record, continuing a long-term trend towards more consecutively warm years than at any other point in 20th-century history. Last year, we endured 43 ‘extremely warm’ days, more than triple the number of any year before 2000. “In terms of national daily average maximum temperatures,” the report reads, “there were 33 days that exceeded 39°C in 2019, more than the number observed from 1960 to 2018 combined.”

This has dire consequences for our fragile marine environment in particular. In the last century, sea surface temperatures in our region have increased by a full degree, and ocean acidity has gone up by a whopping 30%. Both are known factors in coral bleaching. Despite being well aware by now of the impacts on our reef systems, in 2019, Australia made no headway in reversing the trend.

Fewer rainy days, a prolonged wildfire season, more marine heatwave events and longer, more intense droughts are on Australia’s horizon, the CSIRO/BOM report warns. With global temperatures poised to rise between three and five degrees by the end of the century, according to the UN World Meteorological Organisation, our planet is set for extensive species extinction and an irreversible increase in sea level. 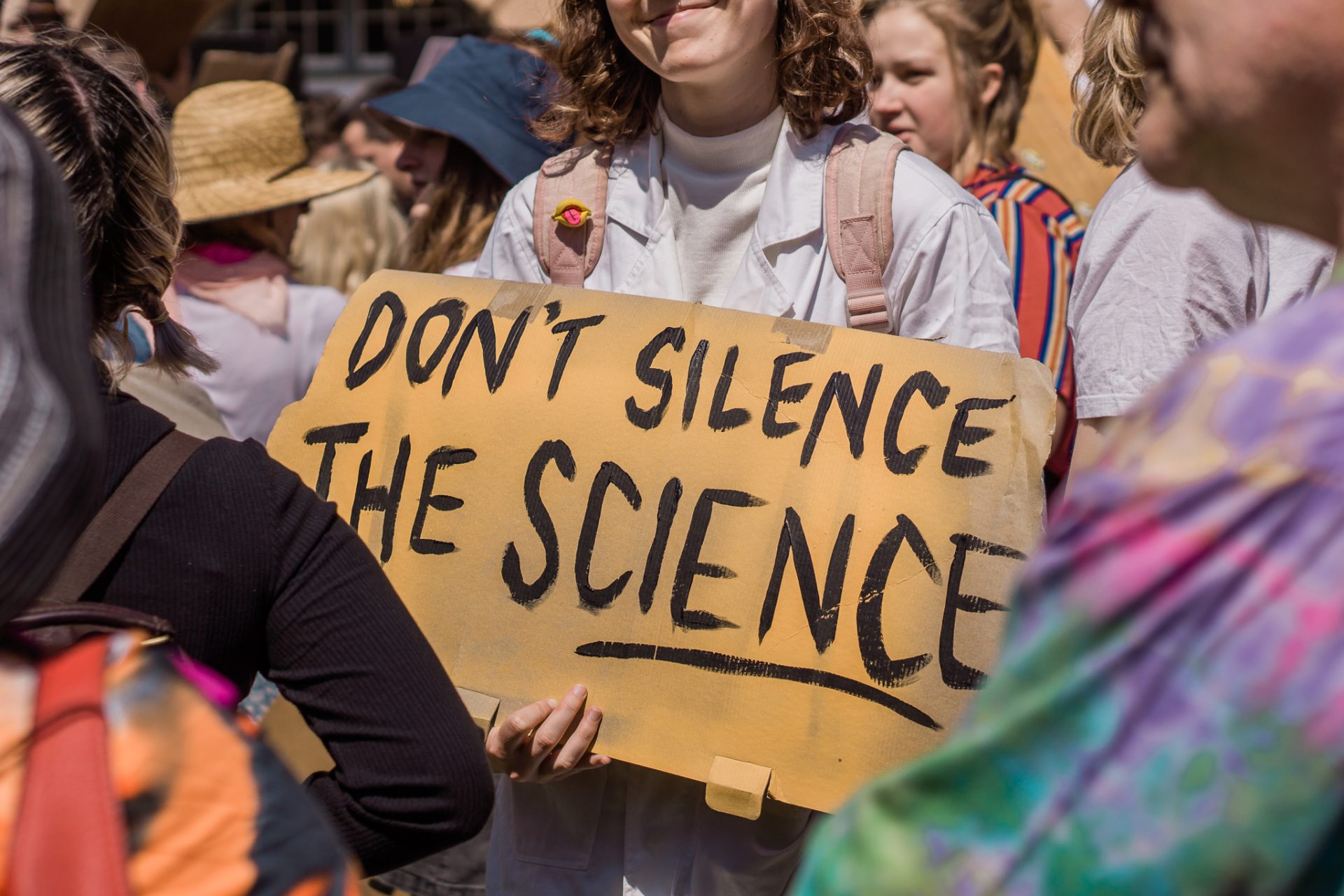 Looking towards a net zero future

If all this is enough to make you tremble with worry, you’re not alone. More of us are suffering from climate anxiety than ever before.

The Australian Institute’s Climate of the Nation report has been tracking attitudes to climate change since 2007. Their latest study, based on research from July 2020, shows a dramatic increase in the number of people who believe we’re already experiencing problems caused by climate change – 79% of respondents agreed to this statement, the highest proportion in the survey’s history.

The report also states that 83% of respondents support the closure of coal-fired power stations, and that almost three-quarters believe Australia should be a world-leader on climate change. When it comes to matching New Zealand, the UK and others by pledging to a new net-zero target by 2050, 68% of respondents backed the idea.

Right now, Australia is at a crucial fork in the road. If we start the transition to clean energy now and correct our course, we could still meet our original Paris Accord promise. With enough momentum, we could aim even higher for a net-zero future in-line with other states. But if we continue as is – which seems to be the wont of our leadership – we’re simply kicking the can down the road. We’ll be left to deal with the consequences later.

It’s not too late to make a meaningful pivot towards clean energy. New South Wales is leading the charge among our states and territories and turning their back on coal, with plans to close four of its five coal-fired power plants within the next 15 years. Investment in renewables is accelerating, so much so that the NSW state government has adopted its own goal of reaching net-zero by 2050. The entire state of South Australia was powered by solar for more than 60 minutes in October and big businesses like ALDI, Telstra and Woolworths are throwing their hats in the ring – ALDI is aiming to switch to 100% renewable energy by the end of 2021, Telstra is pursuing a reduction in emissions by 50% by 2030, and Woolworths has committed to 100% renewable electricity by 2025.

The question is, when will our federal leadership catch up?