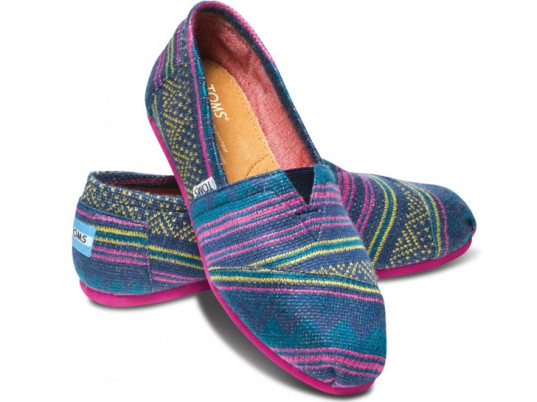 Ethical footwear giants and pioneers of social enterprise, TOMS, have announced they will be walking a new business pathway in 2014. Building on the success of their ‘One for One’ model (which matches footwear purchases with donations of shoes to people in developing countries), TOMS are stepping up and committing to manufacture at least one third of the shoes that they donate in the regions they are distributed to by the end of 2015. So shoes donated to children in Haiti, for example, will be made in a fair trade Port-Au-Prince factory using local labour and materials – cutting down on transport miles and giving the TOMS business model a new sustainable dimension. TOMS shoes are currently manufactured in China, Argentina, Kenya, and Ethiopia, and company founder Blake Mycoskie hopes new production ventures in Haiti and other countries will create hundreds of jobs and opportunities for locals over the next several years. Great work, TOMS – it’s a huge step in the right direction!