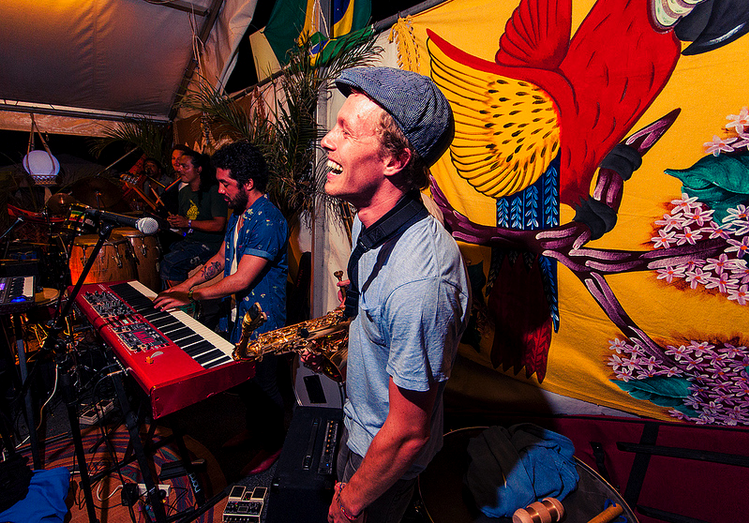 With six whole days of dusk-til-dawn celebrations, 28 venues and artists from 18 countries, the 2013/14 edition of the Woodford Folk Festival is set to be bigger and better than ever! Officially announcing their most ambitious program yet overnight, the countdown to this year’s festivities is officially on. There’s no shortage of music, dance, spoken word, workshops, kids activities and ceremonies on the bill, plus food, drink, market stalls and a hundred other fun ways to spend your Woodford days. It all kicks off in the gorgeous Sunshine Coast hinterland on December 27th, finishing up on January 1st with New Year’s Eve celebrations. Event tickets are already on sale, but if you don’t have yours yet, you’re in luck! Peppermint has a double adult season pass with camping to this year’s Folk Festival to give away. The prize includes an on-site camping plot and full access to the six-day festival for you and a friend. To enter the draw, leave a comment below and tell us which artist or group you’re most looking forward to seeing at Woodford. {Competition closes Mon, Oct 28 at 10am}.

Meanwhile, read on for our interview with first-time festival programmer Mandi McIntyre to get a sense of what Woodford 2013 has to offer!

Who are some of the highlights on the bill for this year’s festival?

Beth Orton is a highlight for us this year. It’s also great to have Matt Corby coming and to welcome back the Canadian boys, Half Moon Run after their big year touring across the world. Clare Bowditch and Tim Finn are definite highlights – they’re such classy, consummate performers. We are also really pleased that Babylon Circus are coming from France (wild boys!) and on that train of thought, Julian Marley (of the Marley Family) is bringing a big band from Jamaica and England with that huge authentic reggae sound.

Personal highlights quite often end up being the names in the program that you don’t recognise, but they make such an impact, their shows are completely packed by the end of the festival. I’m predicting that Canadians Rose Cousins, Kim Wempe and Mo Kenney will have exactly that response, as will a host of others.

How many countries are represented by this year’s artists?

Artists are coming directly from 18 countries across the world to this year’s festival from New Zealand to Canada and Scotland, then direct from India, Gambia and Mongolia. The program itself is so diverse many cultural groups living within Australia are also represented.

Is there anything new or different about this year’s program?

There is! We’ve been fortunate enough to start a new relationship with Showcase Scotland and will be bringing over a host of wonderfully talented Scottish Artists. From big percussive dance bands with bagpipes who are staggeringly fun to an intimate poet and a gorgeous songstress, Rachael Sermanni. We also have a host of excellent new bars on site, a game show and considering over half the acts this year have never performed at Woodford it feels very new indeed!

Who are the top 5 acts you are most looking forward to seeing?

I have to say having spent this much time with the program, I’m now beyond excited about all of them in all the venues. If I have to pick my personal must-sees:

Harry Manx – I first saw him at Woodford about 9 years ago. His music and performance is truly and experience. It is wonderful to have him back.

Vidwan – an electronic 9 piece band coming from India. To me, they represent music in modern India and I think they’ll be a lot of fun.

Matt Corby – I have to say the ease in his vocals and the musicianship by himself and his band has transcended any of the hype surrounding him. I can’t wait to hear that sound fill our Amphitheatre.

Beth Orton – People keep coming back to her music and I know others just discovering it. She’s an incredible performer.

NYE Hogmanay at the Amphi – It is really quite difficult to choose where to be at the festival on NYE because everywhere is so much fun, on the street or in a venue. But this year, I think I’ll be up at the Amphi for a huge party with massive Scottish dance bands, Peatbog Faeries and Breabach, mixing it up with the big rhythms of Dubmarine, Wild Marmalade and more. I can’t think of a better way to bring in the New Year!