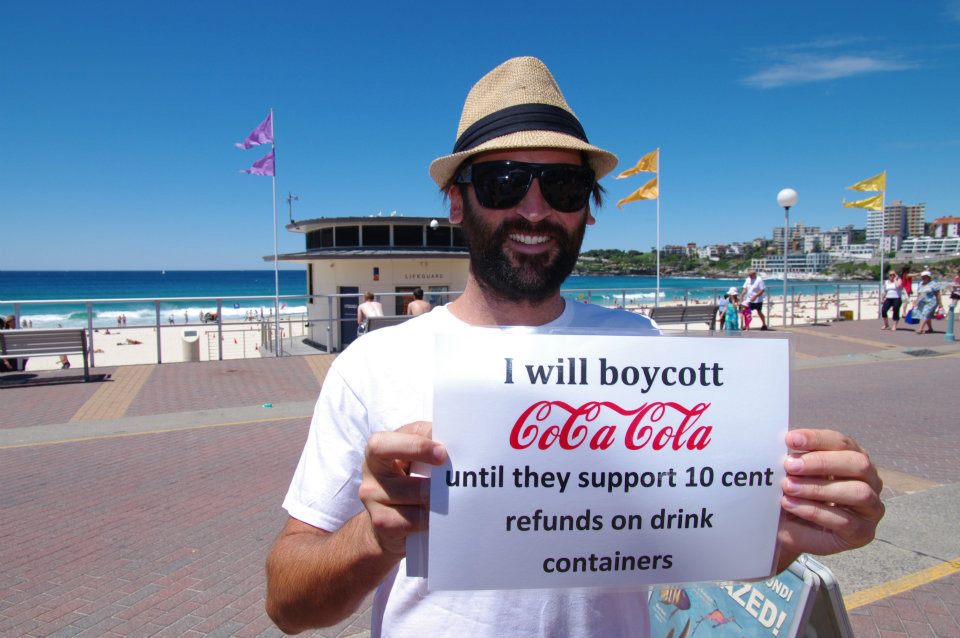 If there’s one thing plastic warrior Tim Silverwood would walk one-hundred miles for, it’s to raise awareness about pollution. Starting in April, Tim and a team of mates from the Boomerang Alliance will trek the 350kms from Sydney to Parliament House – (yes, that’s Parliament House in Canberra!!) – in an effort to get Australia talking about the need for a national 10 cent refund scheme on bottles and cans. But they wouldn’t show up to the nation’s capital empty handed! Along the way Tim will be collecting every bottle and can he comes across, delivering the trash to Parliament at the end of the road on April 24th. The team will also be attempting to break a number of world records, including picking up cans while on a unicycle – of course! You can show your support by seeing the team off from Martin Place on April 9th, or visiting Take3.