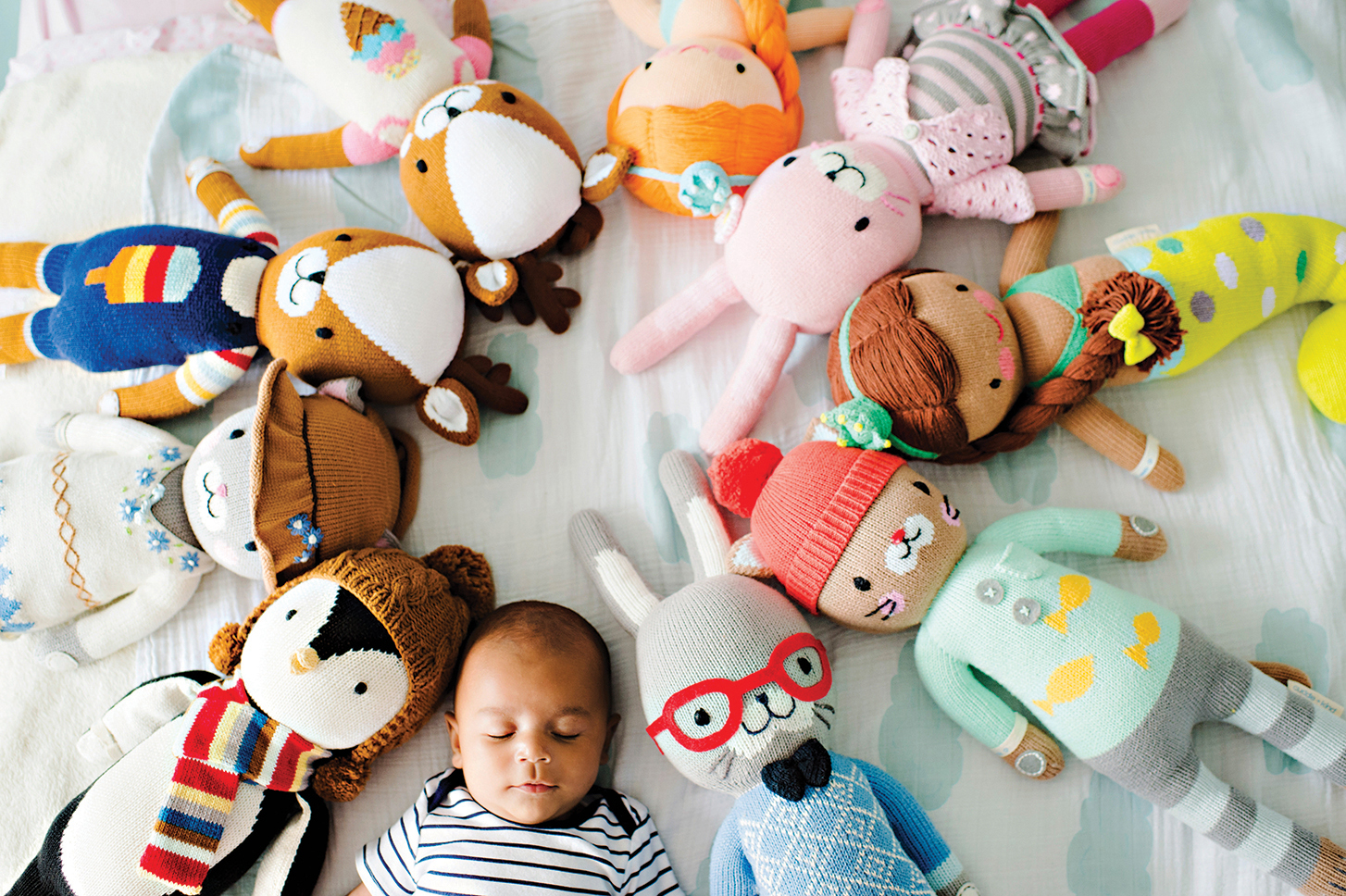 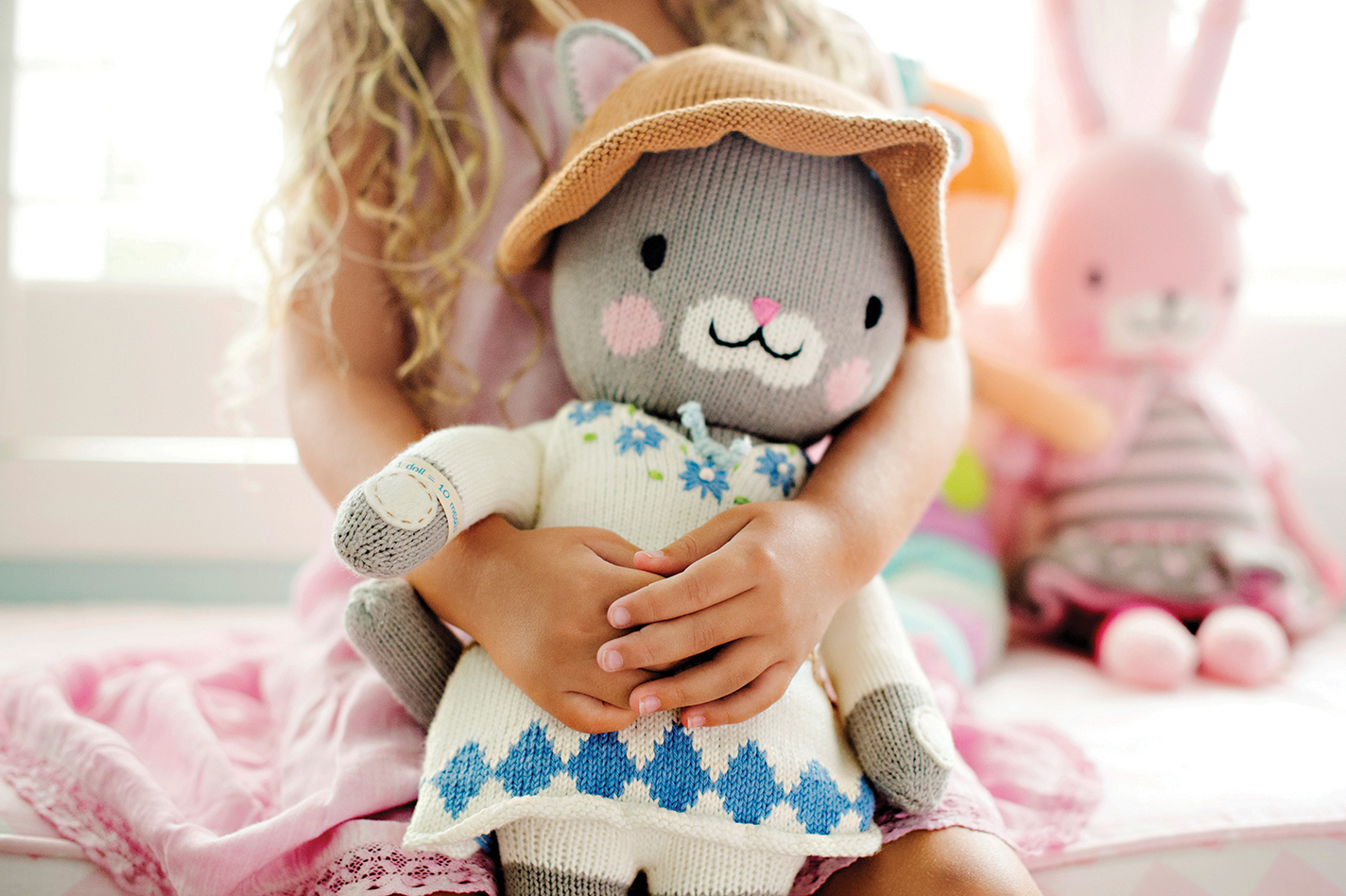 On an ordinary summer’s night three years ago, Canadians Derek and Jen Woodgate plonked themselves down to watch a documentary with their kids.

Afterwards, their eldest son Ethan couldn’t stop talking about what he’d seen. Three million children just like him were dying each year of malnutrition – why wasn’t his family doing something to help? That conversation eventually sparked the creation of cuddle+kind, a new social enterprise making beautiful hand-knit dolls that fund meals for children in need.

Right from the get-go, the Woodgates set themselves an astonishingly grand goal: they’d aim to raise enough cash to provide more than one million meals for children in need, every year. To hit the target, they knew they’d have to create a truly special product that would sell like hotcakes – which meant once again turning to their nine-year-old son for advice. “All the dolls are Ethan-approved for cuddle-ability,” Jen says. “He was our official cuddle tester during all of our prototyping so he actually has about six penguins now, which were all prototypes. He would sleep with the dolls and tell us if they were soft enough or needed less stuffing.”

The Woodgates, who live in Toronto, landed on the idea of ethically produced dolls after noting how much their own children treasured their teddies. With loads of input from their three children, Jen and Derek designed nine adorably whimsical animal characters, including cats, deer and bunnies. They even gave each doll a name, birthdate and mini personality. “Chloe the bunny was actually going to be quite neutral colours but our daughter Brooke really loves pink and purple, and ballet class. She decided Chloe needed more pink. So Chloe is now a pink on pink ballerina bunny with a double tutu,” Jen says.

For each doll sold, the Woodgates donate 10 meals to children in need. Jen says dolls seemed like the perfect way to tackle childhood hunger because they invite children to be part of the solution. “It’s a good talking point, we thought, to start a conversation with your children about how we can help others in the world, and how small things that one individual can do – like just buying a doll – can help other children,” Jen explains. 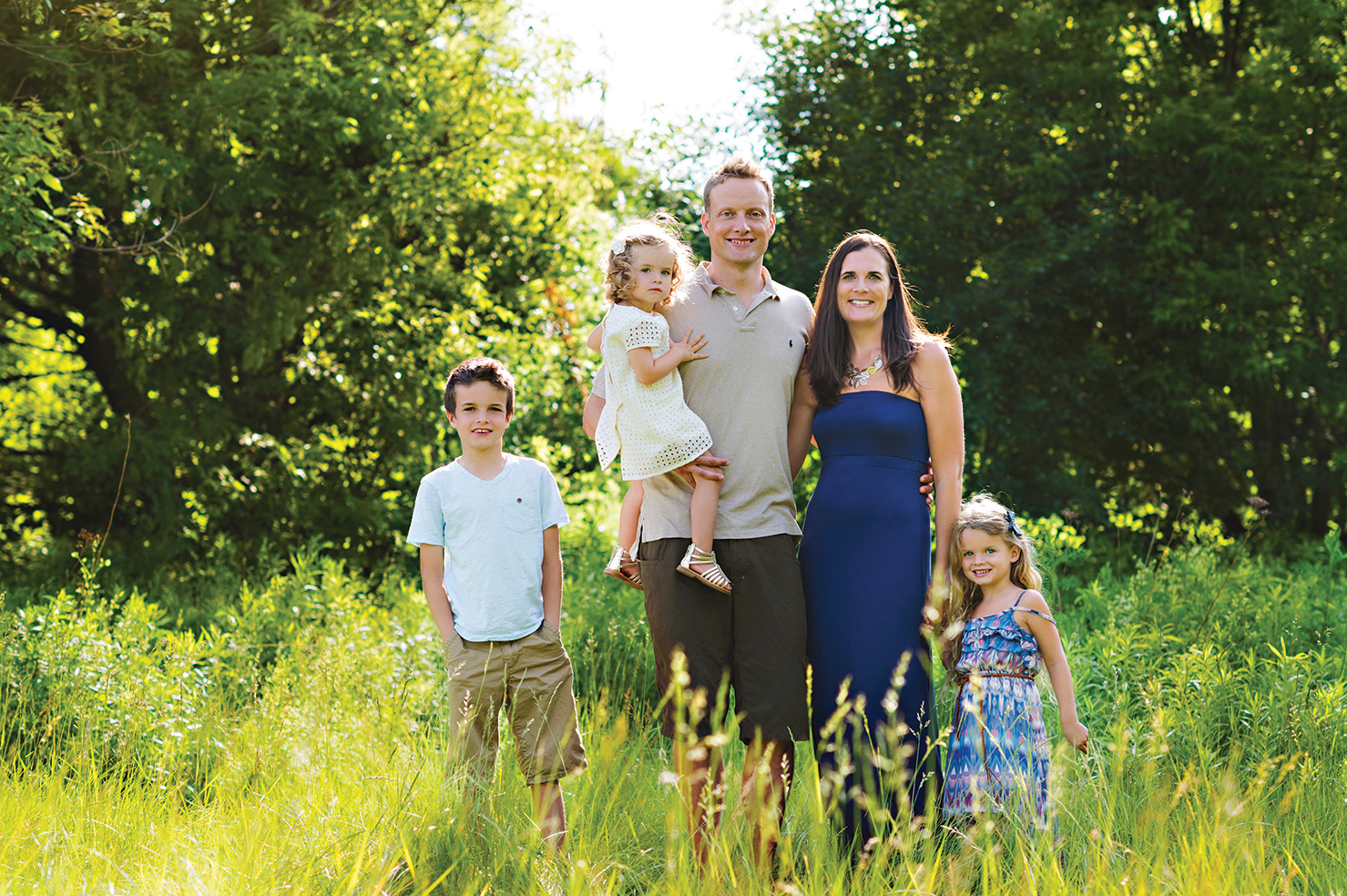 It shows that one person and one family can have an impact, and it involves kids in the solution as well

After a feverish six months of prototype development, they began hunting for skilled makers capable of knitting, embroidering and crocheting each doll from 100% natural cotton yarn. “It was really important to our family to help as much as we could, wherever we could, throughout the project,” Derek says. “We wanted the dolls to be handmade, so we researched knitters and came across Peru. We now employ more than 100 women and provide them with a fair trade, sustainable wage. I was down there in January and it was just amazing to see their skills and passion.”

The spin-off effect of employing Peruvian women is helping more children in developing areas, Jen says. “They invest in their homes and those homes become inter-generational, they pass them down to their children, so they’re building a home that will help their family for generations to come,” she explains. “We’ve also heard that they have more opportunity now to send their children to school. So they’re really proud that they can provide their children with an education as well.”

The Woodgates launched cuddle+kind last September via a crowdfunding campaign that instantly went viral. Within just one day, they doubled their initial fundraising target of $32,000 and within two months had secured almost $580,000 – more than enough to start making the dolls, while also funding cuddle+kind’s first 162,500 meals for needy children.

The campaign was so successful, Derek believes, because it made change seem so possible. “It shows that one person and one family can have an impact, and it involves kids in the solution as well,” he says. Adds Jen: “As a mum, I know I’m always looking for toys that have a little more meaning. Kids get so many toys and I think, especially around Christmas time, it’s nice for parents and grandparents to have the option of a gift with meaning. I think people are ready to make a change and try to make a difference with their purchases.”

Read more in Issue 30 of Peppermint – in stores until the end of August.