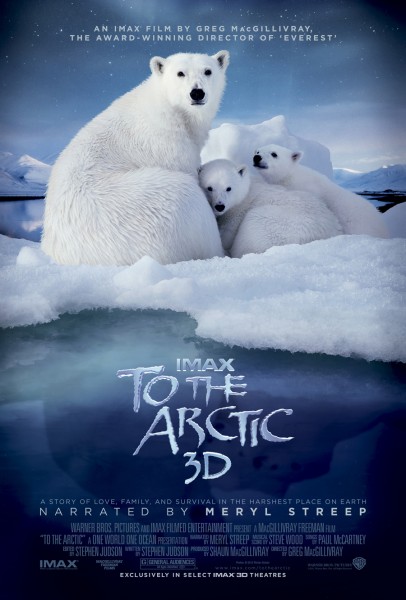 Got a spare afternoon and a fondness for adorable polar animals? Well then, we’ve got a lil’ giveaway that’s gonna tickle your inner nature buff. With a nail-biting plot, spectacular landscapes and cuteness galore in the cuddly shape of two polar bear cubs, To The Arctic is both a stunningly-filmed documentary of survival and a compelling – often startling – record of how the glacial wonderland is being dramatically altered by climate change. The first release of Academy Award-winning director Greg MacGillivray’s One World One Ocean initiative, the Meryl Streep narrated 3D feature was shot over four seasons and poignantly navigates audiences through the impact of global warming as viewers witness how food scarcity and melting ice sheets – one bear was filmed swimming continuously for nine days – is making survival in this breathtaking landscape more fraught than ever before. And as a special treat for our Sydney-based friends, we’ve got two family passes to give away to its Darling Harbour screenings! For your chance to nab one, simply leave us a comment below. {Entries close 5pm, Mon Sept 17th, 2012}.