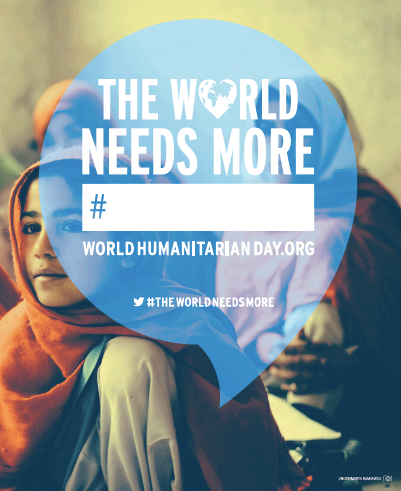 Did you know it was World Humanitarian Day earlier this week? The day itself falls on 19th of August, to honour the 22 aid workers killed in the Baghdad UN headquarters in 2003, but commemorations continue for a whole month. This year, a social media campaign is also being used to raise much needed funds for humanitarian projects. Under the slogan “The World Needs More,” the campaign has partnered with entertainers and large corporations to raise funds on social networks such as Twitter. Well known entertainers (like Beyonce) working with the program will tweet a word like “love”, “strength” or “humanity,” and a corporate sponsor will donate $1 to a UN humanitarian fund for every retweet. The month is also filled with worldwide events, like concerts and soccer tournaments, which you can find on the epic events calendar!