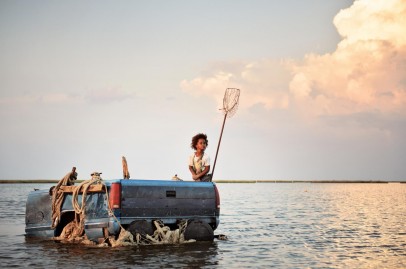 Deep in the Louisiana bayou, six-year-old Hushpuppy and her father Daddy Wink live a simple but happy life. When natural disaster strikes and their little home in The Bathtub becomes separated from the rest of civilisation, Hushpuppy’s imagination takes over as she tries to re-build her community and save her sick father. Life’s mysteries unravel as she learns to survive on her own, eventually coming to the realisation that “the whole universe depends on everything fitting together just right”. Winner of the prestigious Cannes Camera d’Or for best first film, Beasts of the Southern Wild has been praised as the most magical release of 2012. And to celebrate its Australian release, we have eight double passes to give away! For your chance to win one, just comment below and tell us the most important lesson nature has taught you. {Comp closes 5pm, Thursday Sept 20th. Australian residents only}.