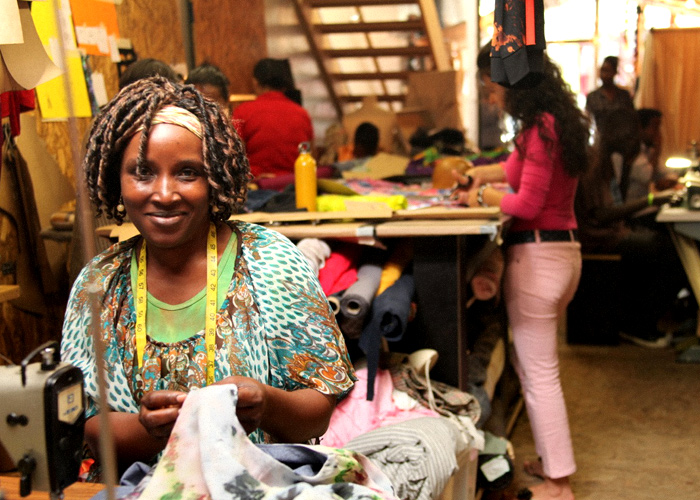 Most of us know that garment makers in the clothing industry endure poor conditions and low pay, but it’s an issue now drawing increasing media attention: last year’s horrific garment factory fire in Bangladesh killed over 100 people, and in January, Cambodian factory workers’ ongoing campaign to increase their wages (the second-lowest in the world) erupted into violent street riots. Now, Australia is facing its own clothing controversy, following the federal government’s recent announcement that it intends to cut all funding for Ethical Clothing Australia (ECA) – a decision that’s divided opinions across the Textiles, Clothing and Footwear (TCF) industries.

The ECA was initially established to help the TCF industry improve conditions for workers. In 1996, the Council for Textile and Fashion Industries in Australia (TFIA) and the Textile Clothing and Footwear Union of Australia (TCFUA) created a Homeworkers Code of Practice in an effort to avoid worker exploitation. This led to the launch of the ‘No Sweat Shop’ label in 2001, which became Ethical Clothing Australia in 2010 after the government increased its funding. The ECA largely relies on this money to ensure that TCF businesses abide by the Code, and it also receives funding through its accreditation and labelling program, which allows it to help businesses and designers establish transparent and ethical operations.

Unsurprisingly, the ECA has condemned the government’s actions, with ECA national manager Simon McRae stating that the accreditation program was ‘internationally recognised as best practise’ and had helped thousands of homeworkers attain decent wages and working conditions. The TCFUA has also stepped in to offer its support – national secretary Michele O’Neil has described the government’s decision as ‘a green light to exploitation’. From 1 July, TCF manufacturers will no longer have to be accredited under the Code, which O’Neil describes as a ‘wrong move … dressed up as cutting red tape’, since it is ‘removing any requirements for companies to be ethical’; to cut the ECA’s funding, she says, is ‘letting the industry down’.

However, some key industry players have welcomed the cuts. The TFIA’s CEO Kiri Delly feels that ‘the Code administered by the ECA went too far in its support of the union-led campaign to hinder the industry, which has resulted in a decimation of any TCF small business and an acceleration of jobs moving offshore’. The TFIA is committed to supporting ethical practices and fair working conditions for clothing and textiles industry employees, and, according to Delly, has ‘focused its energy on rallying the industry to create a business environment that supports local jobs and entrepreneurship’.

Fashion labels have also contributed to both sides of the debate. Australian retailer Cue has expressed its disappointment over the government’s decision, with CEO Damien Peirce-Grant stating that his company ‘works closely with its manufacturers and works closely with ECA to maintain an ethical workplace’. Similarly, Lis Harvey of NICO Underwear feels that ECA allows brands ‘to guarantee ethical labour practices in an industry that suffers from a lack of transparency and accountability’ and hopes that ‘when making budgetary decisions, governments would consider the growing demand for services such as ECA from an increasingly socially aware population’.

Conversely, Sean Watson of ethical clothing line Pure Pod, who ‘fully supported the original ideology of the ECA’, thinks that to have ‘had their funding continued, the ECA had to have been a totally independent organisation, with more industry representation, and not seen by most as simply a union shop front’. Sean even went as far to suggest that ‘perhaps they should have been concentrating their efforts on preventing the import of cheap clothing from companies in such countries as Bangladesh’.

Despite these differences of opinion, it seems that ultimately, what industry bodies and consumers all want is to achieve ethical improvement in a trade that’s too easily associated with low wages, dire working conditions and worker exploitation. The ECA were operating with the best interests of companies and their employees at heart: in a recent statement, it confirmed that it would continue to support accredited brands and ‘fight for a fair and ethical Australian TCF industry’. At the very least, the funding cuts have helped once again focus attention on the important human rights issues attached to our fondness for fashion – attention that we hope will lead to long-term positive change.