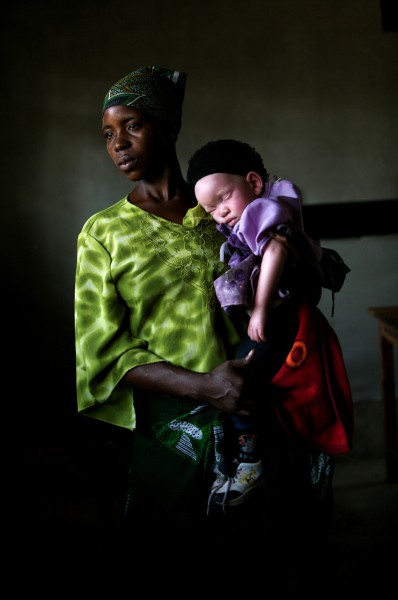 Being born an albino in Tanzania is often a fatal curse. Perceived as mythical beings or ‘ghosts who cannot die’, the albino community has in recent years suffered a spate of murders after witch doctors encouraged use of their body parts in potions to bring good fortune. Filmed over six years, In The Shadow of the Sun tells the story of albino Josephat Torner as he traverses the country meeting albinos of all ages and confronting the deadly superstition head on.

After successful screenings in Sydney and Melbourne, the powerful film officially opens the Brisbane leg of the Human Rights Arts & Film Festival (HRAFF) on June 4th – followed by Informant on June 5th and Alias Ruby Blade on the 6th. All films show at The Tribal Theatre (George St) at 7pm, and thanks to HRAFF, we have a double pass to In The Shadow of The Sun to give away. For your chance to win, simply comment below letting us know the best film you’ve seen this year! {Competition closes 4pm, Monday June 3rd}.