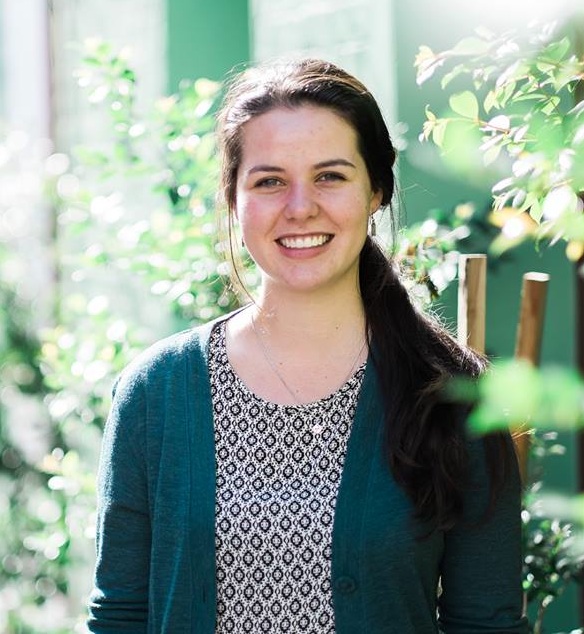 Many of us want to live more ethical lives, but knowing where to start can be tricky. So it’s just as well that Emma Crane, an enterprising University of Melbourne student and passionate advocate for human rights and sustainability, came up with the Ethical Living Challenge, 21 days of activities and resources designed to help you make the world a better place. The action kicks off on 1 May, so we caught up with Emma to discover the story behind the  challenge and the sort of impact she hopes it’ll have.

What was the inspiration behind the Ethical Living Challenge?

I originally developed the Ethical Living Challenge (ELC) two years ago as part of my UNICEF Young Ambassador role, but decided to do it independently for logistical reasons. Since then, I’ve had amazing encouragement from family, friends and companies such as Ethical Switch (who are sponsoring the challenge). It’s really inspiring to have the support of people who really see the merit in the project – they truly believe in its potential to educate and motivate people on issues of ethical living and social justice. Their enthusiasm has been inspiring to me and often reminds me of the reason I created ELC: to fight for the rights of others, to be a voice for the voiceless and to inspire an inter-generational commitment to ethical living.

Can you tell us a bit more about the challenge? What will be happening over the 21 days? What kind of topics will you cover?

The ELC is a free 21-day online program that encourages participants to live more ethically, taking place from 1 – 21 May this year. Most people don’t know where the food on their plate comes from, let alone how the clothes on their back were produced: ELC is about exposing these realities and inspiring people to act on the issues they’ll learn about during the 21 days. An email will be sent to participants each day with facts, research activities, daily challenges and practical actions to take, such as writing a letter to an MP or initiating a Fair Trade Community. Every day will have a different theme, such as food, fashion, cosmetics or travel, and will cover social and environmental issues ranging from child labour to deforestation. There will be dedicated ‘action days’ plus resources, competitions and giveaways throughout the challenge. It coincides with Fair Trade Fortnight in Australia, so hopefully people will be able to use that for double the impact. ELC will grow into an annual program with an international reach in future years. Ultimately, it seeks to equip participants with the knowledge and skills necessary to act on issues of injustice and be pioneers in the ethical living movement.

What is your background? How did your interest in ethical living start?

I’m currently a 19-year-old student at the University of Melbourne (studying Geography and Anthropology) and I grew up on the sunny shores of Perth. I was born into an amazing family and had an extremely fortunate childhood, but I was acutely aware that there were people around the world who didn’t even have enough to eat. Learning that at a young age resonated with me, but I think my passion for ethical living was really triggered by spending a year in Indonesia when I was five. The discrepancy between our sheltered expat life and the reality for most of the population was, in hindsight, incredibly unjust. This realisation stuck with me through school – I became the Community Service Captain of my junior school, then was elected into the same role for high school. As a teenager, I tried to navigate the world of social injustice through volunteering and advocacy, working with organisations from World Vision to UNICEF to the Fair Trade Association. But I became increasingly frustrated with the lack of political progress, my seemingly miniscule impact and the fact that things weren’t quite as simple as I once thought. During a trip to Cambodia in my gap year, I became disillusioned with the international development sector, and it threw into question everything I had previously advocated for. It taught me that our efforts to help people ‘less fortunate’ are often incredibly misguided and uninformed, which turned my focus from ‘What can I do to help others?’ to ‘What can I do to ensure I don’t harm others?’ Thus, ELC was born.

Who do you want to take part?

Absolutely everybody! The young, the old, students, workers, parents, children, city dwellers, country folk, ethical saints or complete novices – you don’t even have to know what ‘ethical living’ even means to take part. ELC is designed to teach everyone new things and equip them with the knowledge and skills to continue advocating for change after the challenge finishes. Whilst I originally intended ELC to be for 15 to 25-year-olds, I realised along the way that this was too restrictive. Ethical living is something that needs to be adopted by everyone, not just a select group of young people.

What kind of impact do you hope the challenge will have?

ELC is about creating and sustaining a movement of ethical living. It’s about encouraging people to take responsibility over their purchases and their actions. It’s about getting people to recognise that we can’t sit on the sidelines and watch people being exploited and the environment being destroyed – mostly because, as consumers, we’re the ones fuelling it. Our purchases send a powerful message to corporations, so by investing our money in ethical ways, we can slowly change the way our world operates. That’s the impact that I hope ELC will have: to inspire activism, encourage responsible consumer choices and inspire people to care. Even if I manage to change the mindset and habits of just one person, that’s a win.