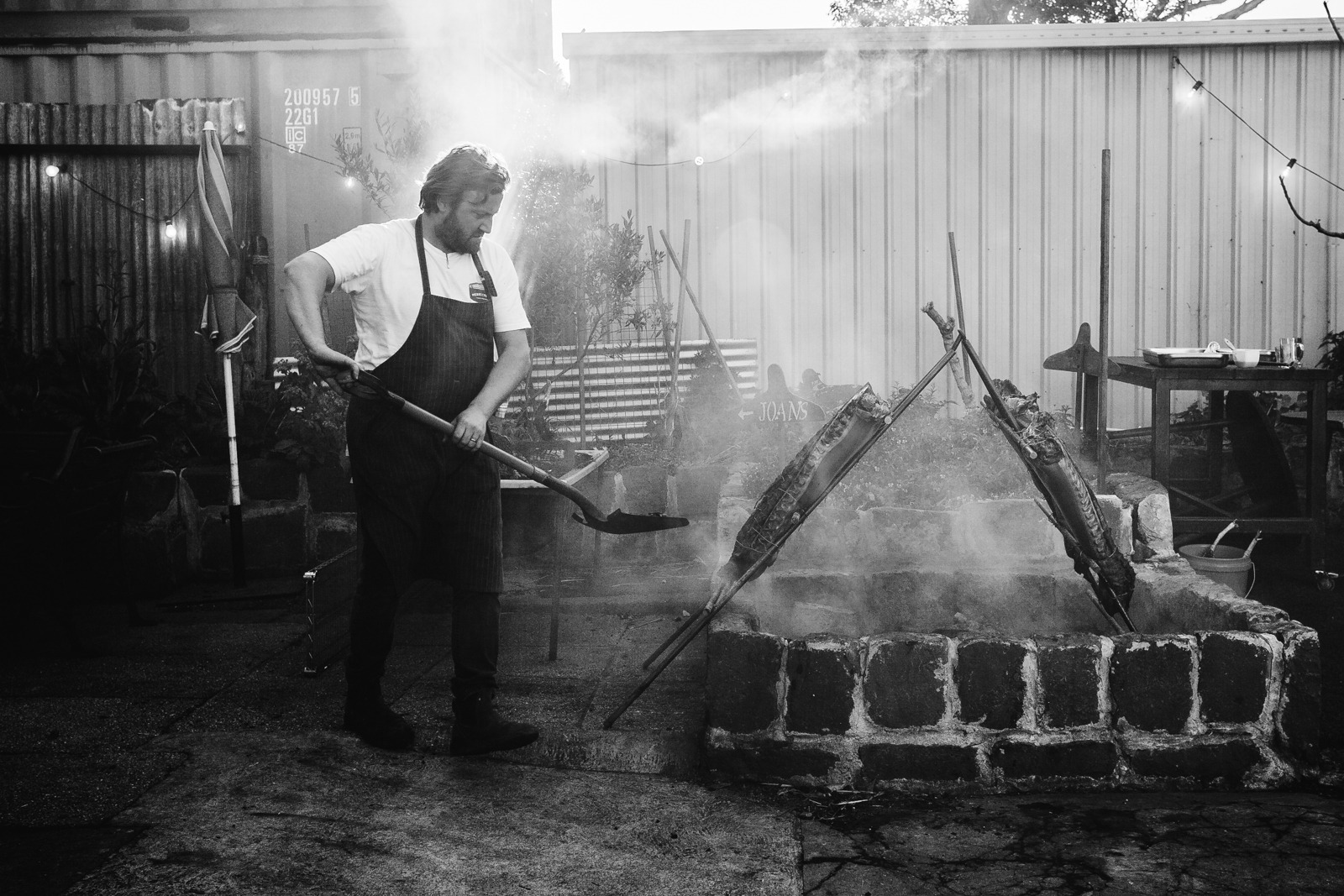 Ever wonder what a chef feeds his family on his night off? In the run-up to his appearance at the Noosa Food and Wine Festival, we caught up with cookbook author and owner of Melbourne’s Pope Joan, Matt Wilkinson, to find out his food philosophy, his go-to weeknight dinners and his average day on a plate.

You’re a former ambassador for the Victorian Farmers’ Markets Association – why is it so important to you to know where your food comes from?

I think the bible says “know thy neighbour”, and in today’s times I reckon it should be “know thy farmer” – or at least a few. They’re bloody legends! My general rule is if it’s fresh produce and it’s had to come a long way, it’s not going to be as good as it is when it comes from closer and in season to the area we live… and it’s even better if you know the farmer.

Your books tend to focus on fresh, nutritious and seasonal foods – what’s your overall food philosophy?

Seasonal is where it’s at. When it comes to fresh food I take the region I’m in as ‘my country’. I eat the foods that grow there, whilst they are growing in that season, and then I don’t eat them when they don’t grow.

At the Noosa Food & Wine Festival, you’re creating a four-course meal using only ingredients sourced within a 100km radius. What do you most love about using local produce?

Taste, taste, taste – to me, local is tasty. I don’t have to do much to the produce. If I marry the flavours and textures well on the plate and respect how to cook it, it’ll surely taste good. Also, I’m proud to live in Australia and call it home, I have an Australian wife and kids, and by buying local I’m supporting the region and Australia in a small way – even if I was born a Pom.

You’re a father to two young boys. What are your stand-by family dinners that you can fall back on in a rush?

I don’t think there’s anything wrong with breakfast for dinner if you’re in a rush – we call it cowboy dinner. I use free-range animals so that’s important. My other go-to’s would have to be a simple pasta or free-range chicken thighs, quickly marinated in yoghurt with spices, then grilled with some veggies. Or a jacket potato is a good option too. I microwave the spud for 10 minutes first, then put it in a hot oven on a tray for 8 minutes and it’ll be cooked, fluffy and ready, and you can use up any leftovers from the fridge as toppings… it’s a great way to clear the fridge.

Finally, what does breakfast, lunch and dinner look like for you on an average day?

Breakfast looks like two fried, boiled or scrambled eggs on toast with kimchi. Lunch could be anything – a quick salad or a pie from the pie shop (my business next door to Pope Joan) or one of Pope Joan’s bloody tasty sandwiches. For dinner my wife Sharlee cooks mostly, and I love her rice with fried pork & eggplant dish – I add chilli.  The recipe’s in our new book, Mr & Mrs Wilkinson’s How it is at Home, and I love having it every week.

I think the bible says “know thy neighbour”, and in today’s times I reckon it should be “know thy farmer” – or at least a few. They’re bloody legends!