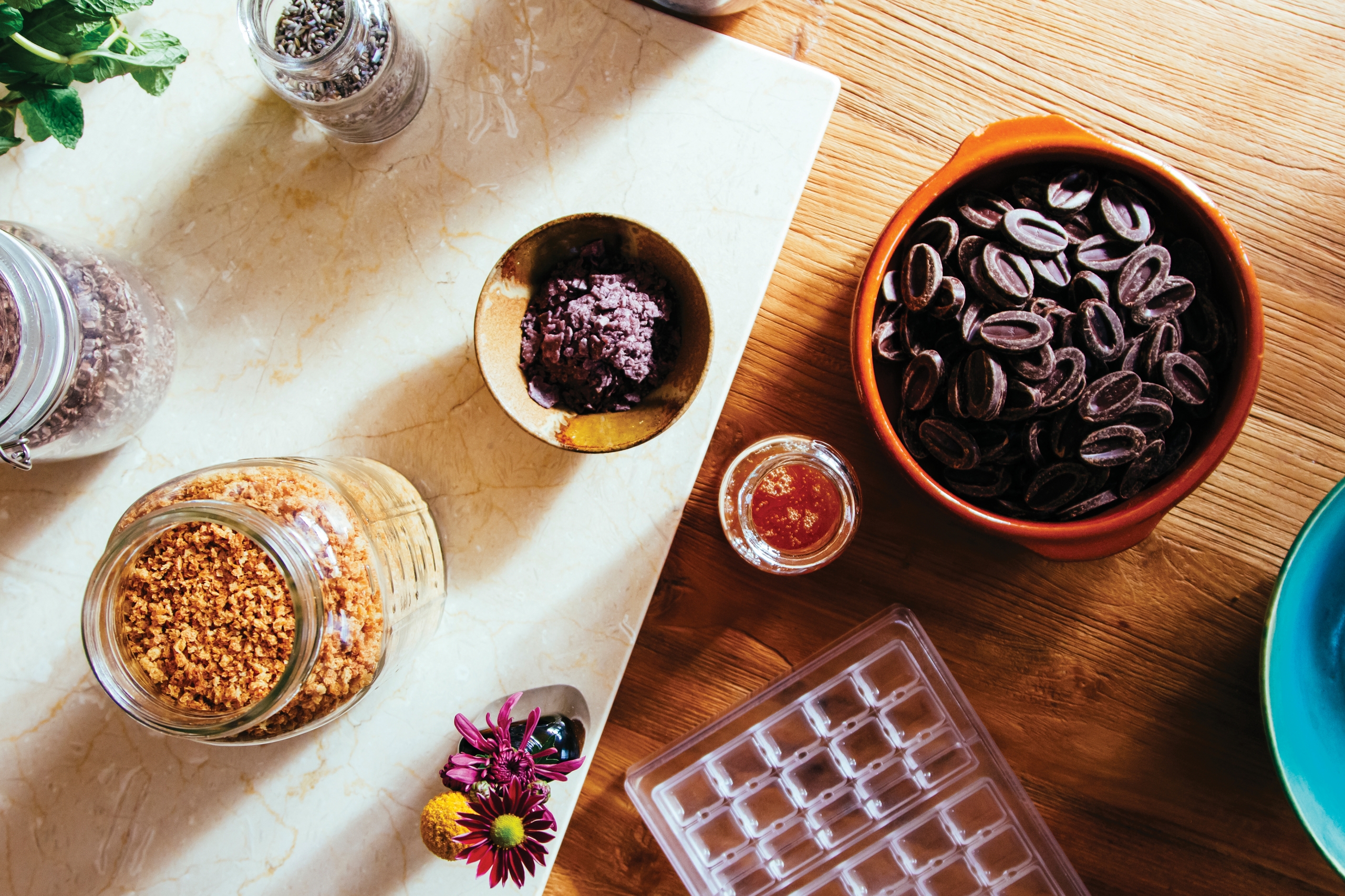 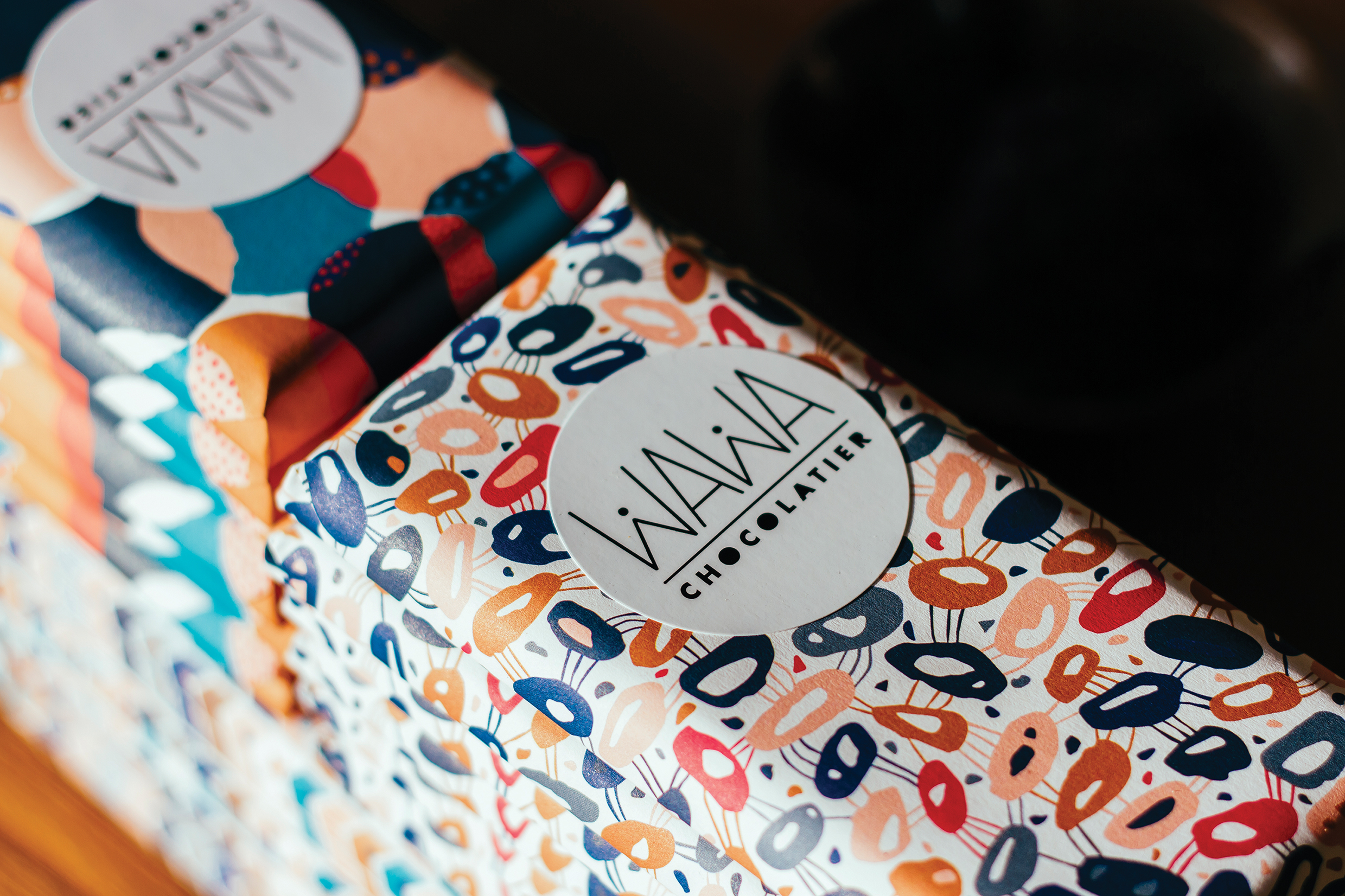 So seriously, in fact, that she’s turned it into a small but thriving ethical business. From her tiny Melbourne kitchen, Jade – a former watermelon farmer with a fierce sweet tooth – uses local produce and manual tempering techniques to create small batches of handmade chocolate goodness under the name Wawa Chocolatier. With their distinctive wrappers and delectable flavour combinations, Wawa creations are garnering plenty of lip-smacking love from customers across Australia – but while Jade’s enjoying the taste of success, she’s also committed to small-scale, sustainable production for a sweeter business model.

When Jade moved from the rugged, dramatic beauty of the Kimberley to the thrumming inner Melbourne suburb of Collingwood, the transition was more challenging than she’d anticipated. Born and raised in Western Australia, Jade moved north to the Kimberley in her early twenties to study horticulture. “I drove tractors and trucks, supervised teams of up to 40 people, took care of bookkeeping and payroll, and was the local beekeeper,” she remembers. “My everyday was diverse and challenging and full of responsibility.”

While the end of a relationship prompted her move interstate, “underlying it was a desire for complete immersion in something new and the need for a creative outlet,” Jade reveals. “I moved to Melbourne with the plan to party hard and learn how to make wedding cakes for 12 months, then move back to WA. But I made great friends, fell in love and ended up staying.”

Nonetheless, things didn’t quite go according to plan. In the city, Jade’s skills didn’t translate – “My options were whittled down to cafe work and basic office admin. I was lost.” 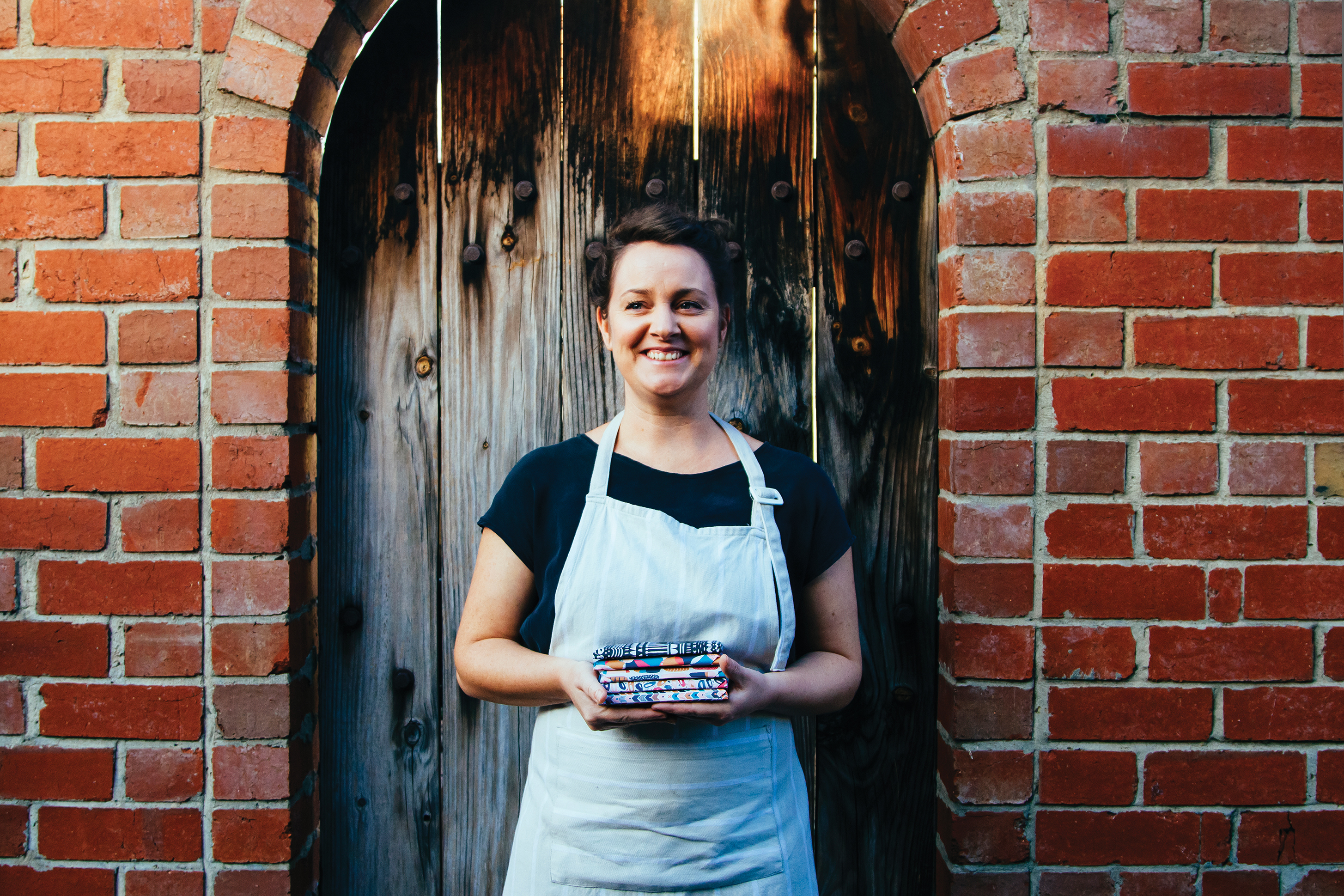 Underlying it was a desire for complete immersion in something new and the need for a creative outlet.

She was also enterprising. If Melbourne wasn’t going to offer Jade the right sorts of openings, she’d create them for herself by starting a business. “I took a job as an office manager for Savour Chocolate and Patisserie School, but I wanted to be in the kitchen more than the office!” she laughs. “I’ve always loved chocolate and am happiest when I’m working with my hands, so it was an exciting idea.” Never one to waste an opportunity, Jade was soon under the chocolate-making tutelage of the school’s founder, Kirsten Tibballs. “Her skills and creative talent are amazing, but she’s also a killer example of a woman in business,” Jade says. “Meeting her and being involved with Savour School was the beginning of Wawa.”

Once she’d kitted out her kitchen with a six-litre melting tank and a marble slab, Jade got down to business. “The longest part of the process was choosing the right chocolate and developing recipes,” she remembers. “Once I could explain to others what my ideas and concept for the business were, the rest was really organic. My close friends, Sarah Fitzpatrick and Gemma Wilson, came up with the designs for the packaging and took care of all the branding. It was a dream process – they’re so damn talented.” Jade was still working three to four days a week, which allowed her to develop Wawa in preparation for its debut at Coburg Night Markets in 2014. “That was the first time I wrapped the bars and sold them,” she says. “It was nerve-racking, but it felt great.”

Read more in Issue 30 of Peppermint – in stores now until the end of August.