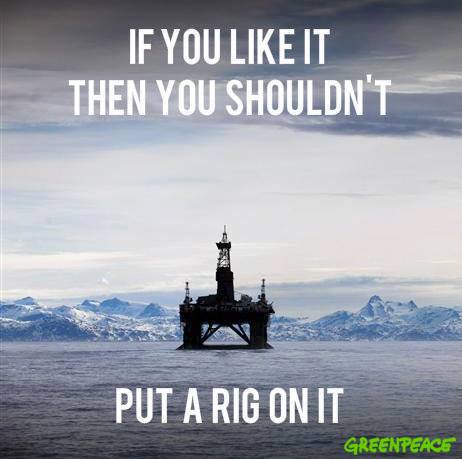 While the ALS/MND Ice Bucket Challenge has been grabbing headlines this fortnight, there’s another crowd-pleasing campaign that’s been floating around social media. This clever graphic from Greenpeace UK is part of their Save the Arctic initiative, creating awareness about proposed legislation to declare the Arctic a global sanctuary and ban offshore oil drilling and industrial fishing in the region. ‘If you like it then you shouldn’t put a rig on it’ isn’t Greenpeace’s only petition to sample pop-culture of late – they also have a related campaign out to break an advertising deal between Shell and Lego, which comes with a very creative children’s video for a kid-friendly look at the effects of climate change. Visit Greenpeace Australia to make yours one of the 6 million signatures needed to set this campaign on its course.