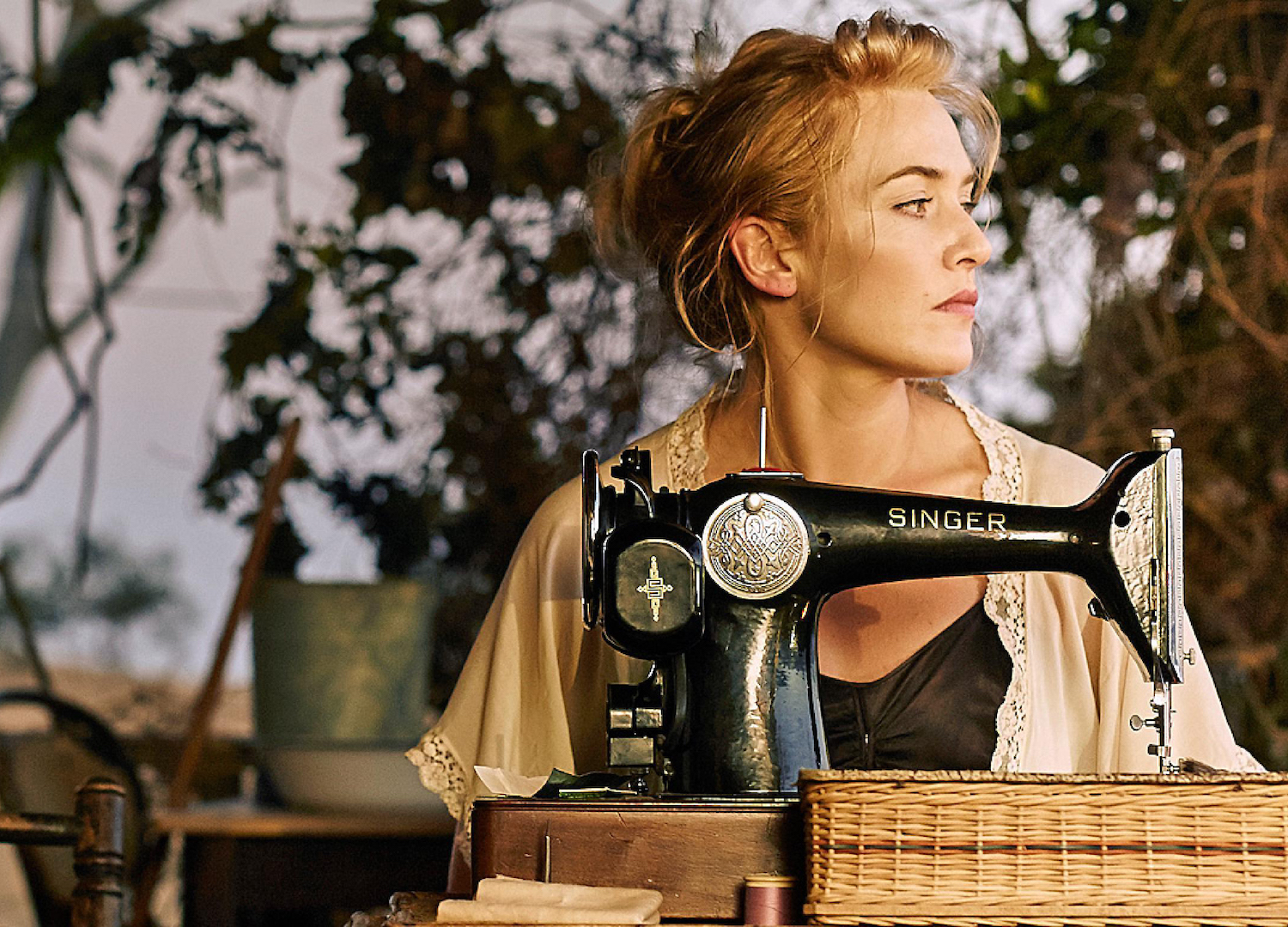 Sewing is an act of creation, transformation and art – communicating and defining your personal identity to others, and yourself. Damn… that’s some powerful stuff. Real weighty themes. So why aren’t there more movies about the magic of sewing? You’d think Hollywood would be more appreciative of the humble seamstress, given the importance of fashion and costume design to the medium of film as a whole?!

No matter, we’ve taken it upon ourselves to compile the ultimate list of sewing films – whether it’s the central nexus of the plot or simply the star of some of the most iconic scenes (hint, hint: curtains). So sit back, grab some popcorn and prepare to be inspired!

This absolutely iconic Australian film stars Kate Winslet as Tilly Dunnage, the titular dressmaker, who returns to her sleepy country hometown to wreak havoc (and revenge) using only the sheer power of her sewing skills. Described by director Jocelyn Moorhouse as “Clint Eastwood’s Unforgiven with a sewing machine”, the film mixes a heaping helping of darkness with its whimsical comedy and stunning visuals. The costumes are abundant and extravagant, requiring two award-winning costume designers to split the load: Margot Wilson was dedicated solely to Kate Winslet’s glamorous looks, while the dressmaker’s many creations were handled by Marion Boyce, the genius behind the sumptuous historical fashion of Miss Fisher’s Murder Mysteries. 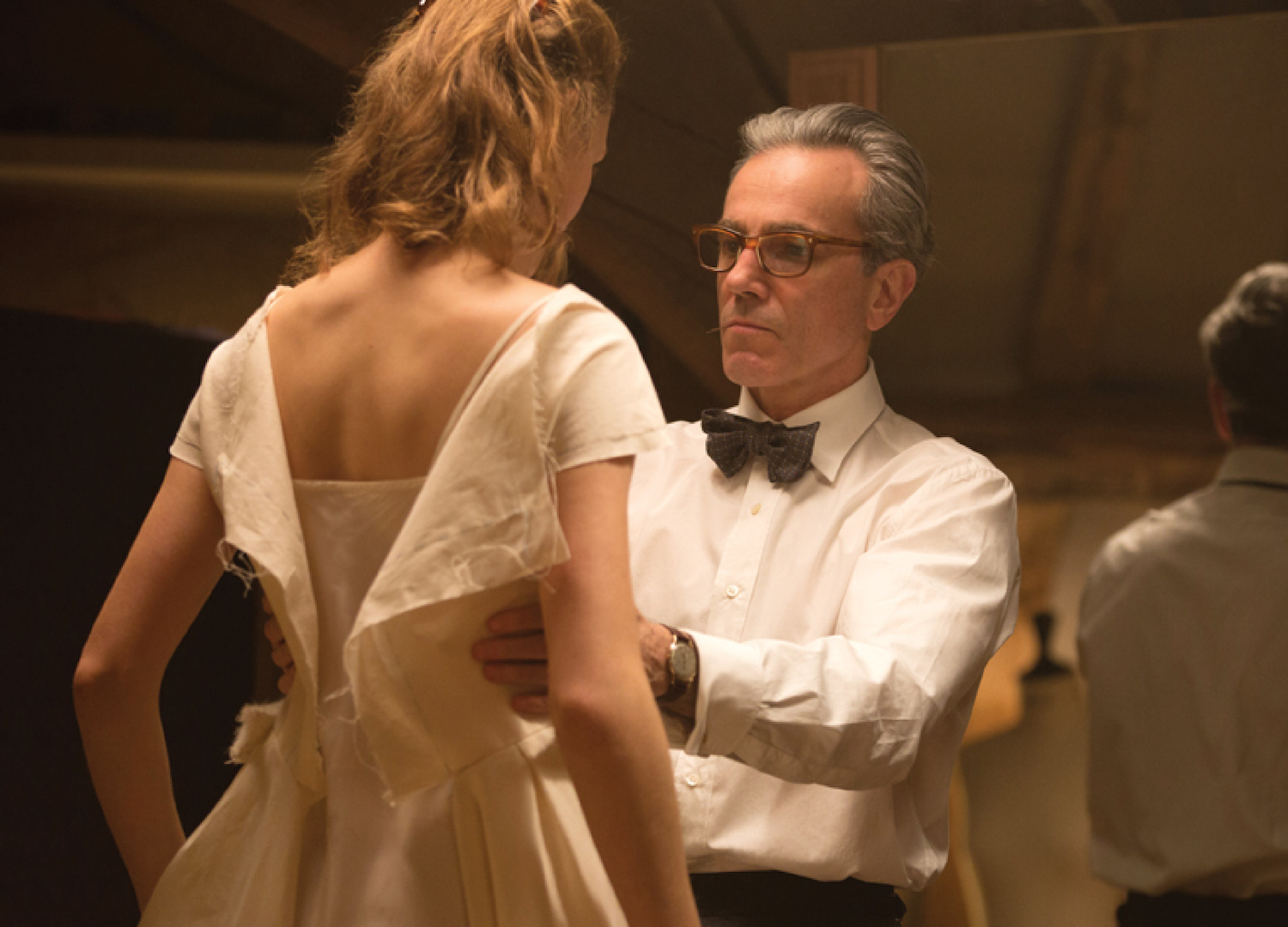 Paul Thomas Anderson’s Phantom Thread takes us inside a 1950s London fashion house run with fanatical precision by the obsessive and controlling Reynolds Woodcock – played by Daniel Day Lewis. Through tense dress fittings, immaculate embroidery and glamorous fashion shows, the film follows the turbulent relationship between Reynolds and his latest muse Alma. The constantly shifting power balance and sexual dynamics of their romance resolve in a twist that will have you saying, “Oh, OK. Well if that works for them, I guess.” A treat for any vintage fashion fan.

Aurora has the honour of being the only Disney Princess whose iconic ‘Princess Dress’ was shown being made on screen. A couple of others are magically poofed into being, but despite their impressive powers, the Fairy Godmothers put in the effort to drape, sew and trim Aurora’s gown themselves, though they did pull out their wands to settle the serious debate on colour (Team Blue forever). 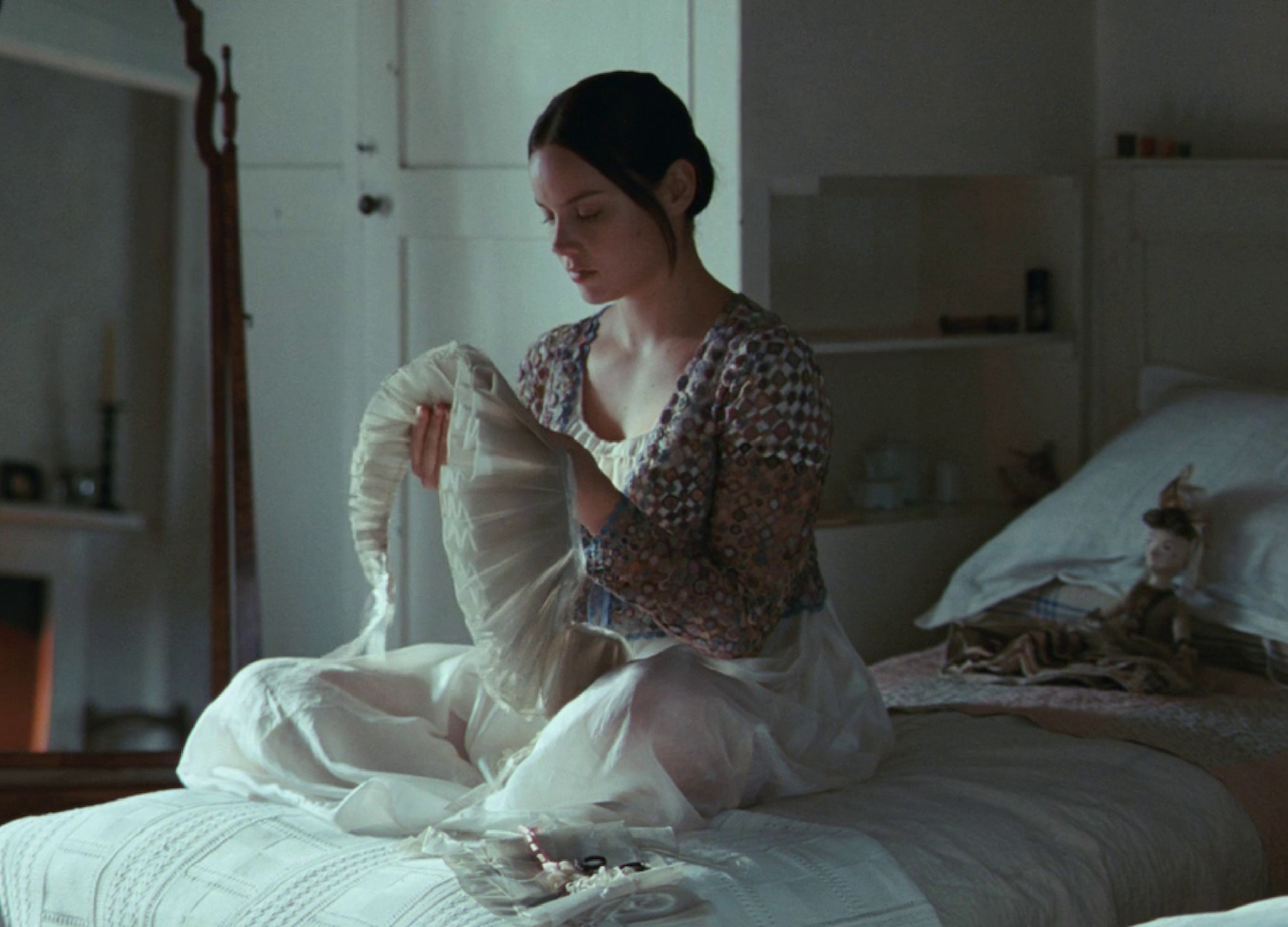 Bright Star retells the doomed love story of John Keats (famed poet and noted tuberculosis sufferer) and Fanny Brawne (Regency fashionista and home sewist). Though most would recommend it as a delicate and lush exploration of love, death and poetry, it’s a not-so-insignificant plot point that while Keats’ primary artistic expression is the ode, Fanny’s is fashion. She spends much of the film engaged in her passion for crafting dresses, hats and other garments for herself, and her loved ones, and her quirky creations set the film’s costumes apart from other Regency dramas and their pretty, pale muslins. It’s an interesting insight into the world of pre-industrial sewing and fashion design.

Hands up who liked the dress Cinderelly’s mice friends sewed for her? It may not have given her the same dramatic results as the ball but it’s got some cute vibes and is really impressive work for mice! They even sing a fun little song, though it does feature the randomly sexist line, “Leave the sewing to the women, now you go get some trimmin’.” It’s possible the little girl mouse was just reaching a rhyme for trimmin’ because we do see some boy mice joining in on the fun later – #FeministWin. 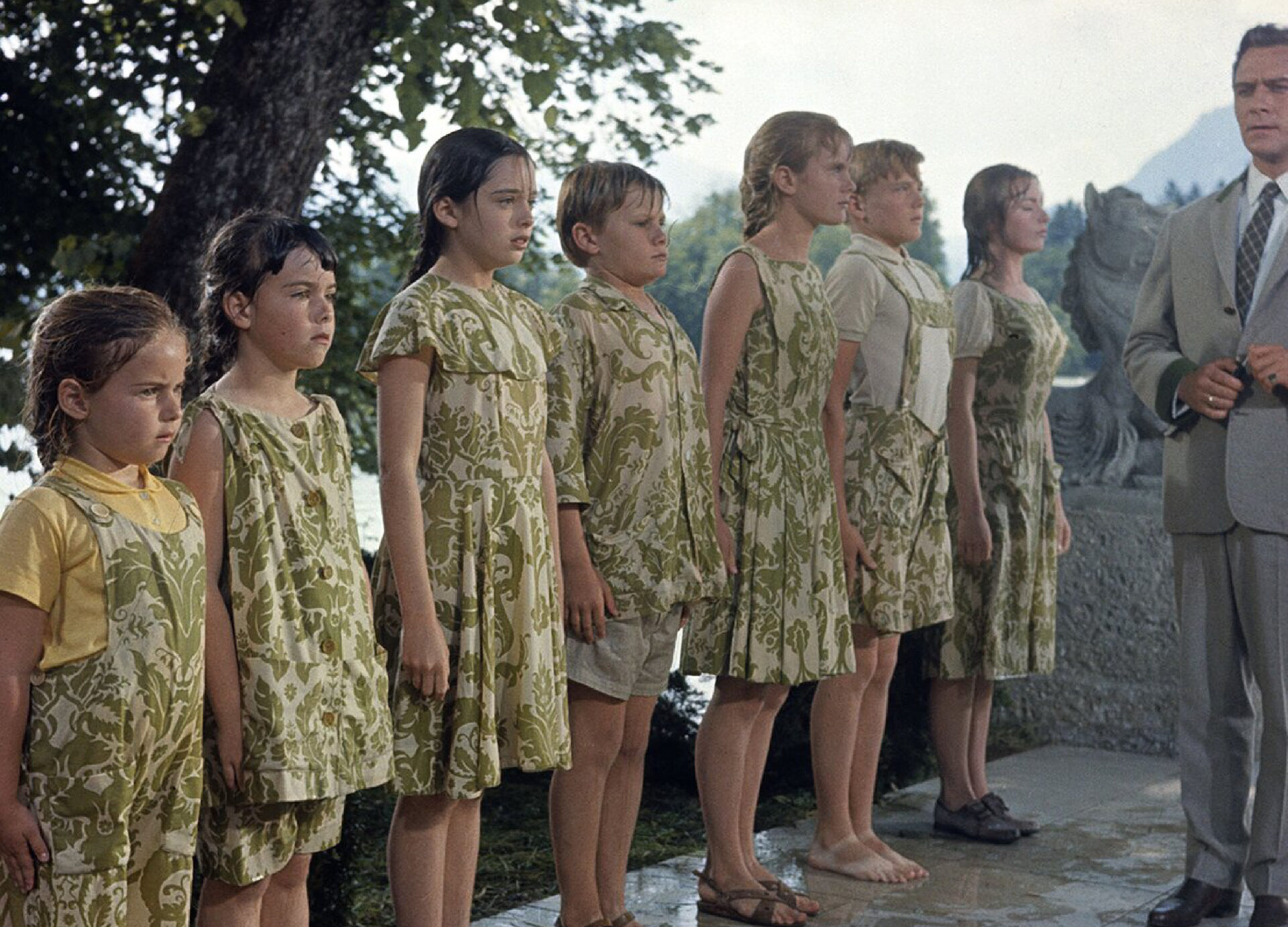 The Sound of Music

Julie Andrews’s Maria is a #memade icon. Upcycling household textiles? Drafting and sewing seven unique looks to suit each kid’s style? In one night? Iconic. We wish we had her hustle. Other stuff happens in that film, but we can thank Maria for the lingering looks we give to any curtains we pass to this day, wondering… would that make a sick playsuit for me and my six-man squad?

Speaking of iconic, the essential Molly Ringwald classic, Pretty in Pink, is remembered for heroine Andie Walsh’s offbeat homemade style and the Cinderella moment where she transforms two different prom dresses given to her by assorted parental mentors into her unique “pretty in pink” look. While to modern eyes the deeply 1980s final product may be a bit… divisive, Andie takes what the world gives her and turns it into something that reflects her own true self which is what sewing your own clothes is all about.

READ MORE: 10 OF THE BEST SEWING PODCASTS SO YOU NEVER HAVE TO SEW ALONE 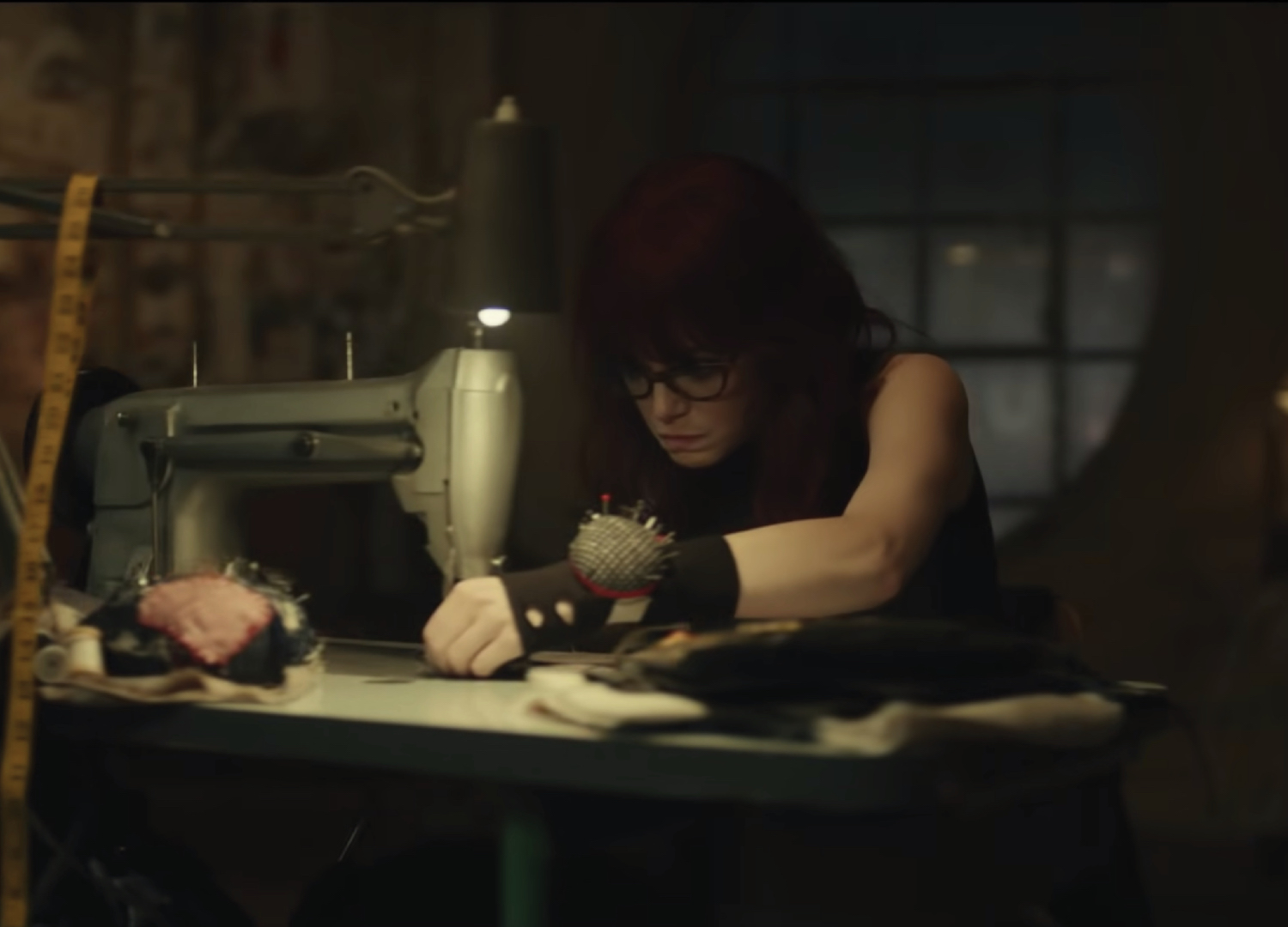 Far be it from us to recommend another entry in the cavalcade of unnecessary prequels hamfistedly justifying the actions of some notoriously villainous personality as a result of their ‘tragic backstory’, but Cruella or, as it has been memorably called, “The Joker for women,” is at its most creatively interesting when it focuses on the villainess’s burgeoning fashion career. From Emma Thompson’s extravagant Dior-like haute couture to Emma Stone’s more punk rock, Vivian Westwood-inspired looks, the film’s costume designer Jenny Beavan (multi-Academy Award winner known for her work in A Room with a View, Howards End, Sense and Sensibility, and, of course, Mad Max: Fury Road) was having the most fun. At its best, the film captures the sheer megalomaniacal power you feel when you bring your fashion visions to life.

Just like Molly Ringwald, Sissy Spacek’s Carrie also sews her own prom dress… though things didn’t work out so well for her, not through any fault of her stylish silk sheath. At its heart, the film is a timely reminder not to be too precious about your makes. In the course of living your life clothes may be stained, ripped, or covered in pig’s blood and there’s no point crying about it or setting a gymnasium on fire with your mind. 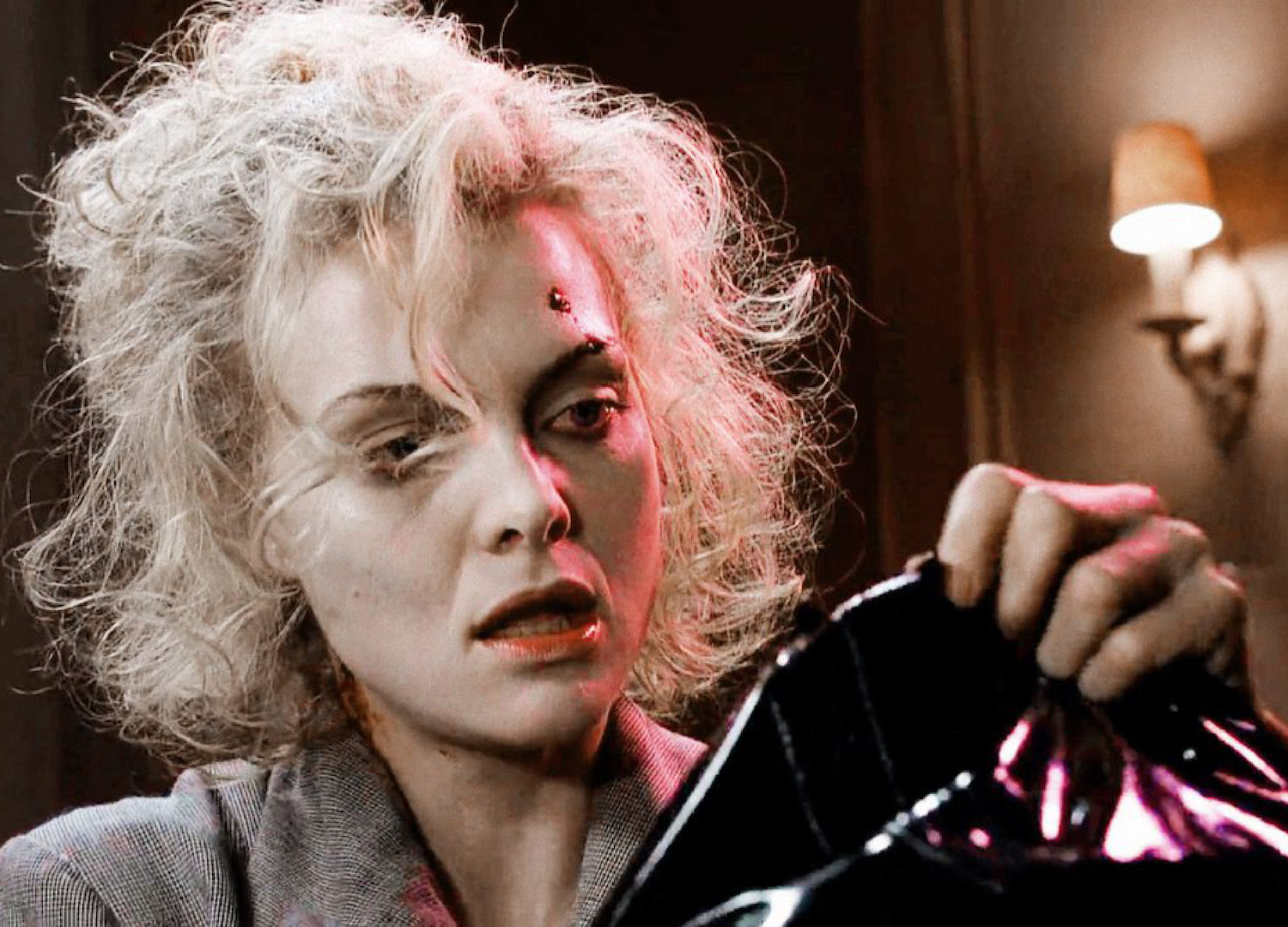 Batman Returns should really have been called, ‘Michelle Pfeiffer’s Catwoman (and also Batman is here)’. She dominates the film in terms of character, acting and, of course, looks. The incredible transformation scene where Selina Kyle returns home after being pushed to the brink by her villainous boss and starts trashing the place, destroying all relics of coy femininity that surround her, culminates in her pulling out her sewing machine and slicing together her notorious Catwoman costume. Why did this prim and repressed secretary have a supply of black latex in her fabric stash? Well, we all have some strange stuff we’re saving for a special rainy day when we’re granted magic powers by street cats, right? Right, guys?

One of the most important scenes in Disney Fashion History – a scene that may have altered the future of superhero costume design forever – was when Edna Mode strolled onto the scene and changed the whole game with two simple words. Say it with us, “NO CAPES.”  Edna was created (and voiced by) director Brad Bird to answer the question, “Who makes all of these complicated superhero outfits?” She is widely believed to be stylistically inspired by Edith Head, the seminal Old Hollywood costume designer responsible for the most famous looks of Audrey Hepburn and Grace Kelly, whose signature look also included round glasses and a slick black bob.