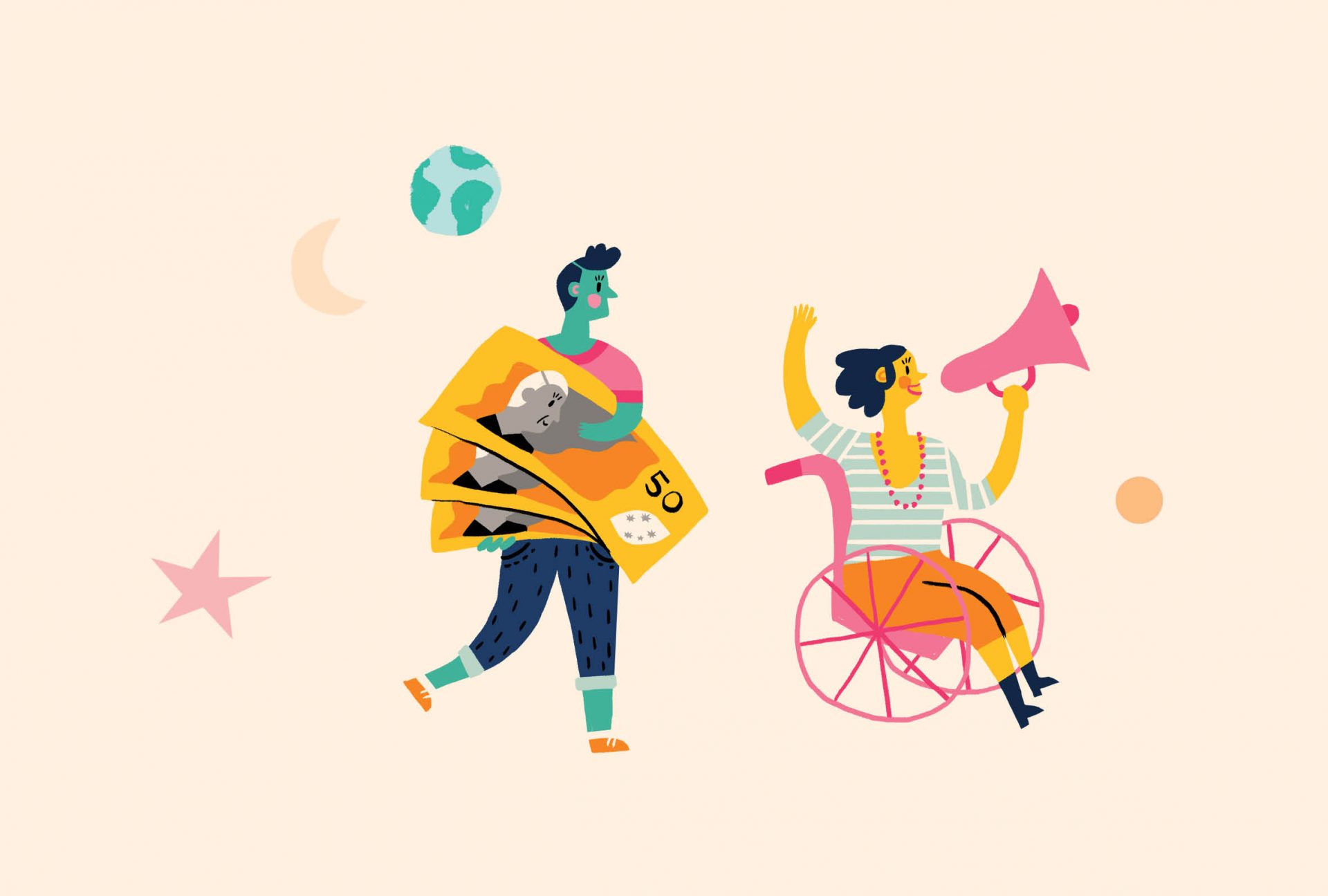 Global warming, plastic pollution, societal inequality, female education in the developing world, the plight of asylum seekers, animal rights – whatever you’re passionate about, there’s a cause that could use your voice.

It’s been said that we’re now entering Generation ‘A’ – the era of the activist. People are starting to understand that, to truly create change, we have no choice but to make activism part of the fabric of our daily lives.

For many, the term ‘activist’ will conjure images of people marching down city streets with placards or chained to trees; but while these more radical acts of civil disobedience are admirable, they are certainly not the only ways to be heard. In these modern times, let’s look at some alternative ways to use our choices and voices to drive change.

First, get clear on the issues that matter to you.

These days it’s hard to get to the end of a news bulletin without feeling a sweaty, breathless panic sweep in. With problems so wide-ranging in geography and scale, it can lead to a sense of existential dread and one lingering question: where on earth do you start? (Literally.) The official term for this train of thought is ‘eco-anxiety’ and let’s just say, it’s a mood.

The problem with anxiety is that it can quickly atrophy into apathy – and then no one wins. Before this sets in, make your new mantra: “You can do anything, but you cannot do everything.” Instead of becoming overwhelmed by all the things, choose to start small (preferably local) and focus on an issue you’re passionate about. Keep your eyes open and see what grabs you. Is it a local development proposal that might affect you? Or is rubbish building up in your nearest creek? If something moves you, start to learn what you can do about it and then take action to get involved in the solution.

With conscious consumption on the rise, it’s clear that consumers understand the power of rewarding companies that ‘do the right thing’. We’ve got the memo to vote with our dollar – however, so often we forget the important final step: to be explicit about the reasons we choose one business over another.

It’s an undervalued act of everyday activism to open lines of communication with brands and underline the issues that influence your decisions, ergo their bottom line. Companies pay big money for market research and are therefore generally receptive when you offer it for free.

While most companies have feedback pages on their sites, social media can also be a powerful forum. By conversing in a public (but positive) way, you open up an opportunity for other consumers to learn, ask and communicate their own concerns. It also provides a great opportunity to give publicity to companies that have taken an ethical stance.

Here’s a simple template you can use to get the ball rolling: “Hey Company A. I really love that your competitor Company B doesn’t use palm oil in their corn chips, which is why I always choose to buy them. Can you please tell me if you have plans to phase it out in the future?”

Host a movie screening with meaning.

We’ve all seen one of those documentaries – films that entirely and irrevocably change the way you see the world. You find yourself unable to stop thinking or talking about them and you’re desperate to find a partner in conversation to help digest your feelings.

Given most of us love a trip to the cinema, why not host a community screening where people who are actually interested in the topic can opt to watch it? Not only are they easy to organise, but it’s a great way to meet like-minded locals and fellow activists.

Most filmmakers provide plenty of information on how to screen their documentaries. Many local councils are supportive of these sorts of community events, and local halls and libraries are cheap to hire out. If you want to go the whole hog, there are also on-demand film services, such as Demand Film or FanForce, that allow you to propose an event at a local cinema and crowdsource a viewing. You’re in charge of the promotion (posters outside schools and shops work a treat), and if you sell enough tickets they’ll screen your movie. If not, they won’t; it’s zero risk. Most cinemas also have equipment you can use if you want to host a Q&A after the film (another fantastic way of meeting local legends). My current recommendations would be 2040 and Peloton Against Plastic – both inspiring watches that will stoke the hope of anyone who sees them. 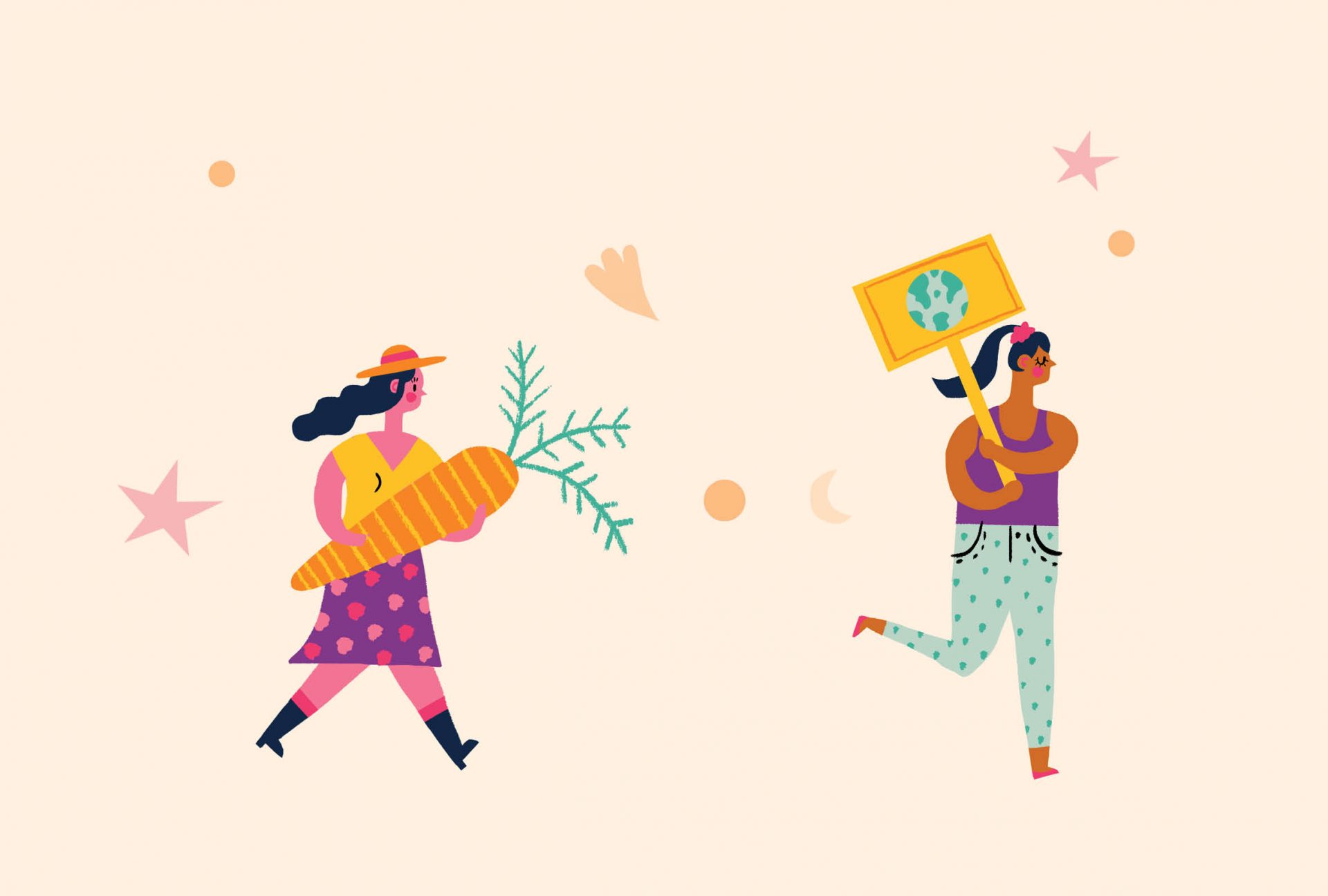 We’ve all heard of clean eating, but what about clean money? Just as ethical eating requires us to consider the true impact of the food on our plates (from production to packaging), ethical banking asks us to pursue the same line of enquiry with our finances.

Despite being such societal stalwarts, financial institutions can often still feel enigmatic. Their role in environmental, social and cultural issues often isn’t obvious to customers, but as Bank Australia explains, “a truly responsible bank can make society better because where people and organisations put their money has a big impact on the world”.

The reality is that banks are a vital cog in the fight against climate change and other issues. They can use your money to fund sustainable industries or, on the flipside, they can use it to support practices you are totally opposed to – a new coal mine here, an intensive farming operation there – without you even knowing it. And many of the big banks in Australia do fund these types of industries.

When choosing a bank, it’s important to consider the industries it supports and how transparent it is about it. Bank Australia is a bank with ‘clean money’, as they refuse to invest in industries that do harm, such as fossil fuels, intensive animal farming, live exports, gambling, arms or tobacco. If in your everyday life you would never dream of supporting these industries, find a financial institution whose values align with your own so you can put your money where your mouth is.

Just six years ago it might have been possible to walk past a clothing store and its racks of impossibly cheap garments without too much extra thought. However, that all changed on 24 April 2013 with the Rana Plaza factory collapse in Bangladesh, in which 1134 garment workers were killed. The despair of it all and our consumer culpability inspired Carry Somers and Orsola de Castro to co-found Fashion Revolution – a movement demanding better working conditions for those vulnerable to being exploited in the name of fast fashion.

Now, every April, you can take part in a digital flash mob demanding transparency from brands regarding the manufacturing of their clothes. All you need to do is tag a clothing brand’s social media handle in a templated ‘Letter to the brand’, which asks the million-dollar hashtag – #WhoMadeMyClothes?

Since its inception, millions of people have taken part in the revolution and shown that consumers care about the rights and safety of garment workers. It has led to real, lasting change within the industry, with many brands becoming more transparent about their supply chain, including Marks & Spencer, Levi’s and H&M.

Write a letter to your local MP.

We’re blessed to live in a democracy where we have the opportunity to vote and make our voices heard – but often we forget the power of using our words. While it may seem like no big deal, writing a letter is a powerful act. It’s even been estimated that one letter has the impact of 50 emails saying exactly the same thing.

Every geographical area in Australia has an MP who represents them in parliament – if you don’t know yours, a quick google will shed some light. From there, you’ll easily be able to find their website, which should clearly state their values and key objectives, as well as their postal address. In your letter you can briefly introduce yourself, letting them know you live in their electorate, and explain the reason you’re writing to them – for example, you’re concerned about a proposal that will destroy a local wetland or you want more money invested in renewable energy.

Voice the reasons you think this would be a mistake (maybe choose to focus on the social, cultural, environmental or economic importance of this issue), and ask them a question about it. End the letter by saying you’re looking forward to hearing from them.

Hey presto! You’ve started a relationship with your local member, who has a direct line to the House of Representatives. For the parents among us, you could get your kids to write their own letters at the same time for some added oomph.

In 2018, Greta Thunberg was just a 15-year-old girl sitting by herself outside the Swedish parliament building. Just over a year later, she led the largest climate strikes the world has ever seen. Before she commenced her strikes, she worried that she was just a little girl, too small to make a difference. Well, it turns out that even the smallest stone can cast ripples that are felt around the world.

You are just as powerful as Greta. If you feel strongly about an issue, start talking to your friends about it. Tell them what you’re doing and why it’s important to you. Invite them to join you. If enough of us stand up for the things we believe in, it might just make a world of difference.

THIS POST HAS BEEN CREATED IN PARTNERSHIP WITH OUR FRIENDS AT BANK AUSTRALIA.